The inclusion in the exclusive list of publicly-listed companies is the latest in a string of wins for the Mawson Lakes company, which makes metal detectors and military-grade tactical communication systems.

The quarterly S&P Dow Jones indices adjustments were announced last week and will take effect from the opening of the market this morning (March 22).

The S&P/ASX 200 is designed to measure the performance of the 200 largest index-eligible stocks listed on the ASX by float-adjusted market capitalisation.

Andromeda Metals, which is edging closer to a final decision on developing a halloysite-kaolin mine on Eyre Peninsula, has been included in the All Ordinaries for the first time.

The All Ords lists the nation’s largest 500 publicly-listed companies.

But the rebalance wasn’t all good news for South Australian companies with a few firms slipping down the ranks.

Duxton Water Limited and aerial mapper Aerometrex Limited lost their place on the All Ordinaries less than a year after they were both added to the index in June last year.

The Adelaide-based company behind a reusable cup designed to reduce waste and costs for event organisers scored its first major customer – Gluttony – following a partnership with a local manufacturer and private investment to get the company off the ground.

eCup founder and creative director John Maule said 11,000 of the keep cups had been used at the Adelaide Fringe Festival venue, with orders for a range of smaller festivals across the state in the works for later this year.

Made from polypropylene, the eCup was designed as a replacement for single-use plastic cups at events, in a bid to reduce the waste and costs associated with their collection.

Maule previously told InDaily, the eCup took its name from its ability to link with digital platforms.

“We’ve created and developed a cross-media platform which … you can actually print or scan any photo on that in-mould labelling and that will direct it to a website,” he said.

The eCups were originally set to be manufactured in China, but a weakened Australian dollar and desire to stimulate the local economy following the biggest national unemployment crisis this century had driven the price for a locally made mould down to about a third of its previous estimate.

Smartwatch company Spacetalk has entered into an agreement with Pure Asset Management to enable it to access loans of up to $5 million to fast track its global expansion plans.

The South Australian company, which changed its name from MGM Wireless last year,  also announced on Friday that Telstra had agreed to sell its Spacetalk Adventurer devices through its vast network of retail outlets in Australia.

The company’s share price jumped from $0.11 to $0.16 on Friday following the announcements.

“It is an extremely exciting time for Spacetalk as our expanded product suite continues to print strong top-line growth,” he said.

“The Company is now looking beyond our category leadership in ANZ to the massive global market opportunity.” 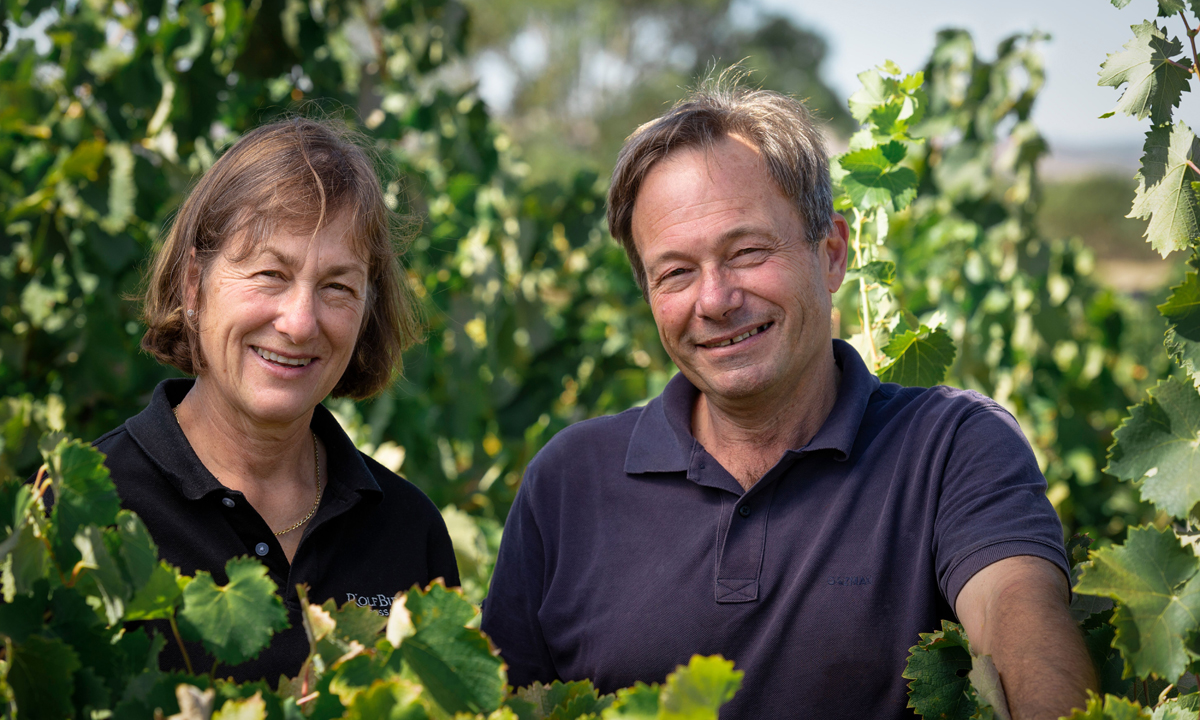 Siblings Rolf Binder and Christa Deans have sold the Barossa wine business started by their parents in 1955.

Barossa Valley winery Rolf Binder has been sold to global wine company Accolade after more than six months on the market.

Owned by brother and sister Rolf Binder and Christa Deans, whose parents established the business in 1955, the sale includes more than 100 hectares of vineyards across five sites, a 1000-tonne capacity winery and cellar door

However, the sale does not include the brands JJ Hahn and Magpie Estate.

Accolade has been owned by American private equity company The Carlyle Group since 2018.

The acquisition is subject to Foreign Investment Review Board approval.

Rolf Binder will continue to manage the business during the interim period until the sale completes on April 30.

Rolf, Christa and staff will work closely with Accolade to ensure a smooth transition. It is Accolade’s intention to continue the Rolf Binder brand and to retain the brand’s rich heritage and history

Rolf Binder produces about 40,000 dozen a year, much of which is exported to the UK and Europe.

The present 1000-tonne winery site on the corner of Seppeltsfield and Stelzer roads at Stonewell was initially built in 1998, ready for the 1999 vintage.

It is co-located with the cellar door and 25ha Chri-Ro Vineyard, which is predominantly planted with Shiraz.

The other four vineyards are dotted around the Barossa and all feature Shiraz with other varieties including Grenache, Cabernet Sauvignon, Semillon, Mataro and Malbec.

The announcement last week follows the submitting of a mining licence application with state government on February 25 to develop a kaolin mine on Eyre Peninsula.

The Great White Project at Poochera, about 640km west of Adelaide by road, also contains significant amounts of halloysite, a rare derivative of kaolin where the mineral occurs as naturally formed nanotubes.

The project is a joint venture between Andromeda (75 per cent) and fellow SA company Minotaur (25 per cent).

Andromeda also has letters of intent from eight Chinese companies for 211,000tpa of premium wet refined grade product and 307,000tpa of dry-processed product.

The company released a PFS in June last year and is working to complete definitive and bankable feasibility studies in the coming months.

It hopes to break ground on the construction of the mine in February 2022.