Marden Senior College teacher Malcolm Cheffirs – who has worked in classrooms for 43 years – is speaking out about changes to vocational education and training (VET) in schools, which he says will see a number of certificate courses axed, including photography, visual arts, business studies, childcare, food and catering and spoken and written English.

The college has sent a letter to students studying those courses this year, advising them they won’t be able to re-enrol next year “due to a change in Department for Education policy”.

Cheffirs has told InDaily that 15 classes will be lost at the school over the next year, affecting up to 260 students a year.

He says it will leave only two certificate courses for 2022 and beyond – in Education Support and Media (Gaming and VFX).

The letter from the college, seen by InDaily, says students will only receive their full certificate if they “achieve all units of competency by the end of the duration of the course which is mid November, 2021”.

Students have been told they will receive a “statement of attainment” if they achieve some of the units.

“It’s dictating the choices they have got for selecting their career pathways,” Cheffirs said.

“I don’t think the government has a mandate to tell students what they can and can’t study.”

The changes are part of a major government shakeup of the sector – dubbed Flexible Industry Pathways – aimed at investing in courses linked to 26 “key growth industries”, including aged care and disability, plumbing, cyber and manufacturing and engineering.

Education Minister John Gardner told InDaily “the reason the Government is undertaking these reforms is to ensure that students doing VET subjects do so in the knowledge that they can lead to a job”.

“Courses that are a waste of students’ time and taxpayers’ money will not be supported,” he said.

Cheffirs – who teaches photography at Marden – said that was an “outrageous” comment from the minister.

“It’s misleading to the public. It’s very misleading. I’d like to know what school is offering a subject that’s a waste of time.”

“If you look at the Bureau of Statistics and you look at how many people are employed by the arts industry and the GDP it brings in across the country, it’s phenomenal,” he said.

“A lot of our arts students have actually developed their own businesses. That’s employment.”

Cheffirs accused Gardner of “ignoring the pathways that these courses lead to”.

“Very rarely will industry employ people straight out of school without any further training,” he said.

“John Gardner is dreaming if he thinks that every student that does a certificate is going to go straight into employment. He’s absolutely dreaming.

Cheffirs said many other teachers also had concerns about the changes but were too scared to speak out for fear of repercussions.

“Limiting course options reduces flexibility for schools to cater for local needs and interests,” she said.

“It means students will have fewer opportunities to gain their SACE certificate and could lower SACE completion rates.”

Golding said the “continued uncertainty” about which courses will be funded by the Government was “unacceptable”.

“Schools across the state have offered a wide range of VET courses to suit their local contexts for years and students deserve to know what courses will be available next year,” she said.

InDaily has asked the Education Department to confirm which courses will no longer be offered next year but the department has not provided a clear answer.

An Education Department spokeswoman said “Marden Senior College can continue to offer these courses” but “some may need to be delivered in a different way, such as on the job under a contract of training rather than in the classroom”.

“Like all government schools, Marden Senior College has the opportunity to provide VET courses within a FIP (Flexible Industry Pathways) such as Education Support, Early Childhood and Screen and Media,” the spokeswoman said.

“Any other VET course can still be offered through Stackable VET or a contract of training.”

The spokeswoman said the college had “the opportunity to offer vocational learning through SACE Subjects”.

“All school students will have access to quality VET options that have been endorsed by industry that will lead to a job or further education, while still completing SACE,” she said.

“It’s being done under the guise of pathways to employment but these cuts include popular courses with great employment outcomes such as Early Childhood Education and Care, Education Support, Spoken and Written English and Food Processing,” he said.

“The smoke and mirrors needs to stop. It’s time the Marshall Liberal Government was honest and upfront with our public training providers about why they are cutting courses at high-quality institutions like Marden Senior College and TAFE.

“This is nothing short of ideological warfare – the Liberal Government won’t stop until there is nothing left of South Australia’s public training sector.”

Gardner hit back, saying “it is remarkable that Labor would want to perpetuate the continuation of courses that don’t have potential job outcomes, and it shows that they have learnt nothing from their Skills For All debacle or their catastrophic TAFE quality scandal”. 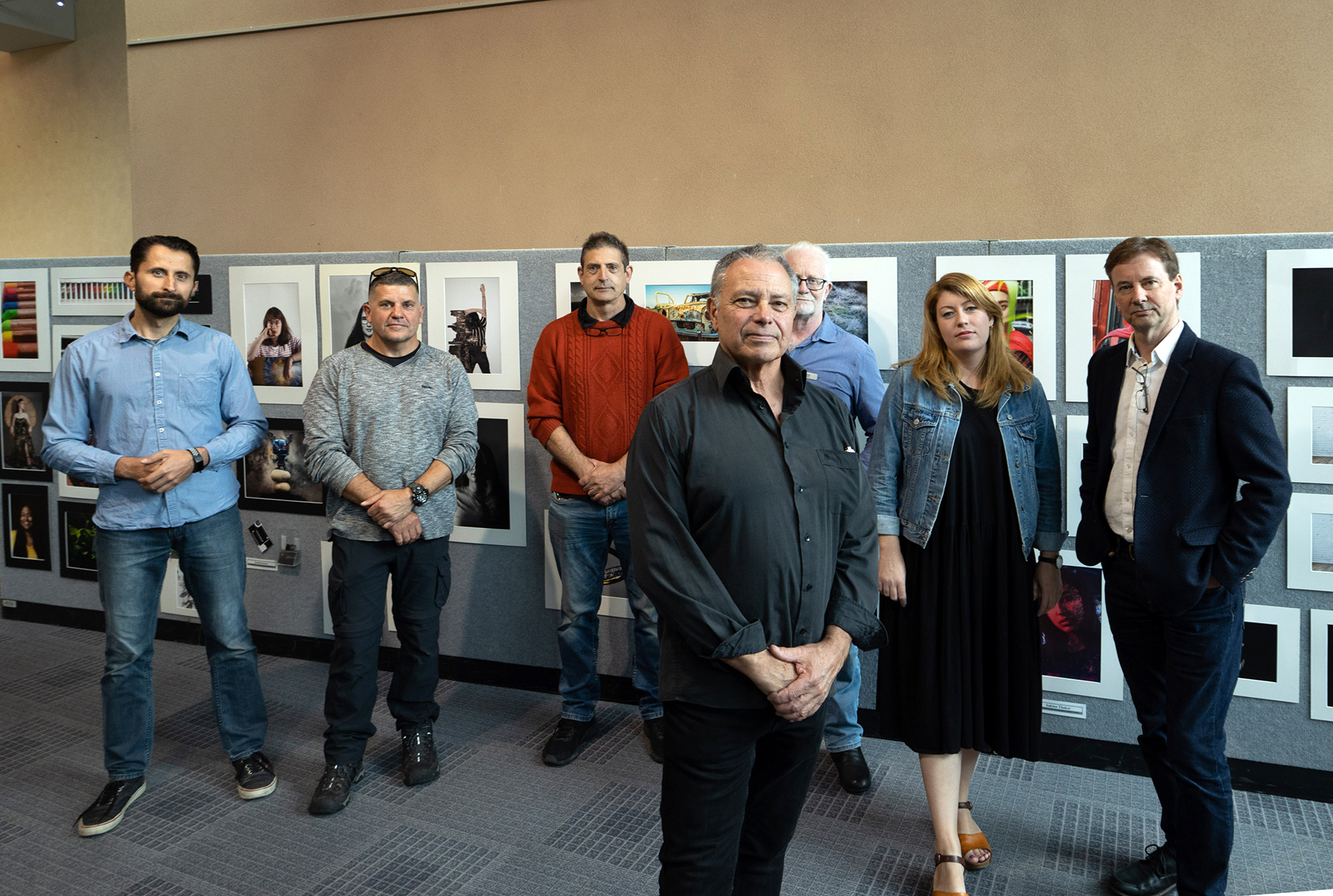 A number of photographic industry professionals and former Marden photography students also have concerns about the cuts.

The South Australian vice president of the Australian Institute of Professional Photography, David Haddy, told InDaily it was important to fund courses that weren’t just “trade-based” or “higher-level education based”.

He said some of the courses on the chopping block – including photography – were important “stepping stones” to career pathways.

“I think if you limit funding to only the most immediate short-term values, then you are limiting the long term benefits to the community,” he said.

The organisation’s national education committee convener, Paul Heck, said “our concern is that this is closing those pathways off”.

“These students are going to be left hanging and forced into courses they are actually not suitable for,” he said.

John Nieddu had to find a new career after suffering a work-related injury as a community support worker.

He enrolled at Marden Senior College in 2006, studying photography, and then went on to complete further studies at TAFE.

“If I didn’t redirect I probably really would have never worked again – I’d be permanently disabled,” he said.

“When I went to Marden, I couldn’t believe the teachers, they were so giving with their time, they really helped me.

“I got all these awards and honestly, I’m no academic.

“It would be devastating if they lose the funding for the courses they’ve got at the school.”

He graduated from Marden Senior College in 2013, and also went on to TAFE and then into a career as a photographer.

He said his time at Marden “helped me to find out my own way to achieve my career goals”.

Matt Makinson, owner of lab printing business Black and White Photographics, described the changes as “death by a thousand cuts”.

He said Marden’s photography offering was “one of the premier leading courses in South Australia as a venue for students to decide whether they do want to do that as a career, a pathway to higher education”.

“So if you remove that, there are a lot of students who won’t go on to do that higher education in photography and they’ll have to pick another vocation,” he said.

“It helped him to find his way,” Kirkman said.

“I’m not happy about these cuts.

“It’s something a private provider will do but who’s going to fund it?”