Breaking his media silence on his political plans today, Narungga MP Fraser Ellis told InDaily he still backed the Marshall Government – but would advocate first and foremost for his constituents.

Ellis hasn’t spoken about his plans since he dramatically declared a fortnight ago in parliament that he had been charged over alleged misuse of MP entitlements – and would suspend his Liberal membership and move to the crossbench.

But that move plunged the Liberals into minority government, with Ellis joining fellow ex-Liberals Sam Duluk and Troy Bell – both of whom are facing their own separate and unrelated charges – on the crossbench, alongside ex-Labor MP Frances Bedford and former Weatherill Government minister Geoff Brock.

The five this week flexed their political muscle, joining with the Labor Opposition to establish a select committee into land access regimes under the state’s mining act, as well as extending Question Time.

“Personally and individually, it’s my view that the Government still has a mandate to govern – they’re elected, and I’ll give them every opportunity to do that… but my first concern is my constituents and their best interests,” Ellis told InDaily.

“My focus will remain on my constituents and trying to achieve the best possible outcome for them – and the way in which we achieve that outcome is immaterial in some ways, as long as I get a good outcome in Narungga.”

While the mining inquiry was driven by Brock – and will see Ellis and fellow Liberal critic of the Government’s mining legislation Steve Murray sit on a six-person committee that could recommend sweeping changes – each of the ex-Liberal crossbenchers has told InDaily they intend to use their newfound influence to drive the legislative agenda to benefit their constituents.

Duluk has been a critic of Government plans to demolish the state heritage-listed Urrbrae Gatehouse, which Transport and Infrastructure minister Corey Wingard last year sentenced to demolition to make way for a road upgrade, despite an engineering report declaring its relocation was “feasible”.

“I think we need stronger legislation that would see an application to demolish heritage-listed buildings required to go through both houses of parliament, and I’m in the process of having a Bill to that effect prepared,” he told InDaily.

He’s confident he’ll get the numbers to support its quick passage, saying: “I think it can get through parliament before they get their wrecking-ball.”

“I think we’re very aware of the change in the dynamic,” Duluk said of the new-look parliament.

“I’ve got no desire to bring down the Government.”

However, he added, there are “some issues that are really important to me”, again citing the gatehouse and heritage protection more broadly, along with road infrastructure funding and stronger penalties for convicted arsonists.

“I’ll be seeking to use the changing dynamic to pursue changes in those areas,” he said.

“I’m not here to do Labor’s bidding – I’m here to do my constituents’ bidding.” 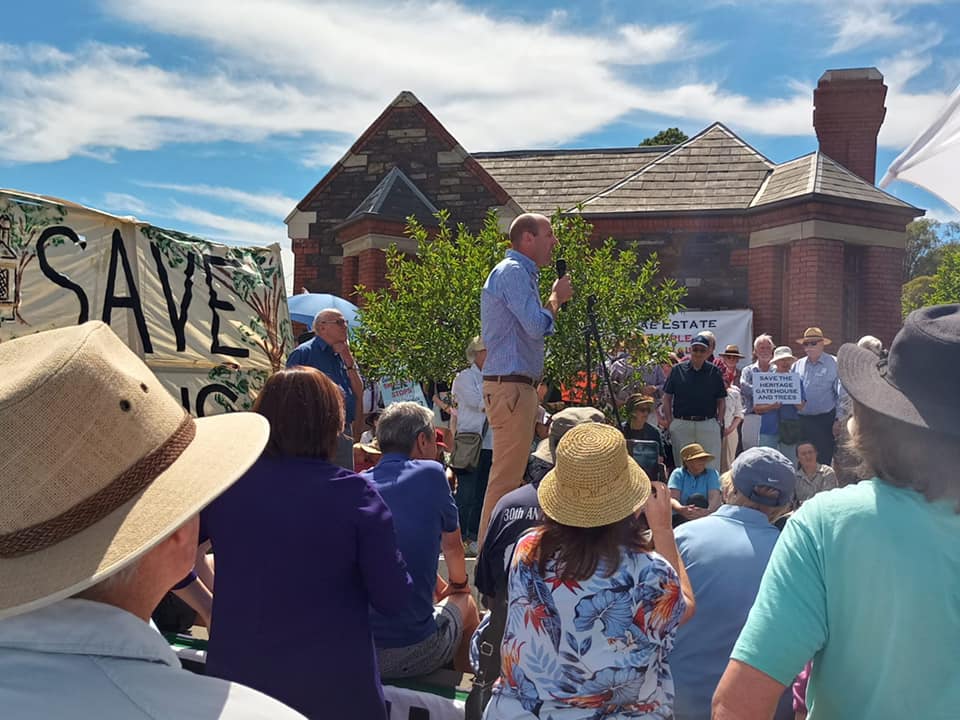 Ellis said he anticipated likely legislative recommendations from the mining inquiry, but insisted “we wouldn’t be doing our job properly if we didn’t go in with a somewhat open mind about the best way to improve the framework”.

“I’ve obviously got a longstanding view about improving the rights of landowners, and my views have been divergent from the Government’s for some time – and that’s an area that we’ll continue to have some acrimony,” he said.

“I’ve got my views about what the land access framework should be, but I don’t want to pre-empt the findings [of the committee].”

Ellis said his local party members in Narungga had been “tremendously supportive” of him since he suspended his Liberal membership.

“I can’t thank them enough for that,” he said.

“It’s still my belief that I’ll clear my name as soon as possible and return to the party.”

He noted his membership was merely suspended and “I therefore look forward to restoring it”.

Despite Steven Marshall initially suggesting that Ellis was “not a Liberal party member” and therefore might not be able to contend for preselection, the Narungga MP insisted: “The Premier’s been supportive, and I anticipate he’ll continue to be.”

Of this week’s show of political defiance from the crossbench, he said: “It was never a show about ‘this is what we can do’, it was a question about whether this can benefit my constituents.”

“I believe they’re interested in securing a better land access framework, and this is a step in that direction,” he said.

Bell, too, insisted he backed the Government’s mandate, and saw “part of our role to work with them as best we can”.

There needs to be reform of how parliament works, reflecting the current state of the House

But, he added, “it’s about making sure the independents have adequate say in the parliament”.

“We all represent out community and its really about saying, ‘hey, we’d like part of Question Time dedicated to our questions, and not having to fight with the Government or Opposition’,” he said.

“We’re just saying there needs to be reform of how parliament works – reflecting the current state of the House.”

“Every issues we’ll be raising we have been raising for some time,” he noted.

He emphasised the MPs were “not a party [but] a group of five individuals”.

“All we’re doing as an independent group is connecting with each other, saying ‘this is what I think’, and asking for briefings so we’re fully informed and voting according to what we believe our community wants,” he said.

“I do see our first role to support the current Government as best we can, but we’ll also be taking sensible and measured action that will give our community and constituents a greater say in the parliament.”