Distinguished Professor Tracey Wade – who is married to Health Minister Stephen Wade – told InDaily she had concerns about the final model of care for the Statewide Paediatric Eating Disorder Service, including that it has “created extra risk in terms of helping people manage transitions” between services that might cause them to relapse.

Wade – a globally-renowned voice on eating disorders – is a professor of psychology and director of the Flinders University Services for Eating Disorders.

“The input of the consumer was not incorporated well enough into the final model of care,” Wade told InDaily.

“Their major plea was for an integrated service that tried to prevent the problems of transition from one service to another – and that in eating disorders is particularly from an adolescent to an adult service – that’s where people can relapse or get lost to the system.

“So when you look at the model of care which has three components to it, it seems to have actually not just ignored that request but actually moved in an almost opposite direction.”

As reported by InDaily in January, the Paediatric Eating Disorder Service had stalled amid an internal dispute between chiefs from the Women’s and Children’s Health Network and Southern Adelaide Local Health Network about who should run it.

A model of care has now been finalised and it includes a multi-tiered governance structure, despite advocates calling for a “one-stop shop”.

That’s despite an earlier model of care document stating that the majority of those recently surveyed wanted a “whole of life service”, and that it was problematic for patients to have to change services once they turned 18.

Tracey Wade’s comments follow concerns raised last week by another member of the advisory group that the governance structure had been “botched”.

Mario Corena, who lost his daughter to suicide five years ago after a lengthy battle with mental health problems and an eating disorder, told InDaily authorities had come up with a complicated model of care that wasn’t the “one-stop shop” families had been calling for.

He was particularly concerned about the “integrated governance” of the new 15 to 18-year-old cohort.

“It’s made it more complicated than it should be,” he said.

“It was bad enough before and now they have made it even more confusing.”

Tracey Wade said she too had concerns about this new 15 to 18-year-old cohort.

“When they get to the 15 to 18 age range my concern is about the transition and how that’s managed, she said.

“We now seem to have two transition points – 15 years and 18 years potentially – so it’s created extra risk in terms of helping people manage transitions once they’re actually in the service, so that’s my major concern.

“They might relapse if they don’t manage the transition from one team to another. They can be a very fragile group psychologically and also of course anorexia nervosa has the highest mortality of any psychiatric disorder and so it can have quite serious consequences.”

“I’m having trouble understanding the shared arrangements and I think probably SA Health employees would similarly still not be quite clear on how it’s meant to work,” she said.

Wade said “we don’t have much time for messing around” or creating confusion because children and adolescents can get unwell very quickly and need prompt treatment.

“It really needs an incredibly integrated and tight approach to make sure that there is no opening for that confusion,” she said.

“To ignore the fairly central message that was coming from consumers is really counter to what the major medical and health bodies are doing now in Australia.

“It’s also counter to the evidence which suggests that the involvement of consumers – people with lived experience – actually does make a service better because it’s more firmly placed with what people will actually use and what they need.”

Wade said there were precedents around the world where authorities had “grappled with the problems of this transitioning which is not working well” and had started up integrated eating disorder services.

“For a state of South Australia’s size I would have preferred to have seen an integrated team, very similar to the model they have in Dorset in the UK,” she said.

“They don’t get stuck where they are, they share knowledge and there isn’t an age cut-off, so if someone’s been working with someone till they’re 18, they can continue to work with them – they don’t have to drop them because they’ve now reached a certain age group.

“It allows for more flexibility and just more common sense decisions to be made about management rather than it being dictated from the top where it might not make sense for the consumer.

“And again if we come back to the consumer, if we’re not offering services that are in the best interests of the consumer then that is a worry.”

Wade said SA’s model of care “doesn’t seem to have promoted integration, it seems to have moved away from it, and given that integration was the consumer’s main request, then it just appears to me that the consumer voice on this was not heard”.

“Certainly I agreed with the consumers that integration would be better than fragmentation,” she said.

Health Minister Stephen Wade delegated his responsibilities for eating disorder services to the Human Services Minister in 2019 to avoid any conflict of interest with his wife’s position.

“It offers a one-stop shop – easy, rapid access to care, with a strong focus on early intervention and recognises the need for services that specialise in the treatment of eating disorders,” she said.

“It’s essential that people living with eating disorders, and their family carers, have one access point. 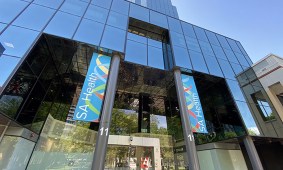 “To ensure there is swift implementation and adequate accountability, we will be receiving regular, monthly reports.”

A spokesperson for SA Health last week said: “The new Statewide Paediatric Eating Disorder Service Model of Care will ensure we continue to provide the best care and outcomes for children, adolescents and families experiencing an eating disorder in South Australia.”