Speaking at a business breakfast, Gillard urged Federal Parliament to “visibly fix” its workplace culture and respond to the sexual assault allegation with “the intensity that it deserves”.

The former Labor politician and first female Australian Prime Minister also called for better awareness of the prevalence of sexual assault and rape across the broader community.

“I’m absolutely appalled in every way about the sexual assault itself, about the aftermath, about the way she (Higgins) was treated,” Gillard told the event’s host, ABC presenter Jessica Harmsen.

“She is a woman of remarkable courage and she’s done an amazing thing by coming forward and telling all of us what happened to her.

“The other women who have come forward and also shared their stories are showing courage too.

“That kind of courage must… absolutely be rewarded by Parliament profoundly changing so that this never happens again and… a woman of any age, but particularly a young woman, is never left in the situation where it isn’t clear who you can talk to who is going to treat you with compassion, kindness and also respond to the issue with the intensity that it deserves.”

It comes as Higgins, a former Liberal Party staffer, yesterday made a formal complaint to police about an alleged rape by a colleague at Parliament House in 2019.

Three other women have also alleged they were assaulted by the same man, who was sacked as a ministerial adviser because of a security breach on the night of Higgins’ alleged rape.

Since Higgins revealed the sexual assault allegation in the media last week, questions have been raised about the Government’s handling of the incident.

Higgins said after first reporting the alleged rape to her employer, Defence Minister Linda Reynolds, she was made to feel as if her ongoing employment would be jeopardised if she took the matter further.

She also said in a statement that “continued victim-blaming rhetoric” by Prime Minister Scott Morrison was “personally very distressing”.

Morrison has stood by Reynolds, who was forced to correct the record about how many times she met with police in 2019 and when she informed other Ministers.

He described the alleged rape as a ““truly very sensitive and serious matter” and rejected suggestions there is a “don’t ask, don’t tell” culture within his Government.

“Even if it hasn’t scared them off, then their family and friends,” she said.

“It just seems to me, if a friend of yours, a family member was a young political person who was really hoping that maybe they get an opportunity in Parliament House and maybe really hoping that ultimately that opportunity gives them visibility in their political party and sets them on a pathway to potentially being in politics themselves, if you saw all of this, I mean, there would people everywhere saying… ‘do you seriously want to do this, is it smart to want to do this, are you going to be safe if you want to do this?’.

“That really disturbs me because we want our democracy to be equal in every way and that means we want women coming through for Parliament, into the ministry, into the prime ministership, we want people who advise governments to be gender-equal in numbers.

“That means we do want young women going into this, so, given everything that everybody now knows about Parliament House, this is a set of problems that not only need to be fixed, they need to be incredibly visibly fixed so that people know that they’ve been addressed.” 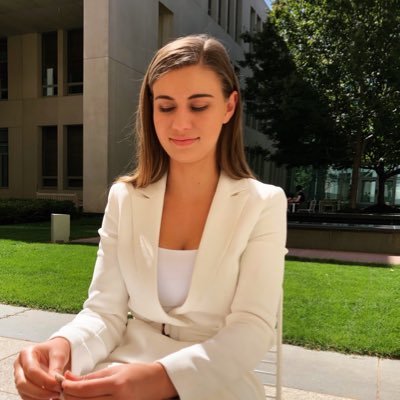 Gillard, who currently chairs the Global Institute for Women’s Leadership, said rape was an “ever-present danger for women” and Parliament House should be “an exemplar for how women are treated”.

“I do think it’s important to join our discussions about Parliament House with what happens to women throughout society,” she said.

“We know that this is a crime that is under-reported, that most women don’t report that they’ve been the victim and that they are surviving a sexual assault and so I hope the dialogue at Parliament House gets joined up to that.”

In a statement to InDaily, Gillard said she supported calls for an “independent and comprehensive review” of the workplace culture at Parliament.

She said the Global Institute for Women’s Leadership, which is based at the Australian National University, had already started to develop an “evidence-based” code of conduct for Parliament.

“The Institute will offer its expertise to assist with any review, enquiry, or work required to make Parliament a safe and supportive environment for all employees,” she said.

As the fallout from Higgins’ allegations continues to reverberate through Canberra, former Liberal staffer Chelsey Potter has revealed she spoke yesterday to Finance Minister and SA Liberal powerbroker Simon Birmingham.

Potter revealed in an opinion piece published by InDaily on Monday that she had previously sought a meeting with Birmingham – in whose office she had worked at the time of an alleged 2015 assault by another former colleague – before her claims were aired in the Sydney Morning Herald in 2019.

Birmingham declined, instead referring her to counselling and information services.

The pair spoke by phone yesterday, and are set to meet in person in coming weeks.

“I thought it was a good conversation,” Potter told InDaily today.

“He at the outset said he would ‘shut up’ – his words – and let me do the talking [so] I spoke for the majority of the meeting about my desire to see the lived experience of former and current staffers inform the process, and do that in a safe way with requisite supports available to them.”

Potter said she provided Birmingham with “a list of women who had indicated to me that they wanted a response in some way”.

She said the issues raised by the various women included “a diverse range of allegations or issues ranging from bullying to sexual assault to power imbalances”.

“They want to be part of the process – ultimately they just want to just hear from someone,” she said.

“All these women who have spoken out had received no contact – we actually want to see outcomes.”

She said she remained concerned that the party was making “all the right noises” but that the rhetoric was “not marrying up” with the response, particularly to Higgins’ allegations.

“They’re not quite getting it… it doesn’t feel like a human response to the problems [raised] and it’s a politically infantile response as well,” she said.

Birmingham today conceded regret over how matters such as Potter’s had been handled in the past.

Asked on ABC Radio Adelaide whether the current review he is overseeing should have occurred when his former staffer first aired her allegation in 2019, he said: “I wish many things that I could change over the past and we would all no doubt wish to do things differently, I think.”

“There is much that we can all improve and learn from these experience and the processes that we’re putting in place,” he said.

“And my focus in talking to Chelsey and talking to others is to act in the ways that I can today to be able to effect change for the future to try to make sure… that [our] workplaces have the least possible risk of these sorts of incidents occurring and that people have the systems in place where they feel with confidence that they can raise them at the time they occur – as I would have wished had happened back then – and have the confidence to take them to the relevant authorities where they are criminal matters, that being the police.”

“I thank Chelsey for the ideas that she provided in terms of the content of the review, the way it needs to be undertaken, and those that we can engage with,” Birmingham said.

He added he had “reached out… to many, many former staff and current staff and others about their experiences” and had “lengthy conversations” with Sex Discrimination Commissioner Kate Jenkins “and other experts in this field” about how to “provide an environment of confidence and confidentiality for people to participate”.

Meanwhile, South Australia’s Equal Opportunity Commission told InDaily it is currently finalising a review into the prevalence of harassment in State Parliament.

The review is examining how workplace harassment is managed and reported in Parliament House, as well as opportunities to better prevent harassment.