Troy Grant, a former state MP for Dubbo and deputy premier of NSW, was appointed in December as Interim Inspector-General of Water Compliance.

The appointment prompted immediate criticism from some quarters, including his own state’s Water Minister, Nationals MP Melinda Pavey, who told the Sydney Morning Herald at the time that while there was “no question” Grant was qualified for the job, she opposed the appointment of a former politician.

“NSW was not consulted on this appointment, and we oppose it on the basis that in the interests of bringing basin states together we must appoint someone who is bipartisan,” she said at the time.

But a letter written in late December by SA Water Minister David Speirs – released under Freedom of Information to crossbench senator Rex Patrick – reveals the Marshall Government has joined the chorus of complaint about the appointment.

The letter, addressed to federal Water Minister Keith Pitt, expresses “disappointment” at the lack of consultation, and concern over Grant’s “perceived political alignment”.

“The role of Inspector-General is essential to restore the trust and confidence of communities and stakeholders that water is being managed in accordance with accredited Water Resources Plans and state water laws across the Basin,” Speirs writes.

“The office holder must be therefore be seen by Basin governments and stakeholders alike as bipartisan, impartial and held to the highest standards of integrity.

“While I note Mr Grant’s experience in policing and justice will be valuable for the role, I am disappointed that South Australia and other Basin jurisdictions were not consulted on his appointment.”

Speirs notes similar criticism from his NSW and Victorian counterparts, adding: “I am hopeful that Mr Grant’s experience and approach will prevail over any perceived political alignment, and South Australia looks forward to discussing with him matters of particular importance to our communities and stakeholders.”

The minister goes on to “once again highlight that the state of South Australia continues to be underrepresented on the Murray-Darling Basin Authority’s board”.

“I believe that this should be remedied urgently,” he argues.

“I call on the federal government to urgently appoint a suitable South Australian who has the appropriate skills, knowledge and understanding of the river’s environmental, social and economic roles.”

He notes he has “made numerous representations to this effect and provided recommendations for candidates”.

The correspondence points to ongoing tensions between basin states and the Commonwealth over water governance, despite the Marshall Government coming to office initially championing a less combative approach.

Grant was yesterday grilled in a senate committee examining the Basin Plan, with Patrick noting historical comments he argued showed the then-MP – who has since left the National Party – “placed dominance on farmers and irrigators… over recreational [users], indigenous [groups], the environment and so forth”.

Grant denied this, saying: “As a local member of your party, you represent the views of your constituents and raise those concerns.”

The former deputy premier said he secured $15 million for NSW Landcare and record funding for local Indigenous groups during his time in parliament.

“To say that I preference one group over another I think is extraordinarily unfair given my track record in outcomes for those other groups,” Grant told the hearing, accusing Patrick of looking at comments in isolation.

“You need to look at the whole of my comments across an eight year career and across each of my portfolios to be fair,” he said.

“If there’s any questions of my integrity – you’re welcome to raise them – then you better come with proof.”

He said he was “no longer a policy setter [and] no longer in parliament”.

“My job is not to dictate or debate the policy,” he said. 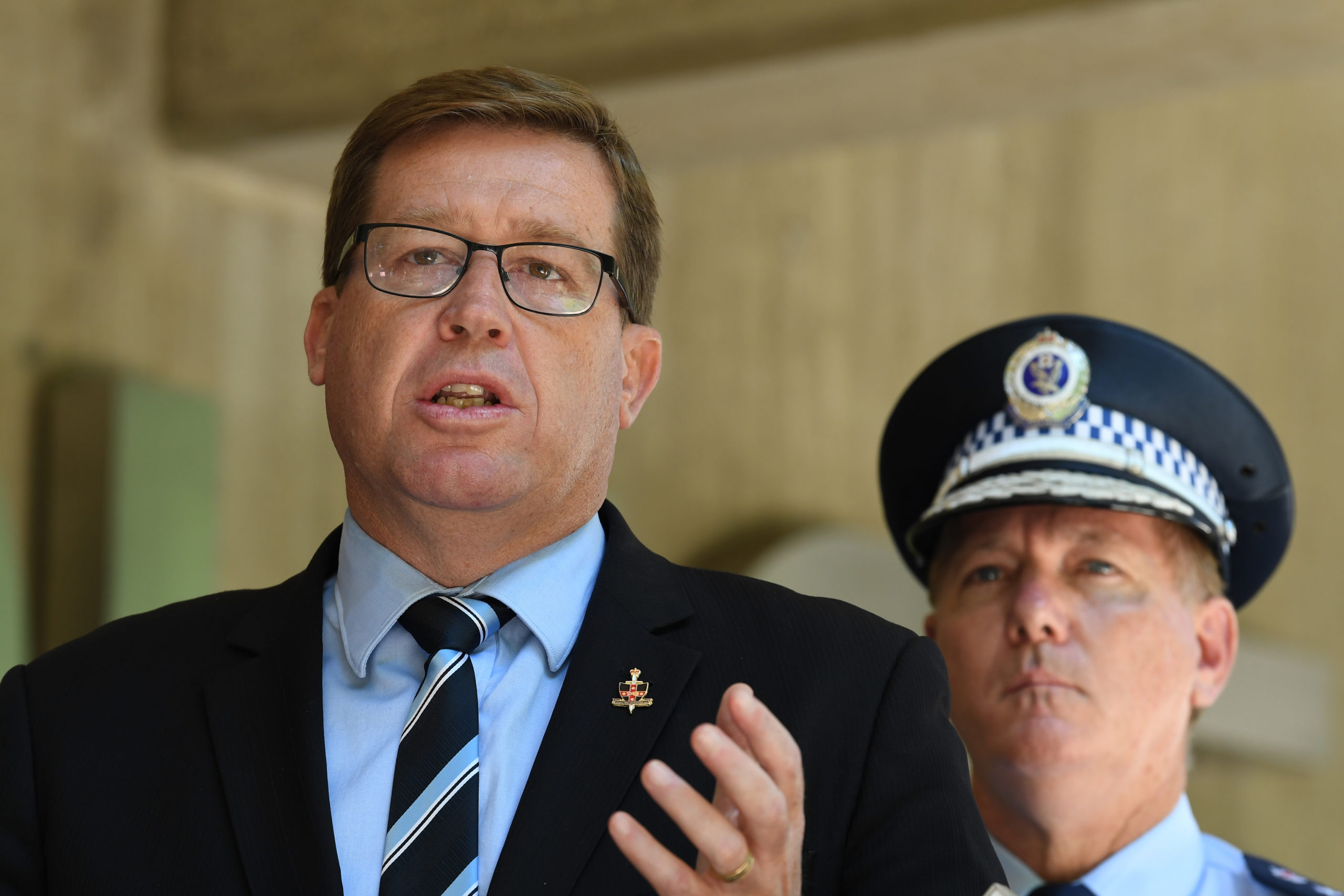 Yesterday’s hearing descended into a bitter stoush, with Nationals senator Bridget McKenzie leaping to Grant’s defence, asking Patrick: “Why do you preference yachties in South Australia over food production?”

Patrick then sparked a furore after claiming that Nationals didn’t “have regard to” water compliance, prompting a furious reaction from McKenzie and her partyroom colleague Perin Davey.

“Basically [you’re] saying that we are corrupt – that’s actually what you were saying by that – and it is completely untrue,” McKenzie said.

But Senator Patrick refused to take back his comment, saying: “I seem to have touched a nerve.”

Davey declared that “SA has dragged the chain when it comes to water for years… allowing its irrigators to take water that’s not even in their account and not replace it in arrears”.

“Withdraw that remark or I’ll make the same statement about all South Australians,” she told Patrick.

Patrick today told InDaily South Australians “are right to be concerned about the appointment of a former NSW National Party politician to the role of Inspector-General”.

He doubled down on his controversial comments, saying: “The Nationals are both addicted to water extraction, particularly by big irrigators, and allergic to compliance activities.”

“We have a Federal Water Minister who is a National MP and now we have an Inspector-General who was a National MP: it’s a double whammy for the river and hardly an arrangement that fosters confidence and trust.”

“Minister Speirs says as much in his letter, only he is too polite and has pulled his punches,” he said.

“I fully support Minister Speirs’ calls to have a South Australian on the board of the Murray Darling Basin Authority [and] I am happy to work with the Minister to put appropriate pressure on the Government from my seat in the Senate Chamber.”

Speirs declined to offer further comment on his letter today.

It comes as the Productivity Commission today released a draft report declaring the 17-year-old national water agreement had “reached its use-by date and will now struggle in the face of our future challenges of increased population, increased community demands and the likely effects of climate change”.

In a statement, Commissioner Dr Jane Doolan said it was “now time for our Governments to once again lead the way on developing a new national water policy and agree a pathway to meet these challenges”, while Associate Commissioner Drew Collins declared: “The National Water Initiative needs to be modernised and strengthened to create an agreement that will provide clear and sensible guidance to governments, communities and industries over the next 10 to 15 years,”

The report found “significant gaps” in the initiative, including the need to better acknowledge the significant of water in the lives of Aboriginal communities and to incorporate new water infrastructure developments.

Responding to the report, SA Greens senator Sarah Hanson-Young said urged PM Scott Morrison to “take the water portfolio out of the hands of the climate-denying National Party”.

“We’ve now got economists saying what scientists have been warning for years,” she said.

“The Federal Government needs to start preparing a water security plan that takes climate change seriously [and] the PM needs to start by getting the National Party out of the water portfolio.”