“We encourage others to follow suit and make a significant impact on our industry and on the economy as a whole.”

But while GM said it was committed to a carbon-neutral future, its timetable to end internal combustion motor production came with a caveat: rather than a pledge, it “aspires to eliminate tailpipe emissions from light-duty vehicles by 2035”.

Currently, GM vehicles that run on fossil fuel account for up to 98 per cent of sales, according to some industry estimates, while the large pickup trucks and SUVs that are among the company’s most profitable models are among the least fuel-efficient.

GM’s moves comes after some nations and regions announced timetables for their own bans on the sales of new cars with combustion engines.

Norway – where electric cars made up 54 per cent of new car sales this month – will ban new petrol and diesel car sales by 2025, while the UK has set a date of  2030, California and Japan by 2035, and a host of EU countries also saying they will wind down sales.

The Australian Government has set out no such timeframe, but said last year that it expects up to 50 per cent market share for electric vehicles by 2030.

Another carmaking giant, Volkswagen, announced in 2018 that it would stop producing petrol and diesel vehicles by 2026, and last year converted one German factory to electric car manufacturing only.

GM said overnight that it will offer 30 all-electric models globally by mid-decade and 40 per cent of the company’s US models offered will be battery electric vehicles by the end of 2025.

The company said it was spending $27 billion on electric vehicle and autonomous technology between 2020 and 2025 – up from a $20 million budget planned before the pandemic – and was restructuring some US plants to build only electric cars. 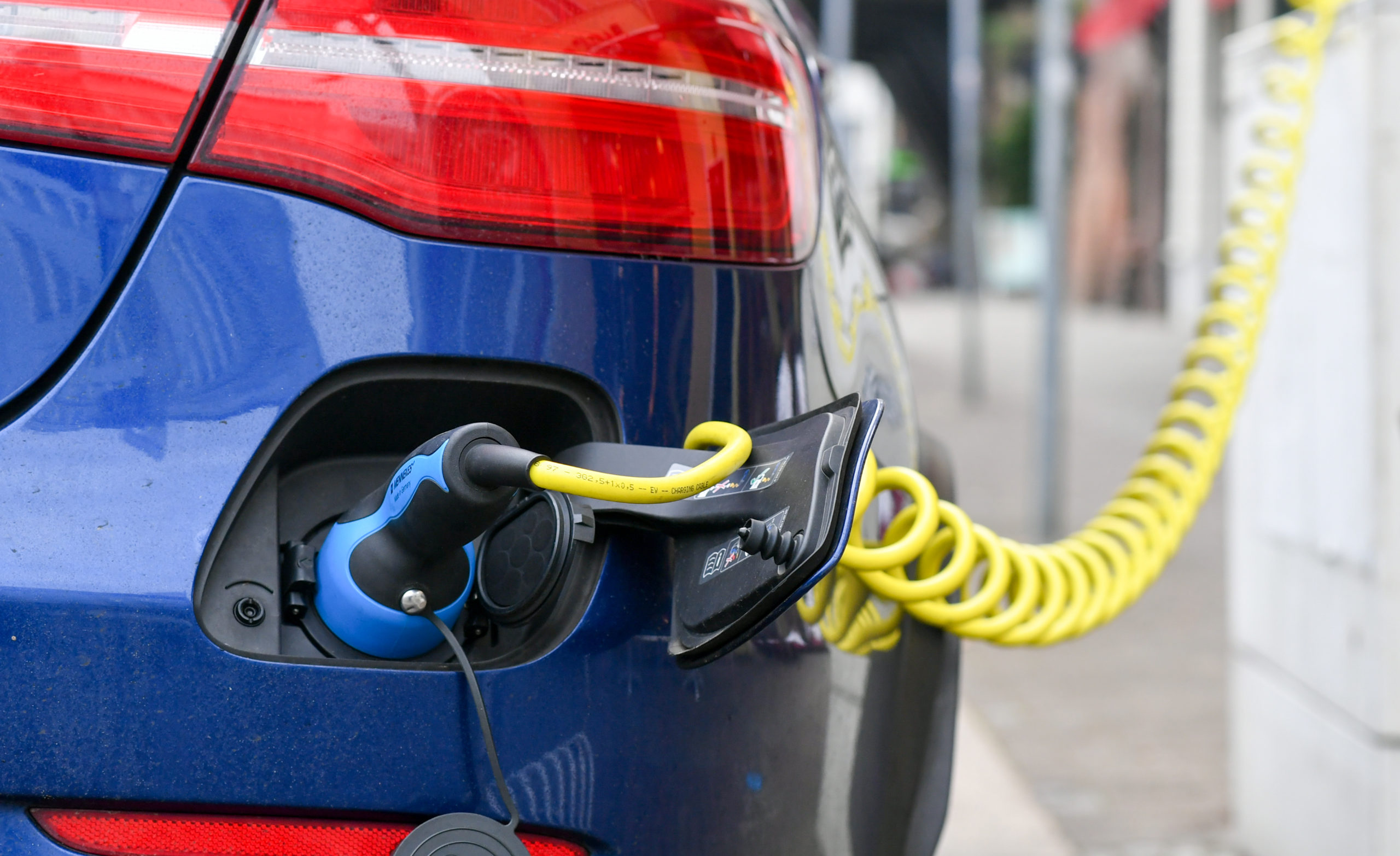 “GM’s focus will be offering zero-emissions vehicles across a range of price points and working with all stakeholders… to build out the necessary charging infrastructure and promote consumer acceptance while maintaining high-quality jobs, which will all be needed to meet these ambitious goals,” the company said.

“More than half of GM’s capital spending and product development team will be devoted to electric and electric-autonomous vehicle programs.

In the coming years, GM plans to offer an EV for every customer, from crossovers and SUVs to trucks and sedans.

“The company will also continue to increase fuel efficiency of its traditional internal combustion vehicles in accordance with regional fuel economy and greenhouse gas regulations. Some of these initiatives include fuel economy improvement technologies, such as Stop/Start, aerodynamic efficiency enhancements, downsized boosted engines, more efficient transmissions and other vehicle improvements, including mass reduction and lower rolling resistance tires.”

GM also said it was working with suppliers and industry to ensure the necessary infrastructure was in place to support the increased uptake of electric vehicles, with the aim of powering then with electricity sourced only from renewable energy.

“While electric vehicles themselves do not emit tailpipe emissions, it is critical that they be charged with electricity generated from renewable sources like wind and solar,” it said.

“GM has worked with utilities and developers to support investments in renewable energy found in and around communities that have GM facilities via power purchase agreements and green tariffs. The company is also working with EVgo to triple the size of the nation’s largest public fast-charging network by adding more than 2700 new fast chargers by the end of 2025, a move set to help accelerate widespread electric vehicle adoption.

“The new fast chargers will be powered by 100 per cent renewable energy. GM believes that the energy sector is well on its way to a decarbonized grid and that an all-electric future will be supported by renewable infrastructure and technology.”

GM earlier this month announced it was changing its logo to reflect its transition toward electric vehicles.

The old square blue logo is being replaced with lower case letters, with the “m” underlined to resemble an electrical plug.

Late last year, GM said it was nearing a battery technology breakthrough that would make electric vehicles as affordable as those with internal combustion engines in less than five years.

The US Environment Defence Fund welcomed the transition from fossil fuels.

“With this extraordinary step forward, GM is making it crystal clear that taking action to eliminate pollution from all new light-duty vehicles by 2035 is an essential element of any automaker’s business plan,” EDF president Fred Krupp said.

“EDF and GM have had some important differences in the past, but this is a new day in America — one where serious collaboration to achieve transportation electrification, science-based climate progress and equitably shared economic opportunity can move our nation forward.”

Australia’s Electric Vehicle Council said the move reinforced how “out of step” the nation was with global thinking on electric vehicles.

“Not only are we one of the only countries not to enforce fuel efficiency standards, we are the only nation proposing brand new punitive taxes on electric vehicles instead incentives,” council chief executive Behyad Jafari said, referencing the Marshall Government’s budget move to tax electric cars because they did not pay the fuel tax levied on petrol and diesel.

“The unimaginative and cynical approach our politicians have taken to electric vehicles in recent years means Australia is being left behind as the rest of the auto industry zooms ahead,” he said.

“We need our politicians to wake up now and start investing in stimulating and encouraging the transition to electric vehicles before it’s too late.”