Acting Commissioner Linda Williams – who also takes the role of acting Emergency Co-ordinator – told media after the meeting that the committee was updated by Chief Public Health Officer Nicola Spurrier and “based on the health advice we have at this time… there’s no changes to the current levels of restrictions or directions that are currently in place”.

SA recorded no new cases today, with further investigations determining that two overseas-acquired cases reported among four new cases yesterday were “old infections”, which have subsequently been removed from the state’s total of 581 cases.

Victoria recorded three locally acquired cases of COVID-19 in the past 24 hours to take its total number of active cases to 38, with the state’s health authorities confident the Black Rock coronavirus cluster is on a “very positive trajectory”.

So far 24 cases have been directly linked to the outbreak, all connected to the Buffalo Smile Thai restaurant in bayside Melbourne and linked back to a cluster in NSW.

Williams said despite Victoria’s numbers increasing, “the cases have been identified [and] people are already in quarantine, so that’s reassuring”.

She did not flag any imminent border closures or increased restrictions on travellers entering SA from Victoria.

“I think the tipping point would be if you added community outbreaks where the source wasn’t known,” she said.

“At the moment it’s very well under control, and Dr Spurrier’s very happy with the management we’ve seen from interstate.” 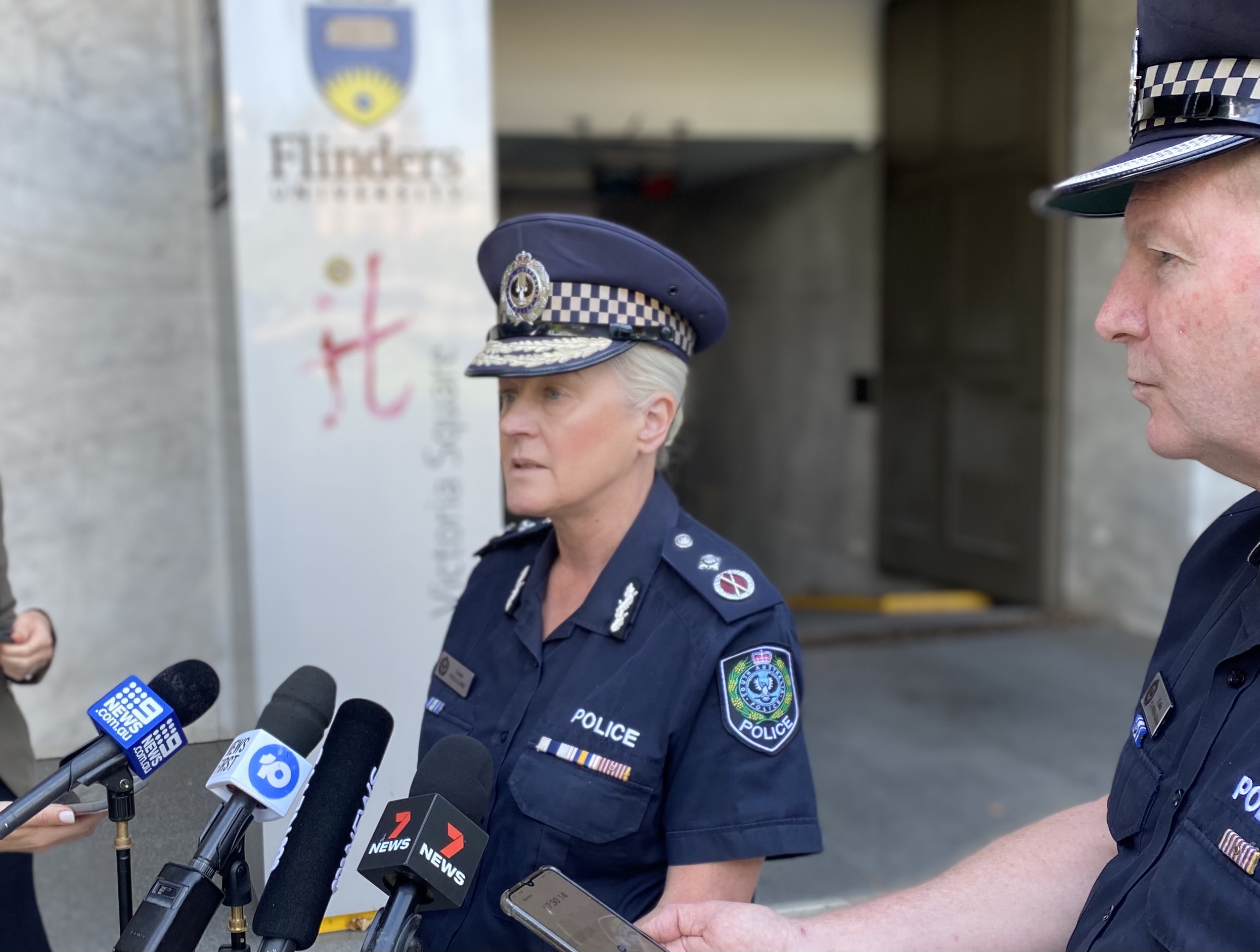 However, she urged people arriving from Victoria to take a “very commonsense approach”.

“You’re welcome to come, but obviously in terms of when you arrive, we’d ask you to isolate and have a test,” she said.

“It’s not compulsory at the present time, but obviously it’s in your interest and everyone else’s interest that you take a very commonsense approach when you come in to SA.”

An SA-imposed hard border remains on arrivals from NSW, with returning residents required to quarantine for 14 days.

Williams said Spurrier’s advice was that any move towards softening the NSW border restrictions would be predicated on that state returning no locally-acquired cases for 14 days after “the last known case went into isolation”.

Despite flagging confidence about Victoria’s case numbers, she said: “I think people should consider whether they need to travel, whether it’s necessary travel.”

“Because as we know the situation can change very quickly, and any travel interstate has obviously an inherent risk at this time,” she said.

Authorities last month flagged a January shift to a lower level of local COVID restrictions that would likely remain in place throughout 2021, but there was no such move today.

“It’s a dynamic situation, depending on what’s occurring interstate and overseas,” Williams said.

“We calibrate to the circumstances and at the moment it’s status quo – we’ll wait to see what happens interstate to see if we can loft any of those restrictions but at the moment no, they’re not being lifted.”

The four NSW cases recorded to 8pm on Monday – two of which were flagged yesterday but not counted in that day’s figures – include two in the Berala cluster, taking it to a total of 15.

The others include a household contact of a Croydon case and another case under investigation that is likely to be linked to the Berala cluster.

Three regional communities are on alert after an 18-year-old Berala man travelled through Orange, Nyngan and Broken Hill on a camping trip, then tested positive.

His case was identified on Tuesday morning, after Monday night’s cut-off, and will be included in Wednesday’s official count, Acting Premier John Barilaro said this morning.

Meanwhile, the federal government is facing questions about why vaccines it has ordered have not yet been given regulatory approval and rolled out, despite them being used overseas.

Prime Minister Scott Morrison said the vaccines were being used in emergency situations overseas and a number of countries were reporting “quite a few problems” with the rollout.

“We have our scheduled timetable,” he told 3AW radio.

“We are moving as swiftly and safely as can be done.

“Australia is not in an emergency situation … so we don’t have to take unnecessary risks.”

The first vaccines are expected to be approved later this month, with Morrison saying Australia would be “well into the vaccine” in the first quarter of the year.

He said it was important all Australians had “total confidence” in the vaccines.

More than 12.3 million vaccine doses have so far been administered across 30 countries, including 4.33 million in the United States and 4.5 million in China, according to an analysis by Bloomberg.

Australia has agreements with Pfizer-BioNTech, Oxford-AstraZeneca and Novavax.

The AstraZeneca vaccine is being made in Melbourne by CSL.

Chief Medical Officer Paul Kelly said ultimately it was a decision for the companies when the doses would be made available.

Morrison also said he had spoken with the Victorian government to discuss ways to fast-track the movement of people across borders.

He hinted if a hotspot model was used – based on virus data from local wastewater research in NSW and Victoria – it would allow the smoother flow of people.

“That is an opportunity for the Victorian government to work through those issues … we’ll see if we can get a better pathway home for Victorians.”

Morrison rejected a Labor call for the national cabinet to meet sooner than the scheduled gathering in early February, saying he was in regular contact with premiers and health experts were meeting daily.

He also dismissed a call for mandatory testing of all people seeking to return from overseas, saying the 14-day mandatory quarantining on return was appropriate.

“We want everyone (who returns) to behave like they’ve got it.”