However, a sluggish year for the state’s oil and gas producers has reduced the total market capitalisation of the top 10 by 4 per cent to $38.8 billion, thanks mainly to Santos losing almost $4 billion, or 22 per cent of its value.

The 2020 year will be remembered as among the strangest in the history of the Australian share market with the benchmark ASX200 reaching an all-time peak of 7199 on February 19 before enduring a steep five-week dive to bottom out at 4546 on March 23.

But despite the rollercoaster year, the ASX200 was late last week at almost exactly the same level of 6684 as it began the year.

Baker Young Stockbrokers associate director Mark Potter said the experience of dealing with a global pandemic the size of COVID-19 was in “no one’s living memory”.

“At the time, the extent of the fall and the steepness of the fall was absolutely precipitous – it was a lot faster than what we had seen during the GFC, which played out over 18 months. But the downside in the pandemic played out in about six weeks,” he said.

“What we were seeing was a true crash but drawing on experiences from the GFC, we knew that when the market did turn around, you didn’t want to be out of it.”

The three companies have lost a total of almost $6 billion in market capitalisation so far in 2020 with their share prices down by a collective average of 28 per cent.

Potter said oil prices had been impacted heavily by reduced demand as a result of travel restrictions and were traditionally slow to recover.

“Those three South Australian-based oil and gas companies are all very solid business but oil prices are not what iron prices are currently – they are poles apart,” he said.

“Oil and gas has probably been the last sector to participate in the improvement and the reality is that oil and gas is pretty much used as it comes and you need that economic rebound to happen to force prices back up.

“That’s likely to occur and it’s likely that those stocks will outperform the market in the coming year.” 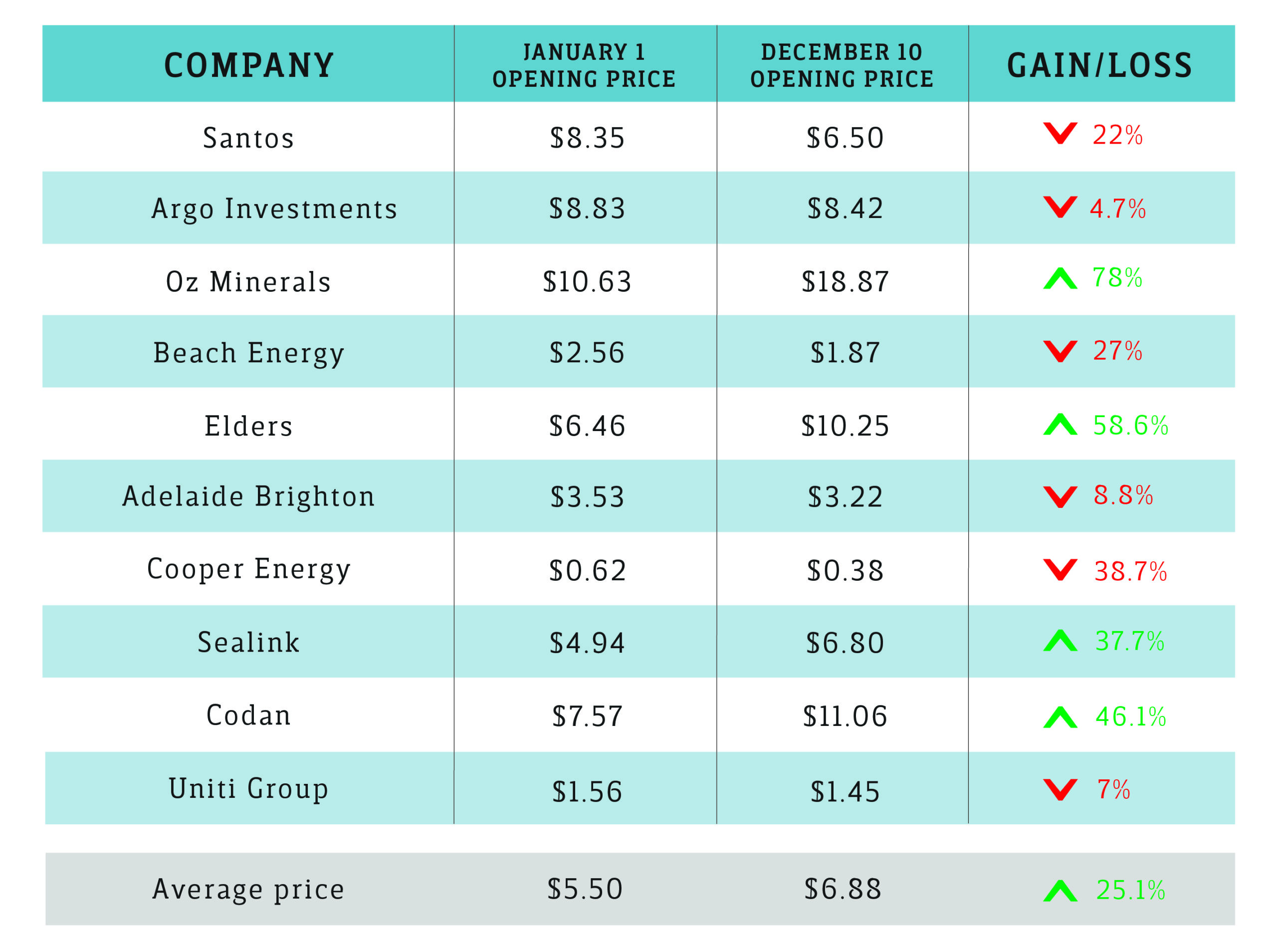 It has been a different story for the minerals industry with strong gold and copper prices and production helping to drive the Australian recovery alongside iron ore.

SA copper and gold miner Oz Minerals enjoyed a sensational year with the strong demand coupled with the ramping up of production at its Carrapateena mine in the state’s north.

This has helped it to leapfrog Beach Energy and Argo Investments to take the position as the state’s second-largest listed company behind Santos.

“Also with Oz Minerals you’ve got the kicker in there of gold as well, which has had a good year,” he said.

“That’s perhaps seen its best levels now but it’s certainly provided a substantial boost to their revenues this year as well.”

Demand for household foods has delivered huge windfalls for big companies such as Woolworths and Coles and has also resulted in a strong year on the land.

SA agribusiness Elders has achieved a 58.6 per cent increase in its share price in 2020, closing at $10.25 on December 9. This has added almost $600 to the company’s market capitalisation, which has reached $1.6 billion.

“Things slowed down everywhere but not really on the land so Elders were in a position where their businesses was relatively unaffected and demand for everyday food products was one of the things that didn’t subside during the pandemic, in fact it continued to grow.

“Farms weren’t forced to do anything differently really during the pandemic either because they are so isolated so the farmers could get on with their jobs.”

Internet service provider Uniti Wireless listed on the ASX in February 2019 with an opening share price of $0.19 cents. Its shares opened on January 1 this year at $1.56 with a market cap of about $500 million.

Despite its share price slipping to $1.45 last week, an aggressive year of acquisitions has helped the company, now known as Uniti Group, reach a market capitalisation of $911 million.

Potter said while technology and high growth companies had thrived in the COVID period, he expected more traditional “real economy” stocks such as financials and resources to perform well in the coming months.

“There’s been a change in trend in just the last one or two months and we’re seeing a return of interest in the market for real economy stocks as opposed to technology or high growth counters,” he said.

“I think investors will welcome some further improvement in those areas of the market and I certainly expect them to continue to show good gains.

“However, perhaps businesses that have benefitted significantly through the COVID pandemic and whose share prices have grown to lofty valuations, I’d be careful there.” 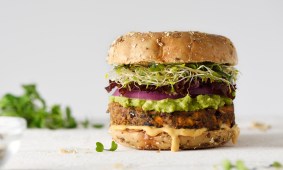 Potter said he expected the market to continue to grow into the new year and could potentially exceed the previous peak set in February.

“The market always looks forward and it is pretty optimistic that a V-shaped recovery is happening – and I think the market is probably right, it will happen,” he said.

“That will mean the market will remain well supported but whether we see that level of gains, we’ll just have to see.

“But on the balance of things, certainly in the first half of the year I’d expect the market to be making further gains and I would have thought there’s a very high probability we’ll go through that (record level) in the early part of next year.

“When we look back hopefully in the middle part of next year we will all be wondering ‘what were we worrying about’.”