InDaily can reveal the operator of the Port Campbell to Adelaide pipeline that traverses the Springwood housing development in Gawler is challenging the State Commission Assessment Panel (SCAP) and developer in the Supreme Court, claiming past decisions to grant planning approval were “legally unreasonable, irrational or lacking in evident justification”.

SEA Gas has asked the court to “quash” the SCAP’s previously approved development applications for the Springwood site.

InDaily yesterday reported concerns from the South Australian gas company that the pipeline, buried one metre underground and which operates at the “highest operating pressure for any transmission pipeline in Australia”, was not designed to be located under a residential area and its walls might not be thick enough to prevent potentially “catastrophic” pipeline failure.

Despite SEA Gas warning that a possible explosion could cause “multiple fatalities and widespread injuries” within several hundred metres of the 186-hectare site, the SCAP yesterday granted Springwood planning consent for its revised plans, which increase the number of residential properties to 1406 from the previously-approved 1201.

Three road crossings will be built directly on top of the pipeline, which transports about half of the state’s gas supply.

The houses will be built at least 45-metres away from the main line valve.

Forty significant trees and 45 regulated trees, including large remnant Eucalyptus Mallee Box trees, are set to be chopped down, leaving intact only 55 per cent of the site’s total regulated and significant tree population.

Springwood will now have to submit an application to the Native Vegetation Council and the Federal Government to determine the impacts of its development on trees not governed under SA planning legislation.

SEA Gas provided a submission through its lawyer to the SCAP outlining its concerns regarding Springwood’s latest development application.

But the SCAP said it was not legally bound to accept SEA Gas’s advice, as the gas company is not considered a state agency – despite being regulated by the Department for Energy and Mining.

Springwood has categorically rejected SEA Gas’s concerns regarding the housing development’s proximity to the pipeline, saying the safety of the community was its “highest priority”. 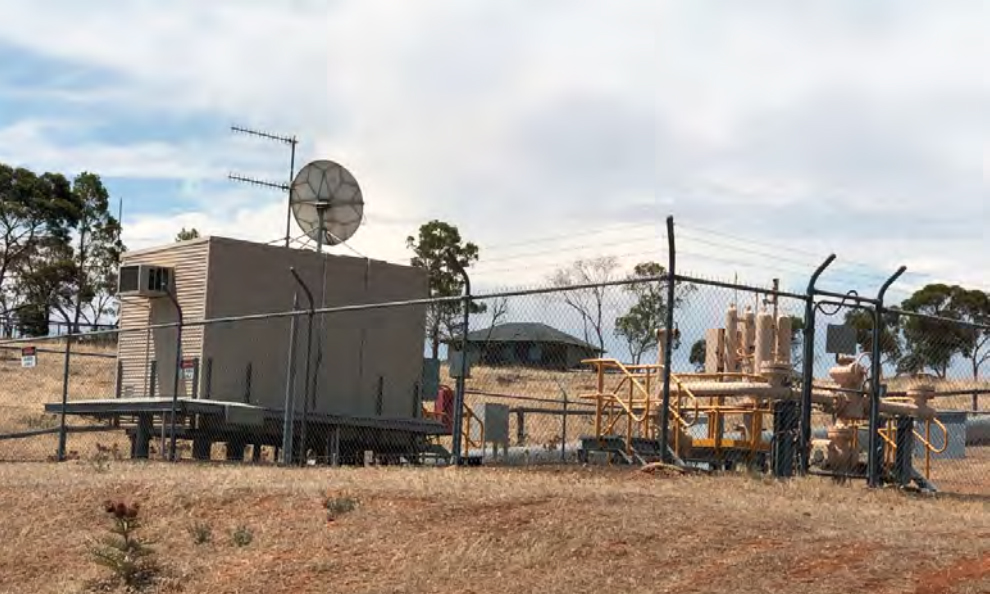 SA Planning Commission chair Michael Lennon told ABC Radio Adelaide this morning that “regulators of different kinds” had assessed the potential safety impacts of locating the housing estate close to the pipeline and “no-one is going to take foolish or ill-considered decisions around something as significant as this”.

“The approvals that have been given ensure that standards are applied to make sure there are safe distances from the pipeline to any proposed developments,” he said.

“There is also oversight being given by a technical regulator in these circumstances, which is administered by the Department of Energy and Mining.

“The standards and the independence of regulation here is designed to ensure that if there is any risk around, for example, combustion or whatever, there are appropriate measures in place.”

Lennon said he would be happy to buy a house near the pipeline.

“There are a number of commercial issues at play in a number of respects here – SEA Gas is obviously a private corporation with its own interests, Springwood is a land developer similarly, so you can expect that around the approval process it’s often the case that different interests become immersed in the way in which the decisions have been made,” he said.

“Obviously, if you’re the owner of any infrastructure you’ll seek to protect yourself from any issues or any disturbance… in relation to your existing investment.”

SEA Gas has taken the SCAP and Springwood to the Supreme Court to challenge decisions to grant the developer approval in February.

According to an application for review lodged in the Supreme Court in August, SEA Gas claims that Springwood’s past development applications were incorrectly assigned Category 1 status.

Category 1 is usually assigned to uncontroversial development proposals and no third-party appeals against approvals are allowed.

SEA Gas claims that the past applications should have been assigned Category 3 status, meaning it could have participated in the assessment process as part of public consultation.

It claims that Category 3 status was warranted as the development applications comprised “more than the division and land (sic) and the construction of a road or thoroughfare”, as well as other public infrastructure.

“In the event that the First Respondent did not sufficiently take into account the Applications’ objections, the Applicants would have lodged an appeal against the Decisions to the Environment Resources and Development Court.”

The latest development application, approved yesterday, was assigned Category 2 status, meaning the public was consulted and SEA Gas’s views were included in the SCAP report.

The court document goes on to outline claims by SEA Gas that the SCAP “failed to properly take into account mandatory relevant considerations, namely the safety issues arising from the Main Line Valve, the vent and operation of the Pipeline generally” ahead of its February decision.

What is going to happen next is the division of this land, in a situation which we contend is not lawful

SEA Gas claims the SCAP instead “took into account irrelevant considerations, including a misapprehension that the Applicants intended to relocate the Main Line Valve and vent”.

It described SCAP’s decisions as “legally unreasonable, irrational or lacking in evident justification”.

“The First Respondent did not have before it sufficient evidence from which it could reasonably conclude that the proposed developments were not seriously at variance with the applicable Development Plans, or sufficiently accorded with the objectives and principles of development control to warrant a grant of consent,” the court document states.

“The First Respondent exceeded its jurisdiction in granting consent to each of the DAs (Development Applications) without first complying with the requirements of s 35(3) of the Act because the proposed development was a non-complying development.”

“We are complaining that what is going to happen next is the division of this land, in a situation which we contend is not lawful, where there will be a multiplicity of allotments created in close proximity to the pipeline and to the main line valve, and our standing to challenge the validity of the consent generally has not been challenged in the pleading,” he said.

“We are only troubled by what has happened so far insofar as it has produced a circumstance in which we say that Springwood is no longer able to proceed with the approval which is unchallenged.”

A SCAP spokesperson told InDaily the Springwood application was assessed as Category 1 in accordance with the Development Regulations 2008.

“SEA Gas has disputed that categorisation of the initial application in the Supreme Court, which is the appropriate pathway for judicial review of system processes,” the spokesperson said.

Lennon told InDaily he could not comment on claims that SCAP did not have sufficient evidence to approve Springwood’s development applications.

“That’s probably a matter for the court to review,” he said.

“These are sensitive matters and I would want to give an assurance that the systems for approvals that we have in these kinds of circumstances pay due attention to public safety and risk.”

A spokesperson for Springwood yesterday questioned SEA Gas’s motivation for raising safety concerns with the SCAP.

“Unfortunately for SEA Gas, as we continue to develop our land, fully zoned and in some areas already approved for residential development, SEA Gas’ requirements under the State’s gas pipeline legislation may require it to spend money on its infrastructure, as confirmed to SCAP by SEA Gas’ own State Government regulator, the Department for Energy & Mining,” the spokesperson told InDaily.

“As a privately owned investment business, it would appear SEA Gas does not want to spend this money so it is continuing to try and insert itself into a planning process in which it has no authority or legal standing.

“Springwood has always had the safety of its residential community and our team as our highest priority.  This is why with any relevant infrastructure provider – gas, water, power – which holds an easement over our land we work proactively and constructively to mutual benefit.”