South Australian-based gas company SEA Gas has urged the State Commission Assessment Panel (SCAP) to “avoid making decisions that allow homes to be built in locations creating serious health risks” and instead halt plans to subdivide 186-hectares of vacant land in Gawler East on top of the Port Campbell to Adelaide pipeline.

According to SEA Gas, the pipeline transports about half of South Australia’s gas supply, including fuel for the state’s gas-fired power generators, which are responsible for approximately 50 per cent of the power generated in SA.

The pipeline, which is just under half a metre in diameter and buried one metre below ground, operates at pressures of up to 15.3MPa, which, according to SEA Gas, is the “highest operating pressure for any transmission pipeline in Australia”.

The housing estate site, which houses the main line valve of the Port Campbell to Adelaide pipeline and a 15-metre-wide easement, is partially completed and some residents have already moved in.

The latest development application, costed at $9.55 million, was approved in February and involves creating 1201 properties on the site including a supermarket, restaurants, childcare centre and service station.

The plans also envisage a future primary or secondary school.

“Springwood has always had the safety of its residential community and our team as our highest priority,” a spokesperon told InDaily.

Planning Minister Vickie Chapman also said that the development would not see dwellings built on top of the pipeline, as there is an existing 15-metre easement allotment.

Springwood has lodged revised plans with the SCAP, to be debated by the panel today, to increase the number of residential properties to 1406, with a net density of approximately seven dwellings per hectare.

Three road crossings are proposed to be built directly on top of the pipeline, but the houses would be built at least 45-metres away from the main line valve.

Only 55 per cent of the site’s 188 regulated and significant trees would survive if the plans are approved. 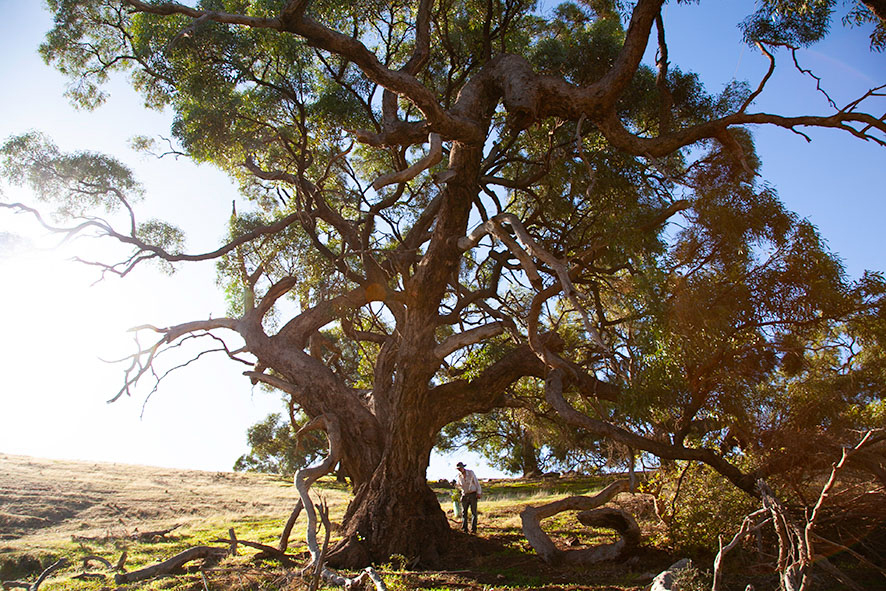 The SCAP will discuss the revised plans at a meeting today, with the panel urged by its administration to once again grant the application planning consent.

“The proposed land division is not considered to alter the risk of public safety nor does it impede the management of public safety by the pipeline regulator,” a report to panel members states.

“It is generally accepted that the removal of regulated/significant trees can occur to facilitate orderly and reasonable development.

“Accordingly, it is recommended that the SCAP grants Development Plan Consent and Land Division Consent (and subsequently Development Approval), subject to conditions and further requirements.”

But SEA Gas’ lawyers, Johnson Winter & Slattery, wrote to the SCAP last month warning that the section of the pipeline beneath the development site was not designed to be located under a residential area and its walls might not be thick enough to prevent “pipeline failure”.

The potential introduction of aged care facilities, child care facilities or other sensitive developments within 115m of the pipeline, may leave some vulnerable members of the community unable to escape

The letter states that international experience has shown that “pipeline failure” in residential areas results in “gas ignition and explosion” that can cause “multiple fatalities and widespread injuries”.

“The relevant section of the PCA (Port Campbell to Adelaide pipeline) was designed in 2002 for rural land use,” the letter states.

“This was based on the existing and planned future development, as advised by the South Australian Department of Planning and Local Government at the time of pipeline construction.

“The PCA does not have the penetration resistance that was provided for other sections of the pipeline in residential areas, which have additional wall thickness to prevent pipeline failure in the event of uncontrolled human activities occurring in the immediate vicinity of the pipeline.

“A pipeline failure could be a catastrophic event that would impact persons and the land within several hundred metres.”

According to SEA Gas, the pipeline has a 45-metre cylinder radius “hazardous area”, where “an explosive atmosphere may occur in quantities such as to require special precautions to protect safety”. 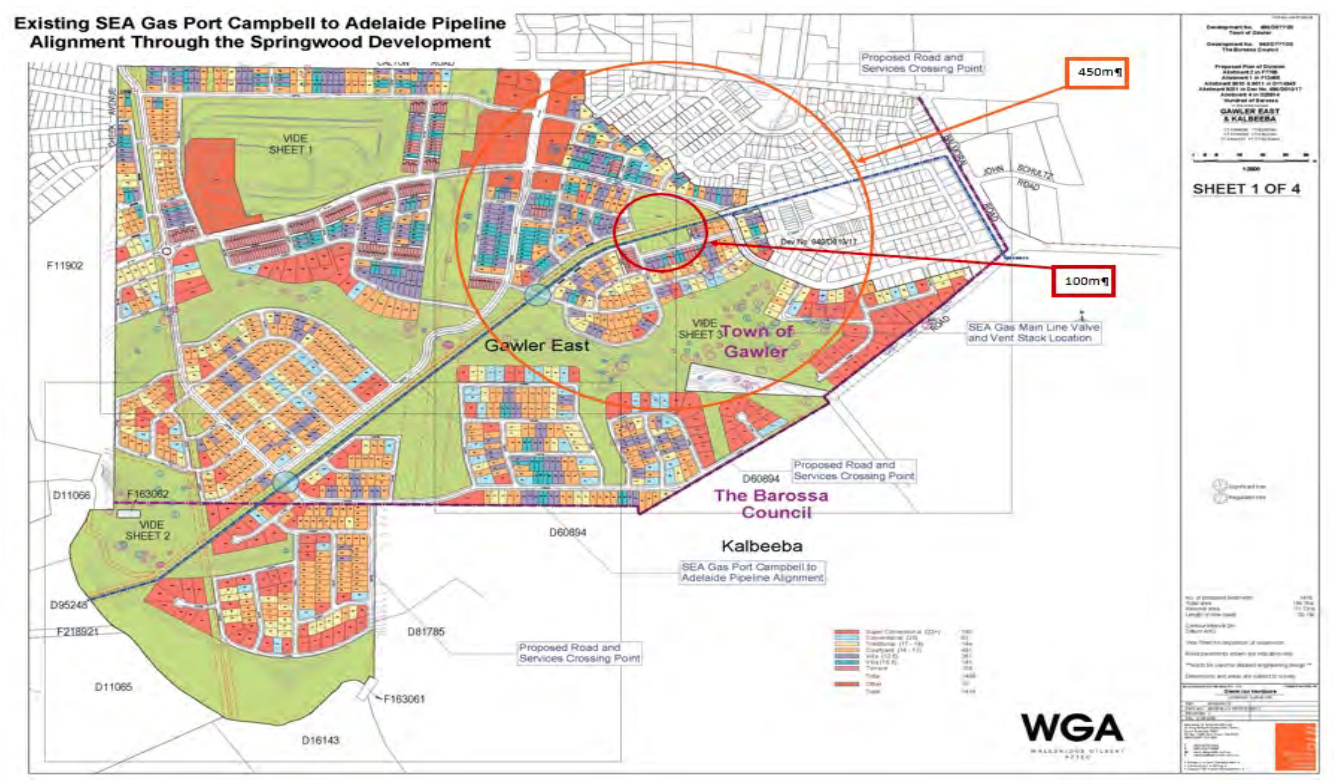 The “hazardous area” of the Port Campbell to Adelaide pipeline. Image: SEA Gas/SCAP

“The increased population in the vicinity of the pipeline will also increase the consequence of a pipeline failure,” the letter continues.

“The potential introduction of aged care facilities, child care facilities or other sensitive developments within 115m of the pipeline, may leave some vulnerable members of the community unable to escape.”

To avoid potential pipeline damage, Springwood has proposed keeping a “buffer zone” of 45-metres of open space around the main line valve and nearest residential boundary.

“No development has been proposed over the easement, with the exception of road crossings,” a planning statement prepared by Ekistics Planning and Design states.

“The proposed development and the ongoing operation of the SEA Gas pipeline (and associated emergency vent) can coexist.”

But Johnson Winter & Slattery branded that statement a “false premise”, given the potential public health and safety impacts from noise.

“Pipeline venting is an extremely loud and intense noise source, similar to standing close to the blast from a jet engine,” the Johnson Winter & Slattery letter states.

“For typical pipeline conditions, in an emergency, the maximum Sound Power Level generated by the SEA Gas pipeline vent has been estimated to be 170dB(A) and the duration of venting would be approximately one hour.

“These noise levels will potentially harm members of the public should the development proceed.”

That report claimed “a blowdown venting operation could cause severe impacts to public health and safety”, including significant to severe acoustic trauma, severe hearing pain, permanent hearing damage, high levels of acoustic shock including unexpected sudden alarm or surprise, as well as other physiological distress.

The report revealed “significant to severe” impacts could be felt approximately 100 metres away from the vent, while extreme disturbance and discomfort could be experienced as far away as 450 metres.

“Notwithstanding the infrequent occurrence of venting, the likely severe effects and public health and safety impacts (particularly within distances of 100 metres) should not be an acceptable risk for the relevant regulatory authorities and the public,” the Johnson Winter & Slattery letter states.

“Accordingly, a decision to grant a development authorisation on the basis of the material before SCAP would be a conscious decision to put residents in close proximity to the vent at risk of harm.”

But the SCAP administration has recommended that panel members approve Springwood’s latest development application on the proviso that the developer participates in a “safety management study” with SEA Gas.

SEA Gas claims it already undertook a safety management study with Springwood in 2017 regarding a previous development application.

It says that study identified “specific actions and risk controls which were required to ensure that the risk to the pipeline and public remained acceptable”, but Springwood’s latest application “has failed to address a number of the requirements”.

“While the SMS was based on an earlier version of the development plans, there is no reason to expect that the outcomes of an SMS based on the current plans would be materially different,” the Johnson Winter & Slattery letter states. 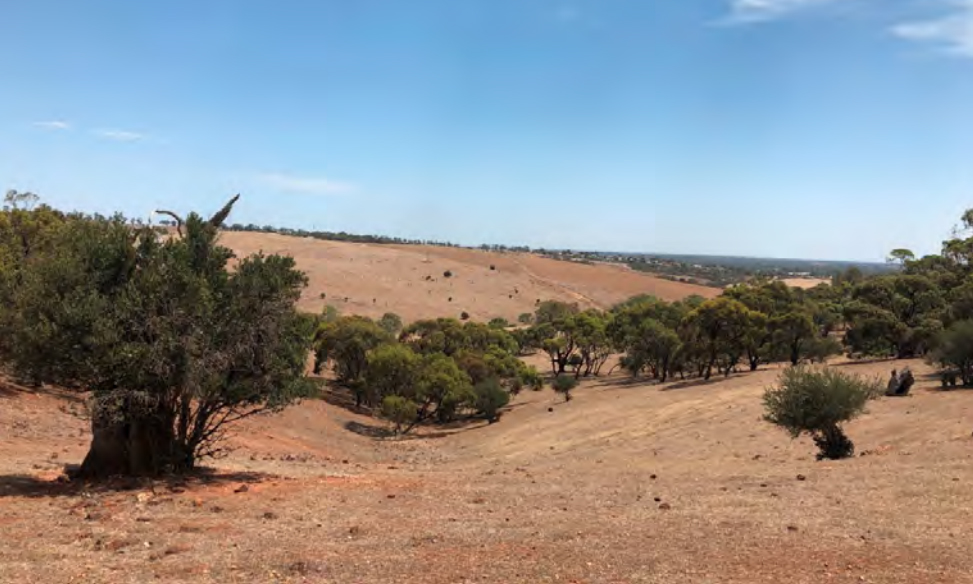 The SCAP’s administration wrote that it was not legally bound to accept SEA Gas’ advice, as the gas company is not considered a state agency, despite being regulated by the Department for Energy and Mining.

In his submission to the SCAP, the Department’s Engineering Operations Director Michael Malavazos wrote that if the panel approved the development application, it should order Springwood to comply with all the requirements from the 2017 safety management study.

He said by doing so, risk of pipeline failure would remain as low as reasonably possible.

“This SMS study identified controls to ensure that construction and activity in the vicinity of the pipeline as a result of this development does not introduce unacceptable risk to the pipeline operation,” Malavazos wrote.

“If there are any changes to the proposed land division or land use outside the scope of the 2017 SMS study, a new SMS for the development must be undertaken.”

Springwood’s lawyer, James Levinson of Botten Levinson, wrote in a letter to the SCAP in December that the developer was “committed to ensuring the continued safe operation of the pipeline”.

“Our client previously participated in the 2017 SMS in May 2017 and is of course willing to participate in any future SMS process,” he wrote.

In a statement to InDaily, a Springwood spokesperson questioned the motivations behind SEA Gas’ submission to the SCAP.

“In short, SEA Gas holds an easement over a small portion of our land to run a gas pipeline underground,” the spokesperson said. “That is the full extent of its rights on our land. It holds no right to create the sort of noise it refers to which we believe would, in any event, breach EPA laws in this state.

“Unfortunately for SEA Gas, as we continue to develop our land, fully zoned and in some areas already approved for residential development, SEA Gas’ requirements under the State’s gas pipeline legislation may require it to spend money on its infrastructure, as confirmed to SCAP by SEA Gas’ own State Government regulator, the Department for Energy & Mining.

“As a privately owned investment business, it would appear SEA Gas does not want to spend this money so it is continuing to try and insert itself into a planning process in which it has no authority or legal standing.”

The Springwood spokesperson said the issues raised by SEA Gas in its letter to the SCAP “are the responsibility of the gas pipeline operator, not private landowners or the development industry”.

“If there is an issue with the land which SEA Gas needs to operate its infrastructure, we continue to question why it didn’t acquire a larger easement when the pipeline was built?  Or why it doesn’t seek to – as all genuine state infrastructure authorities are required to do – acquire additional land where it does not have the rights it believes it may need?

“Springwood has always had the safety of its residential community and our team as our highest priority.  This is why with any relevant infrastructure provider – gas, water, power – which holds an easement over our land we work proactively and constructively to mutual benefit.

“Sadly here, SEA Gas does not have control over the land it suggests it may require and so in an attempt to avoid meeting its legislative requirements it is seeking to stop a South Australian owned and operated business from continuing to develop an award winning masterplanned community, a major creator of employment, zoned for this development and recognised as being of economic significance to the State.”

The spokesperson said Springwood would support any SCAP conditions on its planning approvals.

‘We will continue to rely on the gas pipeline regulator to ensure the pipeline operator meets its legislative requirements and keeps our community safe.”

Planning Minister Vickie Chapman told InDaily that the development would not see dwellings built on top of the pipeline, as there is an existing 15-metre easement allotment.

“In terms of decisions made by the SCAP, as Minister I do not give directions, nor can I seek to influence the outcome, take over assessment of the project or overturn a decision,” she said.

“There is no statutory role for the Minister to intervene in the decision making of the independent SCAP.”