Stevens, who is also the state’s emergency coordinator, said the transition committee this morning decided to allow all cafés, restaurants, bars and clubs to immediately double their capacity indoors from the previous cap of one person per four-square-metres.

Under the changes, which come into effect immediately, hospitality venues will be allowed to operate at a uniform one person per two-square-metre capacity both indoors and out, but the ban on stand-up drinking indoors remains in place until December 14.

The news was warmly welcomed by publicans and restaurateurs this morning, who until now have been forced to trade at only a quarter capacity.

It comes as the state recorded no new coronavirus cases today for the sixth day in a row, but there remains seven active cases, all of which are linked to the Parafield cluster.

Stevens told reporters after the transition committee meeting that he decided to lift the one person per four-square-metre density rule on hospitality venues before the previously-scheduled December 14, after considering the social and economic impacts on small businesses.

He said he felt reassured by the introduction of QR scanning technology across hospitality venues, describing it as a “game-changer” for contact tracing in the event of another coronavirus outbreak.

“Given the economic implications, the impact on employment, the current time of the year, our current performance with the Parafield cluster and the new measures we have in place to enhance contact tracing, my decision has been that we will endorse a one person per two-square-metre rule for hospitality,” he said.

“All of the other restrictions that are currently in place that we’re dealing with will remain and be reassessed during the course of the next week, but we’re still hopeful that those other restrictions will be lifted and we’ll go back to where we were in mid-November on the 14th of December.”

But Spurrier said her recommendation to the transition committee on Tuesday was to continue to maintain a one person per four-square-metre density requirement for hospitality venues.

She said she was willing to consider lifting that restriction “a little bit sooner than the 14th”, but not as soon as today.

I’m glad that they listened and they actually did something straightaway, instead of just leaving it until the 14th

The state’s top health chief said it was “very tricky”  to say how risky Stevens’ decision was to lift the restriction today as there were “a lot of unknowns” about the coronavirus.

“The longer we go through this and the more days we go with no cases in our community, obviously we can all feel confident, but trying to put your finger on what the risk is, is difficult,” she said.

“I am providing the… best advice that I can and obviously the density requirement in certain venues means that you don’t have as many contacts between people, but on the other hand, we now have the QR readers, which really is a game-changer.

“We are a very respectful group and very professional on the transition committee and we all have our individual advice to give.”

Stevens denied he was “at odds” with Spurrier, describing the relationship between police and health authorities as “productive” and “exceptional”.

“There is what I would describe as a healthy tension, where we need to take into account all of the advice and all of the circumstances,” he said.

“There are some commentators out there that suggest that we need better representation on the transition committee to ensure that small businesses and people affected by our decisions are properly accommodated.

“The health advice is a key factor in our decision-making and there are times when the health advice must override every other consideration… but it is a collaborative approach in the transition committee.”

Stevens’ decision was welcomed by the sector this morning, although some businesses told InDaily they would have liked more notice ahead of the busy weekend trade.

“It makes sense,” he told InDaily.

“Before, the one person per four-square-metre rule basically halved our pre-mini lockdown capacity and the thing about that three-day lockdown was it was really a bit of a momentum killer.

“Things were really ramping up in the lead-up to Christmas, the busiest time of year, and those two weeks just slowed everything down dramatically.”

Blumberg said he had “gone crazy” over the past two weeks ringing people up to confirm their bookings.

“It would have been easier if we had been told (about the density rule change) sooner,” he said.

“We had to tell people that they might have to leave early or whatever, but now it’s no longer the case, it’s great.”

Hey Jupiter co-owner Jacqui Lodge said there was “no reason” why the state couldn’t adopt the one person per two-square-metre rules for hospitality venues today.

She said her Ebenezer Place restaurant’s indoor capacity dropped from 32 to 10 with the one person per four square-metre rule, but she could now accomodate 20 people inside.

“We’ve got 40 outside and 20 inside now, so going into Christmas I’m happy with that,” she said.

“I’m glad that they listened and they actually did something straightaway, instead of just leaving it until the 14th.”

“The density rule change will not be a silver bullet for every business owner who is at breaking point after the most difficult year of their lives, but it will help,” he said.

“It will help keep staff in jobs and salvage some of the busiest trade period of the year before businesses head into the quieter months.” 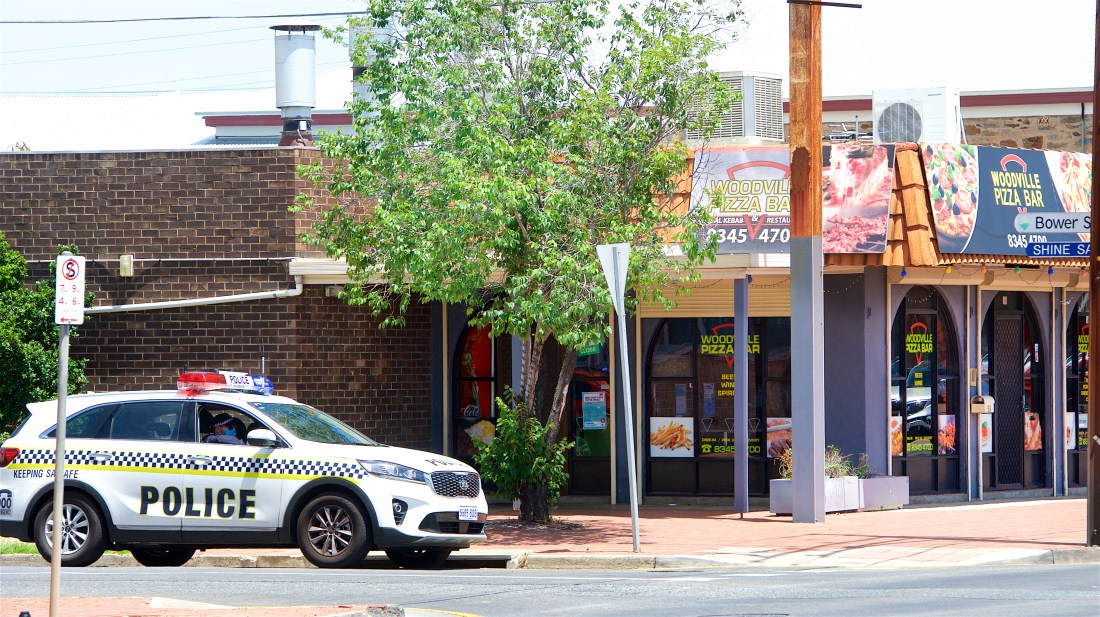 Stevens’ decision to overrule Spurrier’s advice comes after SA Health refused to assist police with an investigation into the Woodville Pizza Bar worker, whose alleged “lie” to contact tracers sent the state into a six-day lockdown on Wednesday November 18.

Authorities said the man, a 36-year-old Spanish national, told SA Health contact tracers working on the Parafied cluster that he had contracted coronavirus from a pizza box delivered from the Woodville Pizza Bar, sparking warnings of a new strain and potentially rapid community transmission.

But after he was later interviewed by a police officer, authorities on Friday November 20 said the man had actually worked at the pizza bar, with the lockdown lifted early on November 21.

Premier Steven Marshall said he was “fuming” about the man’s “lie”, saying it was directly responsible for the lockdown and there should be “consequences”, despite Police Commissioner Grant Stevens saying emergency regulation held no powers to prosecute the man.

But within hours, Stevens held a press conference to announce 20 detectives had been ordered to investigate the man, whom authorities had revealed was 36 years old, on a graduate visa and had worked in the Stamford medi-hotel kitchen – despite such details usually not being made public due to privacy concerns.

Taskforce Protect Assistant Commissioner Peter Harvey said the “criminal investigation” had confirmed the man’s original statement and that he later allegedly changed his story, but the “the exact content, context and intent of the initial conversation between contact tracers and the male person cannot be substantiated”.

“This means the facts of the conversation cannot be presented to a court,” he said.

“Without that first hand account of the conversation between contact tracers and the male person, the taskforce investigators have insufficient evidence to prove an offence.”

Professor Nicola Spurrier today defended SA Health’s decision not to give police more information beyond what was already known, saying it would have breached “long-held confidentiality” protocols regarding public health.

“We have to have a very good relationship with people and we have to be acting in the same way a doctor treats their patient,” she said.

“When you share confidential information with your doctor you’re not expecting that to be given up and we have got to know that’s something that’s really enshrined in the ethics of the practice of public health medicine.

“That being said, if there is in a circumstance where we need to divulge that information for the greater good because there’s going to be significant impact on public health, then we would do so.

“But in this particular situation, it was our belief – our strong belief – that it wasn’t necessary.”

Spurrier urged people to have confidence in contact tracers and to tell them the truth.

She said patient confidentiality had “stood public health in good stead for many, many years” and changing the state’s legislation to compel health practitioners to divulge information to police “is not something that I think we need to be debating”.

Health Minister Steven Wade said he was “disappointed” that the Spanish national would not be charged, but he would not consider changing the state’s legislation to compel SA Health to divulge information.

“Contact tracers are under legal duty and professional responsibility to maintain the confidentiality of their interviewees,” he said.

“The clear advice to me from SA Health is that there is nothing that I or the Government could do to see that information provided.”

“I have been amazingly impressed with both the effort and the cooperation between SA Police and SA Health,” he said.

“What we saw today… was again a demonstration of that respectful relationship and in the end, under the Emergency Management Act endorsed by the Parliament, the final decision rests with the state coordinator – he has made it.”