In a dramatic afternoon, the mystery Spaniard, in SA on a graduate visa, released a statement through his lawyer expressing remorse but claiming some of the information about him had been inaccurate and unfair – while authorities revealed the infections of two recently returned overseas travellers are linked to the cluster and were picked up while they stayed in a city medi-hotel.

The travellers are a husband and wife – both aged in their 20s in quarantine at the Peppers hotel on Waymouth St since their arrival on November 11 – who up until now authorities believed had acquired the disease overseas.

Chief Public Health Officer Professor Nicola Spurrier told media at a hastily-assembled 5pm press conference that all staff and guests would be urgently tested, saying “we think this is being really abundantly cautious” and “we don’t expect to have any more positives”.

“It is very interesting information and of course my staff and I are working through the implications of this,” she said.

She said even with the best PPE (personal protective equipment) and training “you can still transmit this virus”.

Spurrier said she had details of the medi-hotel transmission chain but wouldn’t release that information to the public until a review had been finalised.

It comes amid another major development late today, as the Spaniard whose alleged “lie” sparked last week’s dramatic state lockdown expressed “extreme remorse” for his role in the drama, but declared, through his lawyer, that some information in the public debate “is not fair, accurate or complete, notwithstanding the State Government’s comments” about his alleged “lie”. 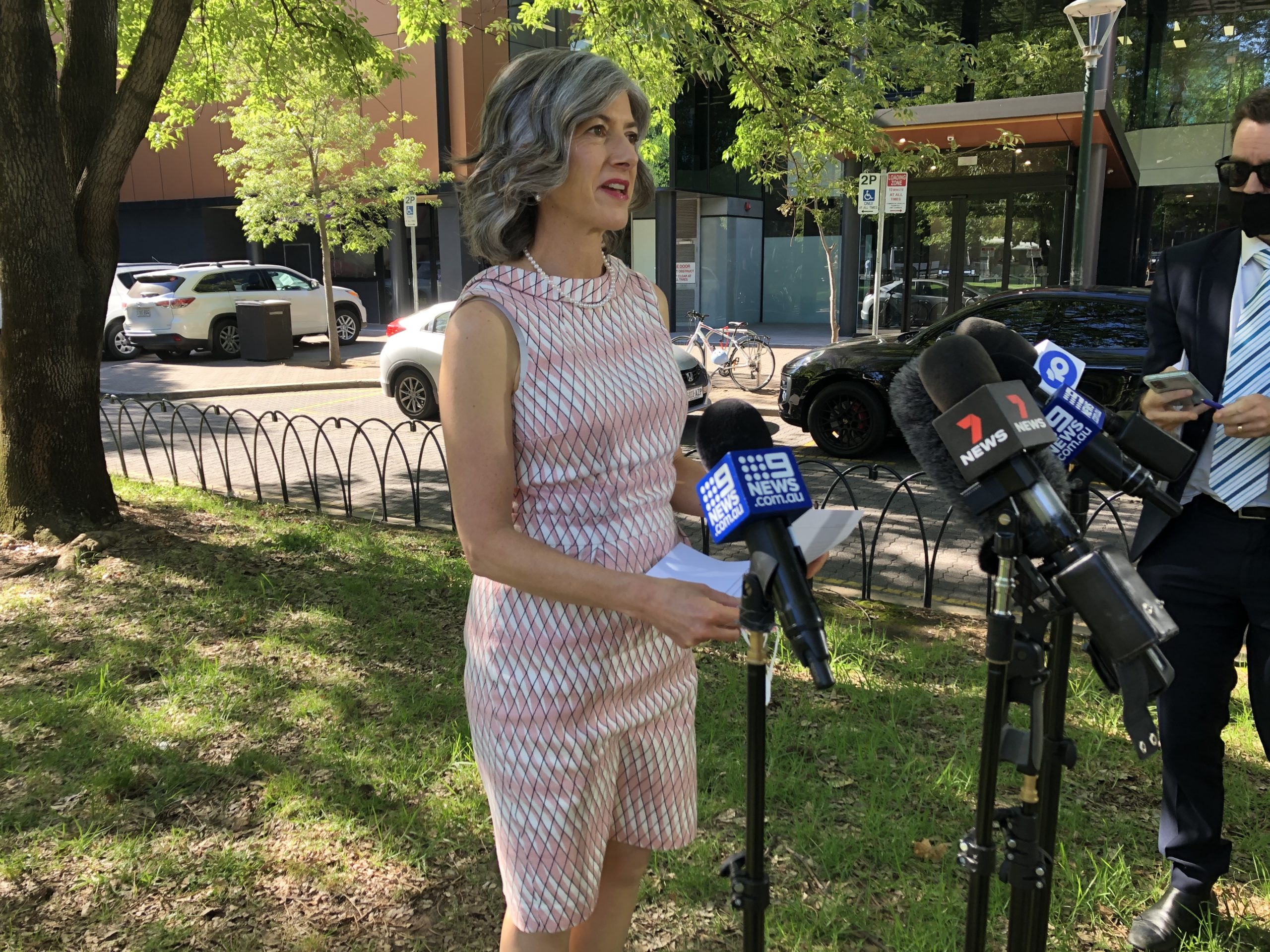 The male traveller’s case was announced today as SA’s only new reported COVID infection, with Spurrier earlier telling reporters it wasn’t linked to the cluster.

“We do have one new case in SA but it’s not part of the Parafield cluster,” she said this morning.

“It’s a close contact of a previously confirmed overseas arrival that we reported a couple of days ago.

“And this is a man in his 20s and he is in a medi-hotel, so it’s not associated with the Parafield cluster and it’s just that one case.”

But this afternoon, SA Health issued a press release saying genomic testing had now linked this case – as well as the woman’s infection – to the cluster, which now sits at 29 cases.

“Genomics test results have returned this afternoon linking two people – one of which is today’s case – to the Parafield cluster,” the statement said.

“Both these people were previously believed to have overseas-acquired COVID-19 infections.”

The statement said there was “no additional risk to the public as the cases are linked to a medi-hotel staff member who has previously tested positive for COVID-19 and contact tracing has already been undertaken”.

“As a precaution, we are undertaking additional testing at one of our medi-hotels for all staff and guests today,” the statement said.

An SA Health spokeswoman said it was unclear exactly which staff member the cases were linked to.

Three staff have tested positive – a cleaner, who authorities have previously said they believe is the original source of the cluster – and two security guards.

Spurrier today rejected the need for an independent inquiry into the medi-hotel system, saying “what we want to do is have continuous quality improvement”.

Asked if this was more evidence of a potential breach in the medi-hotel, she said she was “pretty confident there hasn’t been someone in the wrong room at the wrong time”.

She said the shock result – linking the two hotel guests to the Parafield Cluster strain – was “a bit unexpected”.

“I thought it was more likely the genomics would show the travellers had brought it in from a another country or whatever, but this is what we found,” she said.

Police and SA Health are already reviewing nearly 500 hours of CCTV from Peppers to determine the movements of staff and guests, as part of their investigation into the movements of the 36 year old Spanish national, who worked at both the Stamford medi-hotel and Woodville Pizza Bar.

Solicitor Scott Jelbert, Principal at Camena Legal and Migration, issued a statement declaring he was “acting for the person under investigation for his conduct concerning contact tracing information and connected with the Woodville Pizza Bar and the recent COVID-19 shutdown in South Australia”.

“My client is in quarantine and I make this brief statement on his behalf,” he said.

“He is extremely remorseful and deeply sorry for any part his conduct played in any unnecessary lock-down actions.

“He did not foresee or intend that things might unfold as they have.”

Jelbert said that since entering quarantine his client “has had limited information about government media releases, public opinion and social media”.

“I am however instructed that some information is not fair, accurate or complete notwithstanding the State Government’s comments, and he is concerned he has been all but publicly named,” Jelbert said.

“My client’s current focus is on cooperating with the authorities and completing quarantine.

“He is sincerely concerned about the impact of the lockdown on South Australians.

“My client has not been charged with any breach of the law but in the circumstances, including that such charges may emerge, no further comment about those matters is appropriate at this time.”

Spurrier was hesitant to respond to the man’s statement, but when asked if it was possible contact tracers might have misunderstood any information provided by him, she said: “We’ve got a range of staff, they are very well-trained. If we have problems and difficulties with language we do try and get an interpreter.

“There are sometimes language barriers, there are sometimes misunderstandings, we are talking about human beings here. But what I can say is that the contact tracers have done absolutely the very job that they can.”