Results released today by the Regency Park brewer show an improvement on the 2 per cent sales volume increase in 2018-19 and a significant turnaround from 2017-18 when its beer sales volumes fell for the first time in 24 years.

Home brewers also did their bit to boost Coopers’ bottom line during the COVID-19 lockdown. Although retail sales experienced a decline in the first half of the financial year, outstanding growth of 166 per cent from March to June resulted in DIY beer concentrate sales rising by 6 per cent, from 2,600 tonnes last year to 2,757 tonnes this year.

They now represent about 10 per cent of Coopers’ revenue, providing a timely boost for the company since opening its new maltings facility at Regency Park in November 2017.

However, sales of Coopers international partner brand beers, including Carlsberg, Kronenbourg and Sapporo, fell 2.5 per cent during the financial year, and keg sales fell 24.4 per cent as social restrictions kept patrons away from pubs across the country for almost all of the June quarter.

“In a time of such uncertainty, Australian beer drinkers appear to be choosing brands they feel they can trust,” Coopers Brewery managing director Dr Tim Cooper said.

“To have emerged in an overall strong position is testament to the loyalty of beer drinkers, the sheer resilience of hoteliers and publicans and the determination of our team at Coopers Brewery.

“We’re looking to the year ahead with cautious optimism.” 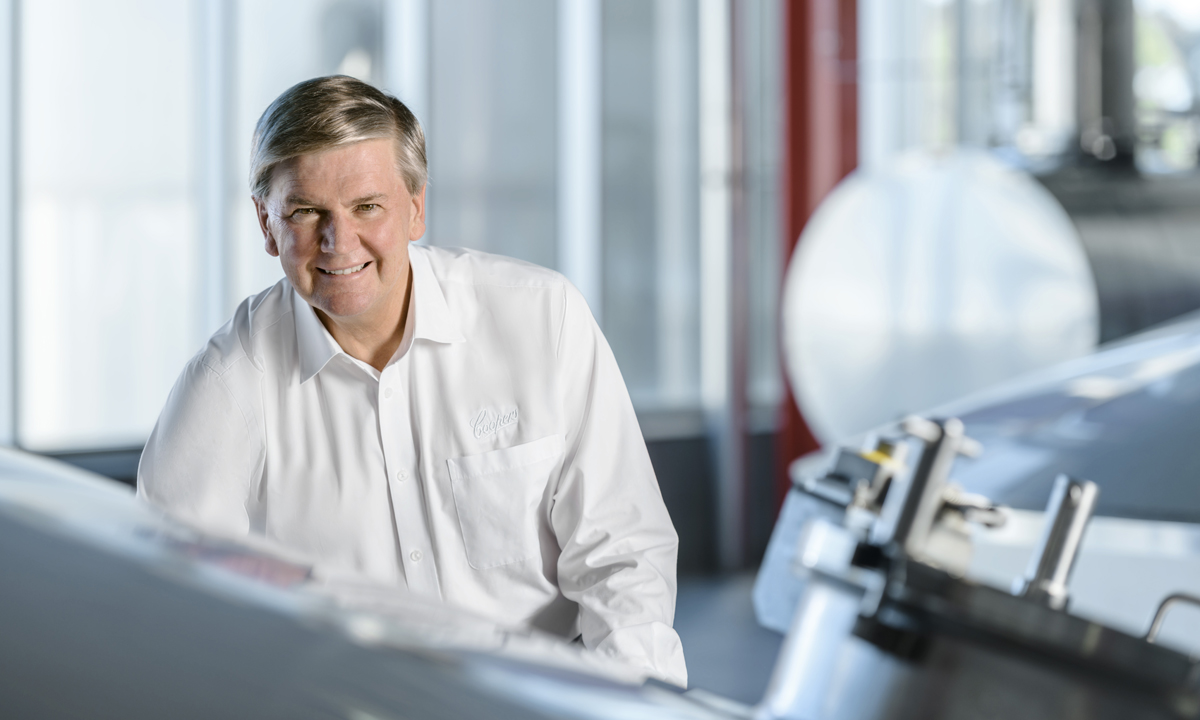 That caution is being reflected in a reduction in the fully franked dividends of $12 per share paid in the 2020 financial year, down from $13 last year.

It is the first time Coopers has declared a reduced dividend since 1994 and reflects the conservative position taken by its board in a period of uncertainty.

Australia’s largest family-owned brewery also paid down about $20.7 million in debt during the year.

This followed the move of its Sparkling Ale into cans in August 2019 to coincide with the canned release of its new XPA, which has helped capture a portion of the growing craft beer market that has impacted Coopers’ volumes in the past few years.

The company said its Best Extra Stout, one of the brewery’s oldest beers, had also enjoyed a resurgence among Australian consumers, with sales hitting their highest levels in more than half a century.

SA sales rose by a more modest 0.4 per cent and decreased by 1.3 per cent in the Top End.

Cooper said the growth had been underpinned by increased demand for its portfolio of cans.

He said the company introduced a number of initiatives to support hotels and venues during coronavirus lockdowns, including offering refunds on full kegs returned to the company.

“The pandemic has had a significant impact on Australia’s hospitality industry and our keg sales in particular suffered as a result,” he said.

“In total, 13,000 kegs were collected from venues across Australia at a cost of over $3 million,” he said.

“We’re planning more campaigns and events to assist venues on the road to recovery over the coming months.”

After this financial year, Coopers will be the dominant South Australian beer producer following Lion’s announcement last month it will close its West End Brewery in June 2021.

West End and Southwark will continue to be brewed at Lion’s Toohey’s and XXXX plants in Sydney and Queensland before a new, smaller brewery is constructed at an as-yet unknown interstate location.

The 2020 SA Business Index is being published by Indaily this week.