That plan will also see almost $90 million spent on major upgrades of Hindmarsh Stadium and Memorial Drive Tennis Centre, with a range of new fees and charges including a slug to electric vehicle users and a significant increase to the Victims of Crime Levy.

Treasurer Rob Lucas’s budget forecasts “significant deficits over the next three years”, from a state record $2.59 billion in the current financial year, falling to $1.42 billion and $435 million in the next two years before a projected $406 million surplus in 2023-24.

But that recovery is predicated on an uncertain assumption: that there is a population-wide COVID vaccine readily available by the end of next year.

“If that doesn’t occur or we have a significant second wave, then all of the federal estimates will be impacted and so will ours,” he said.

“So we live or die by the assumptions that are made – they can only be made on the best assumption we can [make] at this particular point in time.”

Lucas’s third budget since the Liberals won power in 2018, and seventh overall, is unlike any he has delivered – and moreover unlike any handed down in the state’s history.

“I’ve been in parliament and observed and participated in close to 40 budgets over the years, but this budget is like no other,” the Treasurer declared today in a media briefing.

“It’s nothing like the State Bank and the implications and ramifications afterwards, it’s nothing like the Global Financial Crisis – everything that I’ve seen in my public life or lifetime doesn’t compare to the circumstances that we have now in the context and preparation of this particular budget.”

For Lucas, long a disciple of budget rigour, the task of framing an economic statement under the “extraordinary position” posited by the Governor of the Reserve Bank that “governments should not be concerned at this particular time [with] debt and deficit” meant a budget that deliberately broke with his most fundamental political instincts.

“We’re in the extraordinary situation where the Treasurers’ conferences, the governor of the Reserve Bank Dr Philip Lowe [and] the Treasury secretary Steven Kennedy are both privately and publicly urging governments… to do whatever they can to save as many jobs, save as many businesses and protect as many people as they can in the short-term,” he said.

“Essentially they are saying ‘the heavy-lifting now has to be done by governments in terms of fiscal policy’, that is, governments have to spend, and spend more, in the nation’s interests…

“It is what it is, that’s the reality.

The economic plan is, as he puts it, “a jolt” for an economy on life support – “a two-year stimulus … to jumpstart it whilst at the same time putting in place the basis for long-term, sustainable jobs growth in our state”.

The centrepiece is the long-awaited solution to the north-south corridor, a hybrid option that will utilise tunnels and underpasses to help create a seamless 78km motorway from Gawler to Old Noarlunga “without a single traffic light”.

The plan, which the Government says will save up to 24 minutes of travel time from the River Torrens to Darlington and create 4000 jobs during construction, will be rolled out in two stages, the first along around 6km, two-thirds of which will incorporate a tunnel, between Anzac Highway and Darlington. Stage Two will see an at-surface motorway and a second tunnel connect the section from the River Torrens to Anzac Highway.

Touting its plan as a “Hybrid+” solution, the Government says it will significantly avoid the loss of heritage assets, including Thebarton Theatre, the Queen of Angels Church, Hindmarsh Cemetery and the Hoffman Brick Kiln.

Almost 400 homes will be compulsory acquired to make way for the project, but Lucas insisted the alternative under an “open motorway” option would have seen closer to 900 razed.

The working budget for the 10-year plan is $8.9 billion, of which just $1.96b is budgeted over the forward estimates – and less than $182 million spent before the next election in 2022. 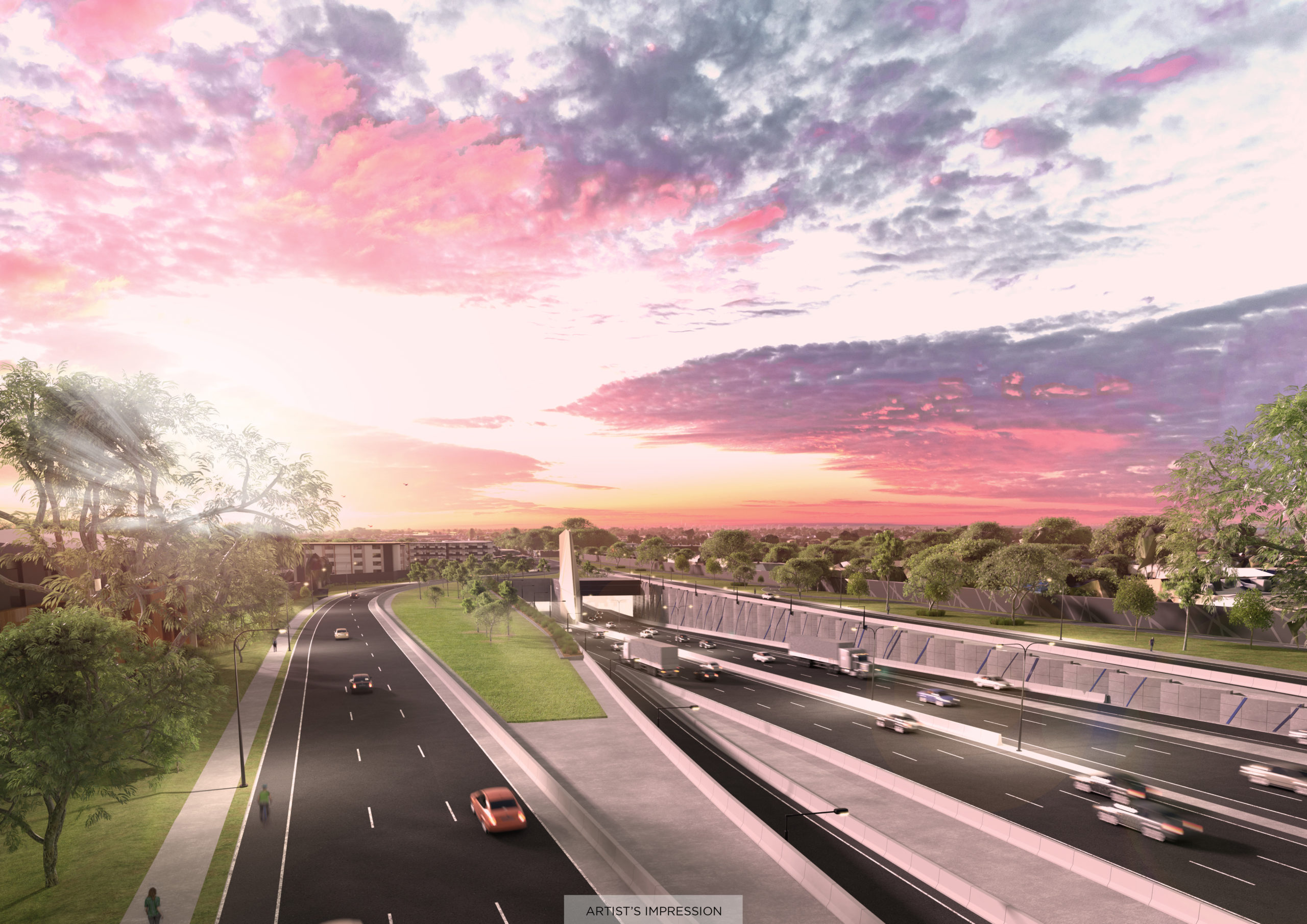 Lucas said the final cost estimate “will not be determined until late next year”, with a final business case due in June before being considered by Infrastructure Australia and Infrastructure SA.

“But this decision is the decision the Government will proceed with,” he said.

“This is the major infrastructure project this state is going to address in terms of financial need and economic benefits.”

While Canberra is yet to commit significant funds to paper, Lucas said: “I’m 100 per cent confident we’ll be able to work with the Commonwealth Government in bringing forward funding which is beyond the forward estimates”.

“Even if there’s a change of government at federal level and that doesn’t occur, we will continue with the project – we’re 100 per cent confident we can manage the cash flow issues of this,” he said.

He said the leaked document distributed by Labor last month purporting to show an all-tunnel solution was one that had been “considered and rejected… because it was $12 billion”.

With the Government exploring lower-cost solutions, Lucas also unveiled an alternative to the fleeting thought bubble of a new covered city stadium – a notion quickly shelved after the COVID pandemic hit.

Instead, the Government has announced a $204 million “Sports Fund” to underpin its State Sport and Recreation Infrastructure Plan. 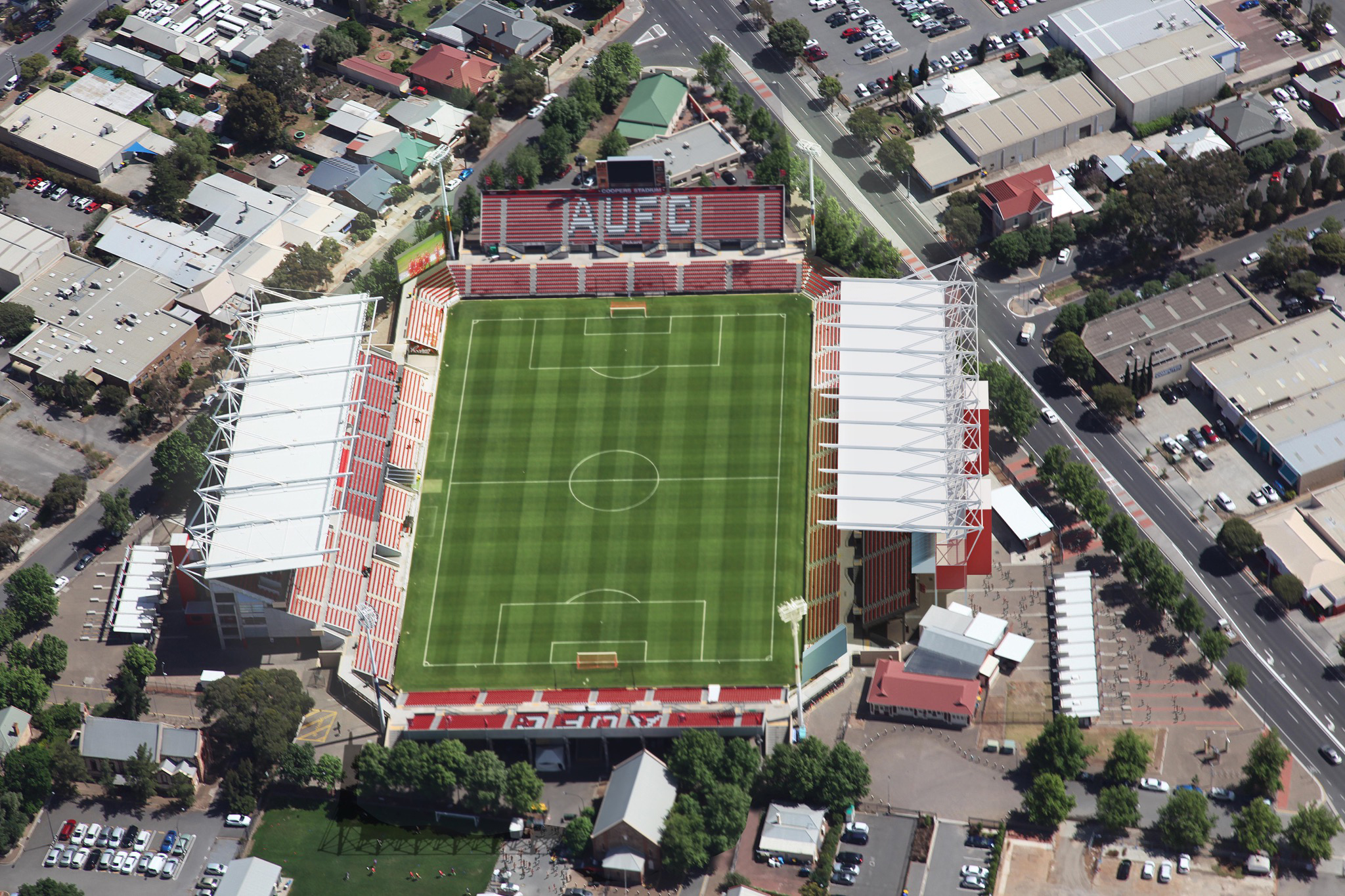 Supplied image of the Hindmarsh upgrade.

Lucas said Memorial Drive will get an extra 1500 seat capacity across four new grandstands, with areas for training as well as functions and events, while Hindmarsh gets new lighting, shade covering the eastern grandstand, pitch replacement and improved disability access, “because it’s frankly appalling at the moment”.

The other major piece of planned infrastructure, the new Women’s and Children’s Hospital, is still awaiting a business plan in the new year.

However, health spending nonetheless dominates the budget, unsurprisingly given its framing in the midst of a global pandemic.

Lucas said health spending blew out by $410 million last financial year, while this year’s figure is now “$676 million more than we budgeted in last year’s budget”.

“The notion from some is that this Government needs to increase health resources [but] the Government has done, dusted significant extra expenditure in health,” the Treasurer said.

“We are ready should there ever be a second wave of COVID-19.”

Schools will also benefit from the Government’s previously-flagged $4 billion stimulus spend, with $37 million allocated to provide grants of between $20,000 and $100,000 to government schools for priority maintenance works – that must be spent within the next calendar year.

Similar grants of $30,000 for every government preschool to undertake maintenance “will provide significant work for tradies and local businesses”, Lucas said.

“That will be spent on local tilers, local carpenters and the like – that’s money that doesn’t have to go through a central procurement process… it will be given to the school, the governing council – they know what their priorities are.”

Lucas said there had already been around 300 applications by 9am this morning for the Government’s second round of small business grants – announced just yesterday.

He’s also caved on waiving payroll tax for struggling businesses – a measure he ruled out when the Victorian Government introduced it earlier this year.

But for all the largesse, in a budget framed against a crisis, there are inevitable nasties.

After making hay on Friday with the announcement of a budget splash on new charging stations for electric vehicles and a commitment to reshape the government fleet, today came the stinger: a road user charge for electric cars.

The charge, which needs to be legislated, is expected to commence from next July 1, with Lucas insisting it was merely replicating the fuel excise paid by other road users.

“Someone has to pay for the road maintenance and upgrades and it should be the people using the roads… we’ve decided to bite the bullet [but] I’m pretty confident that over the next 12 months, at least one or two other jurisdictions will announce a similar road user charge…

“Sometimes someone’s got to have the courage to put their toe in the water first… we think it’s possible, even in the middle of a pandemic, to plan sensible long term reforms.”

He said the measure would initially generate a million dollars a year.

The Victims of Crime Levy will be increased by a mammoth 50 per cent, with Lucas arguing it has remained steady for almost a decade.

However, several previous budget savings measures have been simultaneously walked back: gone is a plan for a “user pays” scheme for event organisers requiring police attendance at events, with Lucas declaring “policing at these events will remain free of charge to event organisers”.

After spending much of 2019 fighting a coalition of business groups and property owners to implement his changes to land tax aggregation, Lucas today announced relief for people stung by the changes by up to $100,000, with their increase to be waived by up to 100 per cent in the current financial year, at a cost of $13 million.

Seemingly gone too is Lucas’s long-held ambition to rein in the size of the public sector. More public servants are employed than last year, with the sector’s FTEs projected to increase by 113 between this year and mid-2024 – but the Treasurer insists that’s “mainly due to increases in health and education”.

Labor was quick to point out that the budget forecast of zero per cent jobs growth in the current financial year – behind the national projection of 2.75 per cent growth – meant it would deliver “no new jobs” in the short term, along with no major works on the Government’s two biggest infrastructure priorities, South Road and the WCH.

“With more than 165,000 South Australians looking for work, we desperately needed a budget which would create jobs now,” Opposition Leader Peter Malinauskas said.

“How is it we have had such a great health response, but we are lagging behind Australia on jobs growth?”

While Lucas will retire at the next election, he insists the most peculiar budget of his career leaves a legacy for future Treasurers to hand down the kind of budget he no doubt hoped to bow out with.

That, he said, was “largely due to the impacts of COVID-19 restrictions on national consumption spending and a reduction in SA’s share of the national GST pool”.

“It’s a new reality – those of us who experienced the old reality and the new have just had to adapt to this,” the career fiscal conservative mused, not too overawed by the magnitude of SA’s recovery task to make light of his predicament.

“Now I know the joys of retail therapy people talk about – it makes you feel good when you’re spending other people’s money.”