Labor’s Clare Scriven and Liberal Nicola Centofanti have penned a joint letter to Human Services Minister Michelle Lensink asking that she reschedule a second reading of the Termination of Pregnancy Bill from November 11 to November 25, to avoid “politicising Remembrance Day”.

In the letter, sent last week and seen by InDaily, the legislative councillors argue that debating the Bill on November 11 “does not have regard to the importance and solemnity of the Day”, which commemmorates armed service members who died in conflict.

The reforms, driven by Lensink in the Upper House and Attorney-General Vickie Chapman in the House of Assembly were introduced last month as a private members’ Bill and will be decided as a conscience vote, rather than on party lines.

The Bill removes abortion entirely from the criminal law – a move that would bring South Australia into line with other states and territories.

The changes would also mean a woman seeking a termination before a certain time would no longer need approval from two medical practitioners – just one.

Scriven is strongly opposed to the legislation, telling InDaily last month that it would allow more late-term abortions.

Centofanti is equally unsupportive, telling the ABC last week that she had “serious concerns” about allowing lawful abortion up until birth.

“We feel that your direction that all speeches about the abortion-to-birth Bill be completed on Remembrance Day does not have regard to the importance and solemnity of the Day,” they wrote to Lensink.

“Instead, it risks politicising Remembrance Day, which would be both disrespectful and inappropriate.

“We therefore respectfully ask that you withdraw your direction for this debate to occur on 11th November and instead indicate that you will ask for second readings to be concluded on 25th November.”

Scriven and Centofanti wrote that the Bill was only introduced to the Upper House in the last sitting week and it was the role of the mover – Lensink – to choose when it be debated.

“We therefore hope that you will honour the importance of Remembrance Day and change your indicated date,” they wrote.

“Please give this your immediate attention and advise of your decision as a matter of urgency.”

Dawkins told InDaily this morning that the council’s standing orders did not prevent certain bills from being discussed on Remembrance Day.

He said he would leave it to the members to sort the matter out between themselves.

“She (Lensink) referred the letter to me so I was aware of the concerns about it being on Remembrance Day,” he said. 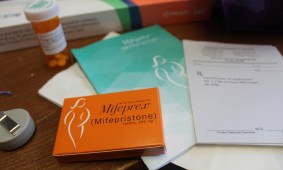 “It really needs to be an action of the chamber, I think, to change it.

“It could be outside the chamber that a decision is reached – I think there’s some potential for that.”

The letter is the second to come from a member of the Liberal Party criticising Lensink’s support for abortion law reform.

South Australian federal senator Alex Antic last week wrote to Lensink and Chapman arguing that the “brutal bill” had “horrified” constituents, and that the Liberal Party “which I know” is not “of the radical left”.

Lensink and Chapman – both moderates – hit back, accusing the conservative senator of ignoring facts and assuming that he knows what is best for women.

The provision of safe and accessible abortion in a regulated medical framework is not radical, anti-women or…