Documents lodged with Consumer and Business Services, seen by InDaily, also show Zonfrillo’s business The Living Room Bar Pty Ltd applied for a suspension of its liquor licence for its Rundle St premises on March 30.

Orana had been shut since late March, while its downstairs sister eatery Bistro Blackwood closed in December last year.

An administrator’s preliminary report showed the two restaurants made a combined loss of around $400,000 in each of the last two financial years, with Zonfrillo’s companies The Living Room Bar Pty Ltd (trading as Orana) and Blackwood Bistro Pty Ltd owing more than $1 million to creditors, with around $865,000 owed to unsecured creditors of Restaurant Orana.

Administrators David Kidman and Martin Lewis of KPMG say Zonfrillo, who was recently contracted to appear in a new season of TV reality cooking show MasterChef, “has indicated to us that he is intending to formulate a proposal for the Companies’ creditors’ consideration”.

However, “as at the date of this report, no further details have been provided to us in this regard”.

If a Deed of Company Arrangement is not forthcoming before the next creditors meeting early next month, or if it is rejected by creditors, “then the Companies will most likely go into liquidation”, the administrators say.

Major creditors include the Australian Taxation Office and National Australia Bank, as well as landlord the Rundle East Company Ltd.

The amount claimed by the latter is contested by Zonfrillo. Rundle Street East is a division of the Maras Group, whose founder Theo Maras told InDaily today: “It’s sad to see such a young, talented entrepreneurial chef, who has developed a national profile, end up in a situation of having his businesses under administration.”

“My concern and my thoughts go to small, unsecured creditors who may suffer due to these unfortunate circumstances,” Maras said.

InDaily has sought a response from Zonfrillo. 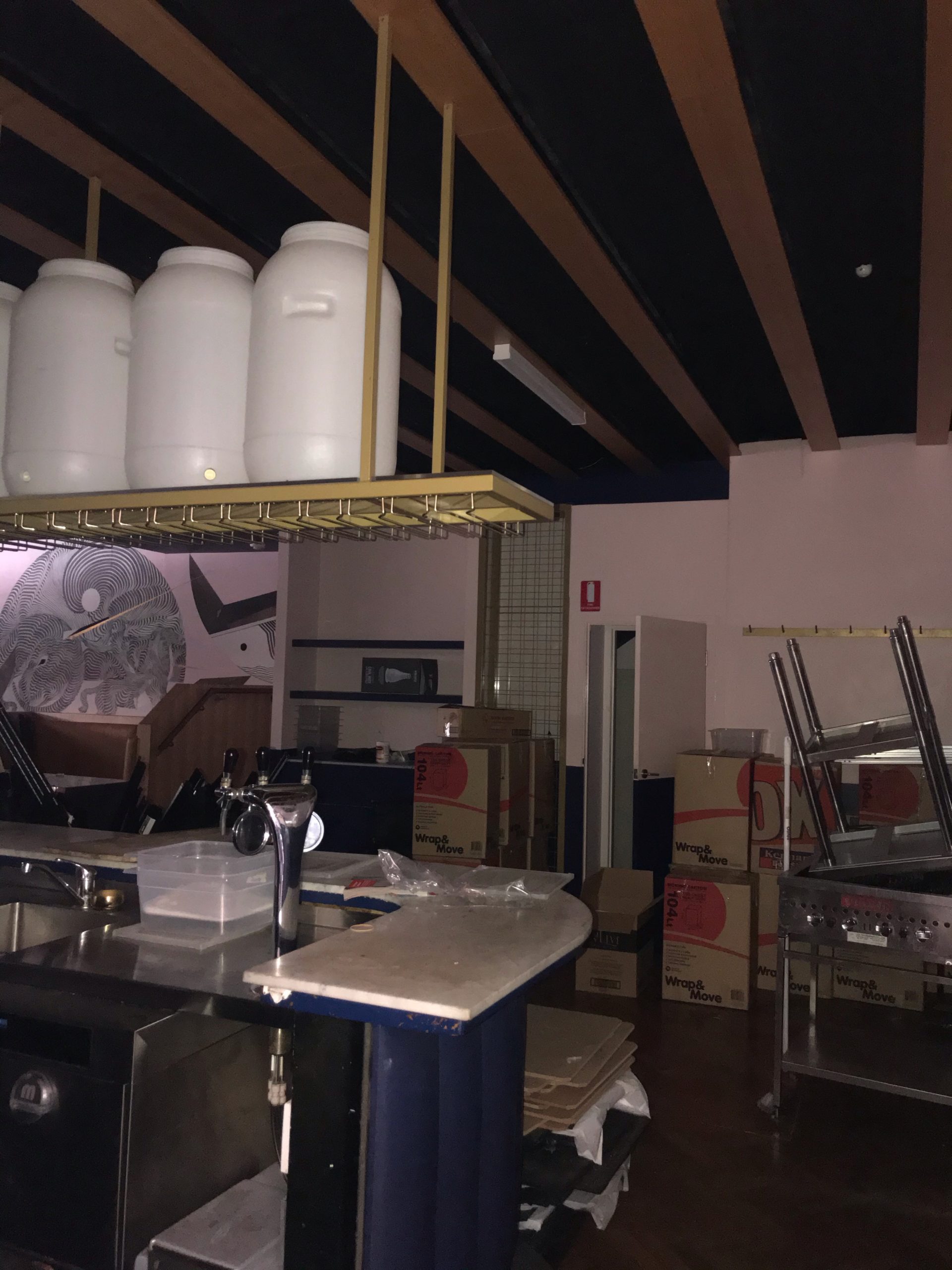 The recent interior of Bistro Blackwood.

KPMG revealed The Living Room Bar “has an unpaid debtor amount of approximately $5000 which relates to the sale of wine stock to an interstate restaurant in August 2020” – five months after its temporary closure, but two months before it declared this month it would not reopen.

“We will attempt to recover payment of this amount (assuming it hasn’t already been paid),” a report submitted to ASIC reads.

“Following the closure of Restaurant Orana in March 2020, the Living Room Bar wine stock was relocated to a storage unit in Melbourne, Victoria.

“We are making enquiries with Victorian based wine merchants to arrange for the remaining stock to be valued and sold.”

InDaily asked Zonfrillo why the wine stock was transferred interstate if he was intending to reopen the restaurant, but has not received a response.

As reported by News Corp today, the administrators are also examining a loan from The Living Room Bar to Zonfrillo Consulting to buy a $135,000 Audi car, with the report also revealing several other “related party loans” included loans totalling $1.36 million from Zonfrillo’s wife Lauren and her company Pulse Consulting.

KPMG write that the Living Room Bar employed seven staff “as at the date of our appointment”.

“Given the permanent closure of Restaurant Orana, [those] staff were made redundant as at the date our appointment [and] the Director has advised that the majority of employee entitlements have been paid with approximately $1000 outstanding,” the report reads.

“Our investigations regarding unpaid entitlements is continuing.”

It lost a further $13,000 in the first quarter of the current financial year, largely related to interest.

The administrators say they have “commenced preliminary investigations into the affairs of the Companies [which] will cover matters such as Insolvent trading, Unfair preferences and Potential breaches of Director duties”.

A separate report revealed by InDaily in July revealed a third Zonfrillo Rundle St venture , Mallozzi, tallied up almost $100,000 in trading losses in just five months and “may have traded insolvent” before its abrupt closure.

At them time, the MasterChef host said he was “currently working through the options for Orana’s reopening.”

“Orana is a small restaurant physically and while there are square meterage restrictions in place it’s not feasible for us to open and run a successful business,” he said at the time.

“We are, like every other restaurant in the country, hoping that we can open to diners again as soon as possible.”

In a statement provided to creditors this week, he reiterated that “COVID forced us to close our doors back in March” and “COVID, combined with our lease ending in a couple of months, continuing uncertainty regarding tourism and hospitality, plus the current restrictions have meant we couldn’t breakeven even if we re-opened”.

“As such, the closure became permanent,” he said.

“Thinking back to the start of 2020 we had hoped this would be one of our best years yet and as we packed up the restaurant in March, we had no idea how long the situation would last for and none of us thought it would mean the end, but despite our best efforts, it is the end.”