The revelations have prompted calls for an immediate independent investigation.

One of the state’s leading obstetricians, Associate Professor John Svigos, told the Select Committee on Health Services in South Australia he was aware of three deaths in the past four weeks, but the doctors’ union later told the committee another death had occurred last Friday, taking the total to four.

In his evidence, Svigos, who is convenor of the WCH Alliance lobby group, said Adelaide was the only mainland capital city that did not have provision of paediatric cardiac surgery or a vital life-support machine known as Extra Corporeal Membrane Oxygenation (ECMO) Support Service, which replaces the function of the heart and lungs.

He said critically ill babies and children instead had to be transferred interstate.

“There are consequences, particularly in our current COVID-19 situation where the usual process of referral to the Melbourne cardiac unit is no longer tenable and referral to Sydney is on a case-by-case basis,” he said.

“I have been given to understand that the Women’s and Children’s Hospital sadly has seen the death of three babies in the last four weeks who were unable to be transferred, and who almost certainly would have benefitted from on-site cardiac surgery and an ECMO Support Service.

“Respectfully I shall leave it to you to imagine the profound effect of these deaths on the parents, their families and the dedicated medical and nursing staff dealing with these tragedies.

“The WCH Alliance would humbly ask how many more deaths of babies and young children will the community and the staff be forced to endure before the Minister of Health will cut across this unnecessary procrastination due to the inbuilt inability of the board and the CEO and the executive to make definitive clinical decisions, and move to solve this problem?”

South Australian Salaried Medical Officers Association chief industrial officer Bernadette Mulholland told the committee she’d become aware of another death at the WCH on Friday linked to the lack of cardiac services, meaning there had now been four in the past month.

She also said doctors were experiencing “burnout and fatigue”.

“Essentially there is not enough staff, not enough resourcing, not enough allied health to run many of the services of paediatric medicine in this state,” she said.

“If something is not done about it then the legacy this will create for the women and children of this state will unfortunately be very grim.”

Svigos agreed clinicians at the WCH had been left “demoralised”: “They feel that they have let their patients down,” he said. 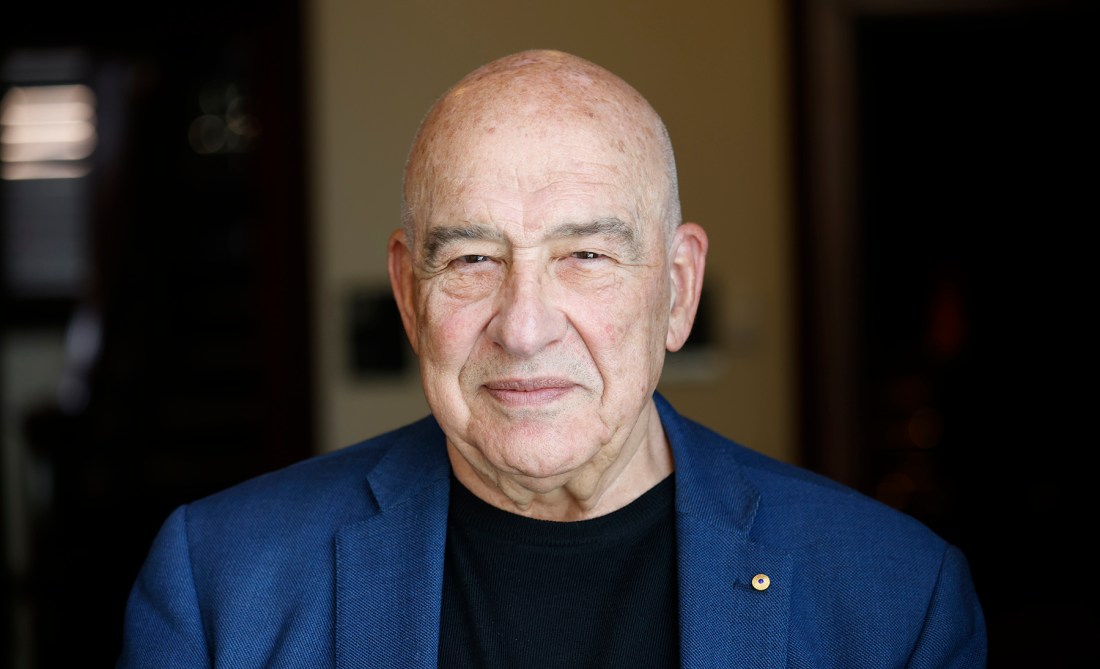 He’s calling for South Australia to establish its own service here as soon as possible, which he says would have an ongoing cost of $1 million a year.

Parents Daniel and Simone Winkless know the fear of having a child sick with severe cardiac and breathing problems and being unable to access required services here.

She was placed in intensive care at the WCH and a team of specialists from Melbourne was required to fly to Adelaide to perform life-saving ECMO services on her.

She was then flown to Melbourne for cardiac surgery.

“We thought she was going to die many, many times,” Daniel Winkless told InDaily.

“We were lucky the Adelaide team kept her alive long enough to get her ECMO.

“If we had the ECMO here she may have been put on it earlier and she may not have got so bad.”

Winkless said it was essential a paediatric cardiac surgery and ECMO service was developed in SA as soon as possible.

“If it’s good enough to be in every other mainland state why can’t we have it here,” he said.

He said it was “devastating” to hear of the four recent deaths at the WCH.

“It shouldn’t come down to luck. We were lucky someone picked up the phone (and Charlotte was able to be immediately transferred to Melbourne).” 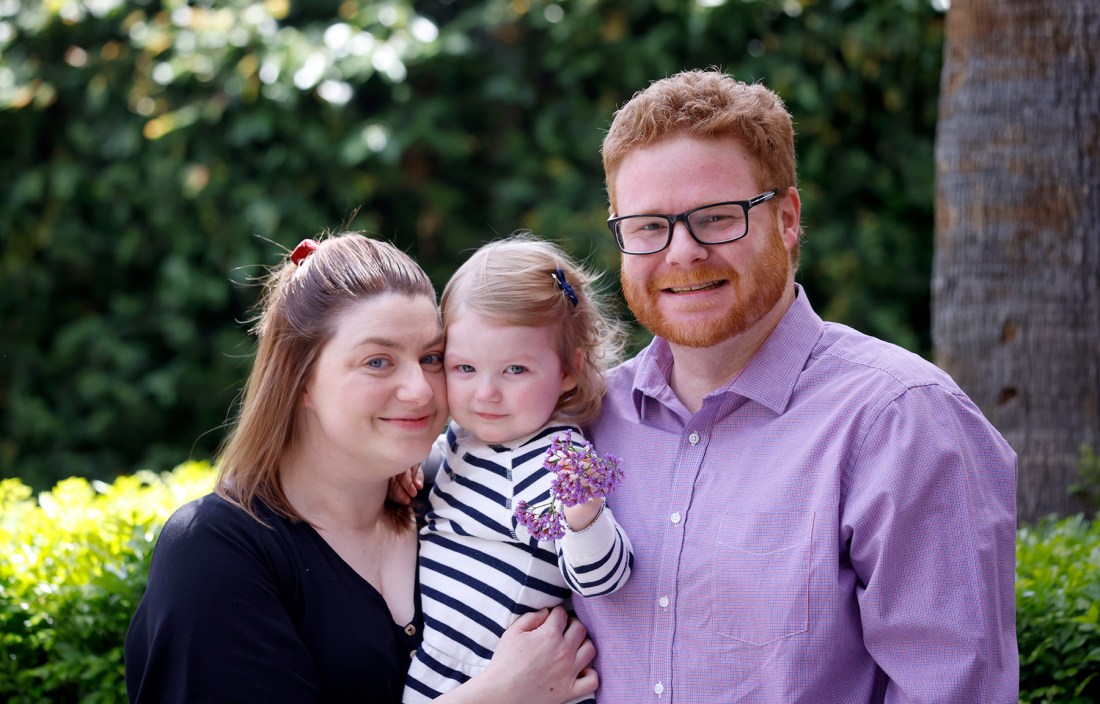 The chair of the parliamentary committee, SA Best MP Connie Bonaros, is demanding an immediate independent investigation into the allegedly “avoidable” deaths.

“I am calling on the immediate, urgent and independent investigation into the deaths of these four babies – that we know of – over the past month, as well as any other babies that have potentially died because the Women’s and Children’s Hospital does not have a paediatric cardiac surgery unit,” she said.

“The current situation at the WCH is completely and utterly unacceptable and reprehensible.

“It breaks my heart to hear explosive claims that young babies and children are dying unnecessarily at the hospital.

“It makes me white hot with fury that these babies are allegedly dying due entirely to the fact this penny-pinching government is not prepared to commit financially to a paediatric cardiac surgery unit.

“It is putting cost-savings ahead of human lives – it is a national disgrace.

“Every South Australian should be extremely disturbed by the explosive claims made before the committee today.”

“Doctors have had enough and are speaking up because of their serious concerns for their patients,” he said.

“Doctors believe these are second-class services and that is clearly not good enough.

“Doctors are being ignored by the government in their calls for cardiac surgery.”

Health Minister Stephen Wade said: “It has been 18 years since paediatric cardiac surgery was available at the Women’s and Children’s Hospital. The Board currently has a review underway and I await its findings.”

In a statement to InDaily SA Health said: “The Women’s and Children’s Hospital provides the highest quality care to all our patients and South Australian children will always have access to the health services they need.

“To ensure young South Australians receive the best possible treatment, some patients may need to travel interstate due to the specialised nature of care they require.

“We transfer our patients who require complex paediatric cardiac surgery to the Royal Children’s Hospital (in Melbourne), as it remains the safest option and offers the best care for our children and their families.

“We are working closely with our clinicians to develop a service proposal for the use of ECMO for children in South Australia.

“Paediatric cardiac surgery services are currently under review with the Network’s Board. The quality of the services we provide is always our number one priority and South Australian families should rest assured that our hospital continues to provide the safest care for our patients.” 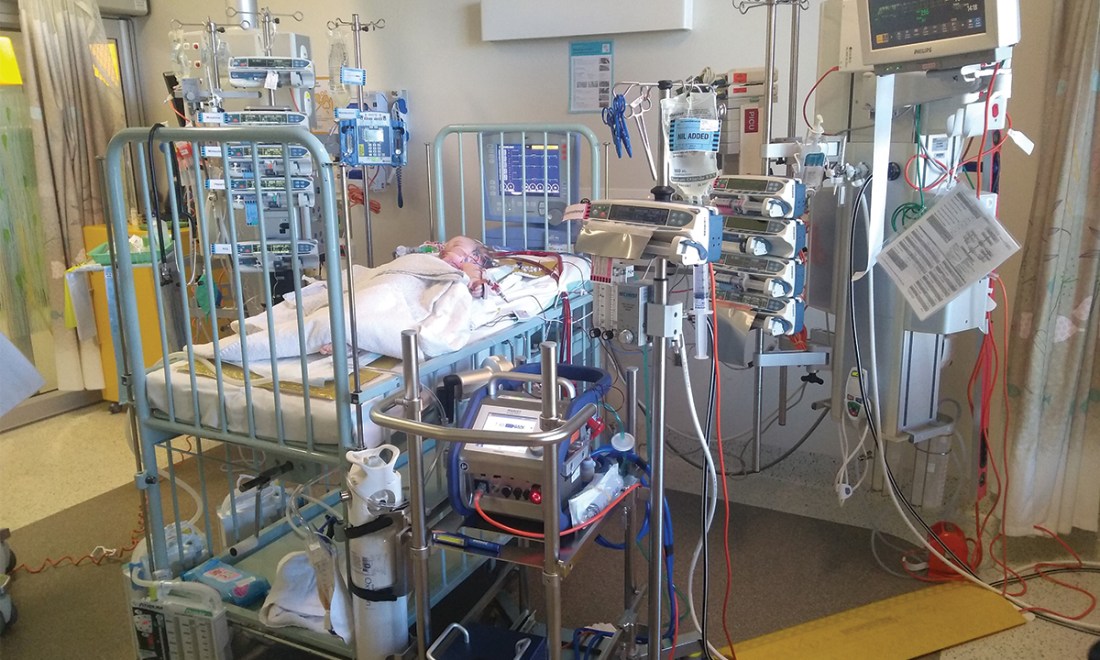 Mulholland also told the committee junior doctors were “sleeping on the floor because of a lack of resources”.

Svigos said SA was losing skilled doctors to interstate and overseas and that doctors were gagged by SA Health from speaking out about the issues, particularly in relation to deaths, which is why the WCH Alliance had been formed.

He claimed the unit had been sitting idle since its official “opening” on August 14, at a cost of $5,000 a day.

“The staff have been forced to continue to manage small and at-risk babies in the infection prone old SCBU and have already had to cope with a dangerous power failure in the unit,” he said.

He said the new unit had “strangely enough” opened this morning.

“Thirty per cent of these items are well past the manufacturer’s ‘use by’ date and include neonatal ventilators often repaired three and four times, oxygen monitors, operating laparoscopes and orthopaedic and neurosurgical drills.”

Svigos also raised concerns about planning of the new Women’s and Children’s Hospital, to be sited near the near Royal Adelaide Hospital.

“Most participating clinicians are of the opinion that the plans are already ‘done and dusted’,” he said.

Clinicians have previously raised concerns about a lack of beds and inadequate staff and visitor parking.