The State Commission Assessment Panel (SCAP) gave Victoria-based developer The Punvec Group the green light for its two 68-metre-tall buildings last week – one housing a hotel and the other residential apartments.

As part of the development, the Publishers Hotel – the original Franklin Street home to the newspaper The Stock Journal – will become the entrance to a 150-room hotel tower.

The more than 100-year-old Publishers Hotel, previously a wine bar, is set to retain its existing façade.

It was sold earlier this year after closing its doors in December. 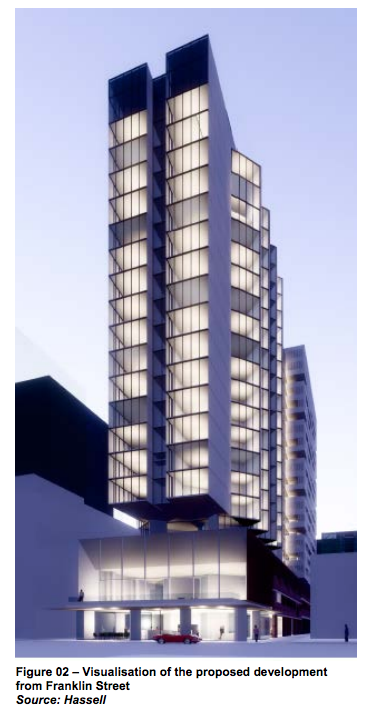 A render of the proposed development at 108 Franklin Street. Image: SCAP development proposal

The 2112 sqm site is currently the home to a number of brick warehouses over four separate allotments, which sit behind the Publishers Hotel between Tatham and Cannon streets.

The warehouses will be demolished, retaining only their facades, with a “podium” featuring a rooftop garden built to connect the two towers.

A second 128-bedroom tower will include a mix of studio, two- and three-bedroom apartments with a spa and gym facilities, café, restaurant and bar, and 700 sqm of retail areas.

The proposal said while existing warehouses were not considered of heritage significance the retention of the existing fabric would “preserve a connection to the site’s former use and history”. 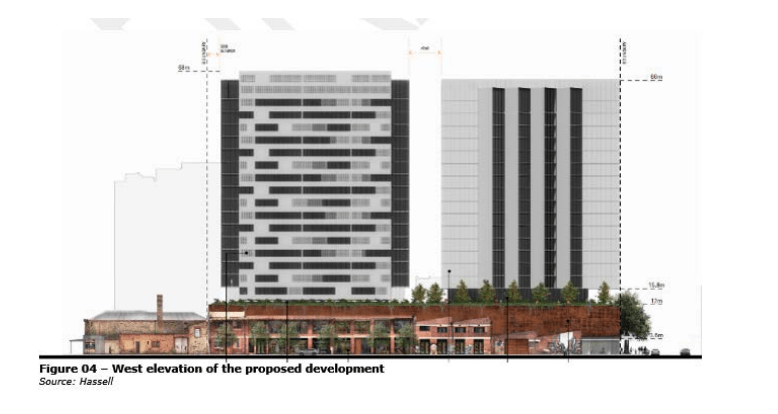 According to the development proposal, both the government architect and council saw the potential to “significantly improved the public domain of Franklin Street, Tatham Street ad Cannon Street”.

The proposal is subject to affordable housing rules.