The reforms, driven by Attorney-General Vickie Chapman, will be introduced as a private members’ bill and will be decided as a conscience vote, rather than on party lines.

Chapman said the proposed laws would remove outdated provisions in the current system.

“The reforms proposed in the Termination of Pregnancy Bill are based on recommendations by the South Australian Law Reform Institute and have been the subject of extensive consultation,” she said.

“Our proposal removes abortion entirely from the criminal law – a move that would bring us in line with all other Australian states and territories.

“This is a based on the understanding that it is a medical procedure which should be treated like any other health issue.”

The changes would also mean a woman seeking a termination before a certain time would no longer need approval from two medical practitioners – just one.

“Under the State Government’s proposed laws, an abortion can be performed by one medical practitioner up to 22 weeks and six days gestation,” Chapman said.

“After that period, a medical practitioner can only perform an abortion if they consult with another practitioner and both are of the view that the procedure is medically appropriate.

“This is consistent with current clinical practice, and in line with recommendations by the Department for Health and Wellbeing.”

But Labor MP Clare Scriven, who is strongly opposed to the legislation, argues it would allow more late-term abortions.

“The current law allows abortion up to 28 weeks for the physical or mental health of the mother, and after that to save the life of the mother,” she told InDaily.

“The Attorney-General (has admitted) that the current laws mean, in practice, abortion on demand up to that six and a half month stage.

“The Attorney used the example of ‘a woman just has to go in and say I’m at risk of mental health’ to obtain an abortion. Clearly the new legislation will also include mental health reasons, so will become abortion on demand up to birth.”

Scriven said late-term abortions had a “significant increase” after similar legislation was introduced in Victoria.

“Babies are considered able to live independently of their mothers at around 23 to 24 weeks gestation. Why shouldn’t those babies be given that opportunity?” she said.

“No woman has been prosecuted for having an abortion in SA in the last 50 years so talking about a need to ‘decriminalise’ just deflects from the key issue – which is that this bill enables abortion to birth.

“Abortion on request to birth is not currently happening, so this bill is clearly a significant change.”

The legislation has deeply divided MPs, who will have the opportunity to ask questions at a briefing tomorrow with a group of medical specialists, including Australian Medical Association state president Dr Chris Moy.

“The AMA is in support of the current bill and has contributed submissions to the development of it,” Moy told InDaily.

“The legislation essentially does only one very important thing – decriminalises abortion for women and doctors, which is an unfair burden and an important women’s health issue.

“These are already very difficult decisions for the women I see, with lasting psychological effects. The last thing they need is for the added burden of criminality.”

Moy said the legislation “essentially aligns with what is already going on”.

“The legislation will not cause more women to choose abortion, and it brings legislation into current practice under the current legislation,” he said.

“There are already professional standards and ethics applied at the moment. Theoretically a woman can (already) have an abortion right up to birth if there’s a risk to life.”

Moy said only one to two per cent of abortions performed now occur after 20 weeks.

“The vast majority of these are because there’s a lethal condition of the foetus which is diagnosed at the 19 or 20 week mark,” he said.

The Bill would also remove a requirement that a person seeking to terminate a pregnancy must have been resident of South Australia for at least two months. 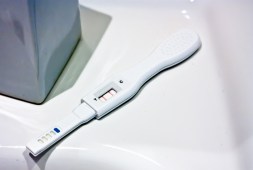 Greens MP Tammy Franks, who supports the legislation, told InDaily this would be important for backpackers and tourists.

“It brings our legislation up to modern medical practice,” she said.

“It cleans up the law so that women and medical professionals are making the decisions about a woman’s healthcare.”

Human Services Minister Michelle Lensink, who will introduce the Bill to the Upper House this afternoon, said it was time to modernise the state’s abortion laws.

“In this day and age, it’s completely outdated that abortion is still under criminal law,” she said.

“These days, there is overwhelming public support to decriminalise abortion and it makes sense given women have done nothing wrong.”