Just a year after the conservative Right faction seized control of the Liberal state council and governing state executive, the Left has formally wrested it back, exploiting a split in the Right to win the presidency and three of the four vice-presidential spots up for election.

The near-clean sweep thwarted the bid of Adelaide City Council deputy mayor Alexander Hyde to become a party vice-president, his campaign unsuccessful despite being endorsed by some on the centre-Right as their primary candidate.

But many on the Right argue the results were not definitive, after moderate-backed former MLC Legh Davis snared the presidency by a razor-thin margin, the 80-year-old beating rural medico Max van Dissel 112 votes to 102.

“I’ll continue to advocate for rural health and the rural workforce.”

However, he added that he would “wait on the boundary redistribution” to determine his next move.

“If Kapunda is in Frome I might consider my options there,” he said, also noting that many other towns serviced by his medical practice were in the mid-north seat.

Frome is likely to be a hotly contested preselection for the Liberals, with independent incumbent Geoff Brock set to contest neighbouring Stuart if, as expected, his heartland of Port Pirie is shifted there under the final boundary redistribution, due in November.

Hyde, who also works in the office of federal Right-winger Nicolle Flint, told InDaily: “What we saw happen on the weekend was the final instalment of a complete moderate takeover of the SA division of the Liberal Party.”

He said there were “people of calibre from both sides” of the factional divide, adding: “I think the party works better whilst there’s at least some semblance of equilibrium, and people of talent from across the broad church are able to contribute.”

He said “I don’t think anyone’s going to take their bat and ball and go home” but noted the new state executive would be overwhelmingly moderate-dominated.

“There needs to be a degree of collaboration… the Left have effectively divided and conquered [but] some wounds have been self-inflicted.” 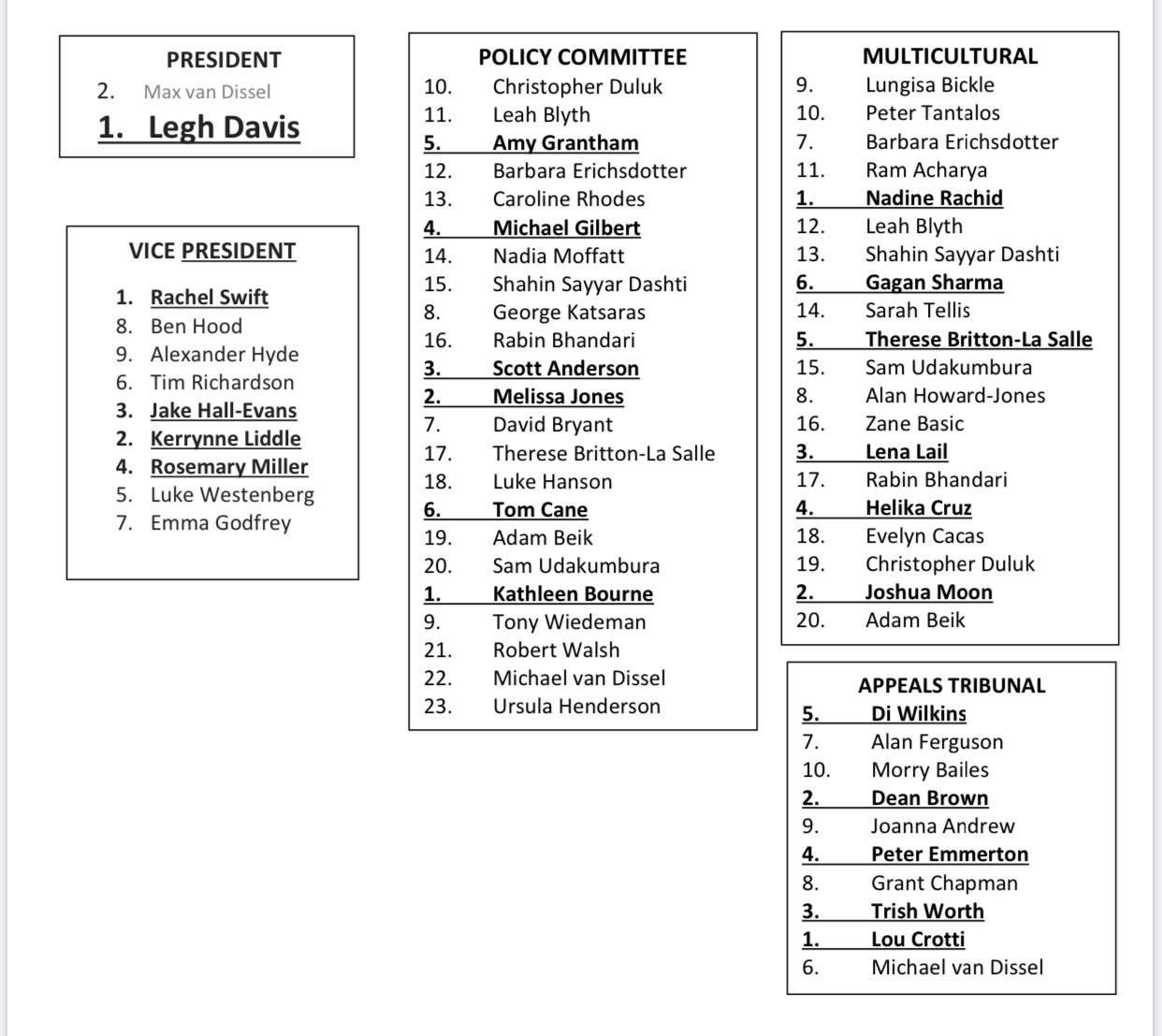 One source suggested the Right now had to reconcile its divisions if it wanted to again become a significant player in the state party, saying: “Essentially the Right understand they’ll never get in with a split ticket.” 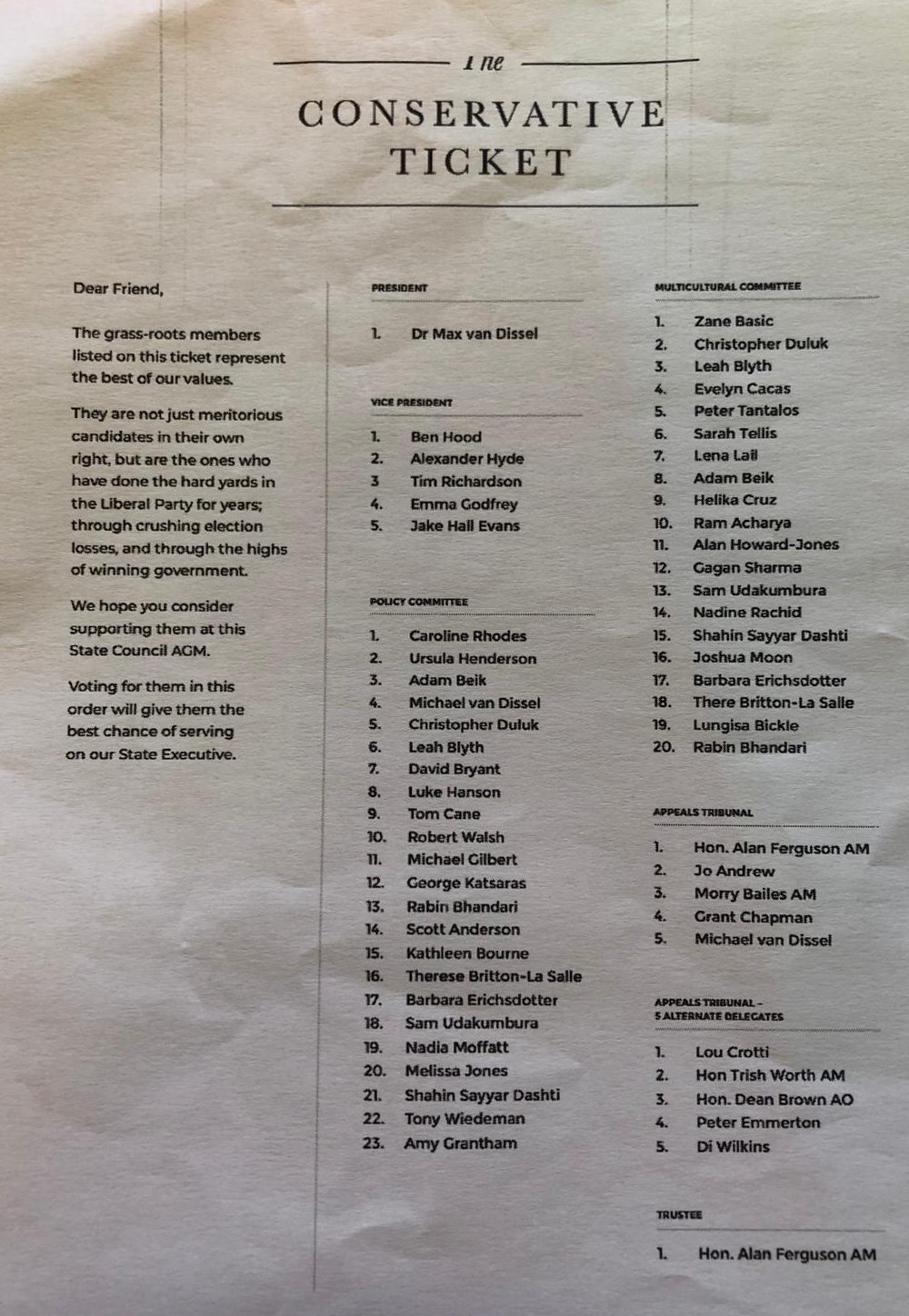 The unsuccessful Conservative ticket – of which only one vice-presidential candidate got elected.

Hyde said “that will be up to those people that have issues with each other to sort them out”.

“At the moment we’re doing a disservice to our own values, by allowing those issues to get in the way,” he said.

Health consultant Rachel Swift was elected with moderate backing and support from the Centre Right, after a campaign that showcased support from both factions. 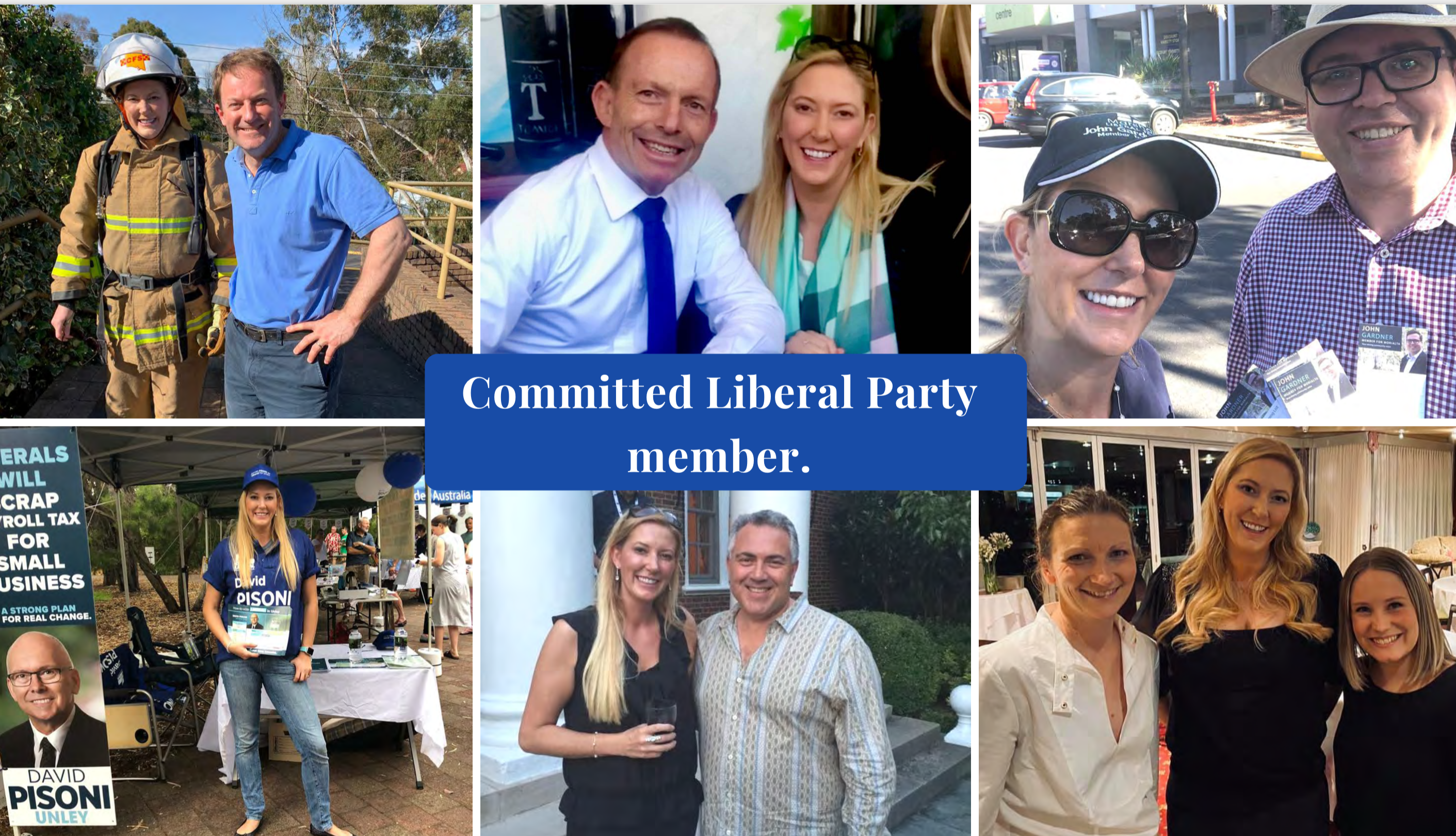 An excerpt from Rachel Swift’s campaign brochure sees her with prominent members of both the Liberal Left and Right.

Jake Hall-Evans, who oddly appeared on the ticket for both left and right factions, and moderate Rose Miller were also elected after staffer Kerrynne Liddle withdrew due to illness.

Incumbent right-winger Ben Hood was the only conservative to win state council backing.

One senior Liberal hailed the ballot results as a “substantial shift”.

“There’s no other way to look at it,” they said.

“The Left have a clear majority on state executive – and hopefully that will mean a more cooperative base amongst everybody going forward.”