The move comes as Brabham Automotive this month launched the BT62R, the street-legal version of “the world’s most track-focused hypercar”, the BT62.

The street-legal luxury car, which will be manufactured in Edinburgh Parks, will now come with an add-on option for built-in Kyron Audio system.

Buyers of the BT62 race car will also have the option to purchase a matching Kyron Audio system for their home, complete with Brabham livery.

With a price tag of about $1.5 million each, Brabham plans to manufacture 70 BT62s and BT62Rs, making it one of the most exclusive projects in automotive industry.

“Brabham partners with brands which have the same focus on quality, customer engagement and which strive for excellence in their field,” Marks said. 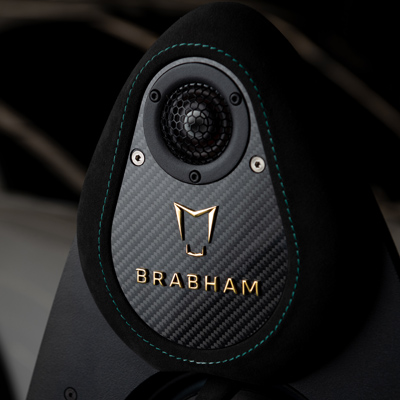 Kyron Audio is scaling down its luxury speakers to suit the Brabham hypercar.

Kyron Audio, which moved its headquarters to Adelaide in January 2016, has been handcrafting extreme high-fidelity dipole speakers since 2001.

Lee Gray and Leon Suter cofounded the company after discussing the idea on a Hercules flight when they were both members of the Royal Australian Air Force.

Kyron’s Kronos sound system won the 2015 Loudspeaker of the Year over $20,000 award, as well as the Melbourne and Sydney Design awards for outstanding aesthetics.

“Just as a Brabham changes your perception of what a supercar can do, enjoying music via the Kyron Audio system is a mind-changing, immersive experience,” he said.

“We are proud to share Brabham’s passion for performance and dynamics and look forward to creating outstanding experiences for our shared clientele.”

The partnership represents another unique venture for the Kyron cofounder, who earlier in the year partnered with Andrew Rogers Industrial Design to start “Ned’s Head”: a start-up which manufactures face shields for essential workers.

Ned’s Head has supplied more than 50,000 of the faceshields to SA Health in a bid to protect health workers against coronavirus. The face shields also recently won a Good Design Award.

Brabham Automotive has also found new opportunities during the pandemic, with South Australia’s low coronavirus numbers making it easier for the company to attract skilled employees.

The company released the Brabham BT62 in May 2018, making its racing debut at the end of the 2019 Britcar Endurance Championship season.

The new roadworthy BT62R cuts down on exhaust noise and has an adjusted ride-height to ensure it complies with vehicle regulations.