Djite, Adelaide’s all-time leading goal-scorer and a member of their victorious 2016 Grand Final side, told InDaily today: “I wouldn’t rule anything out.”

But he emphasised he was not poised to confirm his candidacy for the 2022 state election, saying it was “nowhere near that level of political discussion with anyone within the party”.

However, senior sources have linked him with the inner southern suburbs seat of Badcoe, held by first-term Labor frontbencher and former journalist Jayne Stinson, whose margin was slashed to just two per cent under the recent draft boundary redistribution.

Djite has a long-held relationship with Treasurer Rob Lucas, whose son is one of his closest friends.

“Everyone’s looking at the boundary redistribution [the final report is due in November] and seeing where they land… there’s a lot of marginal seats out there and there’s some good incumbents.”

Asked if it was correct to say senior members of the party had approached him about running in 2022 and he was considering his options, he said: “That’s very accurate.”

“What I value the most in my current role [at United] is how much I get to go out and engage with different communities.”

He said politics was “definitely a keen interest of mine”. 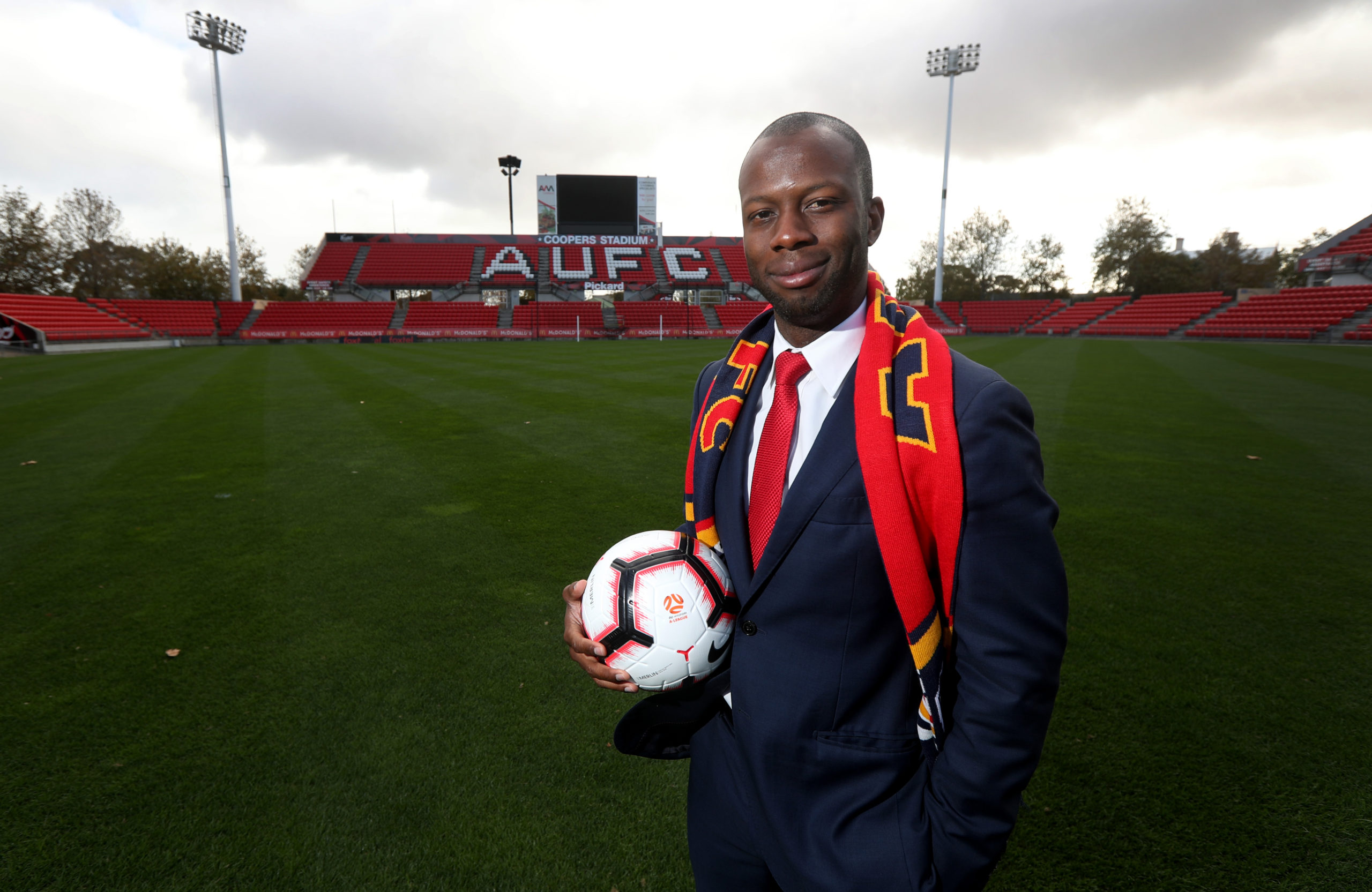 Lucas told InDaily he had “known Bruce for a fair while” and “he’s always been interested in politics”.

“I’ve raise the prospect of whether he’s interested [in running]… whether it’s this time round or next time round,” he said.

Lucas confirmed Djite was “certainly interested in” a political career but added: “He’s got a young family, two young kids… he’s got to make career choices as to whether he’s interested in politics, or wants to stay in football administration, or go into business – all career options are before him.”

“I’m certainly encouraging him to consider a political career – I think he’s an outstanding prospective talent,” he said.

“Whatever career choice he chooses, I’m sure he’ll make a success of it.”

He agreed Badcoe “comes into play because of possible boundary changes” but “ultimately these sorts of decisions are decisions for the individual”.

“I’ve discussed all the options with Bruce, and certainly unlike some people who might only be interested in federal parliament, because of a young family [and] the sorts of issues [he’s involved in] state politics is of a greater interest to him.

“He is more interested in lower house than upper house at this particular stage.”

He said other seats may present themselves in the longer term if Djite opted not to contest the next election.

“I depends on your time frame… whether you look at it this time – and it is one of the options – or next time,” he said.

“He’s still thinking about it, but there are a lot of other factors he has to weight up.”

Asked whether he could guarantee support form the local Liberal branch, Lucas said there were “certain areas [that] people have locked away likely majority support over a long period of time” but that Badcoe was not one of those.

“All of the options are open [but] he’d be likely to get significant support, I think, from a number of us within the party if he chose to go down that particular path.”

Stinson has previously enthused about Djite in a social media post last year, in which she described him as “one of my fave sporting blokes” and “Dad of the year” for taking his four-year-old son to the W-League after he heard him remark that “girls don’t play football”.

She told InDaily today: “I live in Badcoe and every day I’m working my heart out to improve the lives of people in our local area… I’ll keep doing all I can for the wonderful people I’m fortunate to represent.”

In a 2016 interview with podcast Rooster Radio, published by InDaily, Djite described himself as “a capitalist at heart” but described the US as “a bit too far-Right”.

Djité on life after football: “I’m a capitalist at heart”

He also enthused about Clive Palmer, who owned Gold Coast United FC during his time there, saying: “He was really busy but he always had time for us and he was so generous.”

The state Liberals have a chequered history with sports stars-turned candidates, with champion Paralympian Matt Cowdrey snaring Colton from Labor at the last election, and former Crows premiership star Nigel Smart making an unsuccessful bid for Norwood at the 2006 state election.