McCarthy read his final flagship 7.45 news bulletin this morning, with the majestic fanfare heard for the final time in the traditional weekday timeslot.

As of Monday, the bulletin will be cut across the ABC’s national network as part of cost-cutting measures by the national broadcaster’s Sydney-based management.

Job losses are also part of the budget-saving package, with the ABC announcing this morning that today would be McCarthy’s final day in the job.

At the end of the bulletin, McCarthy thanked listeners for supporting the 7.45 edition for more than 80 years and encouraged them to continue to back the ABC. 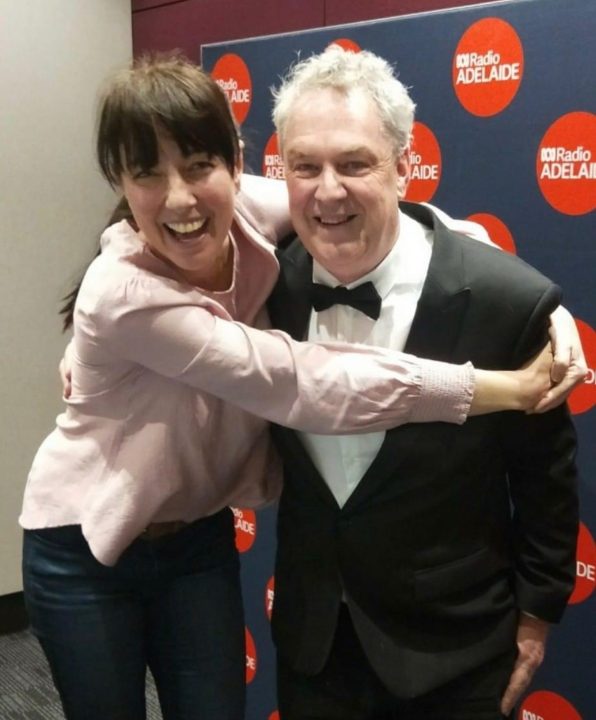 Tuxedo-clad McCarthy later told ABC Radio Adelaide’s breakfast program that the process of leaving the ABC was like a “divorce”, but he’d still appear once a week on Peter Goers’ evening show.

“The ABC said to me ‘it’s not you, it’s us’ – we need a change. But it’s been an amicable split; they’ve been kind enough to grant me access visits to Peter Goers…”

He said it had been a privilege to be allowed into the homes and lives of the ABC audience.

“Those of us here on radio, we’re like friends and companions to just so many people. So many people you meet, they feel like they know you. You get sent stuff from people – cards and beautiful messages – and that really means a lot to me to come into so many lives of so many people…”

He said a lot of media executives “around the world” believed radio was finished, but they didn’t appreciate the social importance of the medium in people’s lives.

McCarthy’s final plea was for listeners to stick with the ABC.

“There’s changes, but don’t touch that dial. Stay here. It’s important. It’s your ABC and keep going with the public funding of it.”

His ABC colleagues paid tribute to him today, with breakfast announcer Ali Clarke saying she was devastated by his departure.

From Monday, the full “majestic fanfare”, which has always introduced the 15-minute 7.45am bulletin, will be heard at the head of the 10-minute local bulletin at 7am.

Local programming will be extended from 7.30am t0 8am, followed by a new five-minute local bulletin before AM.

The changes are part of a cost-cutting program announced by the ABC in June, with today’s last 7.45 bulletin coinciding with a number of newsreaders across Australia announcing they are leaving the ABC.

The cuts include up to 250 jobs across Australia.

An ABC spokesperson wouldn’t comment on the number of job cuts in South Australia, saying that the “redeployment/redundancy period” was not finished.

Clarification: The original text of this report suggested Friday’s 7.45 bulletin was the last. The bulletin is also broadcast over the weekend, which means it ends on Monday, September 21.