South Australia has posted the worst unemployment figures in Australia despite the state’s jobless rate remaining unchanged at 7.9 per cent from July to August.

However, falls in the unemployment rate in Queensland and Western Australia meant SA again has the worst figures.

Australia’s unemployment rate unexpectedly fell to 6.8 per cent in August as another large jump in employment was reported amid COVID-19 restrictions easing across most states.

The national unemployment rate fell from a 22-year high of 7.5 per cent in July, but still stands well above the 5.1 per cent rate seen in February when the pandemic first hit Australia’s shores.

The number of people unemployed across Australia fell below one million after rising to a record high in July, according to figures released by the Australian Bureau of Statistics on Thursday.

The Reserve Bank and Treasury have both predicted the unemployment rate will rise to 10 per cent by the end of the year with a further 400,000 people joining the dole queue.

The number of people in employment across Australia rose 111,000, the third month of exceptionally strong increases as restrictions were unwound.

The participation rate of those people in work or seeking employment rose by 0.1 per cent to 64.8 per cent.

Economists’ forecasts had centred on a fall of 35,000 jobs in the month with the unemployment rate ticking up to 7.7 per cent.

South Australians are evenly divided in their support for a plan to establish a federal nuclear waste storage facility on Eyre Peninsula, according to a poll by The Australia Institute.

The survey, published today, asked a sample of 510 South Australians about Federal Government plans to establish a low and intermediate level nuclear waste storage facility near the regional South Australian town of Kimba.

Two in five respondents (40 per cent) support the plan while the same number were opposed and 20 per cent did not know.

The survey was conducted between July 23 and 27.

In a March 2020 poll, The Australia Institute asked respondents whether they supported the potential use of the Whyalla shipping port and South Australian roads to transport the intermediate level nuclear waste to Kimba. More than a third (34 per cent) supported the transport proposal while just over half were opposed (51 per cent).

Greens voters were the most heavily opposed to the plan (55 per cent oppose) and 54 per cent of coalition voters supported it. Respondents who identified as Labor voters were evenly split on the issue – 42 per cent for and 44 per cent against.

Crowds of up to 25,000 will be allowed at Adelaide Oval matches from this weekend under relaxed coronavirus rules.

The increased capacity will begin when in-form Adelaide takes on Richmond on Saturday.

The AFL has also announced it will impose a price freeze on ticket prices, meaning fans will be able to buy tickets at 2019 prices

The SANFL has also announced its final series will also be played at Adelaide Oval during October, with the local league’s Grand Final to be played in front of up to 25,000 fans on October 18.

Social distancing will continue to apply for all spectators at Adelaide Oval, with one vacant seat space between all issued tickets.

All finals will be televised live and free on Channel 7 and 7plus.

Victoria has recorded its lowest number of new coronavirus infections in almost three months. But eight more virus deaths overnight have taken its  fatalities to 745 and the national figure to 832.

The 28 new cases is the lowest daily figure for Victoria since 20 on June 24.

The rolling 14-day new case averages have also fallen to 44.4 for Melbourne and 2.9 for regional Victoria.

There are 83 cases with an unknown source in Melbourne and one in regional areas.

Regional Victorians woke this morning to eased COVID-19 rules as locked-down Melburnians have to cope with their so-called “ring of steel”.

Victoria Police has tightened traffic checkpoints on Melbourne’s outskirts to crack down on regional travel, with rules for outside the city wound back overnight.

Under the regional travel crackdown, Melbourne adults who leave the city without a lawful excuse will be handed a $4957 fine.

The new offence comes into effect from Thursday and is designed to deter Melburnians from entering regional Victoria.

It will be complemented by beefed-up roadblocks, creating lengthy traffic delays as vehicles pass through.

The next step for regional Victoria means pubs, cafes and restaurants will be able to serve people outside with strict density quotas, while outdoor gathering limits will be upped to 10.

Regional Victorians will also be able to leave their homes without restriction and all shops can reopen.

They will still be able to travel via Melbourne to reach other parts of the state but can only stop for three reasons including food, care and permitted work and study.

Caravan parks and camping grounds in regional areas are also able to reopen from Thursday, but with group booking restrictions.

Melbourne’s new case average must stay between 30 to 50 for some of the city’s restrictions to be eased as planned on September 28. 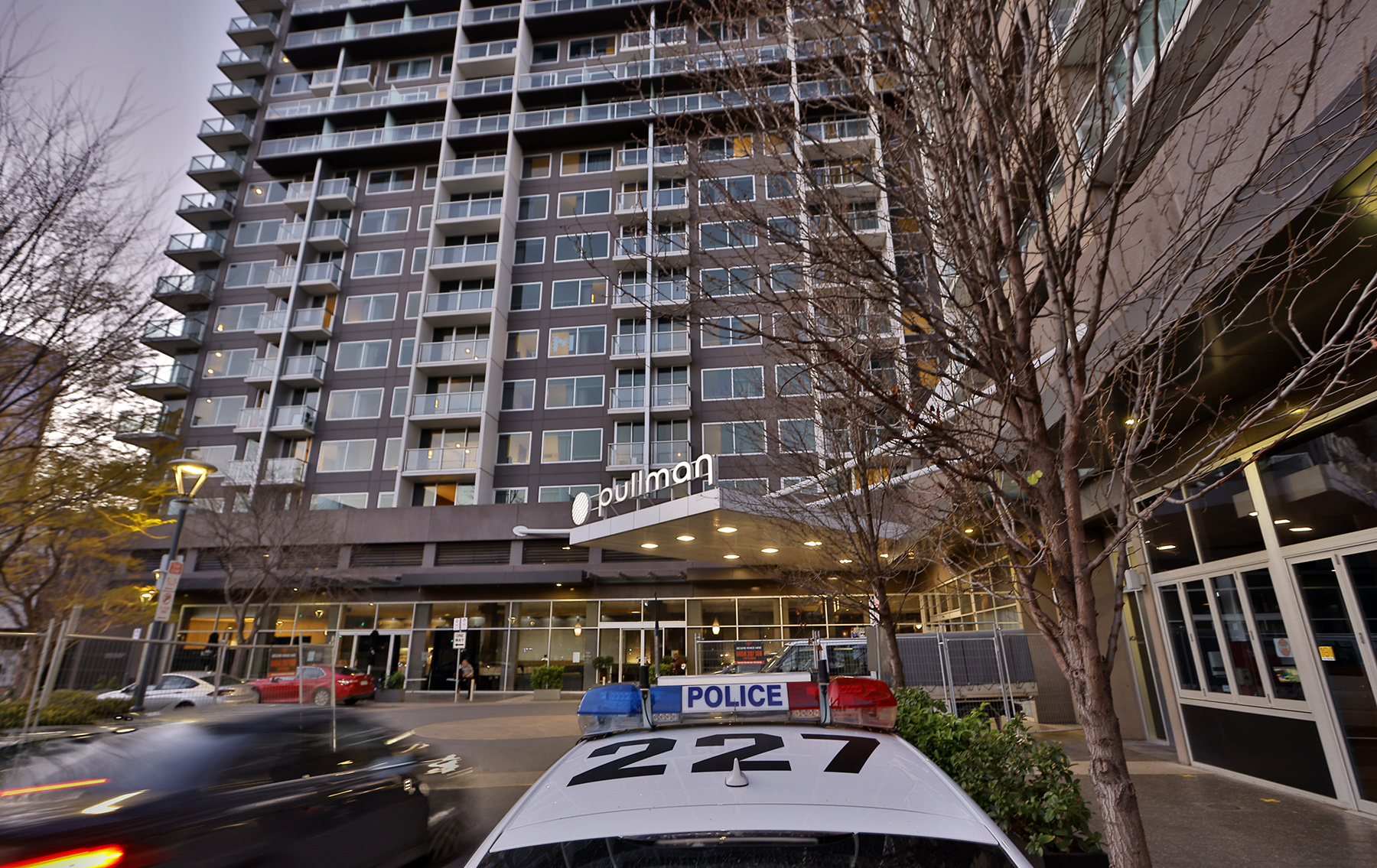 South Australia is preparing to boost the capacity of its medi-hotels for returned travellers. Picture: Tony Lewis/InDaily

South Australia is looking to take more travellers returning from overseas after the latest move to ease the state’s COVID-19 border restrictions.

The increase comes as the federal government calls on states to boost caps on international arrivals from 4000 to 6000 in a bid to rescue more of the 25,000 people stranded abroad.

SA has advised the Commonwealth that it will increase its hotel quarantine capacity from 500 to 800 in coming weeks.

That will be split across three areas with 600 places for returning travellers, 100 for high-risk domestic arrivals and 100 to isolate locals impacted by any community outbreaks of the coronavirus.

In a statement, the government said taking 600 international arrivals each week would double the current capacity.

“South Australia is pleased to be able to assist with supporting more Australians to return home,” the statement said.

“We will continue to look at options to further increase our medi-hotel capacity.”

The change comes after SA also lifted its border restrictions with the ACT on Wednesday, providing a boost to Australia’s domestic aviation sector.

Travellers who fly into SA from Canberra will no longer be required to quarantine for 14 days.

However, the quarantine arrangements will continue for people from NSW amid continuing concern over community transmission of the virus in that state.

South Australia reported no new COVID-19 cases on Thursday, leaving the state’s total since the start of the pandemic at 466.

There are no active infections.

NSW Premier Gladys Berejiklian has declared the state free of COVID-19 hotspots, despite reporting another 10 cases of the illness yesterday.

Four of the state’s new virus cases detected in the 24 hours to 8pm on Tuesday were community transmissions linked to existing cases or clusters, while six were returned travellers who are in hotel quarantine.

This led Berejiklian to declare on Wednesday that the Queensland border should no longer be closed.

“If you look at any proposed definition of hotspot, technically there aren’t any hotspots in NSW, so I’d be arguing there’s no reason to keep the border closed today,” she told reporters.

Queensland is reportedly considering a rule change that will require NSW to go just 14 days, rather than the current 28 days, without community transmission of COVID-19 before the northern state reopens its border.

The change would bring it in line with South Australia’s policy on the NSW re-opening.

“There’s really no basis to have the Queensland border shut. I would argue that even the 14-day limit is potentially unrealistic,” Berejiklian said.

Centuries to South Australia’s Alex Carey and Victorian Glenn Maxwell have helped Australia to an unlikely win and a cherished series victory in its ODI cricket match against England this morning.

Set 303 for victory in Manchester, Australia looked dead and buried at 5-73 – the lowest score Australia’s fifth wicket has fallen at in an ODI against England since 1977 – when Maxwell joined Carey at the crease.

The record partnership of 212 brought Australia within sight of victory before Maxwell (108) and then Carey (106) were dismissed with just 10 runs needed from the last over.

Earlier in the day, Starc took wickets with the first two balls of the match, dismissing Jason Roy and Joe Root for golden ducks.

England recovered to score 7-302 thanks to Jonny Bairstow’s 112 and 57 from Sam Billings and Chris Woakes’ unbeaten 53.

The turning point of the match happened in the 20th over when Jofra Archer thought he had Carey caught at third man for nine, only for video review to show he had overstepped the mark to deliver the first no ball of his ODI career.

Buoyed by that reprieve at 5-95, the pair set about rebuilding the tourists’ innings and then stepped up a gear to attack the English attack in the final 25 overs to haul in a competitive target.

Star batsman Steve Smith sat out for a third successive match after being struck on the side of the helmet at training last week. 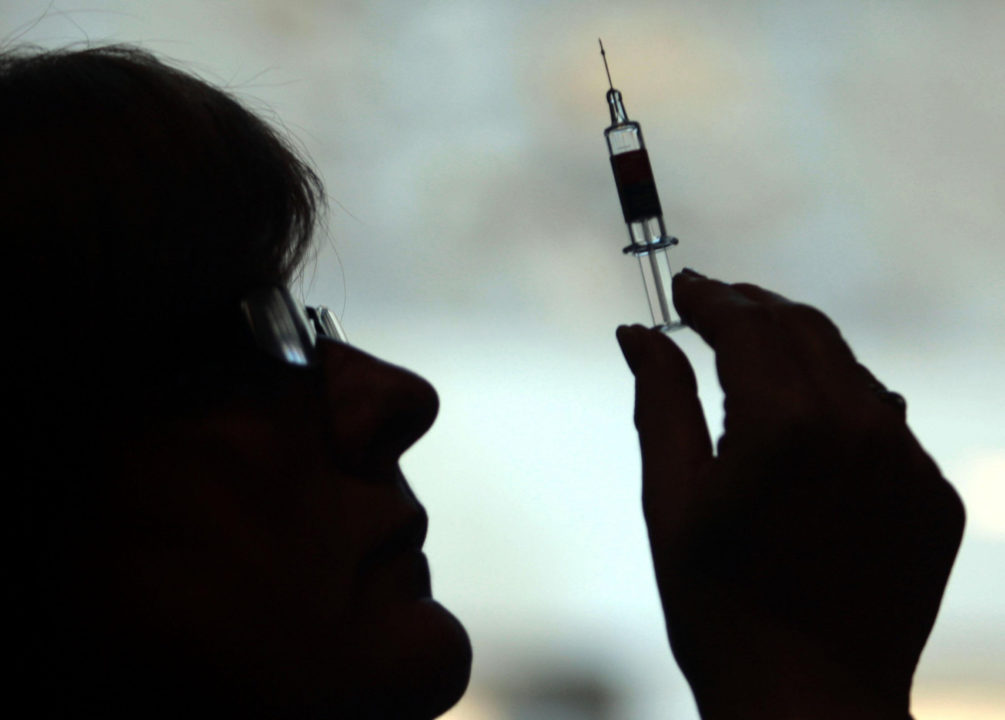 A health scare that led to a pause in trials of AstraZeneca COVID-19 vaccine candidate may not have been associated with the vaccine itself, according to a document posted online by Oxford University.

Enrolment in the British drug maker’s global trials of the vaccine, which it is developing with researchers at Oxford University, was paused on September 6 after a participant in the UK had a serious side effect thought to be a rare spinal inflammatory disorder called transverse myelitis.

Safety reviews were conducted when volunteers in the trials for testing the vaccine candidate, called AZD1222 or ChAdOx1 nCoV-19, developed unexplained neurological symptoms including changed sensation or limb weakness.

“After independent review, these illnesses were either considered unlikely to be associated with the vaccine or there was insufficient evidence to say for certain that the illnesses were or were not related to the vaccine,” the document said.

The vaccine trials have resumed in Britain, Brazil and South Africa but not yet in the United States.

Meanwhile, the United States government has outlined a sweeping plan to make vaccines for COVID-19 available for free to everyone in the country.

In a report to Congress and an accompanying “playbook” for states and localities, federal health agencies and the Defense Department sketched out complex plans for a vaccination campaign to begin gradually in January or possibly later this year, eventually ramping up to reach any person who wants a shot.

The Pentagon is involved with the distribution of vaccines but civilian health workers will be the ones giving shots.

States and local communities will need to devise precise plans for receiving and locally distributing vaccines, some of which will require special handling such as refrigeration or freezing.

States and cities have a month to submit plans.

Distribution is happening under the umbrella of Operation Warp Speed, a White House-backed initiative to have millions of doses ready to ship once a vaccine is given what’s expected to be an emergency use approval by the Food and Drug Administration.

The US Justice Department says it has charged five Chinese residents and two Malaysian businessmen in a wide-ranging hacking effort.

The US government also said two Malaysian businessmen were charged with conspiring with two of the Chinese hackers to profit from computer intrusions targeting the video game industry.