A small rocket scheduled to blast off from a launch facility in South Australia has failed to fire but the company behind the mission says it could try again within 24 hours.

But chief executive officer Lloyd Damp said the outcome was not what the company wanted.

“We ignited the rocket motor, but the rocket itself, the propellant, didn’t ignite,” he told reporters at the site.

“This is one of the things we’ve been training for over the past few days.

“We will unpack the rocket and find out work out what went wrong and we might be back as early as tomorrow to try again.

The 3.4m, two-stage rocket was to carry a miniature sensing device to an altitude of about 85km, before both would fall back to earth.

The rocket’s payload is less than 27cm long, but with its suite of antennas will conduct an important sensing mission to detect and identify specific radar signals.

Southern Launch had planned two separate launches from the SA site, with a second scheduled for Saturday.

Damp said that was still the plan but much would depend on the analysis of what went wrong with the first attempt and the weather.

A low-pressure system is expected to develop in the west on Wednesday with a trough forecast to bring rain and thunderstorms across SA.

Travellers flying in from Canberra will no longer need to quarantine for 14 days but will not be allowed to arrive by road.

No decision has yet been made on lifting restrictions for travellers from NSW.

SA health officials continue to have concerns over community transmission of the virus in NSW.

They would like to see a two-week period with no community transmission, depending on the source of any new cases.

The last case there of significant concern to SA occurred about three days ago, which would put a decision on the NSW border at least another 10 or 11 days away.

ACT travellers will still need to seek pre-approval online to travel and will be asked to declare they have not been out of the area for the previous 14 days.

“We’re hopeful that the situation with NSW will continue to improve,” Police Commissioner Grant Stevens said on Tuesday.

“The indicators are that NSW is heading in the right direction.”

SA reported no new virus cases on Monday, leaving the state’s total since the start of the pandemic at 466.

The state has no active infections.

Victoria has reported its first day without a coronavirus death in more than two months.

The positive news leaves Victoria’s toll at 729 and the national figure on 816.

There should be more good news this week, with regional Victorian restrictions set to ease following the drop in infections.

The 14-day new case average for Melbourne has dropped to 52.9 and it is 3.6 for regional Victoria.

Premier Daniel Andrews has flagged regional Victoria may move to the “third step” of its roadmap plan as early as this week.

That step, allowing people to leave their homes without restrictions and hospitality businesses to reopen, is triggered if its 14-day average remains below five and no “mystery” cases are recorded.

“There won’t be a lot of notice,” Andrews old reporters on Monday.

“That is preferable in making people wait for another week or so.

“Hopefully we can have very good news for regional Victoria tomorrow.”

Melbourne will move to its next step of reopening on September 28 if the 14-day average falls to 30-50.

The city took its first tentative steps out of lockdown on Monday, with those living alone or single parents allowed to have one visitor, outdoor exercise extended to two hours and curfew’s start time extended an hour to 9pm.

A low pressure system and trough moving in from the west is expected to bring widespread rain across the state later this week with falls of up to 100mm forecast from late tomorrow.

A wet end to the week expected for #SouthAustralia. Four day rainfall totals: localised falls of 60–100 mm are possible with thunderstorms in the pastoral districts, and areas of 30–60 mm. More generally for SA: 10-30 mm expected, apart from the SE where 2-10 mm is forecast. pic.twitter.com/mqRBk7fpoQ

Four-day rainfall totals with localised falls of 60–100 mm are possible with thunderstorms in the pastoral districts, and areas of 30–60 mm. More generally for SA 10-30 mm expected, apart from the South East where 2-10 mm is forecast.

Up to 15mm is forecast to fall in Adelaide on Thursday. The city is expecting 24C tomorrow and 27C on Friday with more showers on the weekend.

More than 800 drivers were caught speeding on South Australian roads during a four-day road safety blitz by police last week.

Five drivers were arrested, one immediately lost their license and one vehicle was impounded.

Six offences related to motorists driving at 45 km/h or more over the speed limit.

Traffic Services Branch Officer in Charge Superintendent Bob Gray said speeding was a critical factor in every serious crash and was a contributing factor in 31 per cent of fatal crashes in 2019.

He said SAPOL’s Media Road Safety Unit is working on a new road safety campaign targeting the attitudes of speeding drivers, set to launch in a couple of weeks.

“No type of speeding is safe and every driver is responsible for paying attention to their speed and driving to the conditions of the road, at all times,” Gray said. 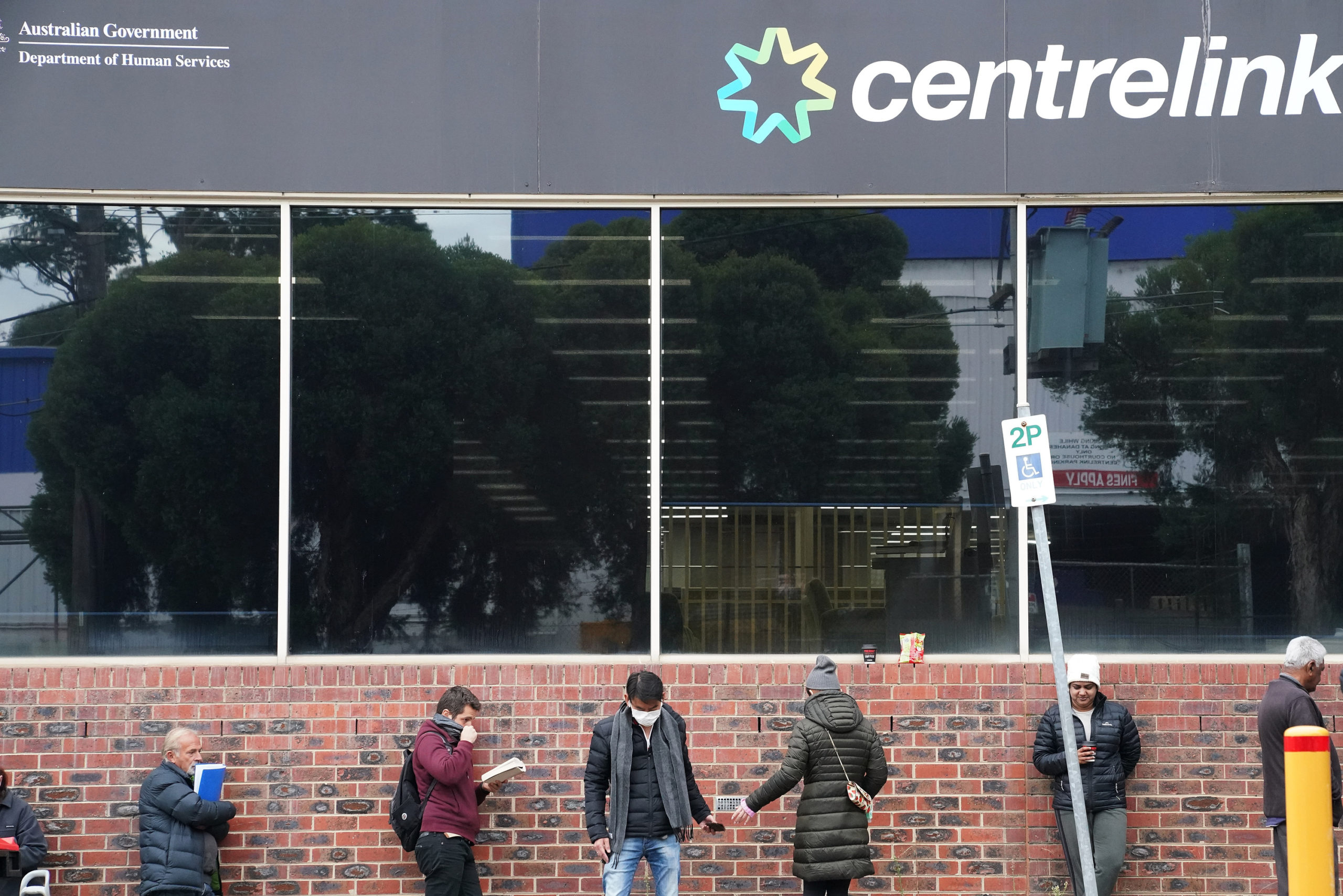 Planned cuts to the Coronavirus Supplement for people on JobSeeker, Youth Allowance and parenting payments would cost 145,000 full-time jobs over the next two years, analysis commissioned by the Australian Council of Social Service.

The Deloitte report, released today, finds that if the government cuts the Coronavirus Supplement on September 25 and then fully removes the Supplement at the end of December it would reduce the size of the economy by $31.3 billion and see an average loss of 145,000 Full-Time Equivalent jobs across 2020-21 and 2021-22.

It found regional communities would be the hardest hit.

The old Newstart rate was effectively doubled to $1100 a fortnight when the Federal Government brought in the temporary Coronavirus Supplement in March.

At the same time, the name of the payment was changed from Newstart to JobSeeker.

The government is planning to cut the Coronavirus Supplement on September 25, reducing incomes of people on JobSeeker by $300 per fortnight.

WHO warns of further lockdowns as virus deaths approach 1 million

The global coronavirus death toll is on track to reach one million by the end of the month and there is a risk of further “costly” lockdown measures if coronavirus transmissions are not kept in check, the World Health Organisation has warned.

More than 29.12 million people have been reported to be infected by the coronavirus globally and more than 925,000​ have died with daily death averages for the past week exceeding 5000.

WHO director-general Tedros Adhanom Ghebreyesus said while deaths remain at a “relatively low level,” the average number of daily cases in Europe was now higher than during the first peak of the pandemic.

Speaking at the 70th session of the WHO Regional Committee for Europe on Monday, Tedros said Europe was not “out of the woods” yet.

“Lives and livelihoods have been lost, the global economy is in recession and social and political fault lines have been exposed,” he said.

“If we do not keep transmission in check, more people will lose their lives and there is the real risk of reintroducing so-called lockdown measures that have been so costly.”

Tedros said countries need to prevent “amplifying events” such as gatherings at stadiums, nightclubs and places of worship, which have been linked to “explosive outbreaks”.

He also said countries should protect the vulnerable, educate people and communities to use physical distancing, hand hygiene and masks to curb transmission, and persist in “public health basics”.

“At the moment, despite the case resurgence in Europe, we have not seen death rates as high as it was in the (northern) spring,” she said.

“As winter approaches and other respiratory pathogens start to circulate including seasonal influenza, we can expect increased risks to older people at this time of year.”

Scientists say they have detected a gas called phosphine that indicates microbes may inhabit Venus the inhospitable planet.

The researchers did not discover actual life forms but noted that on earth phosphine is produced by bacteria thriving in oxygen-starved environments.

“I was very surprised – stunned, in fact,” said astronomer Jane Greaves of Cardiff University in Wales, lead author of the research published in the journal Nature Astronomy.

The existence of extraterrestrial life long has been one of the paramount questions of science.

Scientists have used probes and telescopes to seek “biosignatures” – indirect signs of life – on other planets and moons in our solar system and beyond.

“With what we currently know of Venus, the most plausible explanation for phosphine, as fantastical as it might sound, is life,” said Massachusetts Institute of Technology molecular astrophysicist and study co-author Clara Sousa-Silva.

“I should emphasise that life, as an explanation for our discovery, should be, as always, the last resort,” Sousa-Silva added.

“This is important because, if it is phosphine, and if it is life, it means that we are not alone. It also means that life itself must be very common, and there must be many other inhabited planets throughout our galaxy.”