In a development notice lodged with the Adelaide City Council, Parliament House has applied to spend $260,422 to undertake “conservation and improvement works to the Parliament House (House of Assembly) chandelier winches”.

Winches are used to raise and lower chandeliers to allow cleaning, maintenance and light bulb changing.

Parliament House officials have engaged Swanbury Penglase Architects to help with the restoration, with the State Commission Assessment Panel to have the final say on whether the works are allowed.

According to the Parliament House website, the House of Assembly chamber has not changed since the western wing was completed in 1889.

It comes after Legislative Councillors reported changes to the Upper House over the winter break, including new reupholstered red leather seats and lighting.

Greens MLC Mark Parnell said he was not aware that Parliament House was undertaking conservation works to its chandelier winches, but “quite a bit of refurbishment work” had been done over the winter break.

He said decisions to refurbish both houses were made by the “secretive” Joint Parliamentary Services Committee, which oversees the running of Parliament House. 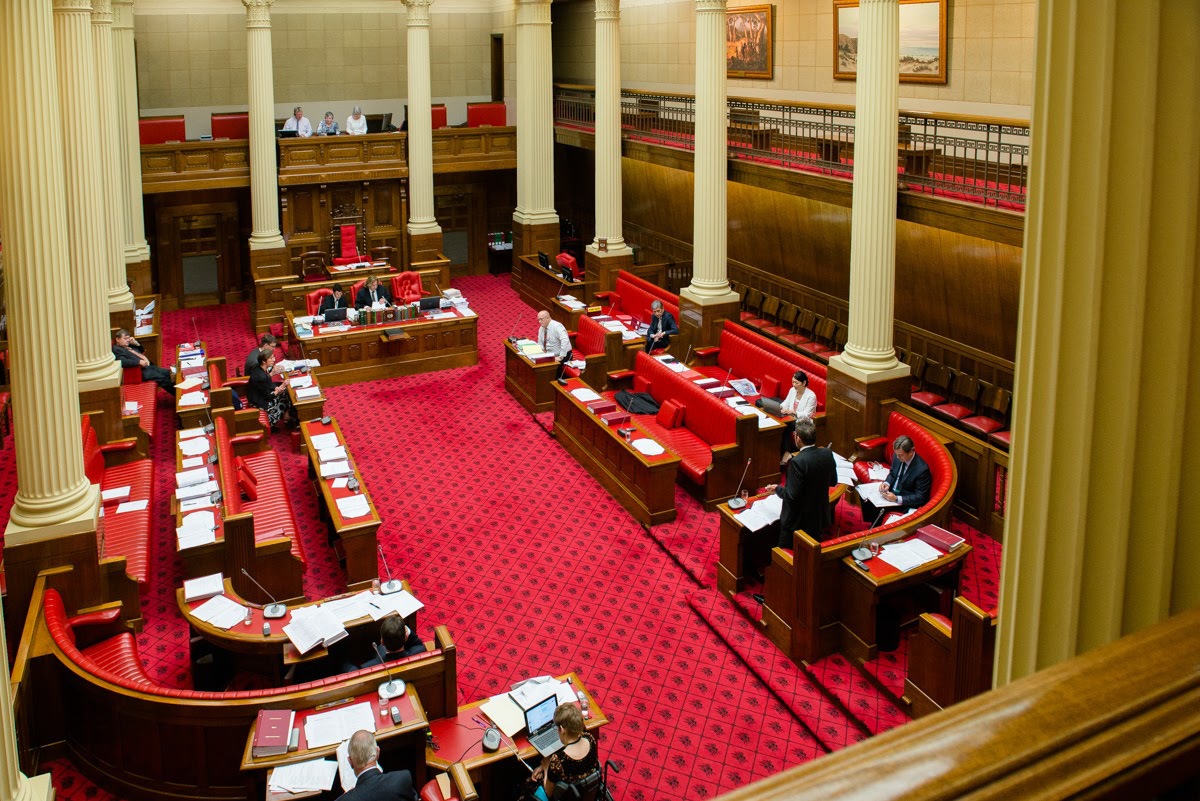 Parnell has previously described the Committee as an “unaccountable fiefdom that runs the building”, whose agendas and minutes are “top secret, and there is no clear avenue to engage with them”.

“That committee does not open itself up to the scrutiny of members and we have no idea what they’re doing most of the time,” he said.

“What I do know is that this is a state heritage-listed building and it does require maintenance and that maintenance can be expensive.

“It does seem like an awful lot of money but it doesn’t surprise me that if something has to be fixed because it’s broken and it’s heritage-listed it’s going to cost a lot more than ripping it out and putting in a modern version.”

SA Best MLC Frank Pangallo said he also was not aware of the proposed chandelier works, but he questioned the decision to reupholster the Legislative Council seating.

“Before they looked perfectly good to me like they would last 50 more years and I think it would have been a bit expensive to replace all of them with new leather.”

Parliament House clerk Rick Crump said the House did not set an annual budget for conservation or upgrade works.

“Given the age of the building, any annual budget for conservation/ upgrade works is inevitably impacted by the quantum and severity of unforeseen maintenance and repair work,” he said.

He said seven winches would be upgraded early in the new year in line with a Parliament House masterplan.

“The hand winch system for the lowering and lifting of the chandeliers presents amongst other things numerous ergonomic and manual handling issues that are considered high risk,” he said.