Tony Higgins, 57, and Derek Robinson, 48, left Coffin Bay on the Eyre Peninsula in a 10-metre wooden-hulled fishing boat called the Margrel, bound for Goolwa a week ago.

They were reported missing on Sunday after reporting engine trouble to a friend two days earlier.

A large-scale search for the men was called off on Wednesday night but two hours later, the men made contact with police.

The Magrel was escorted today to Encounter Bay, south of Adelaide, with Robinson embracing his family after returning to dry land.

“Emotional, very much emotional,” he said.

“I knew I would see them again but I just didn’t know when.

“I’m glad to be back. I’m on steady ground here but it feels like my legs are wobbling all over the place.” 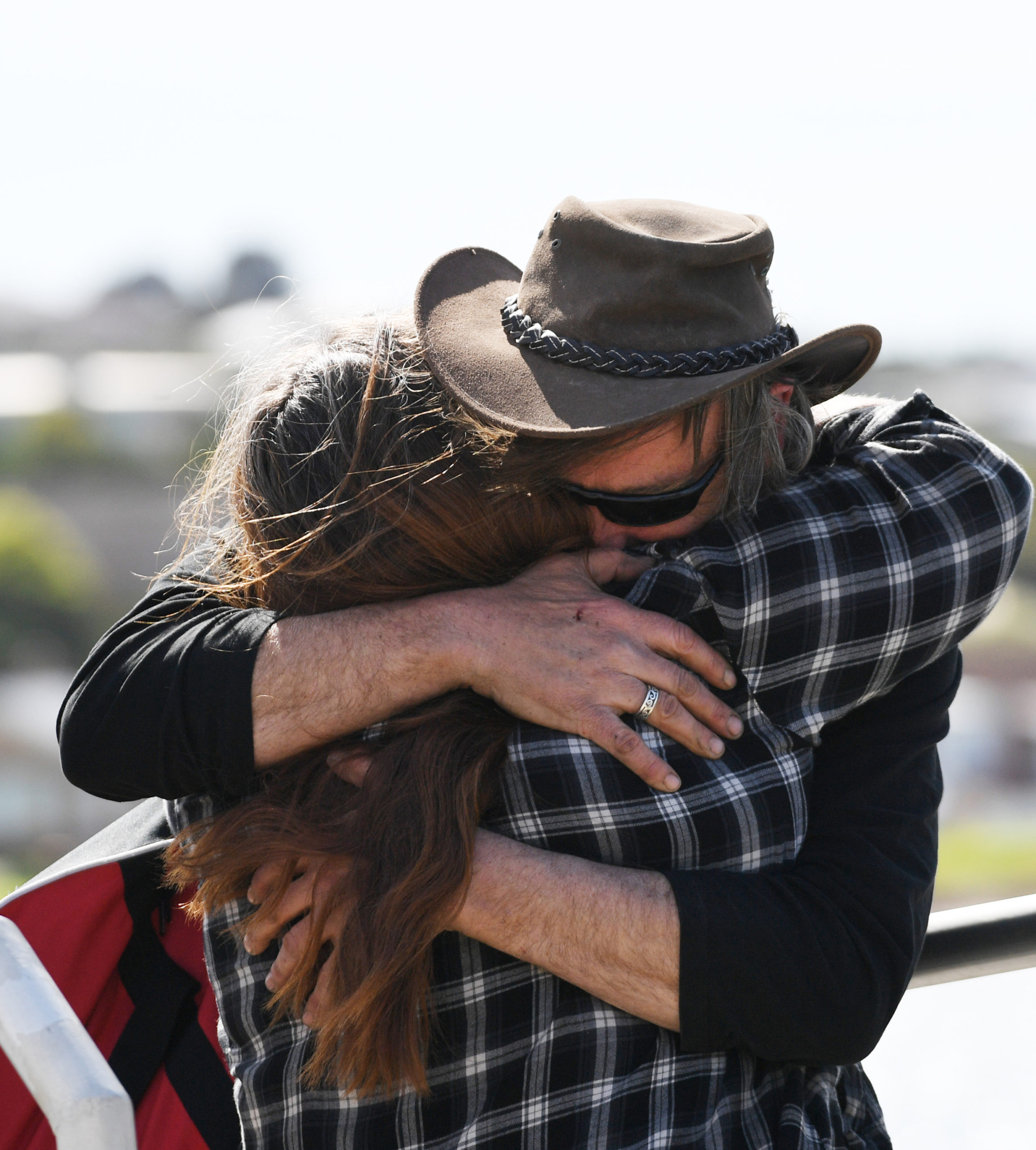 The men reported they were stranded near Salt Creek on the SA Coorong when they were finally able to make contact with police.

Robinson said the pair had encountered rough seas, adding that he no idea about the search operation until they were able to contact police on Thursday.

“I don’t think I felt scared, I felt just isolated. I felt like the world doesn’t exist because we were out in the middle of nowhere.

“There are scary moments when you see big waves coming at you … good fun, all part of the adventure.”

Robinson appeared to be in good spirits, cracking jokes and saying he and Higgins reassured each other throughout the ordeal.

“I dropped my phone on the first night,” he said.

“I actually fell in the drink with it in my pocket off the wharf … so my phone was buggered the whole way through.”

He said the boat had hit something on Friday night, causing damage to a propeller which led them to turn the engine off.

“My boys, everybody that I care about sits right here,” he said, gesturing to a shark-tooth necklace he was wearing.

“I was holding onto this the whole time and thoughts were going through my head, ‘my family, my family’ … and I got through.”

Premier Steven Marshall said confirmation the men were okay was a “great story for South Australia”.