Greens MLC Tammy Franks will today tell parliament she is moving to “request the President urgently progress the SA Parliament workplace cultural review project under the auspices of the Equal Opportunity Commissioner with a view that it report back no later than the first sitting week of 2021”.

InDaily reported last week that Commissioner Niki Vincent was invited by the Upper House in February to provide recommendations to stamp out harassment, victimisation and inappropriate behaviour among MPs and staffers, with a final report due on August 31.

But Vincent is yet to start investigating, as she is still waiting for both houses to give her permission.

The project has been stalled by the COVID-19 pandemic and the repercussions of the country members allowance scandal, which resulted in the resignation of former Upper House President Terry Stevens, while former Speaker Vincent Tarzia was elevated to the ministry.

“I don’t expect resistance from either of them, but I certainly do expect action,” she said.

“This matter has been around far too long – we should be debating the report, not debating another motion calling for a review.

“It’s incredibly dysfunctional to have the workplace that makes laws that ensure that we have workplaces free of sexual harassment, sexism and inappropriate behaviours unable to govern itself and even get its own act together to do a review of its dysfunctional processes and procedures.

“It really speaks volumes of the priority these issues have been given by some members of Parliament.”

Franks said she had set a deadline of next year to allow Vincent her originally-scheduled four months to complete the investigation.

“I don’t think it’s fair to expect the EO Commissioner’s office to do this job quicker than they originally said they could just because we’ve taken our time getting to it,” she said. 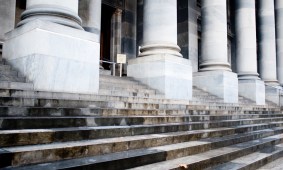 “At the time there was a lot of impetus for it (the investigation),” she said.

“It doesn’t seem to have engendered a lot of enthusiasm since then.”

The inquiry was prompted by a Labor motion in the upper house after allegations came to light about the behaviour of ex-Liberal MP Sam Duluk towards SA Best MLC Connie Bonaros at a Parliament House Christmas party last year.

Duluk is due to face the Adelaide Magistrates Court next month on a basic assault charge.