Additional investors from Spain, New Zealand, the United States and Australia bring added sports and business experience to the group.

The equity interest was sourced to provide for future expansion of the 36ers and is based on an initial valuation for the Club of $7.2 million. 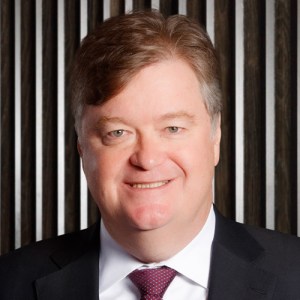 The sale follows Kelley’s announcement last month he was considering a tilt for the role of Adelaide Crows chairman when Rob Chapman vacates the post at the end of the year.

Kelley said the investment would add to the value proposition of the 36ers, who will again play at the Adelaide Entertainment Centre.

“We are heading into a new era with a new coach, new playing squad, and new arena.  This investment into the club recognises the tradition of success, and strong future potential, of the 36ers franchise.

“The move also consolidates the involvement of our championship-winning general manager, Jeff Van Groningen, in the Club, helping it move forward and continue to be a powerhouse in the NBL.”

As reported by InDaily, Kelley last month confirmed he had been approached about the Crows chairmanship and was interested in the position.

“From my perspective, the Adelaide Football Club’s a labour of love, in whatever capacity I can contribute… it’s something I’m passionate about and care deeply about,” he said at the time.

Long-time Adelaide Football Club chairman Rob Chapman has frequently asserted that he will stand aside at the end of this year.

The NBL season traditionally begins in early October but the 20/21 start date has been pushed back until at least December because of coronavirus, which also caused last season’s grand final series to be abandoned mid-way through in March.

Van Groningen said he was humbled by the level of interest from investors wanting to participate in the purchase.

“There was far more interest than availability,” he said.

“This speaks to the Adelaide 36ers dynamism, vibrancy, history and future, and it all comes back to Grant Kelley’s tremendous passion for the club, demonstrated by his turnaround of the club over the past four years”

Adelaide joined the NBL in 1982 and its tally of four championship titles is the third most behind Perth and Melbourne.

“The 36ers are an integral part of the NBL and enjoyed record attendances last season at the Adelaide Entertainment Centre,” he said.

“The Hungry Jack’s NBL is now considered one of the best leagues in the world outside of the NBA and this investment is a further endorsement of its huge growth and success in recent years.”