The Liberal Government started the day hoping to see its nominees for Lower House Speaker and Upper House president installed – but both missions quickly hit snags.

Disgruntled longtime Liberal MLC John Dawkins confirmed this morning he was breaking ranks to challenge party-backed colleague Jing Lee for the Legislative Council presidency – prompting Treasurer Rob Lucas to suggest he would be shunned from the Liberal party-room as a result.

In extraordinary scenes, Dawkins eventually won the presidency when his name was drawn from a box – after two ballots ended in an 11-all tie.

Earlier this morning first-term Liberal MP for Heysen Josh Teague was installed as Speaker of the House of Assembly, but not before an aborted first ballot in which one of his colleagues sensationally broke ranks to lodge an informal vote in a secret ballot.

While convention dictates that a government’s nomination is generally backed by the rest of parliament, Teague’s nomination had been challenged by former Labor crossbencher Frances Bedford – with an initial vote similarly resulting in a tie, 23 votes apiece in the 47-seat House. 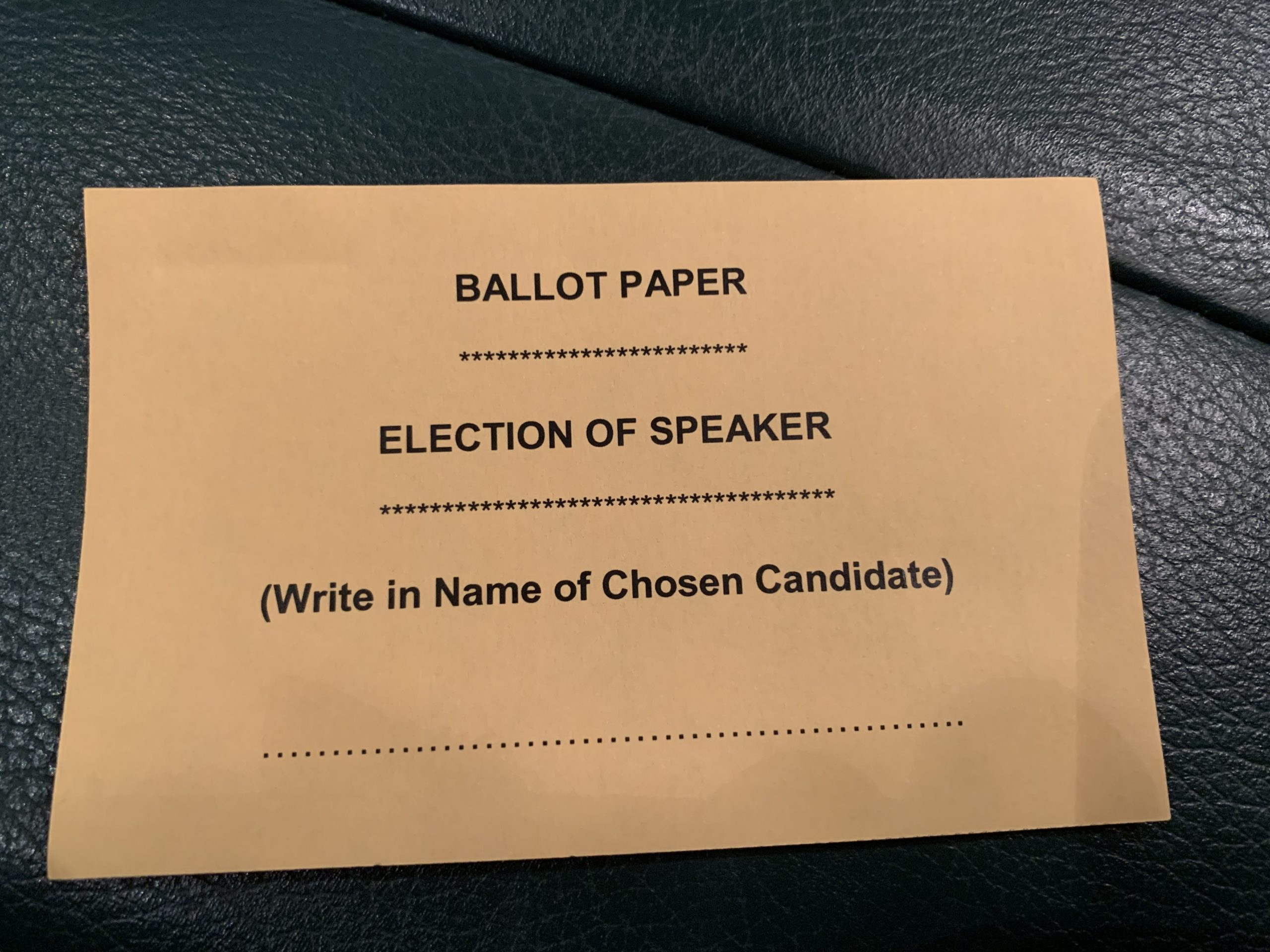 The Government holds 24 seats to Labor’s 19, with four crossbenchers – with one Labor insider describing the vote as “a massive ‘f*** you’ from the party-room to Marshall”.

That result prompted a second ballot, which Teague won 25 votes to 22. 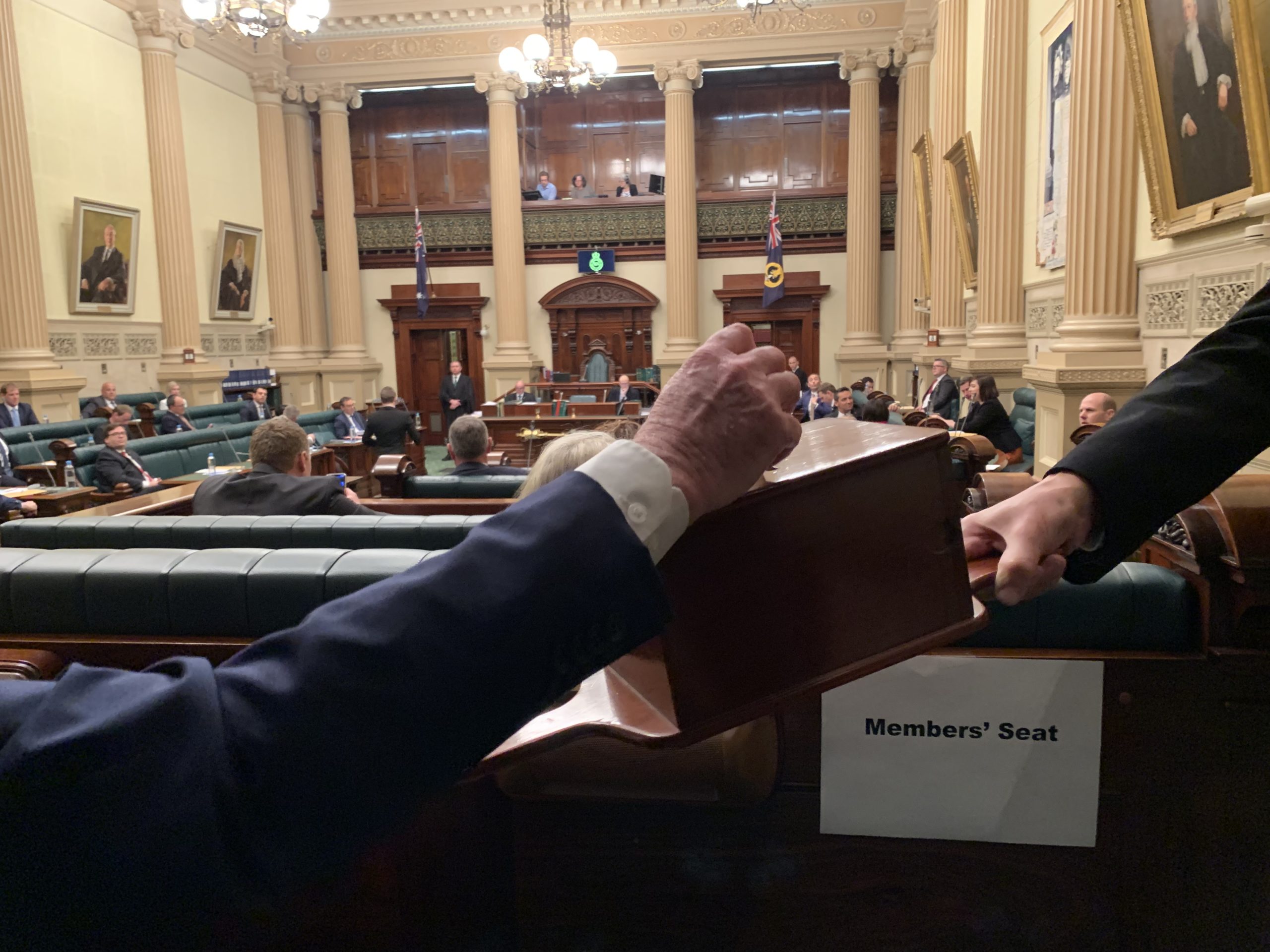 An MP votes in the silent ballot. Photo: Supplied

He then took the chair to make an extraordinary opening speech, reflecting on the ICAC investigation into the use of the Country Members Allowance – a scandal that was indirectly responsible for the day’s bizarre events, after three cabinet ministers, along with Government whip Adrian Pederick and Legislative Council president Terry Stephens, all opted to resign in late July.

In his opening address, Teague set the Opposition benches into uproar by criticising Labor leader Peter Malinauskas’s repeated insistence that if any Labor members had sought to withhold information from ICAC citing parliamentary privilege he would expel them from the ALP.

“In the course of the investigation, the Leader of the Opposition directed members of the Labor Party in respect of the investigation… accompanied by his threat that he would issue a sanction from that party upon any member who would not comply with his direction and recommended that such a member ought to be expelled from their party,” Teague told parliament.

“A direction to any member the subject of an ICAC investigation is problematic and usually unlawful.

“A direction to do other than to act in accord with the law, let alone when accompanied by any form of coercion, risks constituting among other things a contempt of the parliament… unlawful interference with an ICAC investigation and… conduct abetting a breach of the ICAC Act.”

His comments prompted Leader of Government Business Tom Koutsantonis to leap to his feet, declaring: “How dare you – you have no right talking about our party.”

After repeated interjections, Teague then ejected Koutsantonis from the House for 20 minutes – an extraordinary move given he had taken the chair only minutes earlier.

Not an auspicious start for Speaker Teague to throw out @TKoutsantonisMP during his acceptance speech. I can’t recall that ever happening.

Teague continued, noting that former ICAC Bruce Lander had briefed Labor MPs about aspects of the investigation, reflecting that “it is an important and often repeated statement of principle… that the ICAC must be both independent of political interference and must be seen to be so.”

“The suggestion that somehow it’s not within the purview of political leadership to set a standard for our own MPs is somewhat extraordinary,” he said.

“What makes him the arbiter of the ICAC Act?”

Labor later moved a motion of no confidence in the new Speaker, which was defeated along party lines with the crossbench siding with the Government.

But the Government’s headaches were not over, with a vote this afternoon to determine the Upper House president ending in similarly bizarre scenes, with Dawkins winning the contest after two tied ballots, when his name was drawn first from a box.

The Liberal party-room had been thrown into chaos after Dawkins confirmed his candidacy early this morning.

In a statement, he said it was “essential that SA’s Legislative Council be presided over by an experienced Upper House member who has a recognised and respected understanding of the processes and procedures of our chamber and the parliament”.

“I have proven capacity and extensive, earned experience in the president’s chair and I can provide certainty and stable tenure on the role for the remainder of this parliamentary term,” he said. 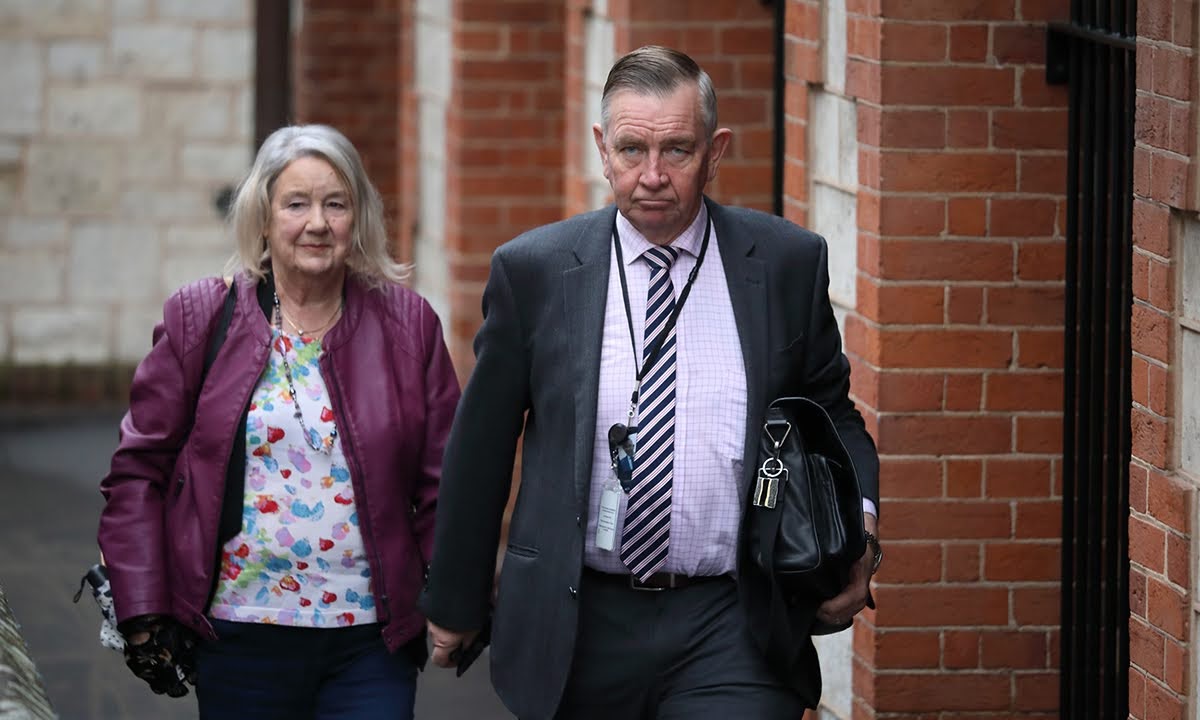 His decision prompted uproar in Liberal ranks, with Marshall understood to have determined to banish him from future party-room meetings.

Treasurer Rob Lucas told media he was “very disappointed John has chosen to go down this particular path”.

“I and other Government members will be supporting the Government’s nominee, Jing Lee,” he said.

He conceded the furore was “not a good look” for party unity, “and that’s why I’m disappointed”.

“In the Legislative Council party-room there’s a united view supporting Jing Lee [and] John Dawkins has taken a different position… the rest of the party-room is united in support of Jing Lee.”

He said the move would make Dawkins’ place in the party-room untenable, saying “there are clear party rules in relation to issues like this [and] processes that need to be followed”.

“John would be aware of those rules given the announcement he’s made today.”

Dawkins’ nomination was seconded by crossbencher John Darley, who told InDaily: “John Dawkins, in terms of experience and qualifications, is a country mile in front of Jing Lee.”

The Labor Opposition determined in a caucus meeting this morning to back Dawkins, meaning needed two more votes to snare the vote outright. In the end he got just one, prompting a second ballot and then the extraordinary name-draw.

Greens MLC Tammy Franks had declared her support for Lee, while SA Best’s Connie Bonaros did not disclose which way she would vote, but said: “The Government has paid lip service to the genuine and much needed desire for reforms by well meaning members in the Upper House for a very long time… they’ve made lots of promises but rarely come through with the goods.”

“That has to change,” she said.