Southern suburbs council Onkaparinga – the state’s largest and among the hardest hit by the pandemic – has topped 1000 members in its business support program while the number of local companies taking part in its business advisory sessions increased by a whopping 875 per cent in March.

Salisbury and Charles Sturt are among a group of other Adelaide councils to launch shop local campaigns since the pandemic began closing doors in March.

A number of councils have also frozen rate and charges increases and boosted minimum procurement percentages for goods and services from local businesses.

Onkaparinga launched its ON Business Partner program in 2017 and has steadily grown its membership base to become one of the largest support programs of its kind in Australia.

About 60 businesses signed up in March and almost 100 more have registered for the program since, taking membership past 1000 last month. It has also introduced two new mentoring streams in recent months to help local businesses respond to the impacts of COVID-19.

By contrast, the state-wide peak body Business SA only has about 3200 members with fees starting at $420 a year for a basic package.

There are about 9300 business in the Onkaparinga district, which takes in the Lonsdale industrial precinct, McLaren Vale wine region, retail hubs at Noarlunga, Seaford and Reynella and more than 30km of Fleurieu Peninsula coastline.

Onkaparinga Mayor Erin Thompson said the record interest in the council business program was proof the services it offered such as business advisory sessions, mentoring and mental health and wellbeing support were on the mark.

“Our ON Business Partner program has been leading the way in this space for some time now and we were fortunate to have that set up before COVID hit and then use it to leverage some really great support opportunities for our business community,” she said.

“We’ve seen a massive increase and we expect to see that number continue to grow.”

The Onkaparinga region is no stranger to economic setbacks, having gone through the closure of the Port Stanvac oil refinery and Mitsubishi car manufacturing plants in Lonsdale and Tonsley in the past two decades.

The region is again facing tough times with economic modelling predicting it to be among the hardest hit by coronavirus in greater Adelaide.

June Quarter economic data for individual local government areas is yet to be released.

But economic forecasts by the National Institute of Economic and Industry Research (NIEIR) predict Onkaparinga’s Gross Regional Product to fall by 12.7 per cent in the June Quarter 2020 in comparison with the 2018/19 four-quarter average.

This is significantly worse than the 9.9 per cent GRP decline forecast for South Australia in the June Quarter.

The figure including JobKeeper is also well above the 12 per cent figure for Greater Adelaide and the national average of 14 per cent.

Accommodation and food services (1000 local jobs), retail trade (673) and Education and training (552) are predicted to be the hardest hit sectors in Onkaparinga. 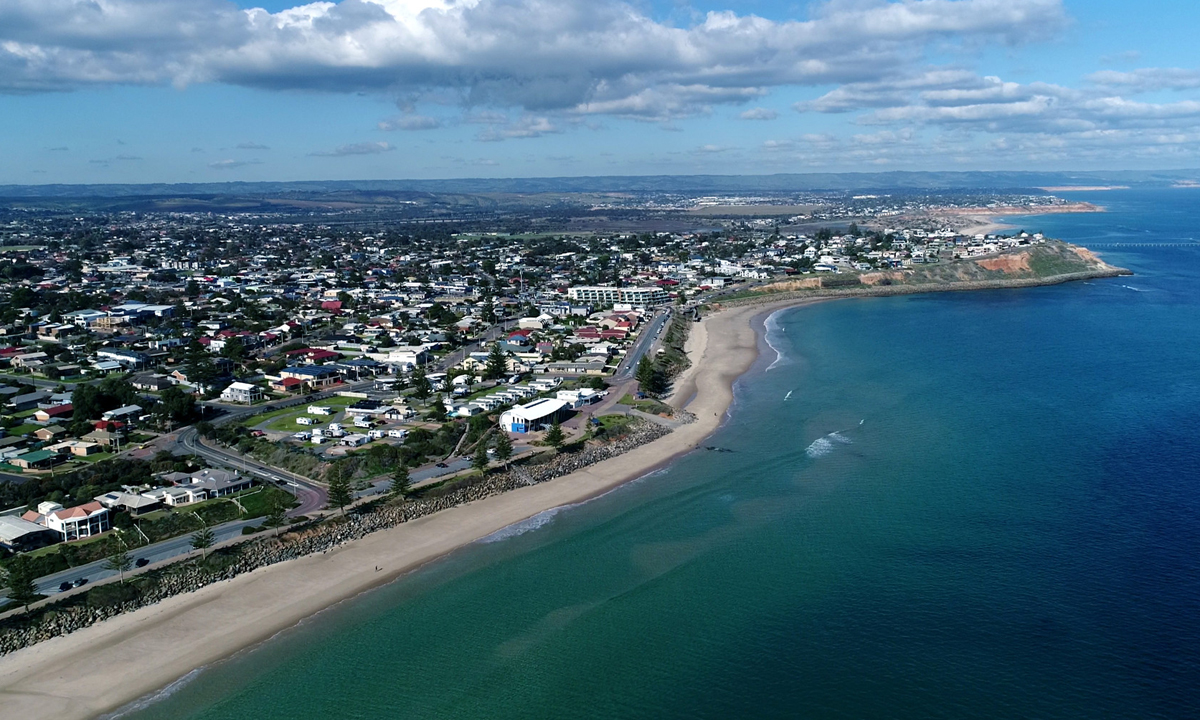 The Onkaparinga council area includes 31km of coastline from Lonsdale to Sellicks Beach.

Thompson said the southern suburbs had an extremely diverse and resilient economy with some local companies actually booming in recent months.

“Some of our businesses are having the best years they have ever had, they are really finding ways to thrive throughout this and have made changes that will probably become permanent because they are really working for them,” Thompson said.

“It’s been pretty inspiring really to see how businesses have changed up their business models and we’re very proud the way they’ve been so resilient.”

“We see over $1 billion spent outside of Onkaparinga by local residents so this campaign aims to convert some of that into local spend,” Thompson said.

In the northern suburbs, the state’s second-most populous council, Salisbury, appears to be faring better than its southern suburbs cousin.

The NIEIR modelling forecasts a GRP fall of 8.2 per cent in the June Quarter for Salisbury, almost 2 per cent better than the state average while local jobs are forecast to fall by 5.7 per cent, or 8.8 per cent including those on JobKeeper.

The council-run Polaris Business and Innovation Centre at Mawson Lakes more than doubled the number of startups and emerging business it helped in 2019/20 compared to the previous years and had a 5 per cent increase in the total number of businesses it assisted.

This included a flood of inquiries since the COVID-19 pandemic began in March with the centre providing assistance to more than 210 companies from April to June.

The council has also implemented a zero rate increase for the 20/21 financial year, frozen fees and charges increases and extended its hardship policies to include business.

Salisbury Mayor Gillian Aldridge said the council had committed to spending $100 million on capital works over the next two years to boost employment and procurement of services from northern Adelaide suppliers and contractors.

She said strong defence, advanced manufacturing and food and beverage industries had helped ensure the northern suburbs had fared better than some other areas.

“The State and Federal Governments have responded well to what has been a rapidly developing situation, ensuring that businesses and those directly impacted have been supported,” Aldridge said.

“Moving forward, it will be essential that the focus is to assist in recovery for businesses as they move out of COVID restrictions, as well as upskilling and retraining for those who may have lost their jobs.

“Salisbury is in an ideal position to work with key stakeholders to bolster the state’s recovery, as we are home to key industries such as food and beverage production, defence and advanced manufacturing.”

The Shop Salisbury campaign was launched in April in response to the coronavirus pandemic. It has so far attracted about 80 businesses to its web platform across a variety of industries including retail, hospitality, retail, professional services and trades.

“Our Shop Salisbury campaign reinforces to residents how important it is to spend money locally where possible, to support our businesses to stay open and continue contributing to our local community,” Aldridge said.