Eddie Hughes, the Opposition’s sole regional-based lower house MP, has confirmed to InDaily that he will vacate the frontbench, leaving his role as Labor’s spokesman for primary industries and regional development.

He cited the need to dedicate time to his Giles electorate, which is set to pick up more than 3000 voters from neighbouring Stuart in a forthcoming boundary redistribution.

“I’ve got the largest state electorate, and I want to focus on my patch,” Hughes told InDaily.

“I think it’s important to do that – as you can appreciate, having to travel such large distances takes time and effort.”

His move follows confirmation on the weekend Tony Piccolo will quit the shadow ministry to run for the Liberal-held seat of Schubert – as InDaily foreshadowed earlier this month.

Piccolo’s Gawler heartland from his safe seat of Light will shift into Stephan Knoll’s Barossa fortress, slashing his nominal Liberal margin to a little more than five per cent – and making the electorate a concerted target for Labor leader Peter Malinauskas.

It’s understood Hughes and Piccolo will be the only vacancies to be filled in a forthcoming Opposition reshuffle. Blair Boyer and Joe Szakacs are in contention to replace fellow left-winger Hughes, while Piccolo’s spot will be filled by one of three Right-faction colleagues: Andrea Michaels, Emily Bourke or Michael Brown.

Hughes’ move deprives Labor of a prominent regional voice, but he insists “I’m not going away”.

“I believe Labor can do far more when it comes to regional SA, and we can build our stock in the regions – a lot of people I’ve spoken to across the regions say they’re not as rusted on as they used to be, and there’s far greater openness to have a look at things based on issues,” he said.

He added that some of “the local members in the Liberal Party have done themselves some damage when it comes to the allowances scandal”.

Hughes’ nominal margin will remain around 14 per cent but he says “but I don’t think you can ever take that for granted”.

“I want that opportunity to go and doorknock all those new electors and establish a presence – and that takes time,” he said.

He believes he has left a legacy in building closer relationships with the primary industries sector, and has been “seen as having some credibility by taking an evidence-based approach to change 16 years of Labor Party GM policy”.

“There’s no appetite to shift on that policy now, so what’s been put in place will essentially lead to the lifting of the GM moratorium in this state, and open up our opportunities for our primary producers,” he said.

There could be more factional manoeuvring ahead for the party, with ALP state secretary and Right faction co-convenor Reggie Martin expected to confirm his long-expected candidacy for the party’s Upper House ticket within weeks – which could prompt a standoff with veteran MLC and fellow Right-winger Russell Wortley who could be bumped down the ticket to an unwinnable spot.

Martin has not publicly confirmed his candidacy but told InDaily: “I’m considering my options.”

Wortley maintains he “will be running”, saying: “I’m totally focussed on winning the next election.”

The Liberal party-room will meet tomorrow when it’s understood a new whip will be elected to replace Adrian Pederick, who quit the role amid the recent fallout from the country members allowance scandal, but Premier Steven Marshall told media today he did not expect a new Speaker to be finalised until next week at the earliest.

It’s understood a centre-right group of MPs, led by Kavel MP Dan Cregan, have now thrown their support behind Marshall-backed Teague, and have communicated this support to the Premier.

Cregan had been touted as a contender for the role, but confirmed to InDaily today he would not be running. 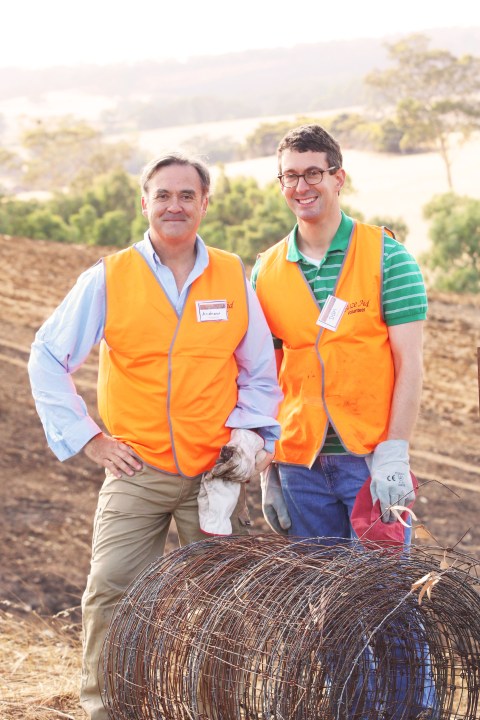 “Only eight months ago my community faced the most significant bushfires since Ash Wednesday [and] there is still a massive recovery task which has been made even harder by COVID-19,” he said.

“I am closely involved in that work and I’m not running for Speaker so that I can keep focussed on it.”

Teague may yet face a contest for the role, with fellow moderate Matt Cowdrey considered a possible nominee, but the party-room numbers appear to have firmed behind him.