Premier Steven Marshall says he hopes to lift a controversial restriction on the movement of cross-border communities “very soon”.

However, no changes will be made currently to the controls which have prompted outcry from border communities and prompted regional MPs to demand a more collaborative approach between South Australia and Victoria.

Marshall today said he “fully accepts” that the harsh new restrictions, which kick in overnight, have caused “much heartbreak and frustration and anxiety” on the Victorian border, but the controls were needed to keep South Australians safe.

The controversial impositions on communities straddling the border came into force overnight, banning citizens from travelling across the border between South Australia and Victoria unless attending or dropping students at year 11 or 12 classes or working in primary industries.

“My commitment is that the entire team here in South Australia is gathering the evidence so that we can do that and we can do that safely, but we are not going to be announcing that today,” he said.

South Australia recorded no new COVID-19 cases today, but six people in the state are currently infectious and are quarantining.

State and federal MPs representing electorates on either side of the border have penned a letter to SA Police Commissioner – and state emergency co-ordinator – Grant Stevens and his Victorian counterpart Shane Patton, calling for a “collaborative policing approach to the management of our borders during the COVID-19 health crisis”.

SA economy could take years to recover from coronavirus

The South Australian and national economies will take years to return to full output and employment following the COVID-19 pandemic, according to a University of Adelaide report.

Released today, the university’s SA Centre for Economic Studies report forecasts unemployment in the state to rise to 10 per cent by June 2021 and remain high into 2022.

It also found that economic output will not recover for a year or more and high household debt will hold back consumption.

However, the Economic Briefing Report, which will be shared to SA business leaders via a virtual presentation today, found silver linings in the state’s mining and agricultural sectors, which had so far remained productive through the coronavirus pandemic.

Victoria has recorded its lowest number of new coronavirus infections in more than five weeks as the state’s second wave eases.

However, it has also announced nine more COVID-19 deaths, taking the state toll to 385 and the national figure to 472.

The new cases total of 179 is the first time in more than a month that the figure has dropped below 200 and the lowest since July 13 when 177 cases were reported.

Today’s numbers come as Premier Daniel Andrews pledges to raise the impacts of COVID-19 border closures on communities at national cabinet, with Victoria still shut off from the rest of the nation.

New measures preventing border residents from crossing into South Australia, or leaving the state and then returning, came into effect for the Victoria-SA border on today.

A permit system also remains in place for Victoria-NSW border residents, although NSW Deputy Premier John Barilaro has called for it to be overhauled after meeting with Albury-Wodonga stakeholders.

Andrews is vowing to fight for workable arrangements, with the issue on the agenda for this morning’s meeting of federal, state and territory leaders.

Melbourne is in the third week of a strict level four lockdown, while the rest of Victoria is under level three restrictions. The measures are due to end on September 13.

Despite a fifth straight day of cases under 300, Andrews said it was too early to tell when Melbourne’s 8pm-5am curfew would be lifted.

Low interest rates to remain for at least three years

Interest rates are expected to remain at record-low levels for at least three years, Australia’s leaders have been told.

Reserve Bank governor Philip Lowe told a meeting of the national cabinet on Friday that the cash rate, which is at 0.25 per cent, could be expected to remain at that level for “at least three years if not more”, Prime Minister Scott Morrison told reporters.

He said Dr Lowe had also told the meeting that financial markets were performing well. 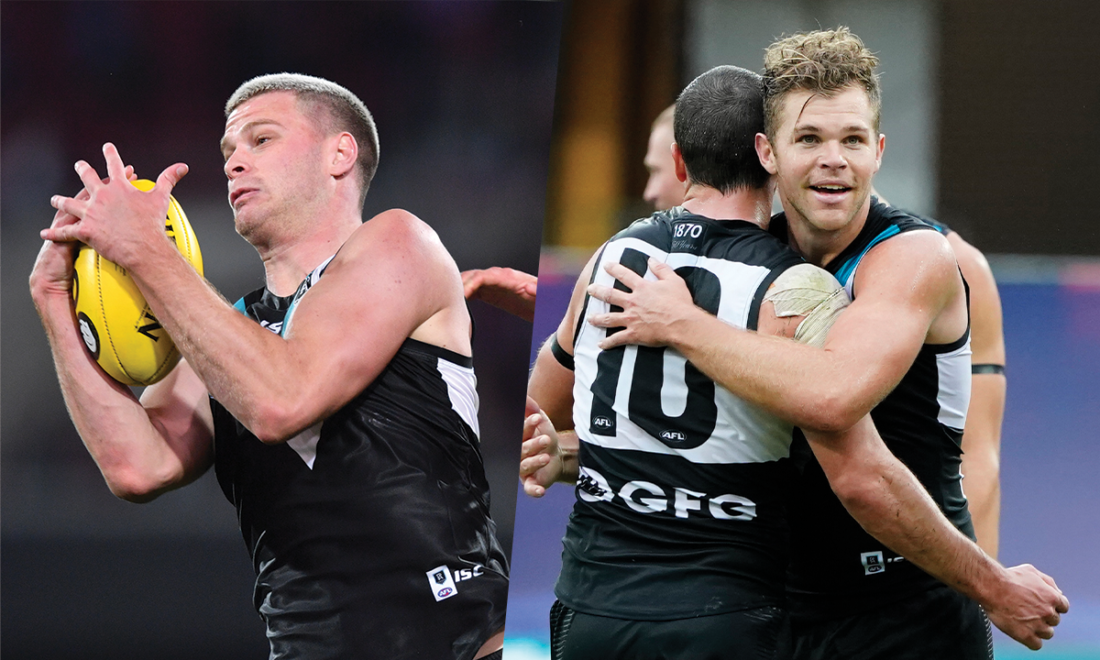 The penalties come after Power ruckman Ladhams hosted a post-game house party, which Houston attended, following Port’s round-10 win over the Western Bulldogs on August 3.

Ladhams has been banned for three matches and Houston two.

Ladhams and Houston will return to the club’s Alberton headquarters for training on Friday, but Power football manager Chris Davies said the pair would need to work hard to earn respect back from teammates.

“Pete Ladhams is in a situation where he’s just got into the team. If he wants to have a professional career as a footballer, he’ll need to act far better than he is now, as will Dan,” Davies said.

“It’s wasted a whole heap of people’s time, resources that should be going into other areas in order to keep the game going, rather than having to make punitive measures for idiotic behaviour.”

Port found out on Wednesday about the gathering at Ladhams’ home before immediately notifying the AFL.

Ladhams and Houston both expressed remorse for their actions.

“I’m very embarrassed to put the club and my teammates in this position. There was no excuse for my complacency and I fully accept the sanction handed down by the AFL,” Ladhams said.

It is the Power’s second coronavirus misdemeanour since the season resumption in June, with star midfielder Ollie Wines handed a one-game suspension after inviting a TV news crew into his home for an interview.

Billy Frampton, who plays for Adelaide after being traded from the Power last year, lives with Ladhams.

But the AFL investigation cleared Frampton of any wrongdoing.

Port Adelaide takes on Hawthorn tomorrow at Adelaide Oval and will likely need to win to maintain its position on top of the AFL ladder.

Drivers are three times more likely to be killed or seriously injured when involved in a casualty crash on SA country roads compared to metropolitan Adelaide, latest figures obtained by the RAA show.

Hitting a fixed object (29 per cent) and vehicle rollovers (15 per cent) are among the most common types of crashes resulting in a casualty in regional SA, the State Government data shows.

RAA Senior Manager Safety and Infrastructure Charles Mountain said almost a third of casualty crashes in the regions resulted in a fatality or serious injury during the past five years compared with just 10 per cent on city roads.

“In comparison, only one-in-10 casualty crashes in metropolitan Adelaide resulted in a death or serious injury in that period,’’ Mr Mountain said.

“Crashes in regional SA can have more catastrophic consequences because they tend to occur while vehicles are travelling on roads with higher speed limits.

“Travelling at these speeds means making a bad decision – such as driving while tired, distracted or above the speed limit – increases the risk of serious injury or death in a crash.’’

Mountain said reminding drivers to take care was timely given the popularity of regional driving holidays due to COVID-19 travel restrictions interstate and overseas.

Top US adviser charged with fraud over Mexican wall

Former senior adviser to US President Donald Trump, Steve Bannon, has been charged with conspiracy to commit wire fraud in relation to a fundraising campaign to support the building of a promised US-Mexico border wall, the US Justice Department says.

Federal prosecutors in Manhattan announced that Bannon was charged in an unsealed indictment along with several others including Brian Kolfage, Andrew Badolato and Timothy Shea for allegedly defrauding hundreds of thousands of donors through a $US25 million ($A35 million) crowdfunding campaign called “We Build the Wall”.

The donors thought the money would go toward helping to build a border wall, prosecutors said.

But Kolfage, whom they described as the public face and founder of the operation, received thousands of dollars that he used to fund a lavish lifestyle.

Bannon served as a campaign and White House adviser to Trump, who made the construction of a border wall a key campaign promise in 2016. 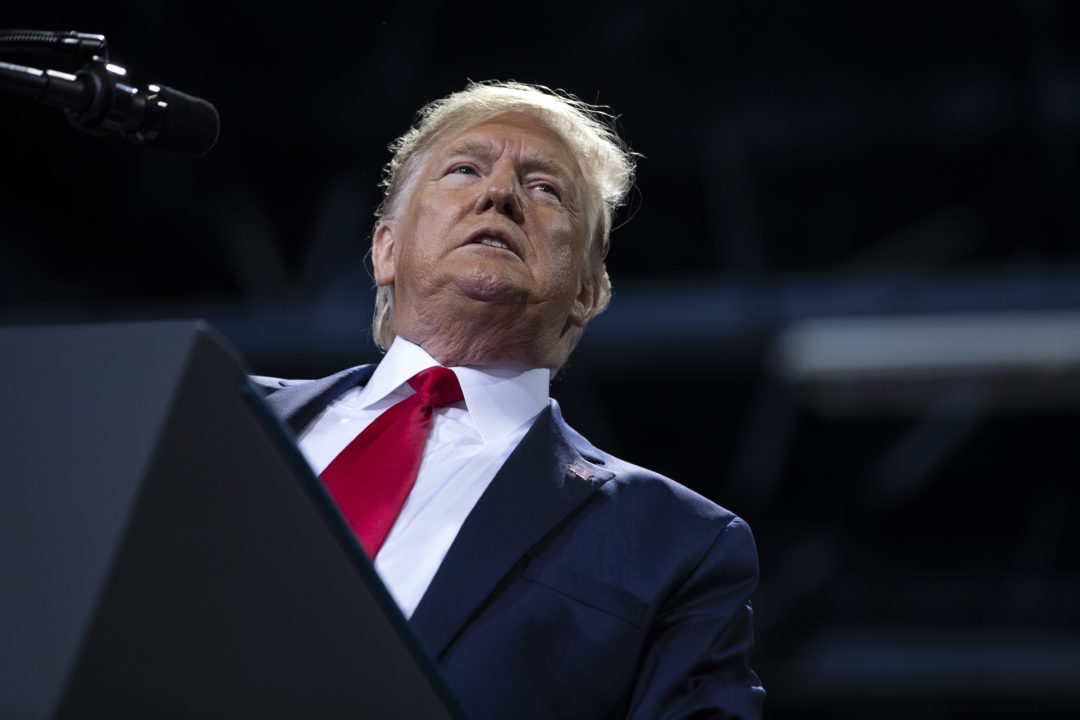 A US federal judge has dismissed President Donald Trump’s argument that a subpoena for eight years of his tax returns was too broad.

The ruling by Judge Victor Marrero of the Federal District Court in Manhattan is another setback in the president’s battle to block District Attorney Cy Vance from subpoenaing his financial records.

Vance has been seeking financial records from the accounting firm Mazars as part of an investigation into Trump’s business dealings.

Trump’s lawyers have argued that the investigation is politically motivated, an assertion that was dismissed by the judge overnight.

“The court finds that the president has not sufficiently pled that the subpoena is overbroad or was issued in bad faith on this basis,” the judge wrote in his ruling.

The case has already reached the Supreme Court, which sent it back to the lower courts after determining that the president does not have absolute immunity from criminal process while in office, as Trump’s lawyers originally argued.

Trump immediately filed a notice of appeal and an emergency motion for a stay pending appeal.

The case could end up back at the Supreme Court.

Trump responded that the investigation is a fishing expedition and a continuation of the “most hideous witch hunt in the history of this country”.

“No president has ever had to go through this,” he said.

Still, some experts say that the ruling will ultimately allow Vance to obtain Trump’s taxes.

Airbnb is banning house parties worldwide as it tries to clean up its reputation and comply with coronavirus-related limits on gatherings.

The US home-sharing company will limit occupancy in its rental homes to 16 people.

It may offer exceptions for boutique hotels or other event venues.

Airbnb said it may also pursue legal action against guests and hosts who violate the ban.

Last week, for the first time, Airbnb took legal action against a guest who held an unauthorised party in Sacramento County, California.

Airbnb has always prohibited unauthorised parties and the company said nearly 75 per cent of its listings explicitly ban parties.

Last November, Airbnb started manually reviewing US and Canadian reservations to weed out suspicious rentals, like a guest who booked a one-night stay close to their home.

It expanded that program to Australia last week.