South Australia’s largest company Santos has reported a $402 million ($US289 million) loss for the first half of 2020 following months of low oil and gas prices and the coronavirus pandemic.

The result follows a $541 million (US$388 million) net profit for the same period last year and comes despite a 4 per cent increase in production to a half-year record of 46.9 million barrels of oil equivalent.

In a statement to the Australia Securities Exchange this morning, the company attributed $943 million (US$677 million) decrease in net profit on last year to decreased gas and oil prices mainly resulting from the COVID-19 macroeconomic impacts.

“COVID-19 and the low oil price has presented a challenging time over the past couple of months however our disciplined, low-cost operating model has allowed us to navigate these challenges while remaining well-positioned for growth on the other side,” he said.

The 13 fatalities take the state’s coronavirus death toll to 376 and the national figure to 463.

Victorian deputy chief health officer Allen Cheng said the big fall in active infections was due to a clearing of cases in the past few days.

“A lot of work has gone in over the last couple of days to clear people from isolation so that they can go back into their normal activities,” he said.

He says the more significant figure is the 240 daily cases, saying it remains too high.

A cluster at Frankston Hospital in Melbourne southeast is also causing concern, with more than 50 cases.

A big drop in testing numbers is also worrying authorities, with numbers down about 30 per cent.

People are being urged to be tested even if their symptoms are mild.

There were no new cases of COVID-19 reported in SA today. More than 337,000 tests have been undertaken.

Europe’s second wave of coronavirus infections is spiralling as several countries record their highest daily infection numbers in the past three months.

France has registered 3776 new COVID-19 infections, marking another post-lockdown peak and bringing the total to 225,043 but President Emmanuel Macron has again ruled out imposing another country-wide lockdown.

The virus is especially active in and around Paris and Marseille, France’s two biggest cities.

The seven-day moving average of the case tally, which smooths out daily reporting irregularities, is now at 2621, above the 2,500 threshold for the first time since April 19, when France was enforcing one of Europe’s strictest lockdowns.

Authorities in Spain and Germany are also detecting their highest daily figures in the last three months.

Spanish health authorities logged 3715 coronavirus cases on Wednesday, the highest daily increase since the end of May, adding that 131 people had died from COVID-19 in the past week.

The new jump in cases brings Spain’s running total since the pandemic began to 370,867, making it the worst affected country in Europe in terms of infection numbers.

Almost 28,000 people have died from the virus in Spain overall.

The daily number of coronavirus cases in Germany has surpassed 1500 for the first time in more than three months while the number of infections attributable to those from higher risk areas has shot up to 39 per cent.

Since the end of July, infections rates have been rising again in Germany after several weeks of stable figures.

The United Kingdom recorded 812 new positive cases of COVID-19 on Wednesday, down from 1089 on Tuesday, according to government figures.

A further 16 people died after testing positive for the coronavirus within 28 days.

The government said it plans to bring in regular, population-wide testing and is working with London’s Heathrow Airport to use testing to shorten quarantine times.

The country registered more than 64,000 new infections on Wednesday.

A task force set up to lure the AFL grand final and other finals matches to Adelaide Oval is expected to present its pitch to South Australian Premier Steven Marshall today.

The group is developing a bid to win the hosting rights for the October 24 premiership decider, which it will then put to the AFL either late this week or early next week.

“The Adelaide Oval is unequivocally the expert oval in terms of handling the coronavirus, we’ve seen this right from day one,” Marshall said yesterday.

“They’ve been able to work with SA Health to bring large crowds in and out of that facility.

Queensland has long been the frontrunner to host the October 24 grand final after volunteering to host player hubs in the opening weeks of the season re-start in May.

Western Australia is also in the running to host the premiership decider at its 60,000-capacity Optus Stadium.

SA was initially slow to welcome interstate teams to Adelaide Oval but will now host at least one match every round until the end of the regular season, including some fixtures not involving any locally-based teams.

Marshall said the state government would consider offering financial incentives, but was “not at that stage at the moment”.

“Often we see that money is attached to these things.

Hundreds of former staff and supporters have taken to social media to mourn the loss of Mt Gambier-based newspaper The Border Watch, which will print its final edition tomorrow after serving the local community for 159 years.

Its owners will also close the South Eastern Times in Millicent and The Pennant in Penola.

All production – print and digital – will end tomorrow, with 38 staff to be made redundant.

The company said every effort had been made to stay operating.

“As currently experienced throughout the regional media industry the recent impact of the COVID-19 pandemic has significantly worsened the financial viability of TBW that was already severely impacted by declining advertising revenues and newspaper sales as well as increasing competition from a variety of digital media platforms,” the board said in a statement.

“Taking these issues into consideration TBW has made the very difficult decision to close its operations.”

State Opposition Leader Peter Malinauskas was among more than 300 people who took to social media to lament the decision.

“The Border Watch has been relied upon by so many people in the south-east of our state for so long. It is going to be a massive loss to regional journalism,” he posted on Facebook.

Hospitality workers in NSW are being urged to wear masks to protect against community spread of coronavirus as South Australian venues prepare to begin employing “COVID Marshals” to supervise social distancing from tomorrow.

“I ask people who work in cafes, restaurants, hotels and clubs to make sure their staff are encouraged to wear masks,” NSW Premier Gladys Berejiklian said yesterday.

There were seven new cases confirmed in NSW in the 24 hours to 8pm on Tuesday from more than 19,400 tests, with two in travellers in hotel quarantine.

“Anytime any of us leave the house, especially if we live in western and southwestern Sydney, we have to assume we have been exposed to the virus, and we have to make that assumption every day,” Berejiklian said.

Meanwhile, a range of venues in South Australia including gyms, shopping centres, cafes, food courts and licensed premises, will be required to have a clearly identified “COVID marshal” on premises from tomorrow.

The marshals aim to be a “visual reminder” to patrons to comply with social distancing and other hygiene measures. 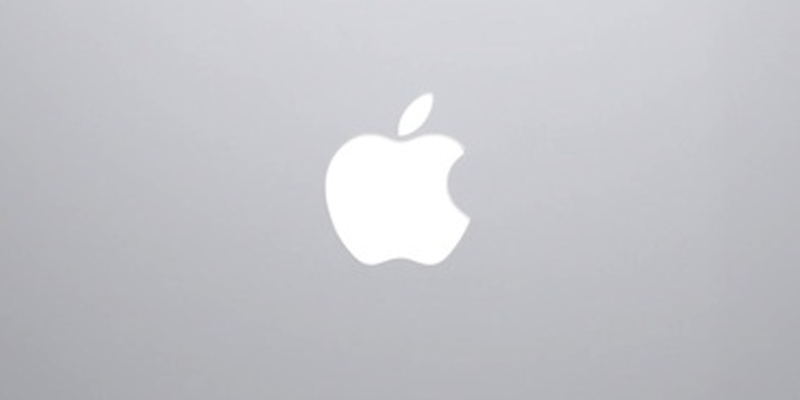 Apple is the first US company to boast a market value of $US2 trillion ($A2.8 trillion), just two years after it became the first to reach $US1 trillion.

Apple shares have gained nearly 60 per cent this year as the company overcame the shutdown of factories in China that produce the iPhone and the closure of its retail sales amid the coronavirus pandemic.

The company’s hugely loyal customer base trusts its products so much that they continued to buy iPhones and other devices online while stuck at home.

An upcoming four-for-one stock split that will make Apple’s shares more affordable to more investors also sparked a rally after it was announced three weeks ago.

Apple has been at the vanguard of a group of big tech companies that are increasingly taking over people’s lives – and the US stock market.

Saudi Aramco reached a market value of $US2 trillion shortly after becoming a public company in December 2019.

The Saudi energy producer’s shares have fallen since amid a drop in oil prices and its market value is now about $US1.82 trillion.

The Adelaide Thunderbirds have shaken the tag of Super Netball’s easy beats with last night’s victory over Collingwood making it three wins in the opening five rounds of the season.

The Thunderbirds started strongly in their game against the Magpies last night in Queensland before holding on to win 60-52 and sneak into the top four.

Winners of four premierships in their 23-year history, the Super Netball era has not been kind to the South Australian club with a meagre four wins in the opening three seasons.

“It feels good to win and I think the beauty of it is no-one really still expects us to,” co-captain Chelsea Pitman said after the Thunderbirds won consecutive games for the first time in Super Netball.

“We know we can do it and we have belief in there and we’re getting more confident every single time we go out there.”

The Thunderbirds opened with the first eight goals of the match and set up a 32-22 halftime.

The Magpies rallied in the third quarter before Adelaide steadied to win by eight.

The Thunderbirds will shoot for an unprecedented third win in a row when they take on the Sunshine Coast Lightning at USC Stadium on Sunday.