Australia has surpassed 300 coronavirus deaths as Victoria reports another record day for fatalities.

Victoria this morning announced another 19 coronavirus deaths following yesterday’s previous record of 17 deaths from the virus yesterday, taking the state’s tally to 229 and the national toll to 314.

National Deputy Chief Medical Officer Nick Coatsworth said that while the development of a COVID-19 vaccine continues at a “very exciting pace”, Australia currently has only “two blunt tools” to tackle the virus.

“Tools like extreme social distancing and the stage four restrictions that are in place down in Victoria at the moment,” he told reporters in Canberra on Sunday.

“As we prepare, as we trial vaccines, as we prepare for the possibility of a vaccine, we must at the same time keep our distance.”

Ten of the 17 Victorian deaths confirmed on Sunday were linked to aged care outbreaks.

More than 270 people have been fined for breaching coronavirus restrictions in Victoria, including five caught drinking together in a garage.

Victoria Police conducted 3879 spot checks on homes, businesses and public places in the past 24 hours and fined 276 people.

They include 74 people fined $1652 for breaching Melbourne’s 8pm-5am curfew and 37 fined $200 for failing to wear a face mask, police said today.

A group of five people was caught by police drinking, smoking and listening to loud music in a garage in Wyndham, in Melbourne’s outer south-western suburbs, following a noise complaint.

NSW recorded just 10 new infections in the 24 hours to 8pm on Saturday, including a healthcare employee in northern Sydney who worked on August 6 from 11am to midnight while infectious.

Queensland went for a fourth straight day with no new cases. However hundreds of people caught partying on a beach in the state’s far north could face criminal charges for breaching restrictions.

But the record testing rates are yet to produce an increase in positive results.

Two men who had spent time in South Australia tested positive to COVID-19 yesterday, however SA Health won’t count either towards the state total.

A male in his 30s who travelled to South Australia from Victoria as an essential freight worker received an interstate positive COVID-19 test result whilst in South Australia.

There was one close contact identified who travelled with the positive case.

SA Health concluded that upon entering South Australia, both men followed all necessary protocols, including the wearing of face masks in public, keeping a record of close contacts, and undertaking a COVID-19 test every seven days. They have now returned to Victoria.

In addition, another male in his 30s, who has travelled from NSW, has tested positive to COVID-19 in South Australia. He was a confirmed case in NSW and was released from isolation as per standard national protocols.

He was not considered infectious whilst in South Australia and the current result represents an old infection.

The state is reporting record rates of COVID-19 testing, prompting capacity issues at its network of drive-through clinics.

South Australia removed the requirement for patients to be referred by a GP to get tested at a dedicated COVID-19 site, which opened in Victoria Park last week and was immediately swamped.

Meanwhile, Health Minister Stephen Wade said on Monday that the 94 close contacts linked to the “Thebarton Cluster” had all produced negative COVID-19 tests in their first round of testing.

They are currently quarantining in medi-hotels and will get tested for a second time later this week. 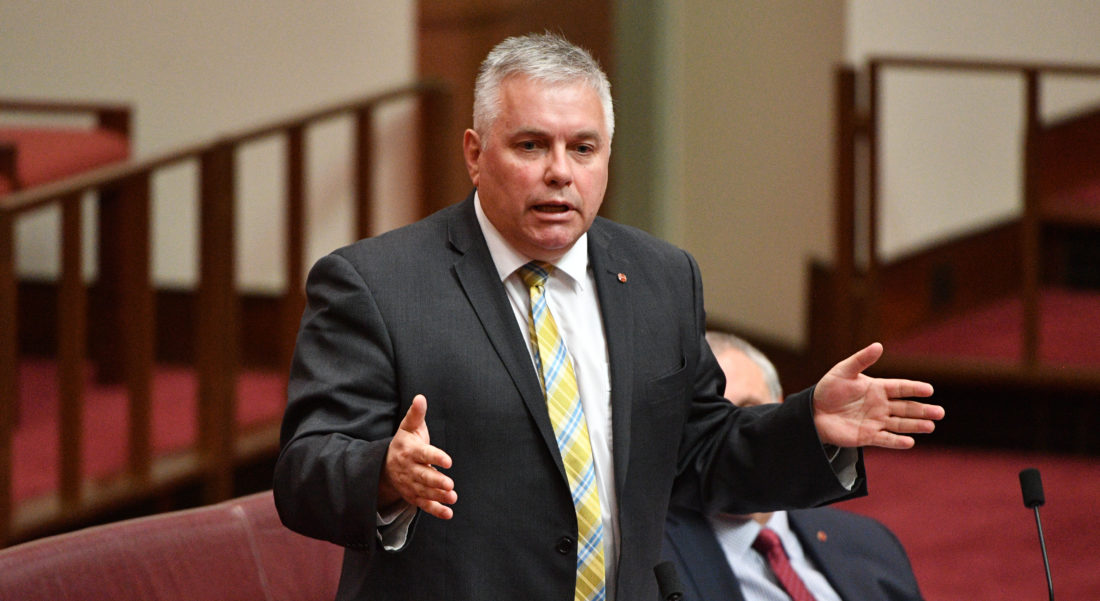 Former Nick Xenophon Team senator Rex Patrick has announced that he will represent South Australia in Federal Parliament as an independent.

The Centre Alliance senator announced this morning he will quit the party and contest the next election as an independent.

“It’s more important than ever that SA keeps a strong and independent voice in the Senate to ensure that our state isn’t taken for granted by the major Federal political parties which are all dominated by the political and economic interests of Australia’s eastern coast,” Patrick said in a statement.

“Strong independent representation will be all the more important as SA works to recover from the COVID-19 pandemic.”

Patrick replaced Nick Xenophon as a Senator for SA in October 2017.

Just after 10.30pm last night, a man driving a Hyundai sedan was stopped at the Bordertown checkpoint on the Dukes Highway.

Enquiries by police revealed the man had earlier that day flown from Victoria to Adelaide having not completed a Cross Border form. He did not meet the required criteria for entry at the Airport and subsequently flew back to Victoria at 3pm.

The man was again refused entry at the checkpoint and directed to return.

Police will allege he then drove off towards Adelaide and was followed for a short distance until he stopped on the Dukes Highway.

The 45-year-old was charged with failing to comply with a direction under the Emergency Management Act and refused bail. He will appear in the Mount Gambier Magistrates Court later today.

Another man was arrested yesterday and his car impounded after he allegedly attempted to avoid a border check point.

Police at the Oodla Wirra check point passed on information that a white Holden sedan turned off the Barrier Highway onto Rucioch Road at Nackara, about half way between Adelaide and Broken Hill.

It was suspected that the driver intended to avoid the Oodla Wirra border check point.

Peterborough police took up a static cordon point and intercepted the car on Parnaroo Road at Ucolta where it performed a U-turn on seeing the patrol. The sedan was stopped a short distance away without incident.

Checks revealed the driver had a disqualified learner’s permit licence and the vehicle he was driving was unregistered.

The 31-year-old had returned to South Australia from New South Wales.  Police directed him to isolate for 14 days.

The vehicle was searched and police located a small amount of cannabis, an ice pipe and drug paraphernalia.

The Mawson Lakes man was arrested and charged with driving disqualified, driving an unregistered motor vehicle and drug possession.

He was granted bail to appear in the Peterborough Magistrates Court on October 21. 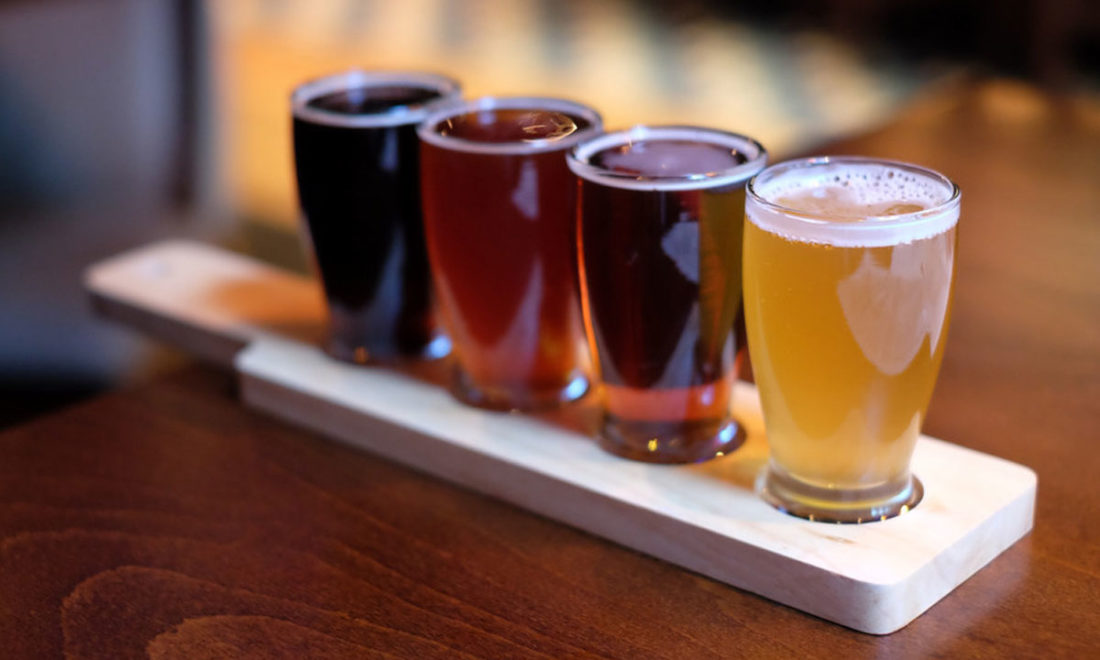 Many Australians have picked up new habits during the coronavirus lockdown with almost one in eight drinking alcohol every day since the pandemic began, a survey has found.

The Alcohol and Drug Foundation quizzed more than one thousand people with a concerning number reporting they were drinking more than usual.

One in 10 people reported consuming more than 10 standard drinks per week, increasing the risk of alcohol-related injury and diseases like cancer.

The survey results come as the foundation launches a new campaign on Sunday, Break the Habit, to raise awareness of how quickly new habits can become embedded.

It will encourage people to consider their recent drinking patterns, help them recognise problem signs and how to turn them around.

The campaign will also highlight that it takes just 66 days on average to form a habit, about the same period many Australians have spent in lockdown.

Even small increases to the amount of alcohol drunk can become harder to shift over time.

Alcohol and Drug Foundation chief executive Erin Lalor said it was unsurprising people had looked for different ways to cope.

“The last few months have been incredibly hard for everyone, particularly for those who have lost work, social connectedness and … lost loved ones. We’ve all been trying our best under challenging, never-before-seen circumstances.”

The longer a habit is left to form the harder it can be to change, Dr Lalor said.

She encouraged people to reach out for practical support.

“Even small steps such as introducing alcohol free days into your week, or having one less drink a day, can have a powerful impact.”

Heavy rain and wild weather have battered the NSW south coast with several communities on high alert as river levels continue to rise and towns were evacuated.

The NSW State Emergency Service issued three evacuation orders late Sunday night after up to 200mm of rain hit a number of towns including Moruya, Nowra and inland at Captains Flat over the 24 hours to last night.

Major flooding has occurred along the Deua River, which peaked at 8m on Sunday afternoon, at Wamban.

The SES ordered residents in Moruya’s CBD, Sussex Inlet and several Nowra suburbs to evacuate to higher ground as they responded to more than 700 calls for help and conducted more than 18 flood rescues across the weekend.

Bureau of Meteorology senior flood hydrologist Justin Robinson said heavy rains were expected to ease on the south coast and move towards Sydney, the Central Coast and possibly into the Hunter.

The heavy rain has also impacted Sydney, with drivers reporting flooded roads and high winds in the city’s south. 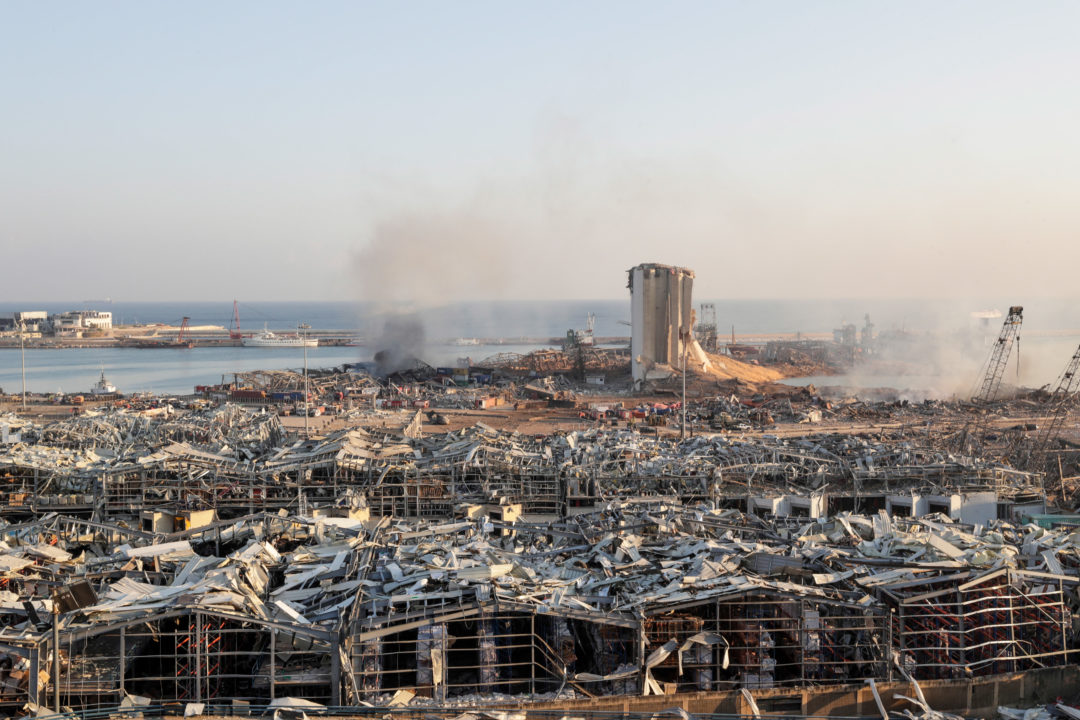 World leaders have told Lebanon that financial aid to rebuild Beirut will only come when changes demanded by protesters are put in place.

They also pledged help for a “credible and independent” investigation into last week’s explosion, another key demand of the Lebanese crowds who took to the streets Saturday and Sunday.

“In these horrendous times, Lebanon is not alone”, participants to the conference co-organised by France and the United Nations said in their final statement.

But the donors warned that no money would be made available until Lebanese authorities “fully commit themselves to timely measures and reforms expected by the Lebanese people.”

They also promised the aid will be coordinated by the UN and delivered directly to the Lebanese people – in a clear indication that no money is going to the government and its coffers.

At least 145 people were killed and 5,000 injured when a 2,750 tonne stockpile of ammonium nitrate exploded in the Beirut port on Tuesday, leaving many more thousands homeless and a swathe of the capital in tatters.

French President Emmanuel Macron, whose country once governed Lebanon as a protectorate, said “we have to do everything we can so that violence and chaos do not win the day.”

“The explosion of August 4 was like a thunderbolt. It’s time to wake up and take action. The Lebanese authorities now have to put in place … political and economic reforms.”

Hundreds of protesters clashed with security forces, attempting to breach the heavily-guarded parliament.

Security forces responded with tear gas and chased the protesters in the streets of downtown, in a smaller repeat of the scene from the night before.

Sydney-based independent curator and former actor Sebastian Goldspink has been announced as the curator for the 2022 Adelaide Biennial of Australian Art.

Founder of the New South Wales artist-run initiative ALASKA, which was developed to create opportunities for emerging artists to show their work in disused or under-utilised spaces, Goldspink is also creative producer at the National Art School in Sydney. He was previously known for his career as an actor in TV shows such as Heartbreak High and All Saints.

The Art Gallery of South Australia’s announcement of Goldspink’s appointment comes a week after the closure of the 2020 Adelaide Biennial of Australian Art: Monster Theatres, which was curated by the gallery’s curator of contemporary art, Leigh Robb, and extended as a result of the COVID-19 shutdown.

The Biennial has been presented every two years since 1990, making it the country’s longest-running survey of contemporary Australian art, with each exhibition featuring the latest works by leading visual artists from across Australia.

Read the full story in the lunchtime edition of InDaily today.