Speaking to InDaily following last weekend’s second Black Lives Matter rally in Adelaide, SA Police Assistant Commissioner Ian Parrott said it was “understandable” that the global movement resonated with Aboriginal South Australians, but: “It’s in no one’s interest for there to be ongoing conflict with any community and police”.

Parrott, who is in charge of policing Aboriginal communities in South Australia, said he was worried that the movement could be taken out of context, making it harder for the community to maintain trust and respect for police.

The BLM movement began in the United States in 2013 as a protest against systemic racism and police brutality.

It garnered traction in May in response to the killing of George Floyd, an African-American man who died during arrest after a Minneapolis police officer knelt on his neck for nearly nine minutes as other officers looked on.

The movement has since sparked rallies across the globe, including in Australia, where protestors have marched to stop the overrepresentation of Aboriginal people in the criminal justice system and to curb the number of Indigenous deaths in custody.

Last Saturday’s protest in Adelaide attracted about 1000 people in Victoria Square, with organisers vowing to stage as many rallies as it takes to force governments to act against systemic racism.

“Certainly I think that the Black Lives Matter movement has caused us to refocus again to really look internally and question what we’re doing – how good are our relationships and are there opportunities for us to improve,” Parrott told InDaily.

“We as an organisation understand that this is and has been an emotional topic for some time, and that the BLM movement has really surfaced this again and caused a lot of emotion.

“We respect that, we seek to understand that, we certainly seek to continue to maintain a really positive relationship with our Indigenous communities.

“The thing that worries me is that, if taken out of context, or if the approach from everybody involved is not positive, it has the potential to damage our relationships and that’s not something that we’re interested in.”

Protests in South Australia were fuelled by the emergence of confronting vision posted to social media last month showing SA Police officers restraining an Aboriginal man and striking him during arrest in Kilburn.

The incident prompted police to launch an investigation, with the officers involved placed onto administrative duties while the ongoing inquiry takes place.

Parrott said the “real-time ability” of social media meant uploaded content “can also be quickly taken out of context”.

“It’s important for all of us to pause and have an objective view of what is a very emotional and a very important issue so that we can actually maintain the good relationships rather than seek to destroy them,” he said.

“I think it’s also important to understand that there is a transparent process in place that if police don’t do the right thing, they will be held to account.

“Equally I think it’s important for people to understand that it’s a tough job and there are people out there everyday who want to hurt police and sometimes they have no other options to defend themselves and their own safety, and the safety of other people, than to use force.

“That never looks good on TV or on video footage because by its very nature it is dangerous and it is uncontrolled.”

But he said while he didn’t believe police officers were inherently racist, SAPOL was “not blind to the fact that there may be individuals amongst our ranks that do display racist behaviour from time to time”.

“We are fully committed to making sure that those people are held to account and we abhor any racist comments or behaviour regardless of who it’s directed at.

“From a policing perspective, we target people who are responsible for committing a crime regardless of their background, their race, their age, their gender.” 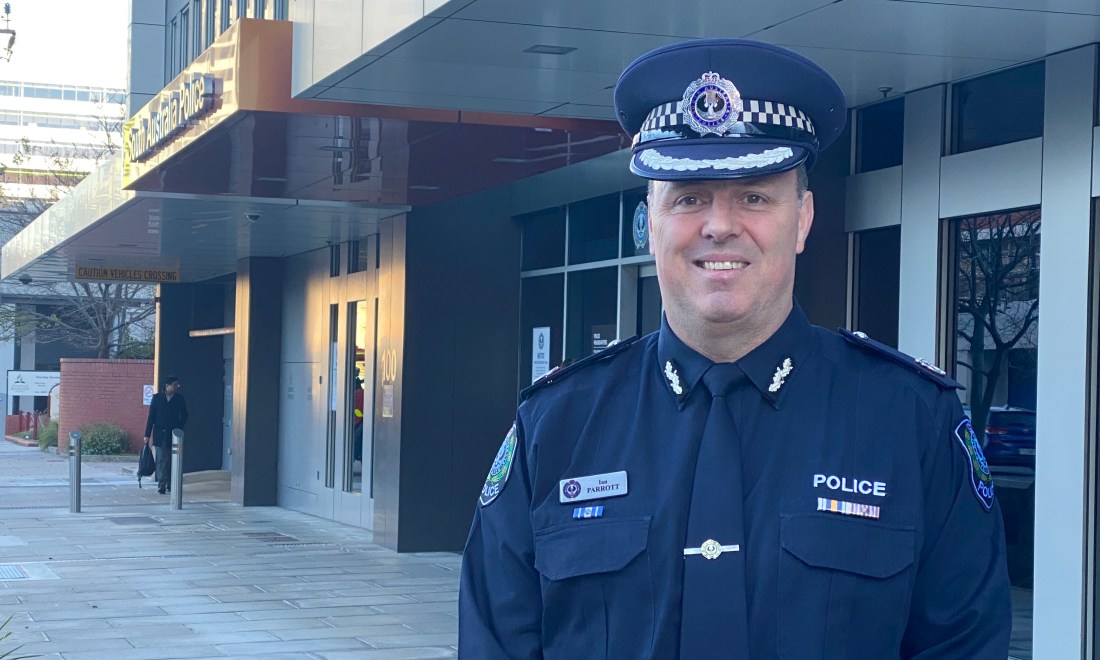 In Australia, the Black Lives Matter movement has raised awareness about the number of deaths of Aboriginal people in police custody – a longstanding issue brought to the attention of the broader community in 1991 by the Royal Commission into Aboriginal Deaths in Custody.

The Royal Commission report made 339 recommendations to address factors such as racism and lack of cultural competency, ultimately concluding that imprisonment should be a last resort.

SA Police claim to have implemented all the report’s recommendations related to its operations.

Data from the Federal Institute of Criminology shows that since 1991, 19 Aboriginal people have died in SA prison custody.

The 19 deaths represent just over 15 per cent of all deaths in SA prison custody since 1991, despite Aboriginal South Australians representing just two per cent of the state’s population.

“It’s important to understand when we talk about the deaths that have occurred, which have been categorised as a death in police custody, there are a range of situations to which that applies and it’s not necessarily that someone has been in a police cell or those types of instances,” Parrott said.

“We can understand why people may think that way because that mere terminology conjures up a perception.

“There’s standard definitions of what constitutes being in police custody, for example, if police go to a house where there’s a siege and someone’s inside, then the mere presence of police at that siege if someone was to die is investigated as a death in custody.

“If a person is involved in a high-speed pursuit with police and that person dies, that can also be categorised as a death in custody.” 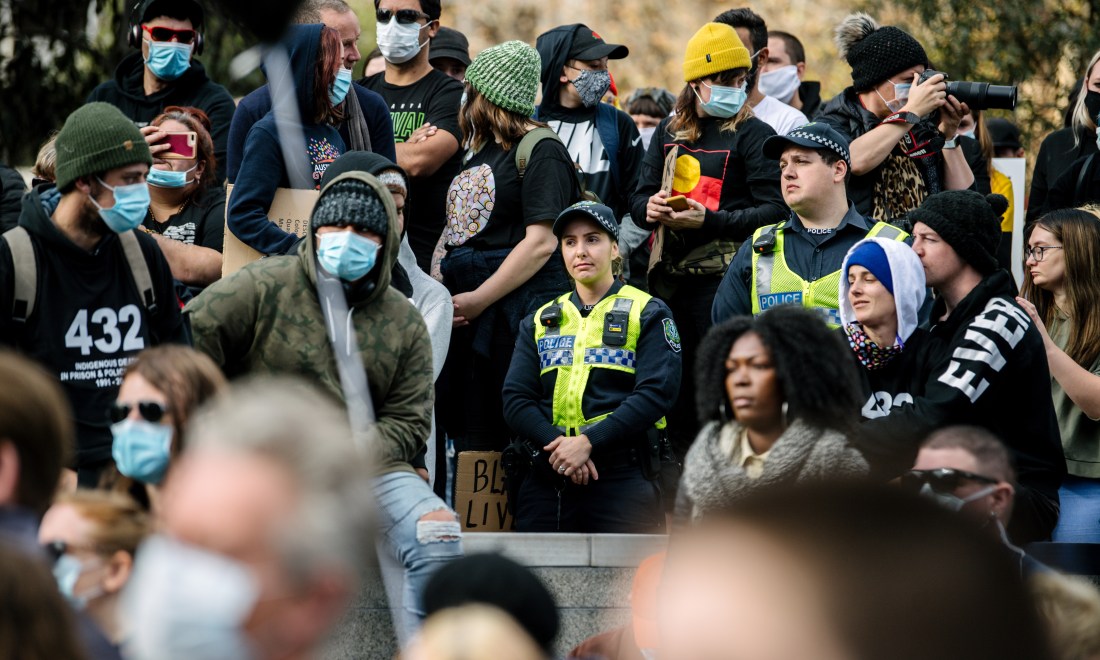 Parrott said in the last 10 years there have been six Aboriginal deaths in SA Police custody.

Asked if SA Police took responsibility for any of those deaths, Parrott said: “the really important part of how we approach this is to ensure there’s transparency with everybody’s involvement, including our own involvement in these investigations”.

“We want to make sure that not only are our people doing the right thing, but that the investigation is thorough, it’s transparent and that where there are opportunities to prevent deaths in the future.”

SA Police are currently drafting a new reconciliation action plan, which Parrott said would address how police can build on their relationship with Indigenous communities.

The plan is also expected to outline how SAPOL would increase the number Aboriginal employees.

As of April this year, SAPOL had 98 Aboriginal and Torres Strait Islander-identifying employees representing 1.7 per cent of the total workforce.

A State Government Aboriginal affairs action plan has set a target for Aboriginal people to represent two per cent of SAPOL’s workforce by the end of this year.

Parrott said he would welcome an Aboriginal person replacing him as the officer responsible for Aboriginal policing in the state, but SA Police already ensured First Nations people were involved in decision-making.

One of SA Police’s biggest employment challenges has been recruiting community constables in remote areas.

Currently, only three of 10 community constable positions are filled in remote South Australia, despite the positions earning up to $70,000 a year.

“We have a program called the Police Aboriginal Liaison Officer, which is like a stepping stone to becoming a community constable, and over the last 10 years we’ve literally had dozens of people come through that program, but for various reasons, we’ve only managed to get two to transition from the PALO program through to community constable.

“It’s something we’re acutely aware of (and) we understand the value that it has for particularly remote communities.”

But Parrott, who was promoted to the assistant commissioner position in November last year, said he has found the complexity of policing in Aboriginal communities the most challenging part of his role 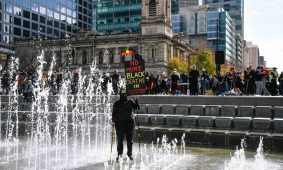 “It’s something I’m actively working towards to enhance my knowledge in this space so that I can hopefully deliver the best outcomes possible from what I can influence.

“Genuinely speaking we have a really strong relationship with the Aboriginal communities.

“We’ve never lost sight of our relationship with Indigenous communities and how we need to and want to work with them to make sure their safety is paramount.”