When it opened at 279 Rundle Street in December 2018, the Italian-themed wine and snack bar was one of three East End businesses run by Zonfrillo, along with the high-end and high-profile Restaurant Orana and the more casual Bistro Blackwood.

But less than seven months later the venture – which he ran in conjunction with co-director and Orana sommelier Shaun Lau, who oversaw the drinks list – was closed, with notices posted on the door on behalf of landlord the Rundle East Company (a division of the Maras Group) claiming the leaseholder, named as Mallozzi Pty Ltd, was in arrears for $8708 rent.

Blackwood later closed without notice in December last year – just weeks after Zonfrillo was announced as one of three new judges on Channel 10’s long-running MasterChef – with the subsequent season proving a ratings hit.

He told News Corp at the time: “It made sense to call it a day… no matter how hard you work in a restaurant like that it is never going to trigger any indigenous economic interest on country – whereas Orana does.”

However, he shut Orana in March, in a social media post blaming the Coronavirus lockdown, saying “filling our restaurants will only assist in spreading [the virus] further amongst our families and communities”.

“Stopping the spread of COVID-19, and paying wages and suppliers in the meantime, are the only way to the other side of this,” he wrote at the time.

“For us I’m afraid, like many…it’s closing time. We are sending our team on paid annual leave after service tonight, this will inevitably move into unpaid leave. We will however continue to pay our team until the bank account is drained or we can reopen our doors.” 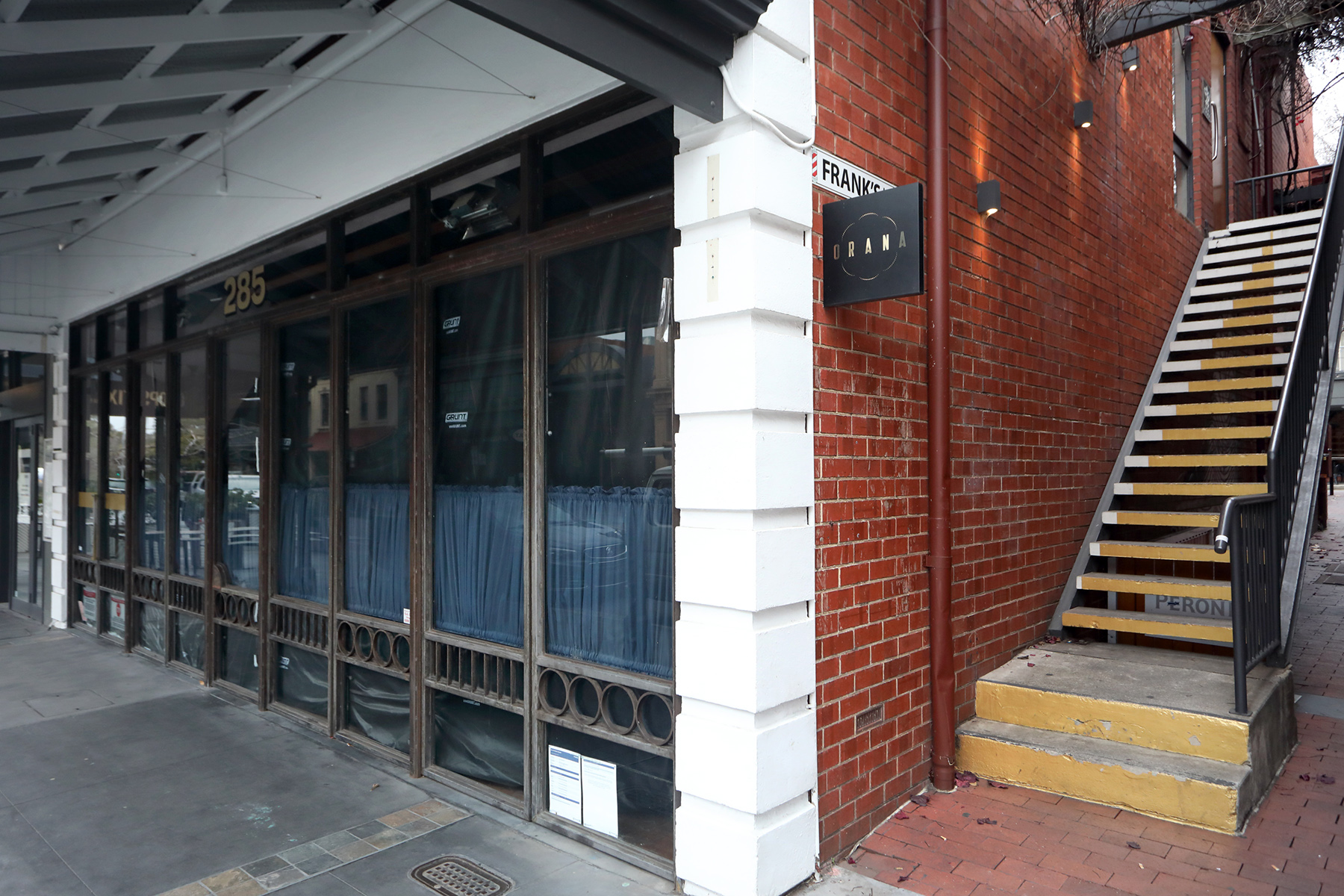 Orana is yet to reopen, while the former Blackwood premises on the ground floor remain boarded up. Photo: Tony Lewis / InDaily

A liquidator’s report for Mallozzi Pty Ltd filed with the Australian Securities and Investments Commission by accountancy firm Hall Chadwick in November last year details around $140,000 worth of debts, including more than $10,000 for employee entitlements including superannuation payments.

Liquidator David Ross wrote he was conducting investigations into the company “in relation to insolvent trading [and] initial recovery action in relation to voidable transactions”.

Ross writes that “one of the directors of the company, Jock Zonfrillo, has provided a completed report on company activities and property (ROCAP) which was subsequently lodged with ASIC on August 20”.

“The director did not advise of any cash at bank in his ROCAP… following my appointment I wrote to all the major banks requesting details of any bank accounts held in the name of the Company and that a debit freeze be placed on any accounts as at the date of my appointment,” the report reads.

He “received correspondence from Bank SA” identifying a Freedom Business account which was overdrawn by $66.21 and “a term deposit held with Bank SA in the amount of $52,250 held as a bank guarantee in favour of the Landlord for the Company’s former trading premises 279 Rundle St Adelaide”.

“To date I have not received confirmation from the Landlord as to whether the bank guarantee will be released, however, due to the extended period of time that has elapsed between the Company ceasing to trade on or around June 2019 and a new tenancy commencing at the premises I anticipate that this amount may not [be] recoverable.”

The Maras Group, which owns the Rundle St premises, is listed as an unsecured creditor in the report, with $12,220 owed.

The Group declined to comment today, but it’s understood it remains a creditor.

Around $3000 worth of plant and equipment remaining at the premises was bought by the subsequent tenant, trading as Mum Cha, and went towards Hall Chadwick’s fee, to which Zonfrillo also contributed $11,000.

In his ROCAP report, Zonfrillo “identified outstanding superannuation owing to the Company’s former employees in the amount of $9830.95”, the liquidator said, with annual leave provisions taking the total to $10,132.78.

The creditors’ list also included $29,953.86 owed to The Living Room Bar – Zonfrillo’s own company that is registered as the operator of the shuttered Orana and Blackwood Bistro. 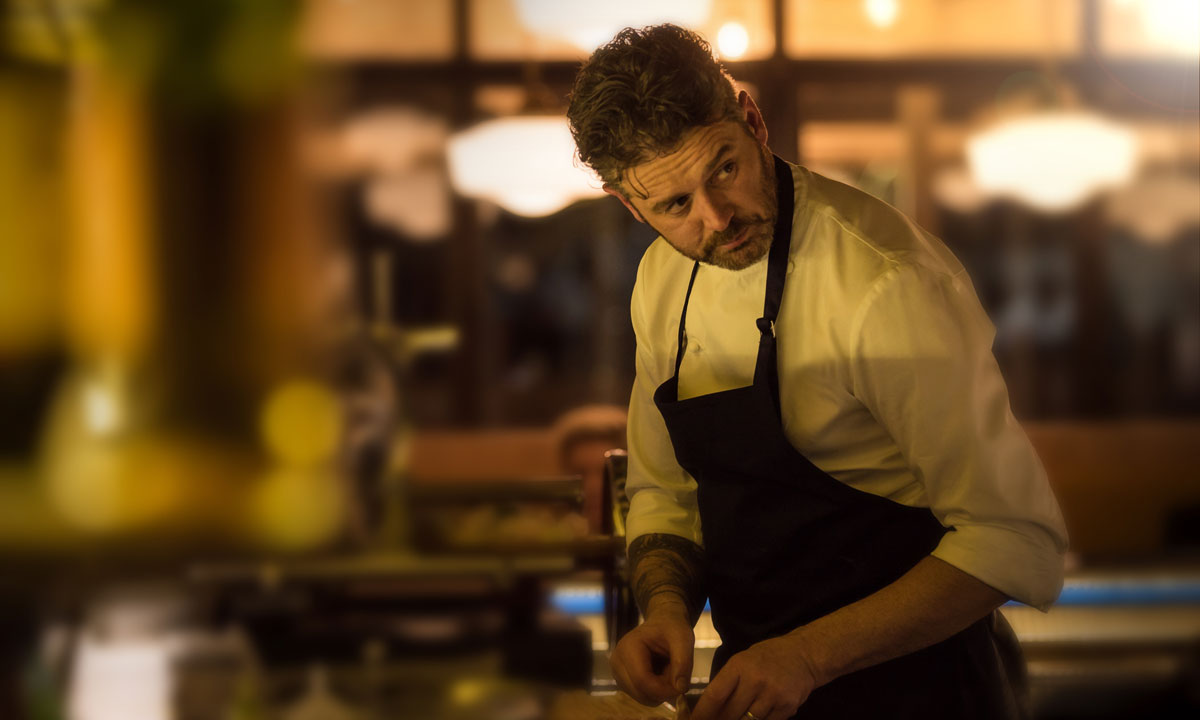 “According to investigations into the failure of [Mallozzi], it appears the Company may have traded whilst insolvent from on or around 1 April 2019, if not earlier,” Ross writes.

“A Director who knowingly permits the Company to incur credit at a time when the Company is unable to pay all its debts as and when they fall due, commits an offence and may be personally liable for the debts incurred by the insolvent Company.”

He noted that “an action for insolvent trading would be brought against the Directors by the Liquidator if a benefit would accrue to creditors from doing so”.

“I note that the amount of recovery from any insolvent trading claim brought against the Directors would be limited to their assets,” he added.

He also noted “that the Directors may have several defences to insolvent trading available to them… including that they had reasonable grounds to expect and did expect that the company was solvent and would remain so” or “reasonable grounds to believe that a competent and reliable person was providing adequate information to them based on [which] they expected the company to be solvent and remain so”.

The liquidator questioned the Directors’ capacity to realise any successful judgment obtained, warning legal proceedings “may not provide a commercial benefit to the creditors of the company”.

“Notwithstanding this, if creditors are willing to fund any action against the Director for insolvent trading or have further information that may assist in my investigations I request that they contact this office,” he wrote.

Ross did not return calls today, but subsequent documents suggest the liquidation has since been finalised with Hall Chadwick paid a total of $15,640.55.

It would not appear that any steps were ultimately taken to determine if the company had traded while insolvent.

Under a heading titled “Voidable Transactions”, Ross also noted that by law “the Liquidator may recover any transaction entered into by the company if it is deemed to be an unfair preference payment, uncommercial transaction, unfair loan or unreasonable director-related transaction”.

“I have identified transactions totalling approximately $39,000 to related parties which require further explanation,” he said.

“In this regard I intend to issue correspondence to the Directors requesting further information in relation to these transactions.

“My investigations are continuing.”

The outcome of those investigations is unknown.

He noted Zonfrillo claimed “that the failure of the business was a result of trading losses, poor economic conditions and competition”, but noted “from investigations to date I have identified [inadequate cash flow or high cash use as] possible reasons for the failure of the company”.

“The company did not have sufficient cash flow to meet its creditors as and when they fell due,” he wrote.

“My preliminary investigations indicate that the company experienced a decrease in trading revenues from April 2019 onwards and was not able to generate sufficient cash flow to meet its ongoing trading expenses.”

“It is my opinion based on the financial position of the company and the information available at this time that a dividend is unlikely to be paid to any creditor of this company,” Ross concluded.

In response to questions about whether Mallozzi traded insolvent or whether creditors have been repaid, a representative for Zonfrillo referred InDaily to “the ASIC website for details of the Mallozzi voluntary liquidation”.

“That should also contain all the details… and answer any questions you may have,” they said.

Asked whether Orana would reopen, they said: “We are currently working through the options for Orana’s reopening.”

“Orana is a small restaurant physically and while there are square meterage restrictions in place it’s not feasible for us to open and run a successful business.

“We are, like every other restaurant in the country, hoping that we can open to diners again as soon as possible.”