Scott Portelli is gathering support from around the world in his quest to stop the South Australian Government from allowing fishers to catch Giant Australian Cuttlefish – a unique sub-species found nowhere else in the world.

“The government tends to want to kill everything that’s a natural resource whether its cuttlefish in South Australia or sharks in Western Australia or New South Wales,” Portelli said.

He said the annual breeding season drew hundreds of thousands of cuttlefish to Port Lowly in the Spencer Gulf along with visitors from all over the world but the government was more focused on allowing people to fish.

Now the photographer – who has won international plaudits as ntional winner of the Sony World Photography Awards and BBC Wildlife Photographer of the Year for his cuttlefish pictures – has established an online petition to stop the lifting of fishing bans in the Spencer Gulf. 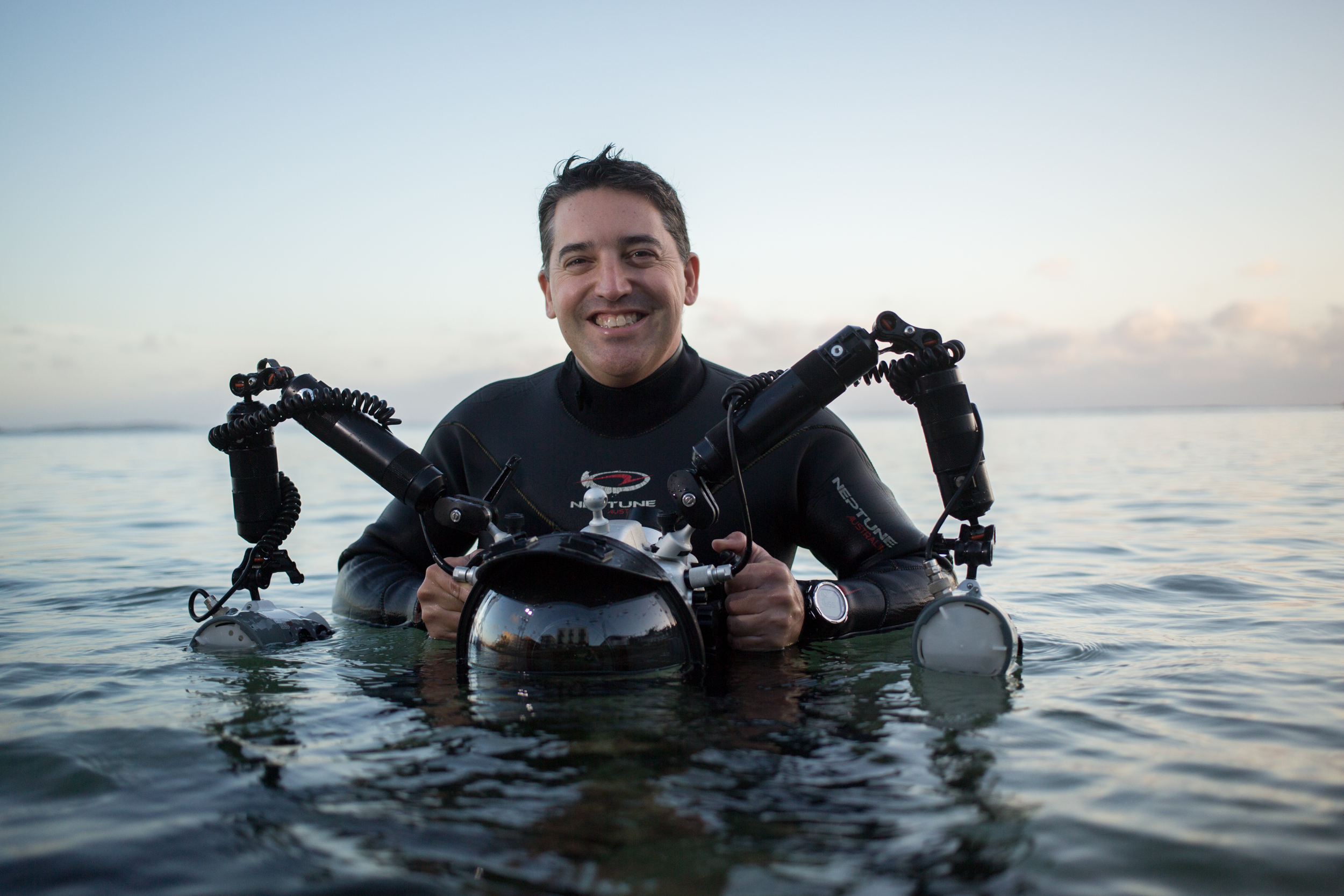 “The government has lifted the fishing ban but the cuttlefish population in the Spencer Gulf is genetically unique to the area. If numbers go down they will never get it back, it will be gone forever,” said Portellis’ wife, Rosie Leaney, who jointly sponsored the petition.

So far the petition has drawn more than 4000 signatories from around the world after it was sent out to wildlife photography, diving and environment groups.

A permanent closure on fishing for squid, cuttlefish and octopus within the False Bay and Point Lowly area would stay in place, as Whetstone said it protected “the only known dense aggregation involving Giant Cuttlefish in the world”.

“(But) based on this recent scientific data we are lifting the temporary fishing closure of Giant Australian Cuttlefish for the Northern Spencer Gulf,” he said when announcing the change.

Professor Bronwyn Gillanders, a leading researcher on the giant cuttlefish and a member of the State Government’s working group about the species, said while the community was concerned about commercial fishing, she was more concerned about recreational fishers taking full bag limits.

“The numbers have built up over the past 10 years,” Gillanders said.

“I think the key is to make sure we keep monitoring the cuttlefish and know what’s happening with their abundance level and we can pick up any potential declines early.”

The Giant Australian Cuttlefish (Sepia apama) gather along an 8km stretch of rocky reef at Point Lowly about 20km east of Whyalla.

Nicknamed the “rock stars of the ocean” because they live fast and die young, the cuttlefish have a life span of just 12-18 months.

This makes each May to August breeding season critical because the number of surviving eggs one year directly impacts the number of adult cuttlefish that return the next year to breed.

The unique congregation is linked to the cuttlefish being drawn to dark rocks and crevices at Point Lowly that help protect their eggs from light.

Males, which can reach 50cm long and weigh 10kg, employ a fascinating mix of camouflage to match rocks or seaweed, sparring and changing colour to win female attention in a colourful dance.

The females lay between 100 and 300 eggs that hatch babies the size of a thumbnail, and then these baby cuttlefish move along the sea bottom and into the Upper Spencer Gulf. 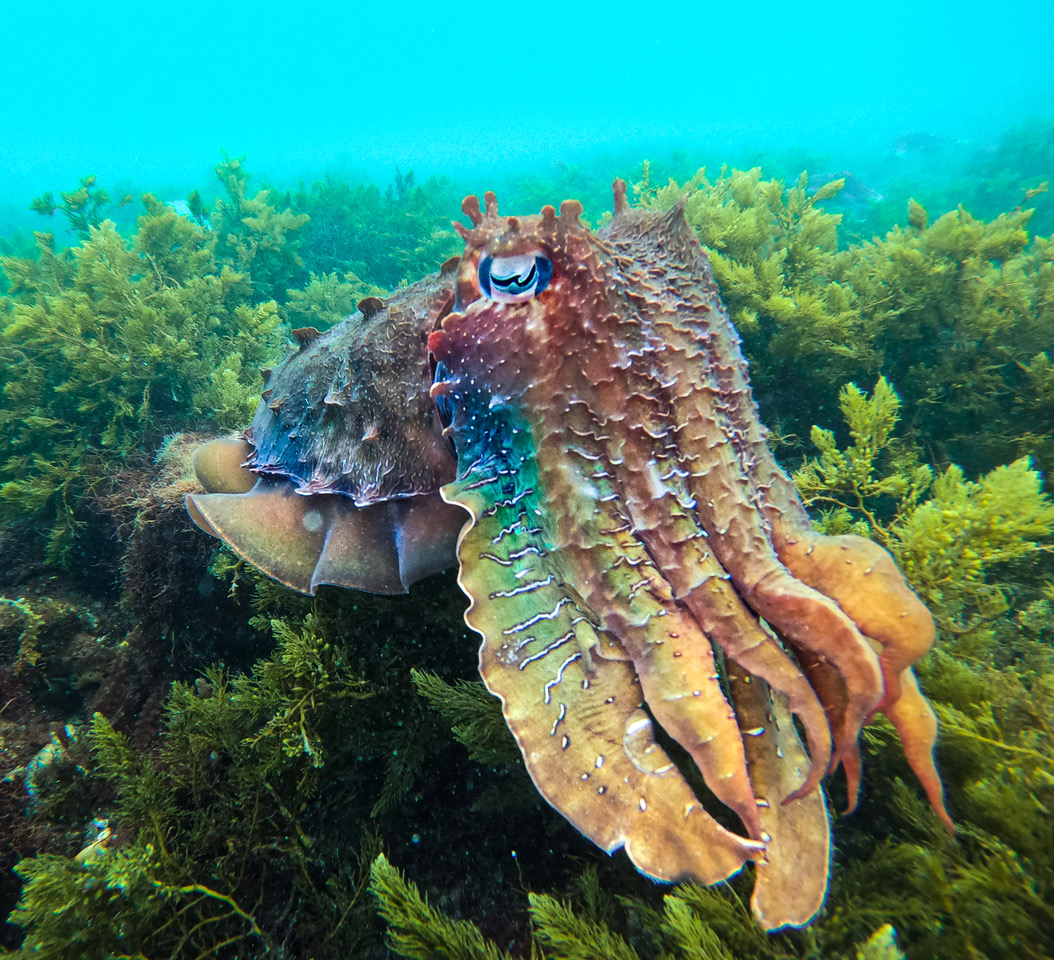 Whyalla dive and snorkelling tour leader Tony Bramley said his snorkelling tours and scuba diving trips have been booked out over the past weeks because of the increased numbers.

“Compared to even the last two seasons that have been very good, this has been exceptional,” Bramley said.

Scientists are still crunching this year’s numbers but Bramley estimates some 250,000 of the largest cuttlefish sub species in the world have arrived in their Point Lowly winter breeding ground.

“There’s absolutely nothing like it in the world. It’s so reliable to see the cuttlefish:  it’s safe, accessible. South Australians are so lucky to have one of the most precious marine attractions on their doorstep,” Bramley said.

Portelli fears fishing near the breeding grounds will threaten the vulnerable creatures and leave tourism operators like Bramley with nothing to see.

Both Portelli and his wife Rosie Leaney are passionate about protecting the cuttlefish they have been photographing for the past five years.

They had been at the breeding grounds in Whyalla then travelled to Second Valley when COVID-19 travel restrictions closed the borders home, keeping them in SA.

The two have been photographing the state’s wildlife ever since, spending extra weeks in Whyalla to capture the ‘chameleons of the sea’ that use camouflage, colour changing and sparring to win over female mates.

“It’s a unique natural event that happens nowhere else in the world and to be able to photograph these creatures under the water in such a unique environment, this only happens in the one place in the world and it’s in South Australia, in Whyalla,” Portelli said.

Portelli also has met with Whyalla MP Eddie Hughes in his bid to have the State Government rethink its decision to allow fishers to take cuttlefish from waters near the restricted breeding zone.

“I have photographed species and environments around the world from the Antarctic to the Arctic, and this sort of event, there’s nothing like it anywhere else in the world. I can’t compare it, it’s so unique and it’s so special,” Portelli said.

“I’ve photographed whales underwater, gorillas in mountains, whales and seals and other creatures in amazing places, but I think we need to consider this is a unique breeding event. If it is threatened or doesn’t happen these animals don’t come back.”