The admissions followed a day in which SA authorities insisted it was not a mistake to allow the woman entry from Britain via Victoria on compassionate grounds to farewell a dying relative, with Premier Steven Marshall declaring “the system worked”.

“They weren’t permitted to come into SA and wander around the public, there was a process in place that’s been followed,” the Premier said yesterday.

But chief public health officer Professor Nicola Spurrier this morning conceded that process had broken down badly and the woman in her 50s could have done just that, with state authorities none the wiser about her impending arrival – only becoming aware of her presence because she approached officials after alighting at Adelaide Airport.

Spurrier initially said SA Health reviewed the process last night, which “did draw to light that we didn’t receive a critical piece of information” from Victorian authorities.

“That meant when she came through Adelaide Airport we didn’t have that information to hand exactly which day she was coming,” Spurrier told ABC Radio Adelaide.

“We didn’t know the day she was arriving [but] as soon as she arrived… she came up and made herself known to the airport authorities… and then we were able to get our officers to come and escort her.”

The woman, who remains quarantined in SA and has been unable to visit the relative she was given the exemption to farewell, arrived in SA on Sunday after less than a week under supervision in Victoria.

Spurrier told ABC SA Health “had a very late email on Saturday night [from Victorian authorities] with a [flight] time, and my staff followed up with an email back to get the day, and didn’t receive a response – and then the person’s arrived the next day”.

“We have a way of receiving information from another state, and this has been a small glitch in that we didn’t get that information and the person’s arrived,” she said.

“We’ve dealt with it here, we’ve followed our protocols, and… we’ve now put in tighter controls around that.

“When you deal with these sorts of complex situations, there’s always an opportunity for an error to occur, but because we have a process in SA, we have been able to pick it up and we’ve been able to minimise the impact on our state – and I think that’s what the important thing is to focus on here.”

Spurrier said SA would now be “tightening up our policies even more” but refused to criticise Victoria over the alleged bungle.

“This is a pandemic – I don’t think it’s the time to criticise [and] I certainly wouldn’t be criticising other states,” she said.

But the episode took a dramatic further twist when Victoria’s Chief Health Officer Dr Brett Sutton told reporters in Melbourne SA Health had in fact been fully informed of the woman’s arrival “through routine liaison between our teams”.

“They were alerted… I’ve got the email that was sent with the flight details, the time and place of arrival, so I’m not sure why there’s a misunderstanding about having been informed – but that email was sent and SA authorities were alerted,” he said.

“I’m not sure what they’ve become aware of [but] I’m very happy to work with the Chief Public Health Officer in SA to work out exactly what might have broken down in communication and make sure we’re on the same page in future.”

This prompted SA Health to release an immediate statement from Spurrier, confirming: “Due to an administrative oversight, we can confirm the relevant flight details involving an overseas traveller arriving in South Australia were provided to SA Health prior to their arrival.”

“What this issue has highlighted is the need to strengthen the processes involving travellers arriving from overseas and travelling between states during their quarantine period,” she said.

“We look forward to working with our Commonwealth, state and territory counterparts to strengthen this process and ensure all cases are reviewed and managed to a consistently high standard.”

Spurrier later said she believed the woman is an Australian national who was living in the UK.

“I do apologise to Victorians – the last thing I want to do is kick a Vic,” she told media about the morning’s events. 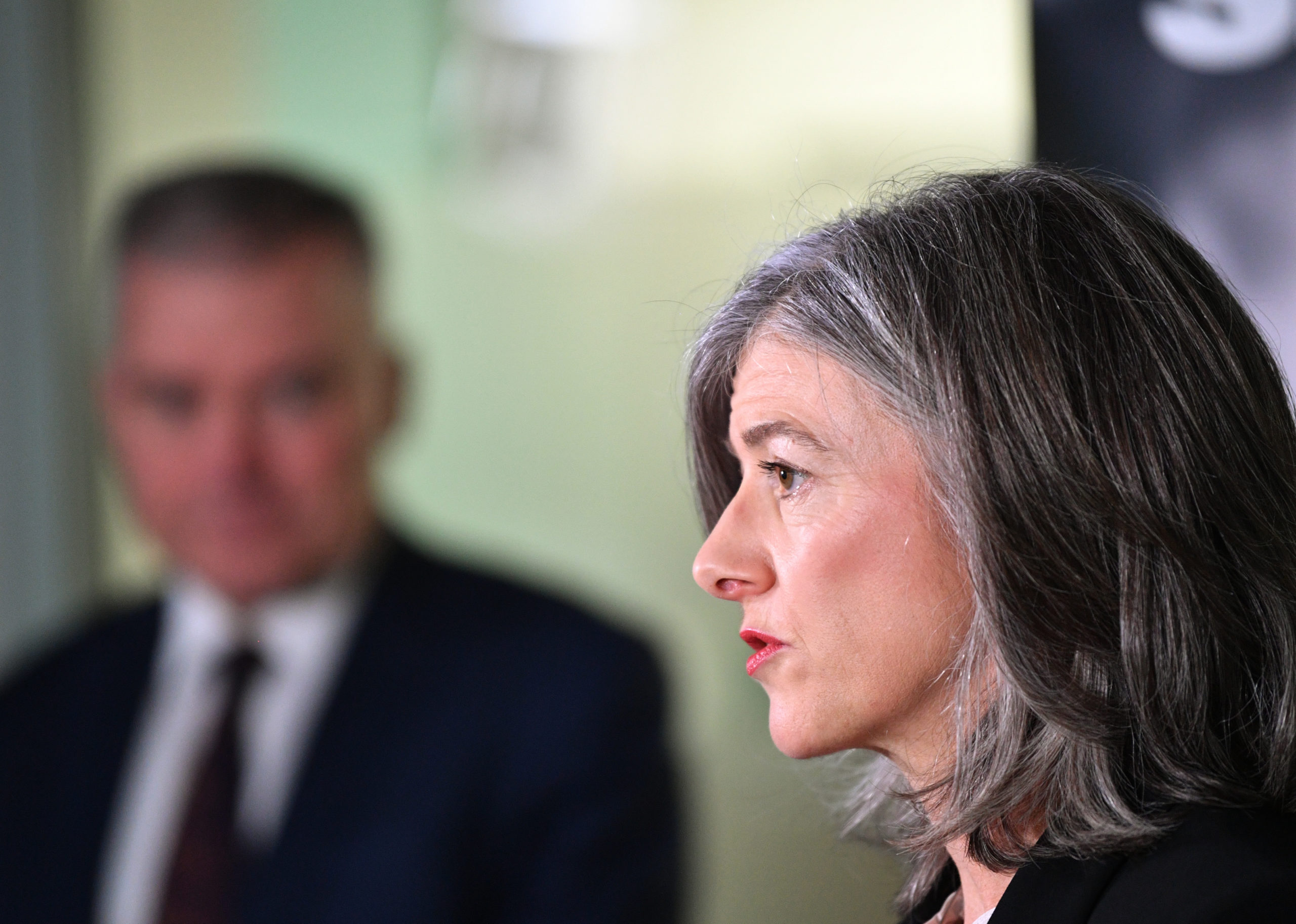 Marshall said today SA Health had “handled this pandemic extraordinarily well” to date but “clearly there’s been an administrative error in this case”.

“We’re not hanging SA Health out to dry but going forward we can’t have a situation where there aren’t airtight and robust processes.”

But it could be future travellers paying the price for the error, with Marshall declaring: “I don’t think we should be granting any further exemptions in SA until we’ve ironed out this administrative error.”

“We’re going to make sure we have airtight systems before we grant further exemptions,” he said, adding he had spoken to Police Commissioner Grant Stevens about reviewing the processes.

Opposition Health spokesman Chris Picton said it was not good enough for the Government to blame departmental failure, saying: “How is it that Steven Marshall yesterday thought the system had worked well and all the processes had been followed when we now know that’s not the case?”

“Thank goodness this person did the right thing and fronted up to authorities,” he said.

“How could this have happened when we gave approval for this special exemption to be made without making sure all those proper processes were in place?

“This border bungle is truly shocking error… it was bad enough when the decision to grant a special exemption led to SA’s first COVID-19 case in three weeks, it was even worse when Steven Marshall said this was the system ‘working well’, only for it to emerge the Government didn’t even know when this woman from the UK was arriving in Adelaide…

“But South Australians will be shocked to learn that in fact the Government was told when this woman was due to arrive, but lost the details.”