At the time, he noted he had been approached by SA Pathology Clinical Service Director Dr Tom Dodd about bolstering the state’s testing regime – but his entreaties were met with complete silence until last week.

But Wade sparked new tensions with a weekend announcement that a “crack team at SA Pathology” had been assembled “to respond to [any] COVID-19 outbreak in aged care and other residential facilities”.

In a media release yesterday morning, Wade said “a team of domiciliary nurses and phlebotomists have the capacity to immediately test everyone in a facility if an outbreak occurs, helping to quickly identify cases, limit the spread and protect both vulnerable residents and staff”.

But Clinpath says the move is redundant, given the Federal Government late last month contracted Sonic Healthcare – its parent company – “to provide a dedicated pathology service for rapid sample collection and testing for suspected cases of COVID-19 in residential aged care facilities”.

“I don’t understand… I honestly don’t understand it. They know about this Commonwealth contract – they’re both Liberal governments, surely they talk to each other? It’s beyond me… I’m completely befuddled by it.”

Whitehead said it “seems to me to be a waste of Government funds”.

“They could be using that money for something else – I really don’t understand that,” he said.

Wade’s media appearances and press release did not mention Clinpath’s contract – he now says the SA Pathology service will “be available for a range of residential facilities, including facilities not covered by the Sonic contract with the Commonwealth [and] also supports services to regional areas”.

Whitehead believes the issue highlights an ongoing tension between public and private pathology services in SA – which was heightened last year when the Government threatened to sell off SA Pathology if it didn’t rein in its financial performance.

However, citing “a clear improvement in costs” and the service’s performance during the COVID-19 pandemic, Wade last month announced the Government was “putting to bed the option of outsourcing pathology services”.

Whitehead said he had spoken to Wade after InDaily’s story last week, with the Health Minister indicating he would “follow up with a letter, which I’ve not yet received”.

“I’m going to continue our efforts to try and engage,” he said.

“My view of privatisation is you definitely need a very robust public health system, but it needs to work efficiently and in concert with the private sector – and it seems we’re very adversarial at the moment.

“I’d prefer that wasn’t the case.”

He said both services were “trying to achieve the best outcome for patients, whether they be public or private”.

“There’s been, I think, some political machinations going on in regard to public versus private pathology in this whole thing… I really think we need to work together in this situation for the best possible outcome and I don’t think that’s been happening.”

His initial entreaties had sought a $160,000 Government investment into establishing a new laboratory for COVID-19 testing, but Whitehead said today: “In the end we went ahead and built the lab anyway.”

“We funded it, it’s all ready to go and all the staff have really put in hard yards here to get this thing up and ready, to try and help,” he said.

“Now we’re going to have extra capacity in the state, and we should be using it to greatest effect.” 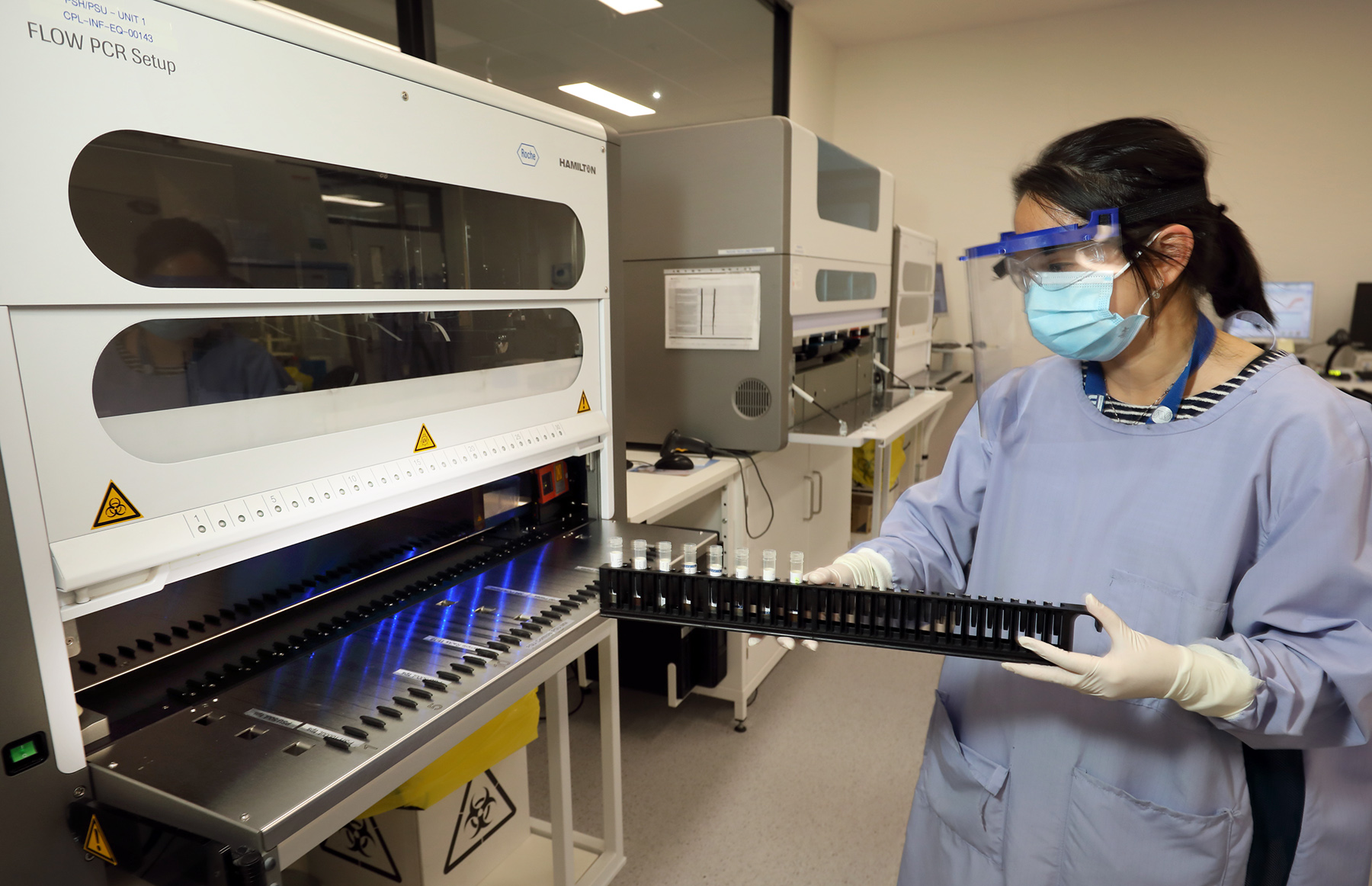 He said while the Clinpath, owned by ASX-listed Sonic, was “a business, obviously… the core of our business relates to patient outcomes”.

He said the federal contract had been operating for “three or four weeks”, with teams deployed to test aged care residents showing symptoms of COVID-19, and if positive tests were returned testing all patients and staff.

“I’m not detracting at all from the efforts of SA Health, but in every other state everyone else has got private business involved in helping with the pandemic and testing,” Whitehead said.

“I can’t for the life of me understand why the Health Minister doesn’t want to sit down with me and work out a coordinated response.

“The whole state’s suffering under the yoke of this pandemic – the problem with people not being exposed to the virus [in SA] is there’s a chance over time there’ll be other outbreaks, particularly when borders open further down the track… you’ve got to get testing infrastructure in place for down the track, and I believe that needs to be based both in the public but also the private sector.”

Wade told InDaily in a statement the Government was “focussed on strengthening South Australia’s capacity to test, trace and respond rapidly… as the COVID-19 response moves from the containment to suppression phase”.

“The Rapid Response Capability that SA Pathology has developed will complement the service provided by Clinpath,” he said.

“It will be available for a range of residential facilities, including facilities not covered by the Sonic contract with the Commonwealth. The SA Pathology service also supports services to regional areas.

“The State Government is committed to engaging a wide range of providers, including SA Pathology, Clinpath and other private providers, to support infection testing and control capability.

“The Marshall Liberal Government is committed to working with public and private providers to deliver the best health outcomes for all South Australians.”

He said the Government had “shown that it will partner with public and private providers to deliver the best health outcomes” and had “worked collaboratively with private hospitals, in particular, through the Patient Services Panel and the COVID-19 partnership”.

“The Department for Health and Wellbeing has established a COVID-19 Surveillance Committee chaired by the Chief Public Health Officer, Professor Nicola Spurrier, to coordinate the surveillance effort,” he said.

“Public and private pathology services will be engaged through a consultative forum, however to facilitate competitive neutrality they will not be represented on the Committee.”

He said he was “pleased that both Clinpath and SA Pathology and other private pathology providers are developing capacity [as] having a range of providers builds capacity, provides redundancy and supports value-for-money services”.