A triple whammy of pain is challenging the Barossa Valley, as it comes to grips with a drought-hit grape harvest, a cluster of local COVID-19 cases shutting businesses and tourism grinding to a halt.

But this week, as the state’s harshest virus restrictions are eased in the region and children return to school, this resilient wine and tourism region is already searching for the silver lining.

He says two years of drought, compounded by frost in October and strong winds in November last year, had upset flowering and translated to this year’s vintage being at least 50 per cent below the 10-year average.

Crops for some grapegrowers were so small they didn’t bother harvesting.

“While it is devastating for a grower to not be able to pick some vineyards, the silver lining is the quality of those grapes picked is turning out to be outstanding,” March says.

On top of the low harvest, tourism businesses a few months ago began dealing with a downturn in visitors to the Barossa, as the state’s Book Them Out campaign to help bushfire-hit Kangaroo Island and parts of the Adelaide Hills drove focused on other regions.

Then, news broke of a cluster of COVID-19 cases involving international tourists in the Barossa.

The cluster accounted for 40 people being infected, including 29 American tourists and 11 Swiss visitors, along with Riverland grandfather Malcolm Todd, who died last month in the Royal Adelaide Hospital’s intensive care unit. 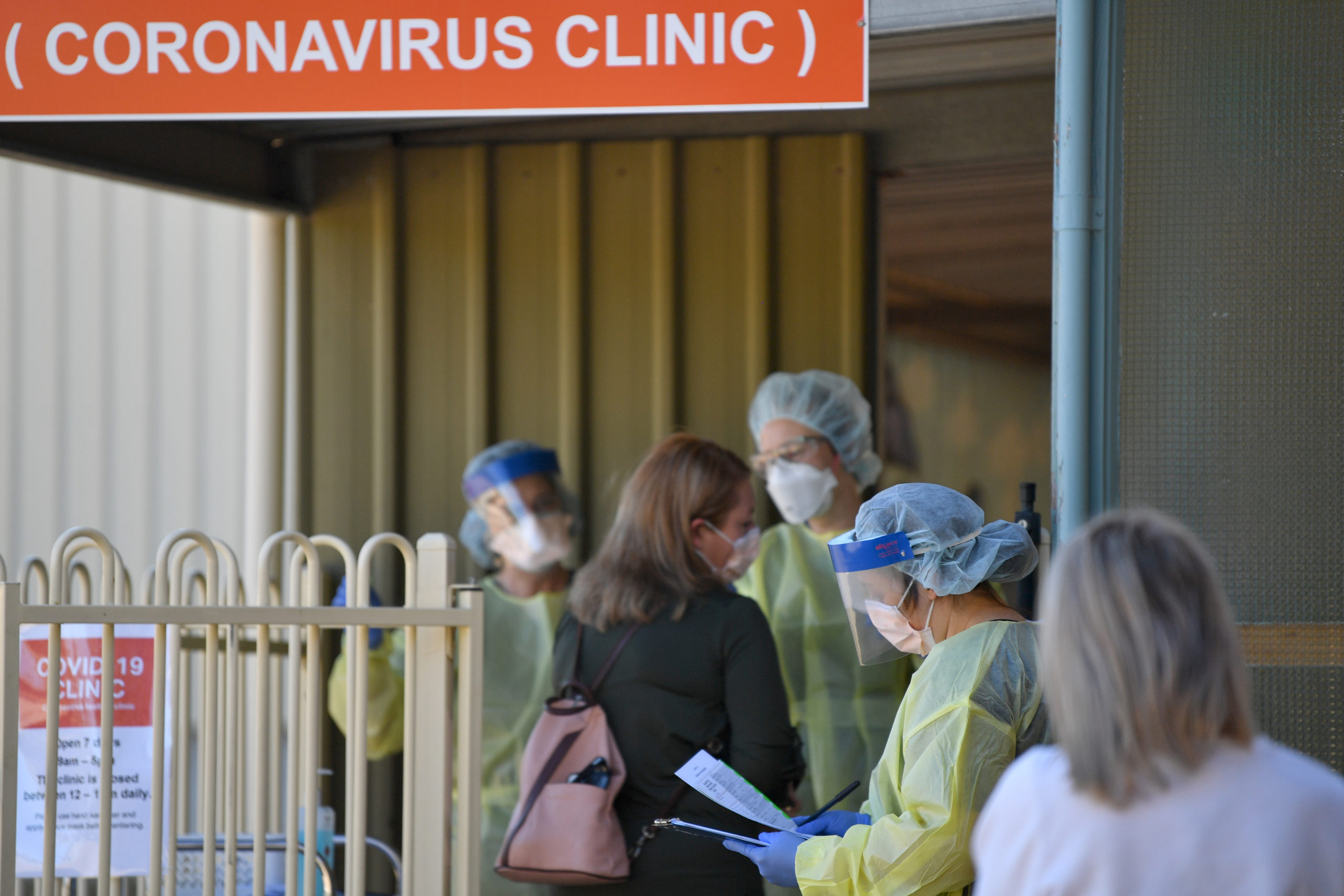 Towns have been doing it tough, so this week’s announcement by the state’s Chief Public Health Officer Professor Nicola Spurrier allowing residents to again move between towns and children to return to school has been an enormous lift.

“I think it’s a lift to the community, it’s a bit of relief, a morale boost, we’re no longer a cluster hotspot and we now have the same restrictions as everyone else,” March says.

Barossa District Council mayor Bim Lange says the community needed some positive news, with the impact of drought and then coronavirus restrictions reverberating through the Valley and leading to many job losses.

The council acted quickly, calling a special meeting and agreeing to suspend rate payments for six months for those struggling to pay.

Leasing fees for council-owned facilities have been waived for 12 months, and the council authorised a loan of $3 million to support the community.

A Barossa Cares website is running to support locals and Lange said volunteers are turning out in droves to support neighbours.

There are numerous examples of businesses stepping up, such as Calabria Family Wines in Tanunda donating its Calabria Care Boxes packed with pantry essentials to Barossa shelters and not-for–profits.

The business of book buying in Tanunda has remained steady during the shutdown but Heuzenroeder said the past few weeks “had been surreal”.

Particularly, he said, during the Easter long weekend when streets usually bustling with tourists were empty. 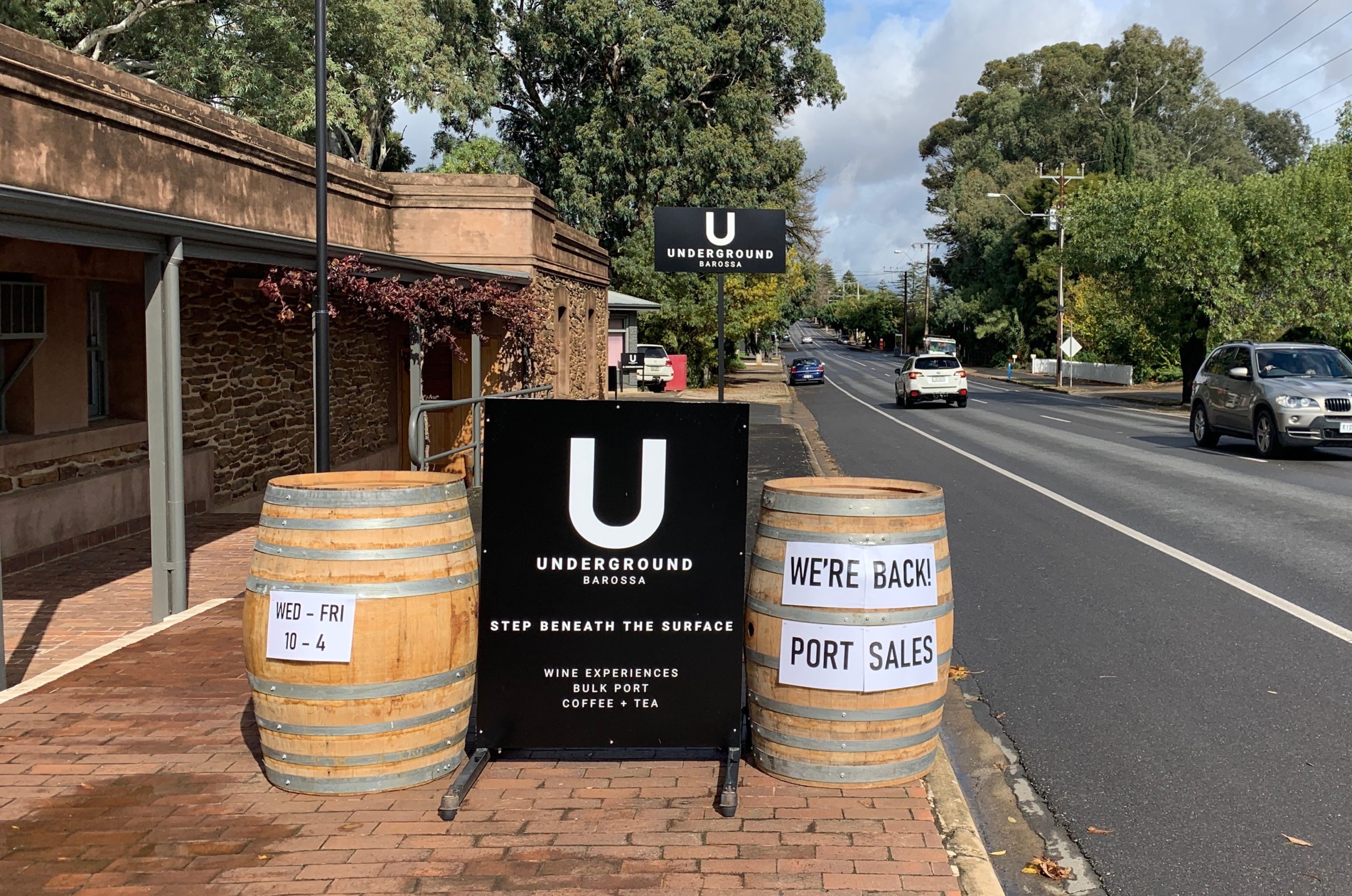 Barossa businesses are doing their best to weather the storm.

Darling’s Café has weathered the COVID storm too, with strong local support meaning all staff are still employed – and a healthy line up for coffee orders was back yesterday morning.

But there are other businesses not doing so well. The Clubhouse in the Tanunda town centre remains closed with 35 staff stood down.

It’s only a few months younger than the oldest in Mannum.

“We were told to close all licensed venues down in Australia with 12 hours notice and like everyone else, we threw out about $7,000 of perishable goods,” he said.

“As a regional town we rely on wine and tourism and both have copped a bit of a belting.”

Ferrett also had to close family restaurant Char that opened in the main street about six months ago – but he was planning to open for takeaway “with a splash” next week.

Other family-owned bed and breakfast accommodation is empty.

“In my 25 years here this has been the toughest period, they are doing their best to take my sense of humour away,” Ferrett says with a laugh. 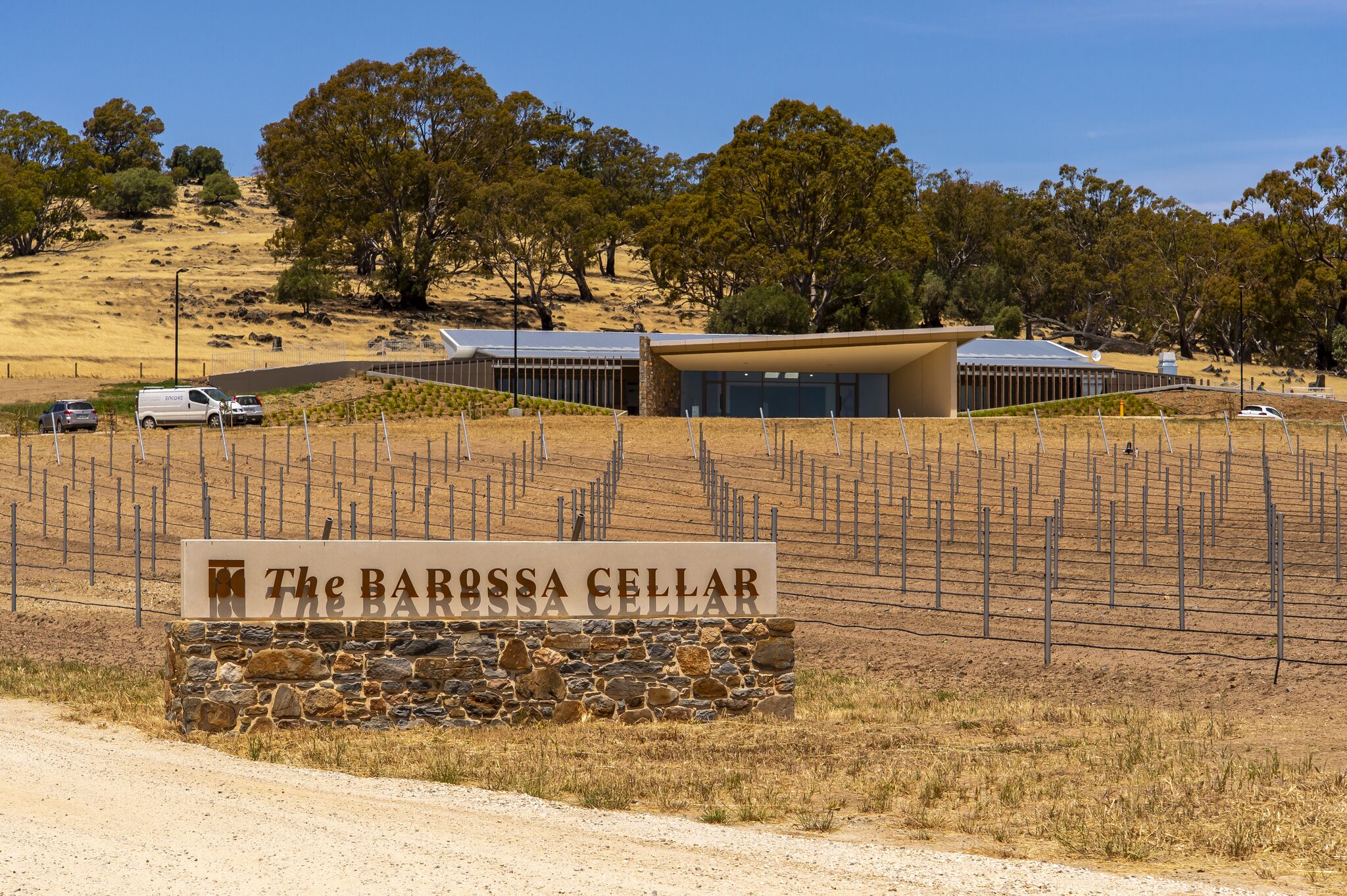 The multi-miillion-dollar facility was set to go when the pandemic hit. Photo: John Kruger

Back at the grape and wine association, marketing and communication chief Emily Hay says the region is working together to keep industries strong.

Established in 2008, the Barossa Grape and Wine Association represents over 150 wineries and 550 grape growers.

Hay says the region’s new multimillion-dollar Barossa Cellar was all set for a bells and whistles opening – then COVID-19 restrictions hit.

A major wine event that many Barossa wineries were attending at Port Adelaide was also abruptly shut down.

But the cancellations sparked new creativity in the organisation.

A “Barossa. Be Consumed” e-commerce channel was created so wineries could still sell bottles of wine, and then a new incarnation of the group’s Facebook page was imagined.

Big Barossa names and brands are now hosting live events three nights a week, and the page’s follower numbers have leapt 191 per cent in 28 days to about 9000.

The new format kicked off with a live tour of The Barossa Cellar with Barons of Barossa Grandmaster Louisa Rose, and has since featured Paisley Wines and other winemakers showing barrel turnings or hosting question and answer sessions.

“People do their own thing, it’s a little bit of a taste of who we are, what we do and what life is like in the Barossa,” Hay says.

“Our brand platform is meant to be a little bit of a respite from conversations related to COVID.”