Second term got underway with many families who had previously notified schools their children would learn from home instead opting to send them back to class, after SA’s chief public health officer Professor Nicola Spurrier last week insisted it was safe for them to do so despite the ongoing coronavirus pandemic.

However, even with several schools running pupil free days to start the term and fewer students than expected seeking to use the Government’s online portal reconfigured in recent weeks to facilitate statewide home learning – several sites across SA reported outages when trying to use the LearnLink login system to access the network.

Adelaide High School Principal Cez Green told parents in an email “we have just been notified by the Department for Education ICT services that there is an outage state wide to all LearnLink sign in services”.

“Currently no one can sign into Office 365 apps including Teams, or WebEx,” she wrote.

“People who are already signed in should be unaffected.

“The Department for Education ICT Team are investigating as a high priority. This means that if your student is working from home today, they may not be able to log in.”

A similar message went to parents of Gilles St Primary, which told the school community “we have been advised by Department for Education – Information Technology that there is a state wide issue with the LearnLink platform”.

“We understand that many of you have also found this out,” the school’s email added.

Lucindale Area School similarly reported “some ICT issues today through LearnLink” with “students and staff having trouble accessing emails”, while Freeling’s P-7 school told parents: “The school is aware of intermittent issues with the LearnLink portal this morning – this is a statewide issue and the IT department are working at resolving this”.

“If you are having issues connecting, please wait 30 minutes and try again,” the school told parents.

Adelaide mother and businesswoman Kristy Schirmer – an InDaily 40 Under 40 winner in 2018 – said she had been planning to keep her Year 1 and 4 students home this week, but would now send them to school from tomorrow after problems accessing the portal.

“We were getting error messages and we couldn’t work out what they meant,” she told InDaily.

She said members of a school community Facebook group “were also saying they were having trouble accessing the system”.

We are still learning from home this week, and it looks like learnlink has crashed. #covid19australia #southaustralia

She said the school had contacted her explaining that “part of the reason it wasn’t working was that they had planned to have a teacher set aside to assist students with home learning [but] with so many more children coming back to school they weren’t able to supply a teacher to support the at-home students”.

“I think all the teachers are scrambling and have had to quickly respond to high numbers of kids returning to school,” she said.

“I get the feeling now we’ll be left to our own devices at home again.”

She said the school had asked parents who had previously planned to keep their children at home to “give the school as much notice as possible” if they now intended to send them to class.

“That was our intent, to stay home this week and monitor the situation, and hopefully feel confident that infections are staying low – or at zero,” Schirmer told InDaily.

An Education Department spokesman told InDaily in a statement there had been “intermittent access issues to the department’s ICT systems for some schools that have resulted in some staff and students needing to log in multiple times before gaining a successful connection”.

“Once successfully logged in, staff and students have been able to access what they need,” they said.

“We are not aware of any operational issues with key learning platforms like WebEx or Microsoft Teams [but] given the size and complexity of our system and our ICT environment, it is not uncommon for intermittent issues to be experienced in some schools across the state.”

The spokesman said the department’s IT service desk “has not experienced an unusually high level of calls this morning”.

“Internet access is a priority for us and we have extra IT staff on deck and we’re working closely with our schools and suppliers to troubleshoot any issues that come up,” they said. 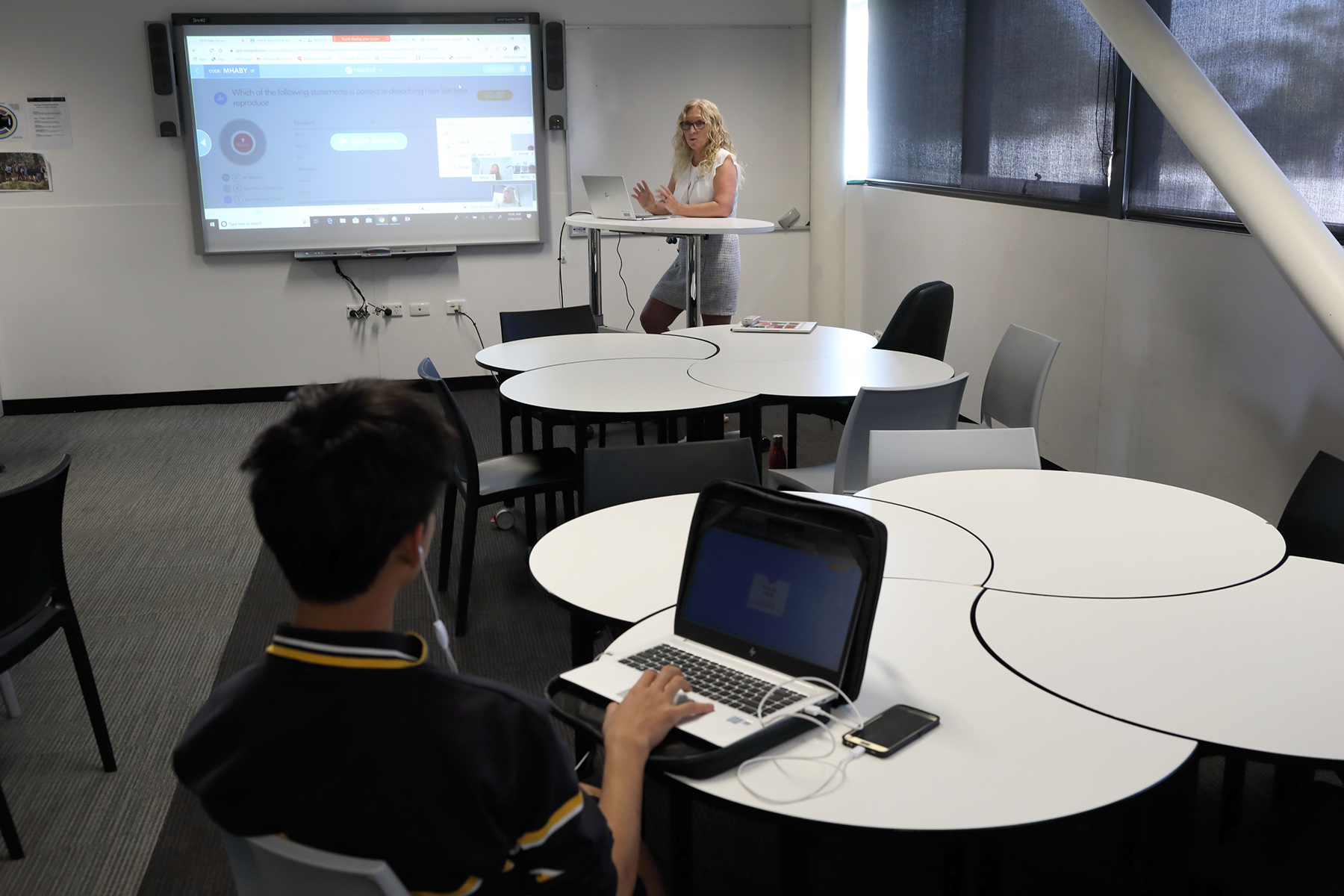 Opposition spokeswoman Susan Close said today: “The Government has had three weeks to get ready for a different version of term two, and it hasn’t made sure that the learning portal is functional.”

“It appears that parents and students just aren’t able to get access to the learning portal – for some it’s working for a short time and then falling over,” she said, noting it was particularly problematic given “three weeks ago we were expecting the vast majority of kids to be at home”.

“This has made a pretty difficult start to term two just a whole lot more complicated.”

Education Minister John Gardner said earlier it was a “very exciting day” given “at the end of term one I think we would have only been dreaming [of] the low rates of positive infections that we’ve seen in the last week”.

“We’re in the outstanding position of actually being able to encourage kids to return to school,” he told reporters.

He insisted classrooms were safe for students as well as staff “with the appropriate measures we’ve put in place for cleaning and hygiene within the schools”.

“It’s going to be a slightly unusual week in some schools – schools have been preparing for a different environment so some schools will have a smoother transition back to face-to-face being the majority teaching method than others,” he said.

“I ask parents to be patient… our teachers and our leaders are working very, very hard and everyone’s doing their best.”

He said he expected most students to return to class this week, after Spurrier’s written reassurance gave “many parents and many staff members a lot more confidence about the safety of the low-risk environment the schools present”.

“The model of learning will vary depending on what the school is set up to do,” he said.

“There will be a level of remote learning, I would expect, in most if not all schools in SA, certainly for this week… and some schools will retain that as the dominant methodology for teaching longer than others.”

He said that would depend on the number of students and staff in each school.

“It might look different from school to school,” he said.