South Australia recorded no new coronavirus cases on Thursday, with the state’s total remaining at 438.

There are still 4o active cases, including four people in hospital and two men, aged 68 and 57, who are in a critical condition in intensive care at the Royal Adelaide Hospital.

Spurrier said the number of cases with no known epidemiological link has risen from four to seven after SA Health decided to re-categorise three cases previously under investigation.

“The person in the middle – that relative – has had no symptoms, so was never tested.

“Of course, if we were looking at it again now we could say ‘we should have tested that person’, but at the time because they had no symptoms they didn’t have a test done.

“We haven’t been able to make a direct link, so some of those cases… may in fact have a tenuous link.”

Spurrier said SA Health would start using genomic testing to determine if there was a link.

“I’m no more concerned today as I was yesterday, but it just means that we’ve been working behind the scenes to try and tidy up some of those cases under investigation.”

There are currently 38 people in quarantine who were identified as being in close contact with a person in their 20s who tested positive for COVID-19 yesterday.

The person experienced an acute loss of smell and taste – the first time those early coronavirus symptoms have been identified in South Australia.

“If this does happen to you we would consider that would be a symptom worth checking and going and having a COVID-19 test done,” Spurrier said.

SA Pathology has tested more than 48,000 people for coronavirus since February, including 1675 yesterday.

Meanwhile, Spurrier has written to parents and school staff saying that the low levels of COVID-19 in SA means there is no need for schools to close.

In the letter, Spurrier encourages parents to send their children to school in Term 2, which begins next week.

“If everyone in your family is well, I encourage you to send your children back to school or preschool this term,” he said today.

Gardner told InDaily today that although schools had spent the past weeks preparing for an online-focused teaching approach, the positive results in COVID-19 infections meant the advice was now changing.

“We’re now expecting a more significant number of children at school next week than we were at the end of term one,” he said. “Parents will need to be patient as this changes to more to face to face learning.”

He said it was more beneficial for parents to send their children to school even if the existing teaching model was supervised online learning rather than classroom teaching.

“There is still going to be access to specialist facilities at school more than students would have at home and more opportunity to engage with teachers than they would over the computer,” Gardner said.

South Australia’s independent schools are offering a range of teaching models, some face to face particularly for younger students less likely to work well independently, while others had online teaching in place.

Chief executive of the Association of Independent Schools of South Australia, Carolyn Grantskalns, said heath advice indicated it was better for children to be attending school.

“Staff have worked incredibly hard over the holidays on the assumption that most kids would be at home,” she said.

“The one thing everyone is committed to is following health advice.”

The Government’s new push for students to return to school is being challenged by the teachers’ union.

The Australian Education Union’s SA branch this week launched an online campaign to urge parents to keep their children home at the beginning of Term Two. 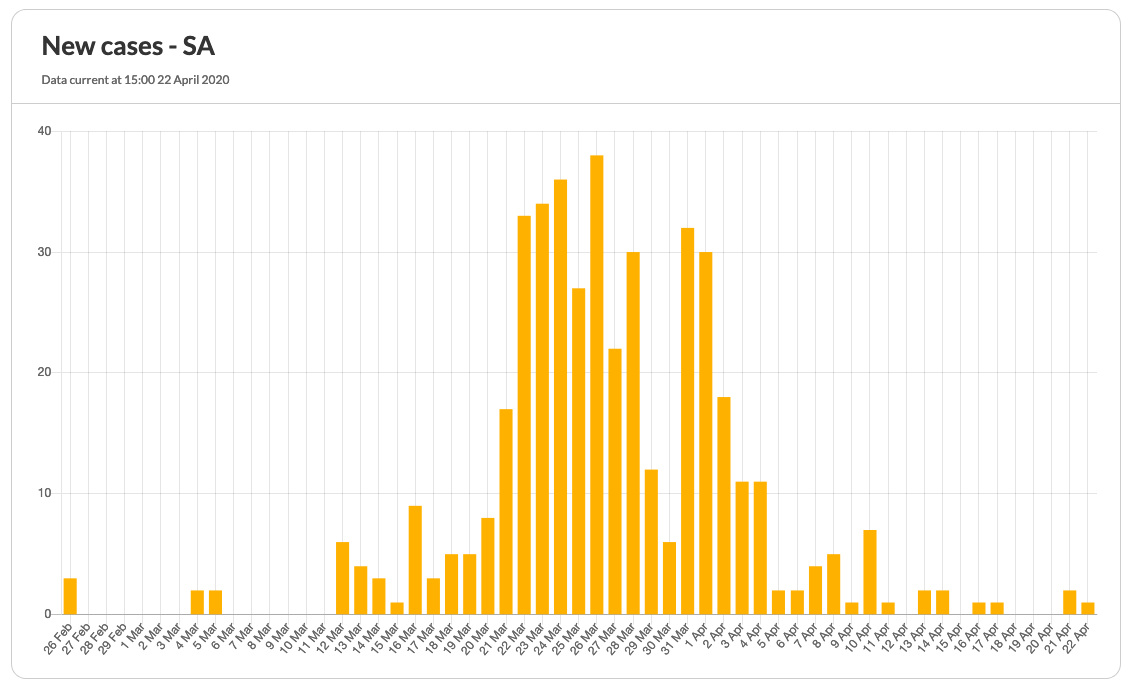 National picture at a glance 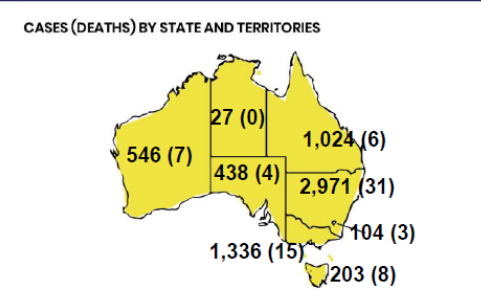 US coronavirus deaths have topped 47,000 after rising by a near-record single-day number the previous day, according to a Reuters tally.

A University of Washington model, often cited by the White House, projected a total of nearly 66,000 US coronavirus deaths by August 4, an upward revision from its most recent previous estimate of 60,000 deaths.

At current rates, US deaths could reach 50,000 later this week.

The first US coronavirus death occurred weeks earlier than previously believed, according to California county health officials who saved tissue samples for weeks until they could be tested. The first US death was on February 6, instead of February 29, they reported.

In the weeks since, the US death toll has soared to the highest in the world.

New York state, the epicentre of the US outbreak, reported 474 new deaths on Wednesday, the smallest increase since April 1. Some nearby states such as Pennsylvania and New Jersey reported record single-day deaths tolls on Tuesday.

Health officials have said that deaths are a lagging indicator of the outbreak, coming weeks after patients fall sick, and do not mean stay-at-home restrictions are failing to slow the spread of the virus.

WHO chief brushes off resignation call: The head of the World Health Organisation hopes the United States will reconsider its freeze in funding for his agency and vowed to keep working on “saving lives”.

UK restrictions to roll into ‘next year’: Restrictions on everyday life in the UK to slow the spread of COVID-19 are likely to be needed for the “next calendar year”,  the country’s top medic said on Wednesday.

France’ virus death toll close to Spain’s: The number of people who have died from coronavirus infection in France increased by 544 to 21,340 on Wednesday, the fourth-highest casualty tally in the world, but trailing just a few hundred behind Spain, which has a death toll of 21,717.

Australian Competition and Consumer Commission chair Rod Sims said terms and conditions at the time of purchase remained in place despite the pandemic.

“If you’re telling consumers they don’t have rights when in fact they do, that is illegal.”

He said original refund arrangements or cancellation policies must be honoured.

“There’s no excuse for misleading consumers at this time,” Sims said.

The ACCC is in talks with Intrepid after the major tour operator changed its terms and conditions retrospectively to deny customers refunds.