Last month the State Government launched the online platform Our Learning SA to support families who elect not to send their children to school during the COVID-19 pandemic.

Gardner said virtual classrooms give teachers greater involvement in their students’ days if they are not at school.

But the principal of Leigh Creek Area School 550 km north of Adelaide told InDaily that internet connection in the remote town was a major issue.

Leigh Creek is serviced by NBN Sky Muster satellite internet, which is common in regional and remote locations.

Jan Love described the school’s Sky Muster satellite connection as “crap” and “as bad as it’s ever been, if not worse”, and said students and teachers would “struggle along” during the COVID-19 crisis.

“The only access that we have to internet is what the Education Department provides us through Edu-Connect which would come through that microwave link – and it’s poor,” she said.

Love said teachers at the school had provided students with physical take-home packs in lieu of online learning, as many did not have personal computers or internet connections.

“There’s so much stuff about going online for the continuity of learning, but we just can’t do that.

“The department is working with Telstra and their plan is to get fibre to as many schools as possible in the state, but there’s just this handful that doesn’t seem to be as if that’s an option – and we’re one of them.”

Love said the school is also providing USB sticks loaded with filmed lessons to students along with laptops, but sourcing the latter was difficult due to high demand.

“We’ve got senior students who are doing research projects and PLPs (personal learning plans) and most of that stuff really requires the ability to get onto the onto the internet and they don’t have it,” Love said.

But he said many students did not own a computer and could not access online resources at home.

In an education context, they may miss classes because they simply haven’t got the means to pay the data costs or they may not actually have a decent computer in their family home

Kelly said the Education Department was working on providing students with computers but those who didn’t have access in the interim were a concern.

“Everyone should have access to the internet,” he said.

“If kids are able to engage meaningfully online with their teachers, I’d imagine that would have some better educational outcomes.

Gardner said the partnership between Telstra and the South Australian government, which aims to connect 514 government schools to the high-speed fibre optic network, had already connected “four-fifths of all our schools”.

But he said providing reliable services to remote and regional areas was more difficult.

The department was now working with individual families to problem-solve solutions, such as providing WiFi devices would connect students to “pre-agreed” “educational sites.

“But once again it’s a bit of a school-by-school case-by-case situation,” he said.

The Commissioner for Children and Young People’s “Leave No One Behind” report into poverty, released last year, revealed participants talked extensively about how a child’s school life is affected by poverty, particularly when their education suffers because they lack access to technology.

“We heard that ‘school projects are difficult, especially ones that require technology’,” the report said.

“Participants talked about the attempts their schools make to provide them with access, but that this was still limited and did not bridge the gap to the extent required.”

The report also revealed young people were aware of how digital access could help them escape poverty, such as helping them find employment or allowing them to build on knowledge necessary for work.

South Australian Council of Social Services (SACOSS) CEO Ross Womersley said a lack of connectivity – due to not affording online access or simply there not being anything to access – could cause someone to fall off the “digital cliff”.

“In an education context, they may miss classes because they simply haven’t got the means to pay the data costs or they may not actually have a decent computer in their family home,” he said.

“Some of the research that we did a couple of years ago… revealed 17 per cent of households in South Australia didn’t access the internet from home, including by mobile phones.

“We think that might have improved somewhat, but what that points to is that there’s a huge number of people, many of whom are likely to be living in our regions who are unlikely to have the means to get access to these things.”

Last week the Australian Communications Consumer Action Network (ACCAN) sent a letter to Federal Minister for Communications Paul Fletcher saying there were 2.5 million Australians not connected to the internet because they could not access or afford it, or lacked the ability to engage with it.

ACCAN said telecommunications services were dropping out with “increasing frequency” in remote and sometimes Indigenous communities.

“The connectivity problems for many individuals are additionally exacerbated by the closure of libraries, cutting off those reliant on library public WiFi and desktop computers,” it said.

ACCAN suggested the federal government offer low-cost broadband for low-income families and those on income support payments, as well as a free telephone service for individuals with low digital literacy. 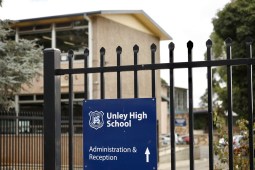 Should you send your child to school?