Early next month, Amata – the Aboriginal community north of the Aṉangu Pitjantjatjara Yankunytjatjara (APY) Lands – will cut the ribbon on a new state-of-the-art food store.

The 1000sqm Amata Aṉangu Store, which will be situated next to an older, demolished general store, will include a 600sqm stockroom and 400sqm shopping area.

It will offer fresh fruit and vegetables, refrigerated frozen meat and other household goods.

“It’s big for the community.”

Not-for-profit organisation Mai Wiru was founded in 2000 to address food security on the APY Lands.

“Anangu do not have enough money and the right food in the stores to be healthy. Wages are low. Store prices are high,” the report says.

“Only by controlling what is happening in their own stores can Anangu control their health and life.” 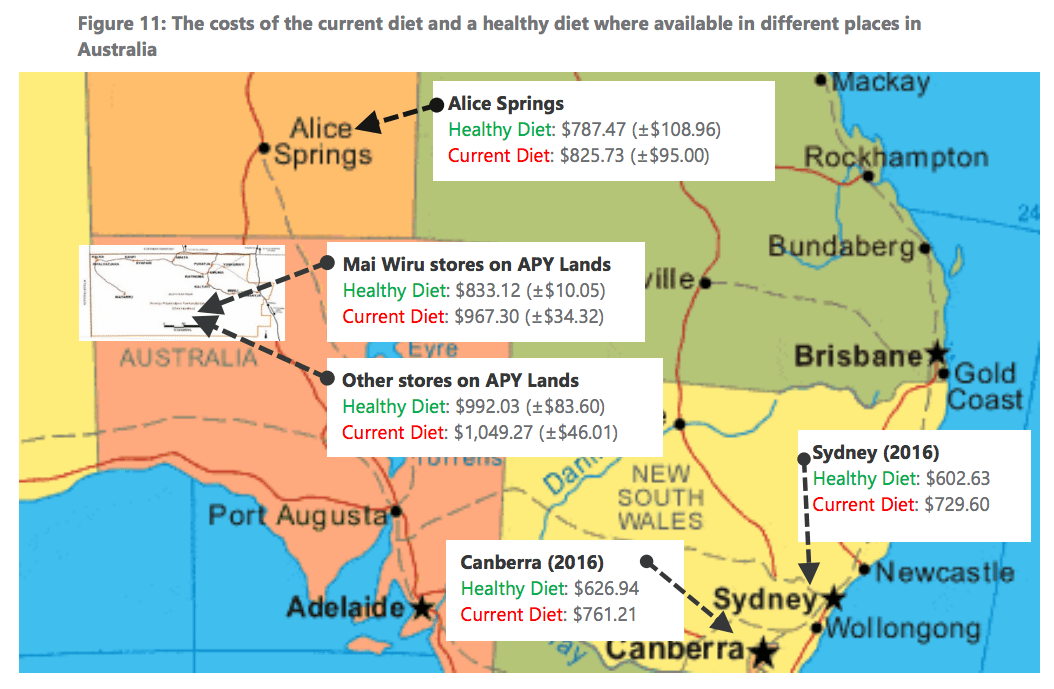 To try and ameliorate the crisis, the legislation proposed nine rules, including, “stores are to make nutrition the highest priority”, “all stores will employ Anangu workers” and “stores will follow ‘fair trading’ laws”.

The aim was to diminish poor diet and entrenched poor nutrition.

Mai Wiru, an Aṉangu-run initiative run by an Indigenous board, was signed off by community councils and regional organisations in 2003, and for almost two decades since offered management services for remote stores, across-state freight delivery services, and “bush orders” in communities.

“But in that process, we bring through all our healthy eating diagrams and all the systems and processes to make sure that those businesses are sustainable and can go back to the community.”

As well as running stores, Mai Wiru has instigated a number of programs to promote health and wellbeing on the APY Lands, one of which included a “Rethink Your Drink” campaign formed in partnership with Coca-Cola aimed at promoting water and non-sugary drink options over sodas.

Diabetes experts have argued Coca-Cola should be removed from the region due to its adverse health effects.

“Personally, I’ve worked in shops, and I’ve run shops myself throughout my career, and one of the hardest things is to deliver a really quality product that stays on the shelf, that keeps people healthy and encourages people to buy it,” he said.

“Having access to good quality food and more of it is always going to be a good thing for the community. The trick is encouraging people to make better decisions about the type of foods that grow healthy, strong bodies, and particularly young children the future.”

King, who has completed a health science degree, said Aṉangu were still dealing with the effects of colonisation on diet.

“Previous to European contact in the APY Lands, Aṉangu got a teaspoon of sugar a year. Now you’re getting 29 in one can of Coca-Cola,” he said.

“(The Government needs) to come out and sit and educate and work and build peoples’ capacity to make better choices and to understand those choices, so they can make informed decisions about what they’re eating, how they’re moving forward in life and how to prolong their lives, and how to make a difference to the Closing the Gap.”

According to the Australian Bureau of Statistics, more than half the top 20 leading causes of death in Aboriginal and Torres Strait Islanders in 2017 were non-communicable diseases.

These chronic diseases include diabetes and cardiovascular disease and share preventable risk factors, including lack of physical exercise and unhealthy diet. Poverty is also closely linked to the development of disease.

Below is what individuals eat on the Lands. 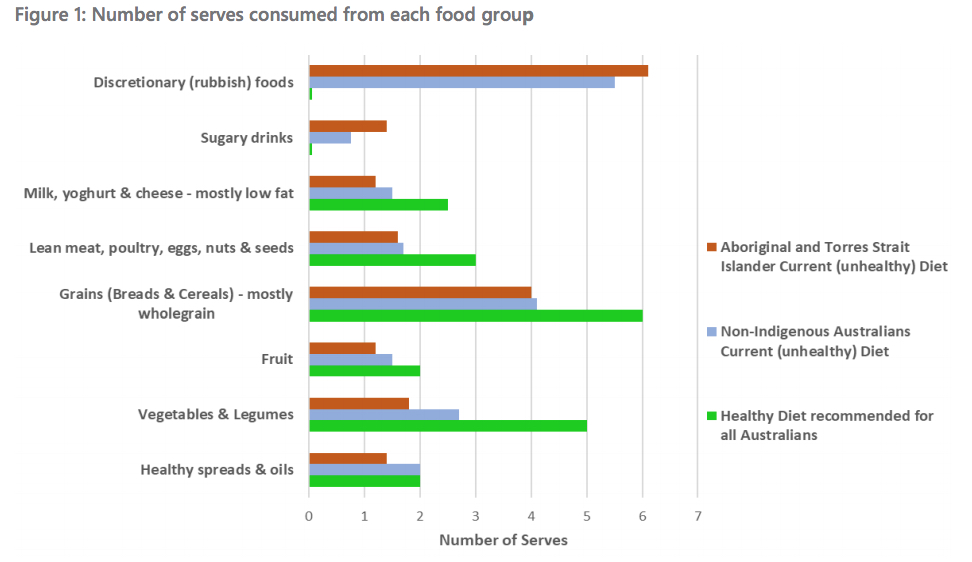 In 2013, the Federal Government cut $450,000 funding from the South Australian organisation, which at that time managed five community stores.

Instead of closing its doors, Mai Wiru adopted a self-sufficient model, and in 2015 established their own transport system, the Mai Wiru Freight Service, to help cover the organisation’s expenses.

This service supplies fresh produce to APY Lands’ Mai Wiru-managed operations from Adelaide, rather than Alice Springs where it was more expensive, and cut costs up to 25 per cent.

“About 84 pallets a week comes through,” Bignoux said of the weekly delivery from Adelaide.

“We also supply all these service to providers in clinics to schools.

“Their parents would put in all their orders, which will be delivered to a central toll, and it comes through from there on a truck.

“When it gets to community, our truck would bring stuff for the clinic, pretty much the schools, everyone in the community gets product packed on pallets, and when it gets to the store it gets divided up.”

Despite the organisation’s expansion  – and data stating Mai Wiru’s decades-long effort has delivered improvements in accessibility, availability and affordability of healthy foods on the Lands – its longevity isn’t secure.

“We apply for grants but nothing else is coming,” he said.

“Sad thing is we’re right at the beginning of tourist season now.

“The money you’re making, the good times, is not enough to sustain your business for the year.

“Hopefully when the tourists start running through again, we get a good story.”

The APY Lands announced last week visitors would have limited access to the area due to the threat of coronavirus.