InDaily can reveal that Port’s China Engagement guru Andrew Hunter – headhunted by the club from the office of then-Premier Jay Weatherill in 2015 – has resigned to take up a role in Perth that will see him re-join his former boss at mining magnate Andrew ‘Twiggy’ Forrest’s philanthropic Minderoo Foundation.

Hunter will remain in his role at Port Adelaide until early May, but the timing appears difficult for the football club, with the looming likelihood that this year’s showcase Round 11 Shanghai match against St Kilda will be relocated to Melbourne, as the fallout from the coronavirus public health debacle continues to wreak havoc.

Port’s China foray has seen it hire a full-time commercial development manager in Shanghai, helped the club turn a profit and was crucial to its signing, unveiled this week, of MG Motors – a subsidiary of state-owned SAIC Motor – as a five-year joint major sponsor.

But Hunter told InDaily his departure would “absolutely not” compromise the club’s much-vaunted China project.

“I think there are different stages of business development,” he said.

“At the beginning of my time here, I had a bit of a blank canvas, but if you found the right person, someone with strong commercial acumen and a specific China focus, [the change] could be something that’s beneficial to the club at this phase in the development of the project.”

He reiterated Port’s mantra that the club “will be led by the Australian Government, the Chinese Government and the World Health Organisation” about the Shanghai fixture, but noted: “It’s not a secret that other sporting events – tennis, the Grand Prix and others – have been cancelled.”

“We have to treat seriously the circumstances in which this game would be held if we were to go ahead with it, and we take the decision very seriously – as we should,” he said.

“I suspect there will be an update very soon.”

Hunter, a former international volleyballer, said he had never intended to remain involved in the sports industry after his athletic career ended.

“I didn’t see myself staying I the sports industry if I wasn’t in Port Adelaide… what made this project and club really special was that connection with the members,” he said.

He even took to an online football forum this week to thank particular supporters for their “great support, ideas and advice over the course of our journey in mainland China”, noting that one contributor’s feedback “was critical to the [MG] partnership” announcement.

“Moving into the Port area around three years ago, I’ve met Port Adelaide supporters who have a very close connection and understanding [of the club] and some of these ideas that flowed from that were really important to what we were doing in China,” he told InDaily.

“I did thank certain people that had contributed creatively to that partnership, but it was a whole-of-club effort – the China team, the commercial team, the board.”

He highlighted board members Andrew Day, whose business interests extend across Asia, and high-profile tennis coach Darren Cahill, with the club “leveraging his status as an international sporting figure”.

Hunter said Weatherill “gave me a call last year and asked if I’d be available” for the new role.

“That was the initial contact… at that particular point it wasn’t something I considered,” he said.

However, the appeal of the role – drawing on his experience in international engagement as well as policy development and government relations – won him over.

“From a personal level, I have a hunger to evolve and improve… it’s been five years with an absolute intense focus on one particular area, [which is] the longest I’ve ever been in a particular role,” he said.

“I felt the change would bring about new learnings, new experience [and] this new role has great potential. The early childhood development aspect, for example, has the potential to be a significant national building project… for a long time, I have understood the importance of this area of public policy [but] since becoming a father, this area has taken on a special significance.

“Working at an NGO that provides a deeper purpose, in projects I’m philosophically aligned with, was I guess where I want to be at the moment.”

There was another personal factor playing in the decision: Hunter and his wife, former Olympic swimmer Sally Hunter (nee Foster), are expecting their second child next month.

“Sally’s from Perth, so she wants to be close to her family,” he said. 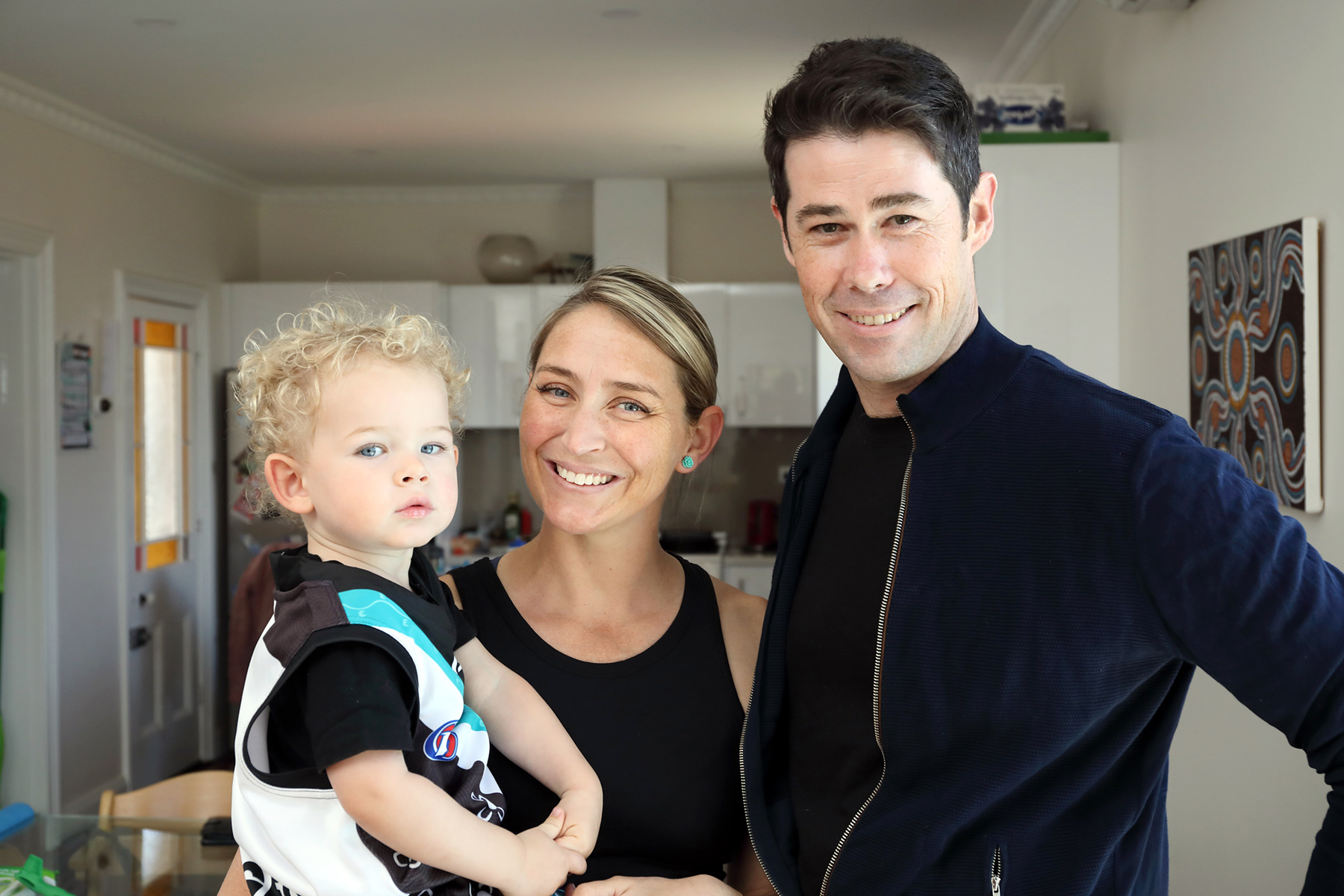 He said he had previously weighed up various options, including remaining at Port in a different capacity.

“I explored the possibility of evolving a role here, but realised that might not be possible… Sally and I had considered some opportunities elsewhere, in Melbourne, Europe and in Perth.”

It’s understood he was sounded out about the then-vacant WA Labor state secretary’s role, which has since gone to another former Weatherill Government adviser, Tim Picton, as InDaily foreshadowed earlier this month.

Hunter is coy about the discussions, but notes “I have some good friends in the Labor Party in WA”.

“When you’re turning up in Perth with a little more regularity, there are ensuing discussions about a potential role in future, but they’ve made a decision which will be good for the party,” he said.

“I do have a deep passion for politics, and would be at some point like to make a contribution to that space in future [but] it’s an all-consuming gig, we have a young family and the time isn’t quite right for that.

“What’s transpired is the perfect role for this particular moment.”

Weatherill told InDaily one of the “great sadnesses when you leave office is that you’re not working with some of the great, motivated, intelligent people you’ve had around you, and it will be great to be able to re-form a relationship with Andrew”.

“He’s a super-smart, incredibly motivated guy – it will be great to be working with him again,” he said.