In a sign of escalating factional tensions within Liberal ranks, an audio recording of sections of last night’s Waite Liberal State Electorate Committee meeting – which Duluk hosted at his electorate office despite having last week temporarily suspended his own membership of the party – was today leaked to some media outlets, including InDaily.

The 13-minute excerpt includes near-universal support from the 45 attendees for a motion to “inform state executive of [the SEC’s] support for Sam Duluk’s ongoing representation as the member for Waite”.

That’s despite Premier Steven Marshall’s insistence that Duluk’s alleged behaviour at the December 13 Christmas party “did not align in any way, shape or form with the values of our party” and that “his position in our party room is untenable”. 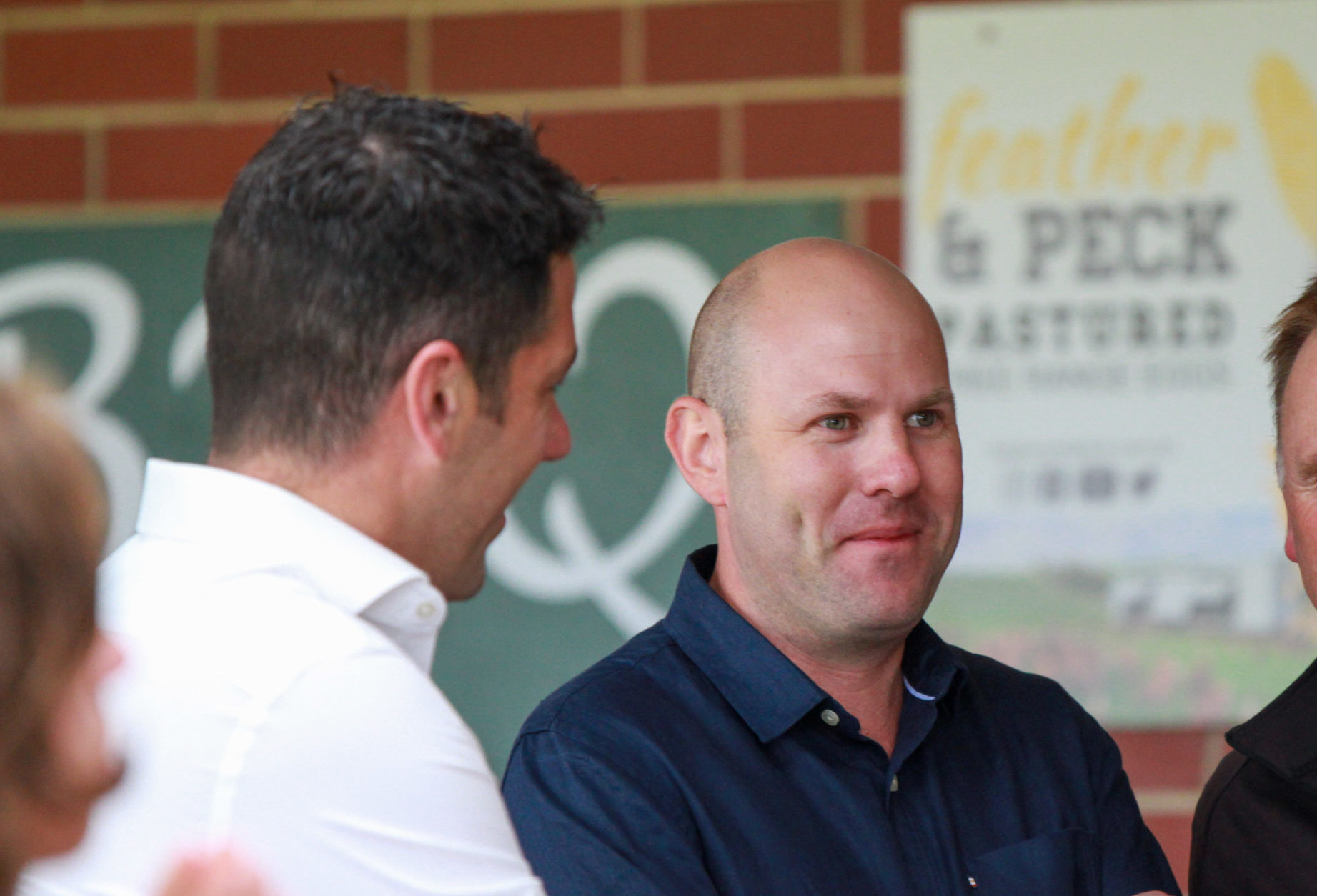 Antic and Ellis both argued they were present as “observers” and did not take part in the vote, which Marshall played down today, saying “local branches are often extraordinarily loyal to their local member… but the party has made a decision, and I have made a decision in terms of the Liberal parliamentary team”.

But federal frontbencher Simon Birmingham, the state party’s most senior moderate faction powerbroker, told ABC Radio Adelaide today: “I don’t think this motion was a helpful thing to do.”

“Sometimes… members express a point of view that is not the one shared by the leadership, but the Premier’s made it clear he doesn’t tolerate, doesn’t accept and will not accept the behaviour that’s been alleged, and the state executive has unanimously backed in the Premier,” he said.

“I think even more appalling was the individual who chose to take a recording and leak it because obviously that individual has undermined the right of all party members to feel that they can speak freely and with some confidence at local branch meetings.”

The show of defiance from Waite members came ahead of Speaker Vincent Tarzia this morning confirming he has halted the independent inquiry he instigated – helmed by private investigator Paul Hocking of Quark & Associates – after police last week reported Duluk for “basic assault” after a complaint was lodged by SA Best MLC Connie Bonaros, who was allegedly groped on the backside by the Waite MP.

“I have been informed that South Australia Police have reported the member for Waite for basic assault,” Tarzia told parliament this morning.

“I have therefore suspended the independent investigation and directed the investigator to halt the process of undertaking any further interviews or sending any witness copies of their statements.

“I have suspended the independent investigation to avoid any potential interference with the police investigation.” 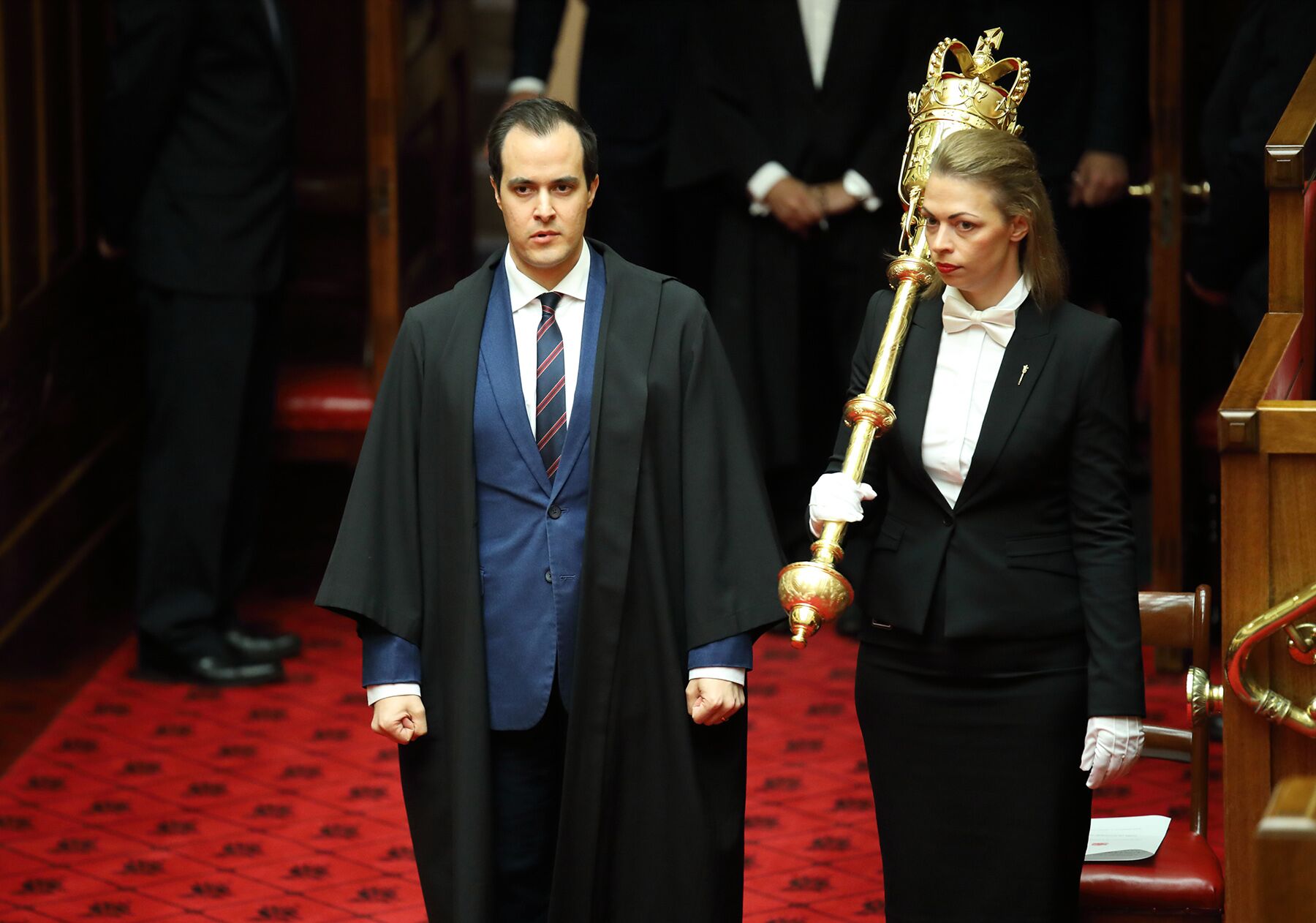 Asked today whether the party was now in open warfare over the Duluk issue, Marshall said: “Absolutely not.”

“I think anybody’s open to go along to these meetings, but [Duluk] is no longer a member of the Liberal Party,” he said.

“Obviously this has been a very high profile issue… it’s been a distraction, but we’ve got to get on with running the state.

“Let’s be clear, branches are often extraordinarily loyal to their local member [and] obviously Sam’s got a huge number of supporters and people who’ve helped him campaign over the years.”

However, there was a distinct factional tone to last night’s proceedings, with former state minister Wayne Matthew – considered moderate-aligned by entrenched conservatives –heard on the recording warning against the message the motion would send to the Premier.

“The Premier has gone out over the weekend and made some very strong statements – he’s on the public record as saying he’s disappointed in Sam for not fully disclosing all the events that occurred,” Matthew told the meeting.

“Because the Premier’s made that statement, if this [motion] goes to state executive – if it becomes public property – it would appear the Waite SEC is in conflict with the Premier.”

Matthew added he did not “see a problem with everyone here expressing support for Sam, but you don’t need to have this branch in conflict with what the Premier has stated publicly over the weekend”.

“It could actually be like throwing him a life rope with an anchor [attached],” he said.

Nonetheless, the motion was carried with a vast majority voting in favour.

Matthew told InDaily today it was “not appropriate that I say anything publicly on this matter”.

“As you will appreciate, I am unimpressed that the meeting proceedings were recorded, and extremely disappointed that they were given to the media,” he said via text message.

Evans too declined to comment, other than to say that Duluk did “a good job and that’s what I’m worried about”.

InDaily has been told moderate aligned former state vice-president Cara Miller attended and did not support the motion. She did not respond to inquiries today.

Right-winger Ellis told InDaily: “I was there simply as a support for Sam.”

“I took the opportunity while in town to support him and check on his mental wellbeing,” he said, adding that he attended “merely as an observer”.

“The bloke’s going through a difficult time – it’s important that his friends and colleagues support him, and make sure his mental health is as good as it can be.

“I think the Premier’s been supportive of his friends and colleagues offering their support for his mental health.” 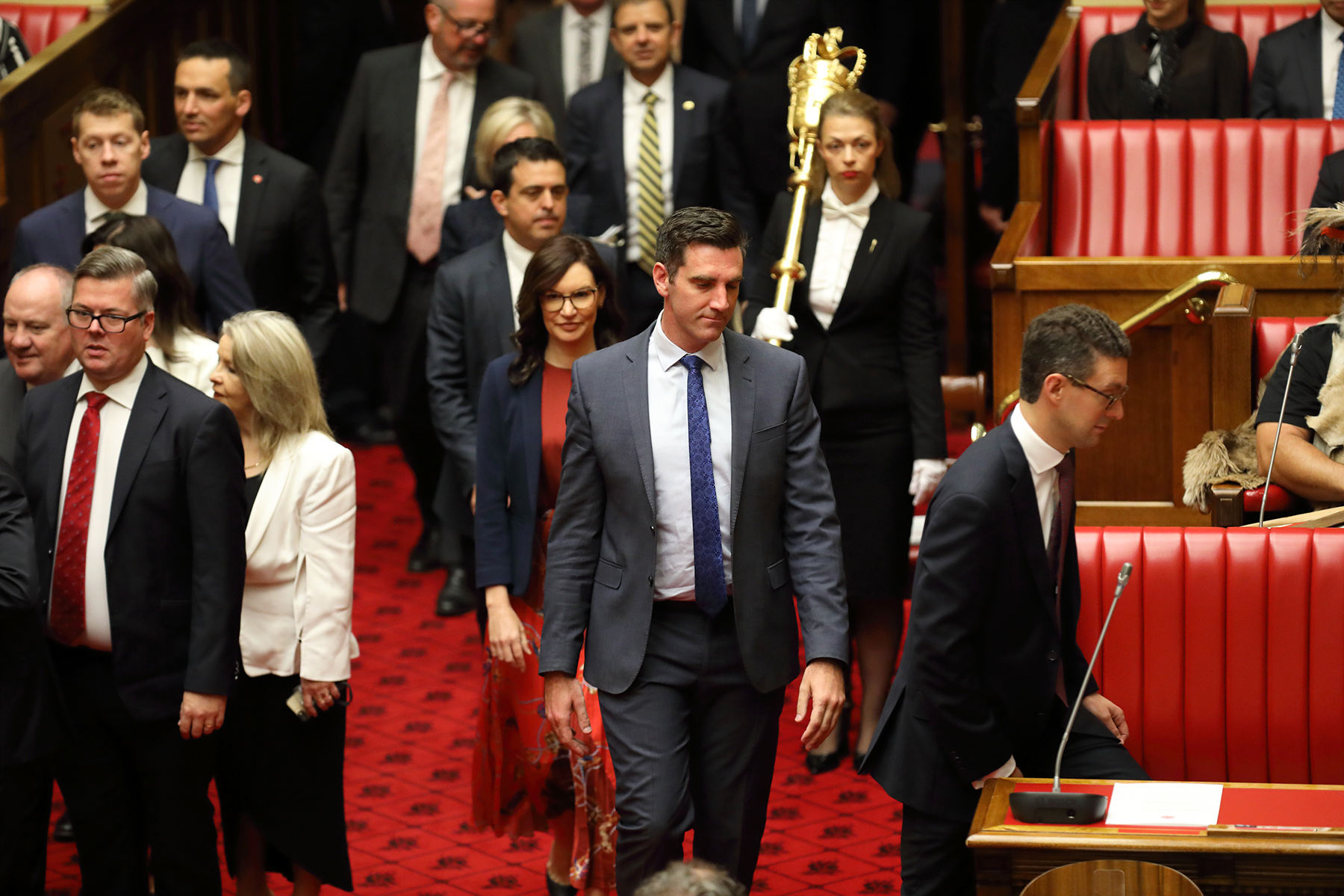 Antic told InDaily: “A key part of my role as a Senator is visiting the party membership across the state.”

“Last night I attended the Waite SEC meeting as an observer as it is not my home SEC.

“Fraser Ellis was in attendance in a similar capacity, his SEC being Narungga… neither of us were entitled to, nor did we, speak on or register a vote on the motion moved.”

An unidentified speaker at the meeting told those gathered it was “only fair that we treat [Duluk] with the respect he deserves”.

“He’s here of his own free will… everyone in this room is a member of the party and I assume is here to support him.”

Another attendee is heard to ask whether there is any media in the room.

Duluk told the meeting it had not been an easy time.

He said because of the police investigation “I’m not in a position to say too much on public record, so I won’t”.

He said as he had suspended his party membership “the relation [between] the branch and myself changes… but rest assured, I’m still your local MP”. 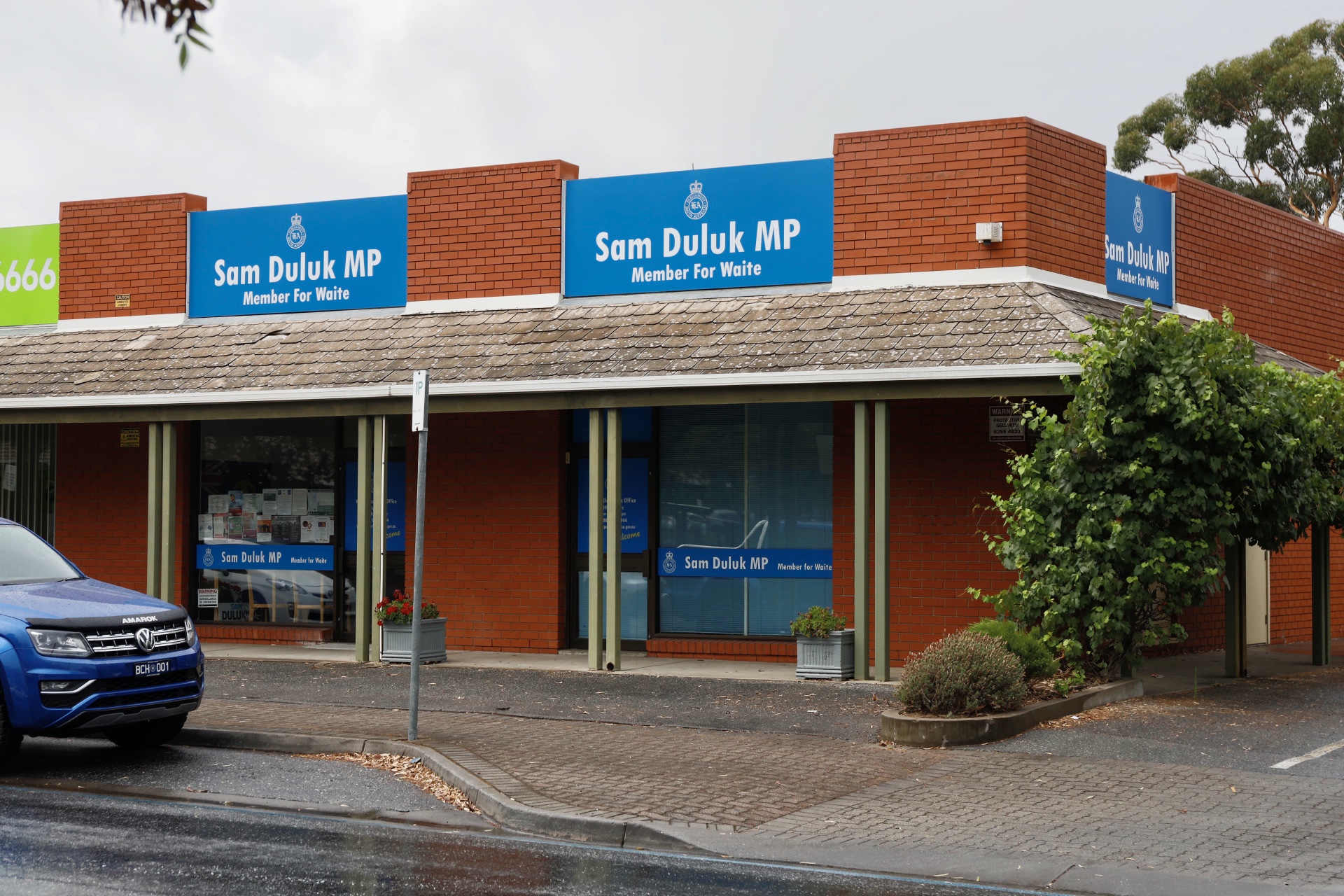 The controversial motion was moved by former Traditional Anglican Communion primate and retired Archbishop John Hepworth, who told the gathering Duluk had taken the “high ground” by making “a mistake and then doing the right thing”.

“Sam [mis]behaved and then apologised, and then – in I thought rather beautiful words – apologised again to the parliament,” he said, adding “I was one who urged him to do that because the alleged behaviour took place within the parliament”.

In the motion, the SEC noted Duluk’s “apology, statement to parliament and subsequent actions in relation to [the events of] 13 December 2019”.

“It’s not our job to canvass police matters or anything like that, or pass judgement – it is our job as members and constituents, especially as members of the party that is the governing party in this state, to make our clear views known to those who might be in a position to do something about it,” he said.

One MP, who declined to be named, said the party was in “open warfare”, calling it “the biggest crisis the Premier’s faced within his own party”.

“This is an open show of defiance against the Premier,” they said.

But Hepworth, who is president of the Boothby federal branch that takes in five state seats, told InDaily today the motion was not intended to defy Marshall, nor condoning Duluk’s alleged behaviour.

“The reason the motion came up was because there was an overwhelming series of phone calls [from people] supporting Sam,” he said.

“They’re not supporting the behaviour [and] we do not and did not disagree with the Premier – we also think the behaviour is totally unacceptable.”

He blasted the leaking of the audio, saying “if we’re going to be recorded secretly at branch meetings – either Liberal or Labor – nobody is going to be able to operate at grassroots level”.

Two of those – Michelle Lensink and Dennis Hood – are incumbents, while Nicola Centofanti appears certain to take the third spot on the ticket and replace new senator Andrew McLachlan as a casual vacancy.