The Adelaide-founded department store chain was placed under voluntary administration in December last year, less than a fortnight after the business was purchased by private equity firm Allegro Funds – which will be first in line to receive the proceeds of its restructure and planned sale.

A spokesperson for Deloitte Australia, whose subsidiary Deloitte Restructuring Services is handling the administration, confirmed in January that the Rundle Mall store would close after 170 years trading, along with 20 other stores across the country.

Now, InDaily can reveal that the not-for-profit Renew Adelaide – which connects start-up businesses with short-term, rent-free leases in vacant properties – has been engaged by the owner of the building, US equity giant Blackstone, to find tenants for part of level one of the complex.

The total vacant area on level one is 3000sqm; Renew Adelaide aims to activate up to a third of that space.

Adelaide architectural firm Das-Studio has partnered with the not-for-profit to help design the physical footprint of what’s being branded the “Rundle Place Culture Club”.

Renew Adelaide CEO Tim Boundy said his organisation would aim to attract a diverse range of tenants – including temporary “bricks-and-mortar” popups for online retailers – as well as arts and cultural events.

“Changes to brick and mortar retail over the past ten years have been affected by the introduction of online retail,” said Boundy.

“However, as the dynamic between brick and mortar retail and online stabilises, a clear value proposition for each retail channel now presents itself and we are seeking to invigorate Rundle Mall’s retail mix by applying them in a curated way.”

Das-Studio director Dino Vrynios said: “Ultimately, we are sensory beings, and if a physical retail space can create a positive experience and stronger connection between a maker and their product or service with a customer, they will be more likely to secure a sale.”

“We also hope that existing retailers who are seeking to do something out of the box may also come forward.

“A concept store or similar that might allow them to showcase their products and/or services in a way that their current stores cannot facilitate … it could even encourage a retailer that doesn’t have a footprint in SA to test the market with a temporary installation.”

He cited as an inspiration for the concept the former MANY 6160 activation in Fremantle, Western Australia, which used 20,000 square metres of department store floor space for a range of purposes including retail, makers, studios, galleries and events. He also mentioned the MK2 Biblioteque activation in Paris as inspiration.

ASX-listed property group Cromwell and AMP Capital walked away from a $250 million deal to buy it from Blackstone in September last year, according to a report in the Australian Financial Review. 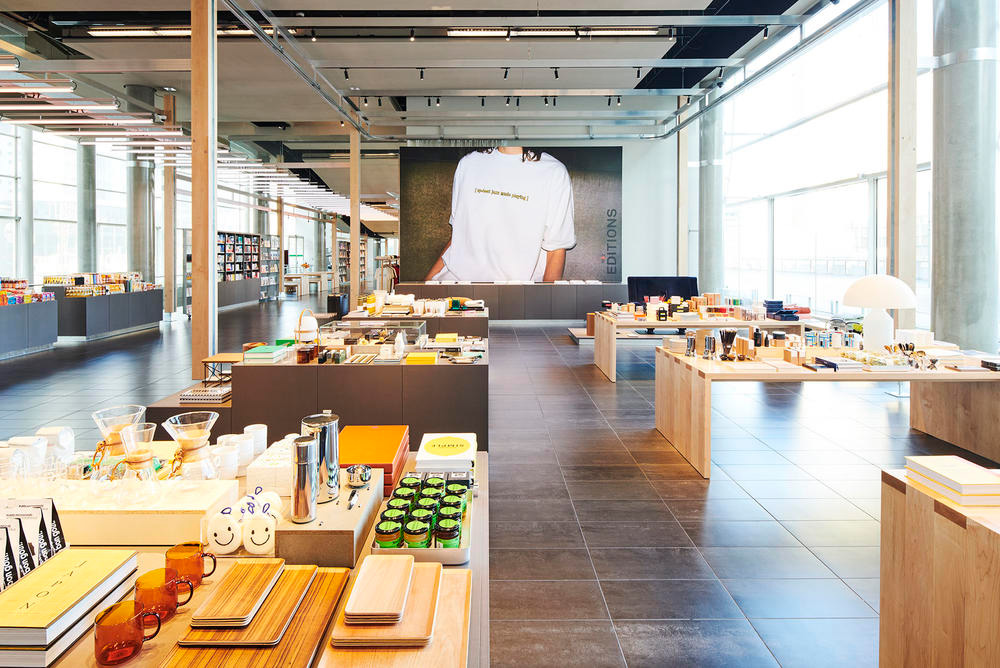 Vrynios said he was excited to be part of the revival of the former Harris Scarfe site.

“To turn the unfortunate exit of Harris Scarfe from the CBD into an opportunity for emerging retailers to make the transition from an idea or an online presence, into a physical footprint is something we are excited to do together with Renew and Blackstone,” said Vrynios.

“We strongly believe that as architects and designers we have the most value to offer at the inception phase of a project when it is no more than a seed of an idea.

“In this way, we can help our clients to bridge the divide between what exists in their minds and the physical realisation of their vision.”

A tenancy callout, posted on the Renew Adelaide website today, appeals to artists and creators to help activate the space.

“We are calling on artists, makers/creators, producers, and retailers to be the critical elements in an immersive, visually engaging experience,” the listing reads.

“Is your workshop ready for an audience? … (Or are you) a food or beverage producer who wants to trial and retail your products to the South Australian market?”

It’s not the first time Renew Adelaide has been engaged to attract tenants to the building, having connected the landlord with art gallery De La Liff, also on level one.

Renew Adelaide and Das-Studio will hold an information session for prospective applicants at the site next Wednesday.