The move came minutes after Premier Steven Marshall announced he had banished the embattled Waite MP from the Liberal partyroom, stung into action after the involvement of police and becoming aware of “further allegations”.

Duluk apologised and stepped down as chair of a key parliamentary committee in January after reports surfaced of his behaviour at the party, at which he was reportedly alleged to have touched SA Best MLC Connie Bonaros inappropriately.

Numerous subsequent allegations about his behaviour have since been aired, prompting him to seek counselling for alcohol use and stand down from all committee work pending an independent investigation.

That inquiry, by Paul Hocking of Reynella-based Quark and Associates, was due to be handed to Speaker Vincent Tarzia today.

But the saga took another twist late this morning with police confirming they had today reported “a 36-year-old man from the southern suburbs… for basic assault alleged to have occurred on 13 December 2019 in Adelaide”.

The statement came in response to media inquiries after a news report by The Advertiser’s Nigel Hunt that Bonaros had lodged a complaint with SAPOL over Duluk’s actions at the Christmas function, reportedly because she was frustrated at the lack of action being taken against the MP by Premier Steven Marshall and the Liberal Party.

Bonaros did not return calls today and her office declined to comment. 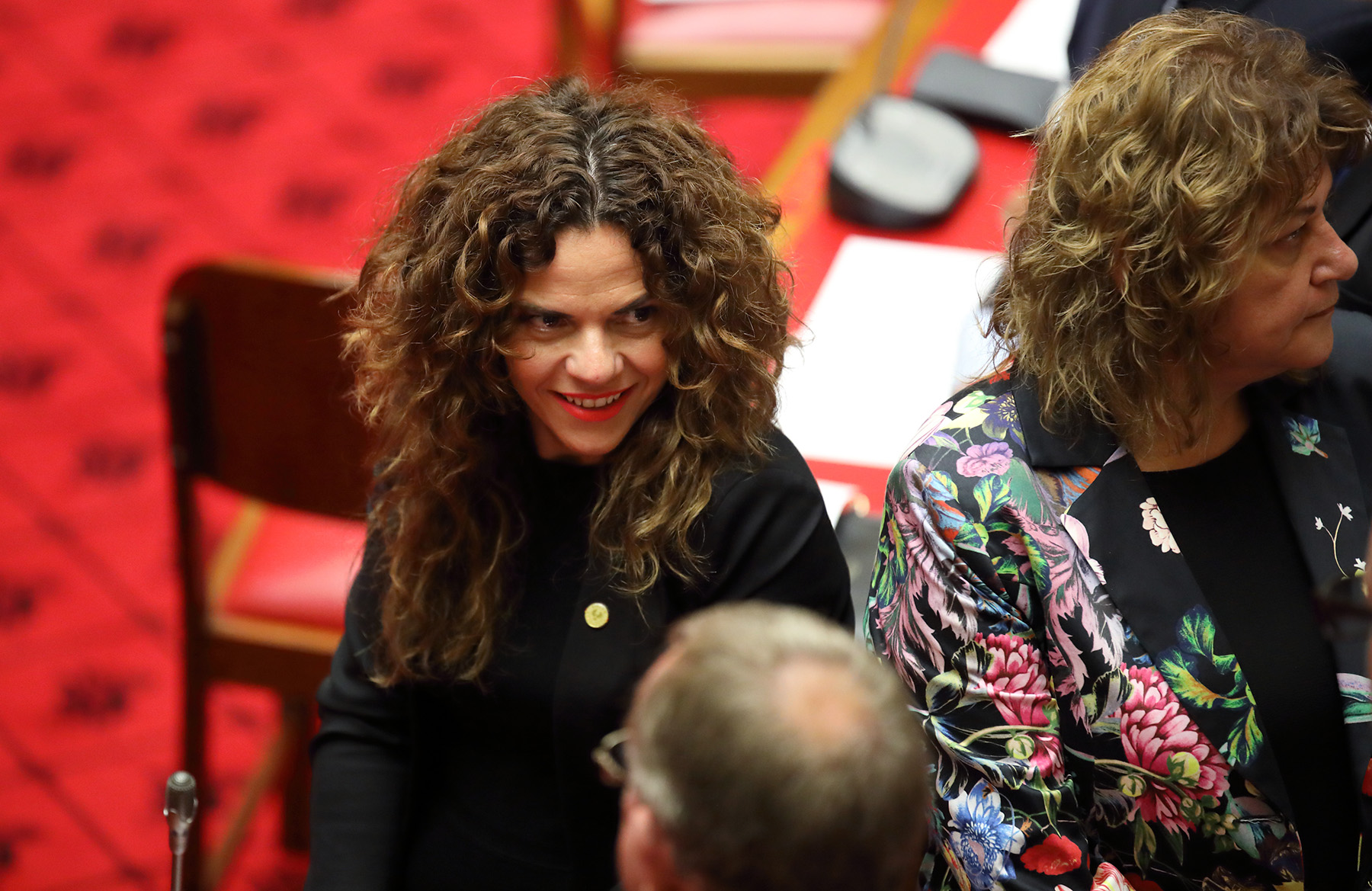 Late this afternoon, Duluk released a statement of his own, saying he had this morning been “informed that I am the subject of a formal report made to SA Police regarding a Christmas event at Parliament House in December 2019”.

“I will take leave from parliament whilst this matter is under investigation,” he said.

“In the interests of the Marshall Liberal Government and the broader Liberal family, I will not attend Liberal Parliamentary meetings, and I will suspend my membership of the party during the course of this investigation, and pending the outcome of this matter.”

However, he added: “I will continue to serve my electorate of Waite to the best of my ability.”

“My public apology is a matter of Parliamentary record and due to the ongoing investigation, I will not be making any further statements in relation to this matter at this time,” Duluk said.

It’s understood police interviewed Duluk before making the report, which is expected to see the MP summonsed to appear in the Adelaide Magistrates Court in coming weeks.

Speaking to reporters before police confirmed their investigation, Marshall said he had no “specific information on that”, adding: “If there is a police investigation, that’s clearly a matter for the police to conduct – the Government won’t be intervening in any way.”

However, late this afternoon the Premier issued a statement saying he had since become aware “of further allegations regarding incidents involving the Member for Waite, Mr Sam Duluk, and his behaviour at Parliament House on Friday 13th December 2019”.

“These incidents were not brought to my attention by Mr Duluk,” he said in the statement.

“To ensure confidentiality of the individuals involved I will not comment further on these matters [but] this new information, combined with reports of a police investigation into Mr Duluk’s behaviour, renders his position in the Liberal Parliamentary Party untenable.”

Marshall said “the type of behaviour that has been publicly canvassed is completely unacceptable and falls well short of the standards expected of all Members of Parliament”.

“Accordingly, I have advised Mr Duluk that he is no longer to participate in any meetings of the Liberal Parliamentary Party,” he said.

It’s likely Duluk’s decision to suspend his own membership will avert an independent decision on his future by the state executive.

Today’s moves will have broader political ramifications, with the Marshall Government set to temporarily lose its outright majority on the floor of parliament, while Duluk’s previously ascendent Right faction will lose an influential voice in the party-room.

Earlier, asked whether Bonaros had raised concerns with him about a lack of action on her allegations, the Premier said: “Absolutely not.”

“When she raised this issue with the Deputy Premier [Vickie Chapman] back in December, we made it very clear if there was anything she’d like us to do or actions she’d like us to take, then we were available for her,” Marshall said at the time.

He noted that he had not spoken to Bonaros at all this year, saying “her contact was with the Deputy Premier, and we’ve offered all the support we can.”

Marshall initially directed Duluk to apologise to Bonaros for his behaviour, however a string of subsequent allegations have since been aired.

Asked if he was aware of any of those allegations when he directed Duluk to apologise, Marshall said: “No.”

“When Connie Bonaros raised the issue with the Deputy Premier, the Deputy Premier rang me immediately, [and] I called Sam Duluk and said ‘my understanding is there was behaviour which was unacceptable in Parliament House last week’… he agreed it was unacceptable, and I then said ‘look, my strong advice is you make an immediate apology’ and he committed to do exactly that,” Marshall said.

“Subsequent to that other allegations have been made, so I think it’s wholly appropriate for there to be a full investigation, and that’s exactly what’s occurred.”

Marshall said subsequent allegations “came out significantly after I made the phone call”.

Asked if he expected further allegations to surface, the Premier said: “I hope not.”

“I think it’s fair to say that Sam didn’t have perfect recollection of what occurred on Friday December 13, and I think that has been a frustrating component of what’s occurred,” he said.

Asked if Duluk had conveyed a lack of recollection in their discussion, the Premier said: “I can’t recall the exact words that he used but he did accept straight up front that his behaviour that night was completely unacceptable.”

Marshall said “there has to be a methodology for gathering the information, and I think the Speaker’s taken the right action”.

In a speech to parliament last week, Tarzia appeared to pre-empt today’s twist by noting there was “nothing preventing any aggrieved person from making a complaint to any relevant body, such as South Australia Police, at any time”.

Marshall today agreed “it’s an option which is open to people if they’ve got allegations, people need to make those to the appropriate body”.